Why There Aren't Many Fat Asian People...And Other Questionably Brilliant Observations 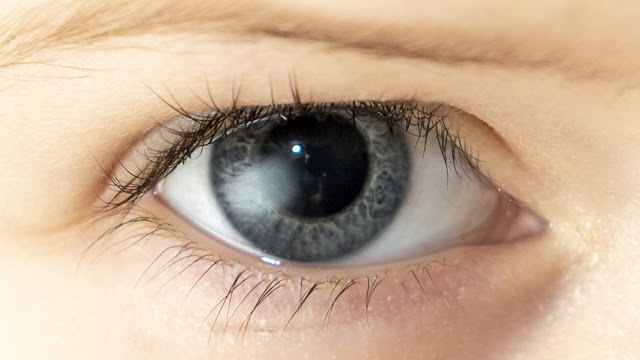 If you ever watched Black Mirror, you may recall the episode where a woman is on her way to a wedding runs into some obstacles causing her social ranking to plummet. Well, being a blogger and not posting in two months does kinda the same thing. Especially if historically for nearly a decade you've been posting once or more each and every week.

Not tired of writing. In fact it's the exact opposite. I'm a masochist who finished and is trying to pitch a first feature length screenplay who began two more--simultaneously.

My thirst for creativity only gets stronger and stronger the more I immerse my self into these works. Satisfyingly addictive and at times terribly difficult but rewarding. Hard to explain. If you're a fellow artist then you totally get it.

So while not shooting stills or motion or blogging, oh, or taking care of Harper and Emma and Stefanie and Bruno (my girls and my pit bull), I'm banging out pages on Final Draft.

Today though, I wanted to share some different shit.

Artists, when not creating, spend a ton of time observing the world; outside and within. Thought I'd share some of the randomness that occupies space in my gray matter.

BE AWARE, what follows has no rhyme or reason so if cohesiveness is what you desire, exit now. I follow 3 act structure and all that jazz when balls deep in Final Draft. Today I just need some release. Hehe. Did you catch that?

Now, I've jotted down a bunch of these observations and the list keeps growing. Having said that, a series of these posts would probably be a good idea but don't hold your breath. I've been known to stall or deviate from such titanic ambitions.

POOPING?
Have you ever found yourself in public, on a bench or other sitting apparatus, on your phone and you realize you are in the exact same position that you have at home, while pooping? You know what I mean; leaned over with elbow dug into knees and two hands on device? And then you think that everyone else sees you and internally laughs at your ridiculous pose? And then you become terribly self conscious and flea the scene?

[This is definitely gonna need to be in series mode unless you people wanna deal with my per usual long and winded posts. IDK. We'll see how my fingers are feeling in a few]

Digression in the making. Coming back.

PASSIVE RACISM?
Until recently, I thought Lisa Ling and Lucy Lu were the same person.

SUPPORTER? REALLY?!
I'm pretty sure that people that have those F.O.P or P.B.A. or whatever police support stickers in the rear windows of their cars are the people that are doing illegal shit. Otherwise, why do they need those stickers?

BILLION DOLLAR INDUSTRY SOLVED IN A SINGLE LESSON
UGH. Weight loss fads. Basic fucking math science people. Get out of the denial and put down the fucking pie.

Stop wasting money and time on bullshit. Eat right and move your ass from time to time.

OK, THERE IS ONE DISCOVERY I'VE MADE IN THE WORLD OF--UH--NOT BEING FAT.

When was the last time you saw something with CHEESE on an AUTHENTIC CHINESE, VIETNAMESE, JAPANESE or etc. menu.

Cheese is the devil man! And trust me, I like cheese. Really expensive cheese. A cheese snob if you will. In addition, I'm not what one would call--SKINNY.

And if you are about to say you order PIZZA ROLLS from your local Chinese restaurant, well, two things::
TECHNOLOGY
2019 and we're still cleaning our teeth with a fucking brush?!
And why the fuck are there still wires and outlets in my house?!

[Maybe one or two more to whet the appetite. Then I may wrap up for today. The eyeball photograph may or may not be the calling card that that post is part of the series. I'll NERD FILE the eyeball photo now or later.

RELIGION
Jehovah's Witnesses?! Really?! Still knocking on doors huh? That whole Internet thing snuck by you I suppose when you were out annoying the shit out of people by knocking on their doors without an invite.

Lemme tell ya something about the pop in. It could be fucking Jesus Christ himself, were resurrected, if I didn't invite him? Guess what? I won't answer that door.

LIFE AND DEATH
I live in Philadelphia, a pretty big city. I've spent lots of time in NYC, an even bigger city. You know what they and other cities have a dick ton of? PIGEONS. Obvious observation right?

Thing is, I see so many Goddamn pigeons but feel the live bird to dead bird ratio is totally skewed. Shouldn't there be more dead birds on the ground?! Where the fuck did they all go?

TIMES UP FOR NOW