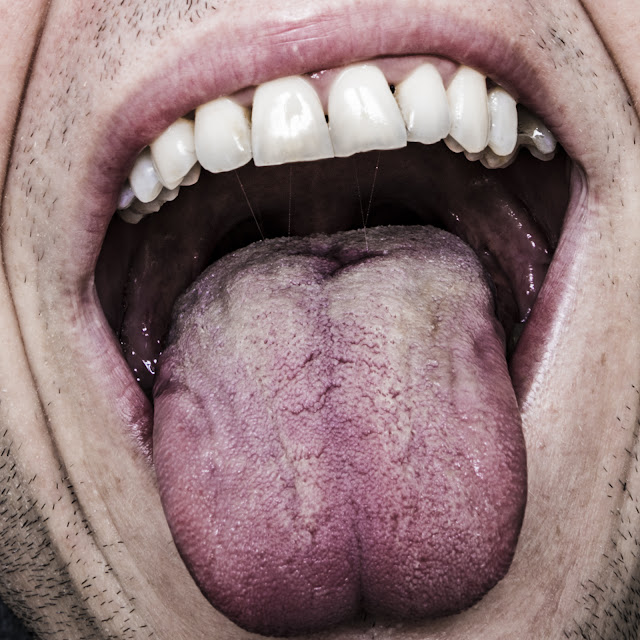 And I'm not talking about 23 and Me or Ancestry. Those are pretty cool actually. Gotta do one myself because according to my mother's recent results, about 5% of my DNA is from a country in The Middle East. Although I don't know which country exactly. Pretty cool. And all my life I thought I was just your standard run-of-the-mill American with European ancestry. No wonder why my Shakshuka is so bangin'.

No. The DNA testing that is or should be the pivotal constant of today's discussion is that of the forensic kind.

What did it ruin and how?

In the good ole days these United States of America were chock full of wonderful charismatic and clever serial killers. Serial killers that would often earn, and rightfully so, mythical statuses.


These names cause your amygdala to fire off more neurotransmitters than dudes firing off ejaculate at an IVF clinic's BOGO open house.

These names cause your amygdala to fire off more neurotransmitters than Rocco Siffredi firing off ejaculate at a naked bare-knuckle brawl.

Point is, they're all less than human and what they've done cause us to have real visceral reactions even by simply seeing their names.

The thing is, these dudes are not only psychopathic, sociopathic or whatever the proper clinical term may be, but they're narcissistic too. And that, my friends, is a dangerous combo.

While first satisfying their appetite for death, they, on some equally primary or at least a secondary level, consciously or not, are in it for the eternal "glory."

And they've all but disappeared...

Before long, many would be serial killers, copycats, and other criminals across the board become wise to the fact that, like it or not, EVERYONE GETS CAUGHT.

But the prison industry is thriving. How? I account that for the fact that a large portion of humans are purely fucking idiots. Oh. I've observed this first hand. There are A LOT of really stupid people in the world. It's jaw-dropping actually. I'm not knocking on those that have committed crimes due to addiction and desperation. They don't belong in the standard prison system anyway. But that's for another discussion.

So this DNA testing comes along and there seems or seemed to be a direct correlation that these classic serial killer profiles begin to fade to extinction.

But they didn't. They mutated.

Stephen Paddock. Eh. Not quite as recognizable as, say, a Jeffery Dahmer, right? But Paddock was the maniac who shot and killed 59 people at that Vegas music festival.

The serial killer is alive and well. Only now they satisfy their thirsts with mass murder in very short time frames versus the former which were executed over vast time frames.

Paddock and other jerk offs like him aren't in the idot sample of humanity. No. He and others know they're gonna get caught but need to kill anyway. So they do it big and fast. As for going down in infamy with the big names like Son of Sam, well that's a gamble.

Take DNA fingerprinting off the table.

And let's pull addiction back into the discussion.

Doesn't matter. Take your pick. Heroin. Booze. Food. What have you. We will call that variable X.

Now we have to get all mathematical so now let's call the addict Z.

The addiction itself will = A and time will = T.

Some Will Hunting shit, right? It may actually work. My brain is weird like that. Or it may be jibberish. But it makes sense to me.

Bob the Atty likes to responsibly have one 18-year-old single malt after dinner every evening, at home. One Monday evening, Bob's wife says she's tired of his ways and said the Glenlivet is no longer allowed in their home. Bob pours the beautiful Scotch down the drain in the kitchen sink. On Friday at 6PM Bob races out of the office and over to The Capital Grille, where he has a perfectly marbled Delmonico steak with his colleagues. After dinner, he heads over to the bar where he polishes of enough 12-year-old Balvenie Doublewoods that the bartender eventually flags him. Bob then wakes up the next morning in a jail cell with a DUI and a whole lot of explaining to do to his wife.

In a nutshell, that's what that crazy formula says.

Back to Paddock. And Paddock is just a name that came up first in my Google search for data for this article. You are free to pick any similar wet fart juice skid mark for context. Actually, to make it less targeted and personalized, let's just do that. We have a dude who shot down and killed some 300 random people at a gun show. His name, before he offed himself in a cowardly fashion, was Wet Fart Juice Skid Mark. Probably Norwegian with a name like that. Let's shorten it to Skid Mark.

Turns out Skid Mark was a partner in a large investment firm; not an idiot.

Now, put this Norwegian, Skid Mark, into the Delorean and back to 1980, six years before DNA testing was ever used for a criminal investigation.

Is it possible or dare I say, likely, that Skid Mark would have, instead of killing 300 in a matter of 5 minutes, killed, say, 30 over the course of 5 years?

Appalling to think about and half of you probably want to knock my block off but let me remind you, this is purely a hypothetical discussion; ABSTRACT THINKING.

Unfortunately, the world has its share of Skid Marks. And until the PreCrime division is up and running and the Precogs are floating in a tank, predicting murder, then the world is gonna have some Skid Marks for the foreseeable future.

As for our Norwegian friend, has DNA testing become his and others', Single Malt Scotch down the drain?

I swear this article was supposed to be super short and so much easier to comprehend. But, as per usual, it did not. My original hypothesis really could have been a Tweet and then I go and write some lunacy like this. Oh well. Hope you enjoyed..... Oh Shit! Almost forgot...

On the fly, I grabbed my Nikon D5, my workhorse, my Suzy Greenberg.  The D5, being the beast that she is, ain't the best choice for handheld selfies but I made it work.

Yes, that is my mouth BUT I ain't that gross and YES my tongue is that short. I'll get back to this stuff in a sec.

So I wanted to light pretty evenly, softly and direct. I quickly mounted a Yongnuo speedlight to the hotshoe and turned the head to face backward. I stood in front of a white door and held the camera at arm's length with a 24-70 2.8 at 70mm. The strobe would bounce off of the large white door and become a large soft source of light. I back focused with my index finger and fired with my thumb. Pretty awkward but it worked.

As for my grill?

I wanted to go for a graphic look. Graphic, as in diagrammatic, not explicit.

First of all, There was more of my head in frame that I wanted. No worries. Enough data in the RAW  file (NEF) that I could push to Scale up to 150 and crop in even tighter.

To get that graphic feel, I took down the Saturation and crushed the Contrast, Blacks, Clarity and Dehaze sliders.

To remedy that, I pained a mask on the denticles and took down the Yellow and even more Saturation in that defined area.

Lastly, I shopped the bits of the everything bagel that were lodged between my incisors with the Healing brush.

Everything was done in the Adobe Camera RAW editor.

Tongue-tied (Ankyloglossia) since birth. Never knew it until both of my daughters had to have procedures for theirs shortly after birth. Luckily I never had any speech issues. In fact, I've been told I sound like an old-school news broadcaster. I don't think so but I've been told.