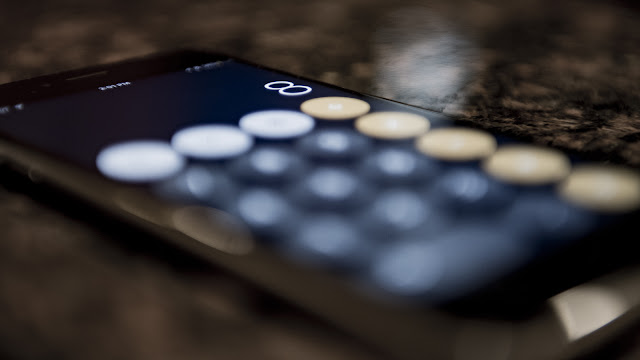 Hey. At least I whipped up a photograph of an “8”. There were years that I went as far as buying a birthday cake and candle for the celebration. There were years that I just shot from the hip or pulled from the archives. This year is a desaturated, big bokeh, iPhone calculator shot. In purely horrific ambient light, even with gangsta White Balance skills that would make dankstas in the trap tremble, this file was a bitch. Not to get into the NERD FILE stuff so fast but sometimes the fingers type faster than my brain can keep up. Furthermore, two sentences ago? Dankstas in the trap? Just been toying around with how they throw spit in the trap communicate in blighted neighborhoods.

The anniversary posts sometimes are chaotic, with little rhyme or reason. Could be a paragraph about photography swag or a paragraph about ego or my two awesome daughters and equally awesome wife and super awesome dog, you never know. See. Just about did it there.

So. If you like to troll for grammar or mistakes or skewed facts, wanting to point out the flaws of others while never taking a risk of your own in life, well, then, YOU ARE IN FACT, IN THE RIGHT PLACE.

I’m sure I wrote the whole back story and the whos, whats, whens, wheres, whys and hows, in one or more of the other anniversary posts so you can search that sappy shit on your own time.

But really, if you or someone you know is considering writing a blog or producing a vlog but are dragging your or their feet on getting that ball rolling, let me drop a bomb that may help or inspire you to turn of Netflix and open up that Macbook.


Blogging was, in more ways that one, symbiotic for my growth; creatively, professionally and mentally. Fuck. Why not throw in physically as well?

Committing to the blog that was primarily based on photographic technique (still does but always pokes and inspires all creatives of any discipline) meant that there also needed to be the commitment to produce new works for each post.

The synergy that resulted from that was exponential.

Why is that significant paragraph written in the past tense? Because it’s over.

No. As the work evolved and the life experiences both professionally and personally, the only natural progression would be that the content would too.

For fuck’s sake, the writing became such a paralleled passion to that of visual works that my masochistic soul decided to take on writing a screenplay which is now in the pitch phase and two more already in the works; those new ones nearly half way through their first drafts each.

[Producers or agents who may be interested in that first completed and awesome screenplay, you can find me at michael@michaelanthonymurphy.com]

The evolution has been so natural.

Now, lemme appease all the pessimists’ hunger because I can feel their rancid breath breathing down my neck.

In the United States, there are nearly 30 million regular bloggers who post at least once a month. That number is rising. And that’s the regular bloggers. To get specific there are probably closer to 1,000,000,000 (one billion) overall.

I couldn’t find the hard number on video bloggers. For shits and giggles let us just say it’s a fuck ton.

Pessimist says about blogging, “Who the hell reads anymore? Vlogging is the only way to go these days.”

Pessimist says about vlogging, “Why do you vlog? Who the hell are you? You’re not that important.”

Do I need to reiterate?

Told you it may get messy in this jawn.

Ugh. I think that jawn may have been the worst comeback word ever. I didn’t like it in the 80s and I don’t like it today.

In fact, I was driving the other day, listening to 88.5 WXPN. This is a public radio station that is licensed to the trustees of The University of Pennsylvania. 88.5 WXPN plays everything from new up and coming indy artists to the more obscure works of the bigger names and a plethora of everything in between.

I forget what song had just ended but he DJ who is great but also sounds like a 40 something clone to Diane Sawyer, said, “I just love that jawn.”

…and I spit my coffee onto my windshield.

Along with Epic, never have I heard a word get played out so hard so fast.

So while all the encompassing variables evolve, so must the blog.

Riskier photographic techniques and works; still and motion. That’s a given.

I dabbled in sharing the screenplay writing experiences but I was concerned that that would be a big shock to the current ecosystem that is primarily the photographic processes and experiences coupled with articles of creativity and inspiration.

While more and more posts focus on the creative world as one serendipitous family, maybe I could slowly incorporate those techniques as well.

You want promises then read a politician’s blog.

I tried to keep the narcissistic urges at bay today so there’s a bonus.

Now, with my regular segues that resemble cheese curds more so than butter…

I don’t typically add the UV filter to the list but as the list was pretty skimpy today, I felt it needed some beefing up.

Subject :: iPhone 6s Plus. I know. It’s old now. Ironically, the camera is, for the most part, busted. But mine and my wife’s are now paid off and the cheaper phone bill is a delight.

Post :: Crushed the Clacks and cranked the Contrast. Pushed the Clarity and pulled the Saturation and Vibrance.

I think that’s that.

Now, on the way to the next milestone or benchmark or what have you—post 300.