DADAPRENEUR :: Observations, Opinions, Objections and Obsessions of (Vol. 3, [another] Stream of Consciousness) 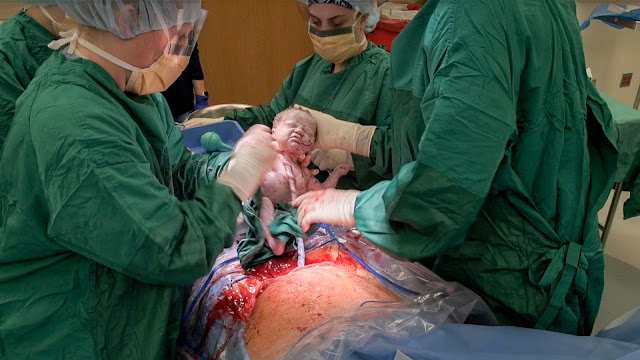 It was the evening of the 21st, December, 2017. Emma, our second, is merely hours old. The first night of four that I would live in room 456 in the Preston building at Pennsylvania Hospital…


My wife Stefanie was doing her best to catch a few Zs. Emma slumbered beside her in the standard issue, transparent, Tupperware-like (sans lid), bin, swaddled of course.

Knowing that a faux leather recliner would be my bed for a few days, coupled with the adrenaline from seeing a human join planet Earth, may have been the reasons I was  obsessively pacing the floor; stir crazy.

I recall gazing from hallway windows, overlooking 8th Street, just below Spruce, pondering the ever changing path that we carve along this amazing journey that is life.

Ironically, while we were celebrating Emma’s birth, on the third floor, opposite the L&D wing, in the CCU, my great uncle Joe DeQuinque would struggle to gain consciousness as his body battled severe infection.

With emotions rushing around my psyche, I opt to take a seat in the hall before heading back to my cell our suite. It was a 20 something black fellow. He sported a big beard and wide leg jeans cut about mid calf. He was pushing a dark gray industrial hamper on wheels. I zeroed in on his glances from jump street. I thought to myself…

No. all delusions aside, I wondered if my junk was hanging out. Really. I under packed for the sentence stay as per my usual modus operandi. So, I decided to ration my unmentionables; commando style. My fly coulda been down. It wasn’t. Maybe it was a boogie on my shirt. A cockroach on my shoulder? Or somebody I wronged in the past and dude’s got a hollow point with my name on it?

Obviously, paranoia began to settle in my already jacked up head.

Room by room the guy would dump linens and throw a glare in my direction as he neared. The closer he got the more I squirmed in my seat, in my skin. I mean I couldn’t punk out and go back to the suite. In fight or flight situations I’ve always been one to scrap it out. However, those days are long long gone. Like college days gone. Interestingly, one of my recurring nightmares is one where I’m in a fight and my punches are slow, weak and ineffective.

The moment of truth arrives. This cat is inches from me and our eyes lock. He proceeds to open his mouth…


“You ever see Criminal Intent? Law and order?”


“Yeah, sorry man. I haven’t seen that show in a long time.”

He disappears down the corridor and into another room.

I try to let it go but with some fair amount of narcissism in my veins, am unable to shake the curiosity of who Goren actually is.

Moments later, I’m back by my wife’s bedside, holding the fragile new life that is Emma.  I try to dismiss the dialogue but can’t seem to shake it. So with Emma in one arm and my iPhone in the other, I break down and Google Criminal Intent.

Vincent D’Onofrio may have aged like a fine bottle of wine but no matter what context I see him in these days, I can only think…

Can you feel me now?

Again, he may be a sexy dude now but Pyle? I remind someone of Pyle? Aye Dios mios.

Well, at the end of the day, nothing could break the natural high that is our brining a second daughter into the world.

Thank you for enduring my S.O.C. Actually wasn’t too long minus the screenplay excerpt. So there’s that.

That lead in photo is actually a framegrab or screengrab or whatever you prefer to call it. I filmed just about the entire C-section with full permission. Be on the lookout for the final edit for your graphic viewing pleasure.