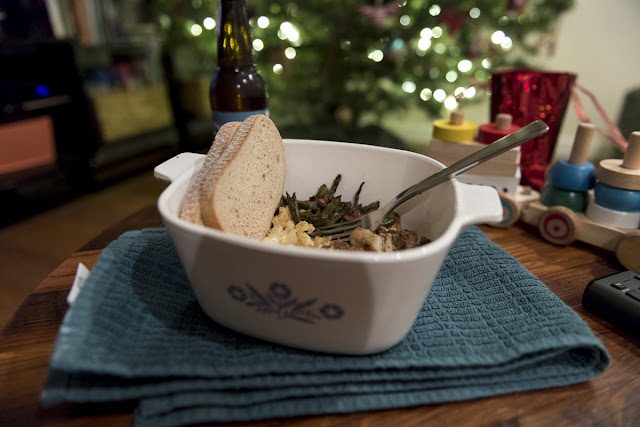 And the kick is good.

The punt that is Thanksgiving sets the holiday season in full motion, without hesitation, without warning, without empathy.

No turning back now.

You endured dry turkey and dry conversation with relatives you really didn't particularly care to see.

A cousin whose mother thinks she was given God's fingers on the ivory. She sucks.

Your uncle tells you of the big layoff and how it's all politics. No. He sucks too. Otherwise he'd still have a job.

An aunt brags about the new stuffing recipe. Yes. It too sucks.

Lest us not forget about your brother's wife Amanda. Of course she was a first time user. Sure. Sure. Just bad luck that she booted that Chinese Fentanyl. Did you guess? Probably not. Well, Jenny, Jenny used to suck but sadly cannot any more.

But yet, you, me, we all endure, year after year, with a big fake fucking smile on our faces.

Am I bitter? Not even a little. In fact, don't know, maybe it's been the meditation repertoire added to my daily to do list. Or maybe I owe it to my wife's teachings. You see, years ago I used to fill with anxiety when attending these or any functions for that matter. An introverted artist. Shocker. Anyhow, and lesson be learned my friends, these days I enter the situations not only open minded but now with a comical take on the events. I had to embrace my own neuroses and use them as secret super powers; entertain myself, in my own head. It's glorious I must say.

I'm a Goddamn fusion, a smoothie of Woody Allen mixed with Larry David. You can be too.

Over pumpkin pie, those corticosteroid levels begin to drop justly with your stress as the end of the evening closes in. You transcend to a place in your mind that is your couch. Cozied up with your wife and kid(s) on the couch. Christmas Vacation on the TV and a seasonal craft brew in hand. After the two hour drive home of course.

And before you know it, December rolls in like a Pagan’s hog at a Toys For Tots run. Reality check. If not seeing everyone again over the next month, add a few more precious loved ones that you missed over the day of the turkey.

But it’s family, right? Through thick and thin.

I kid of course. Sort of.

Now, for those who are honest with themselves (raising my hand), it’s really all about a day of guilt free gluttony, isn’t it? Thanks schmanks. Thanksgiving gives us that first layer of insulation for the pending weather.

Is it part of the tradition that for Thanksgiving, one must carve the turkey with an electric knife? Boy I thought that trend died in the 70s or 80s along with my great grandparents. I guess not because while at my in-laws just the other day, without even having to look, that signature sound sang to my soul, releasing deep memories in the synapses.

Now, deep fried turkey is something I’ve had only twice, about a decade ago and then again this year. In the moisture department, the frizzled bird kicks the oven based fowl to the curb. Here’s the thing though. Oh, you knew it was a coming. The fried flavor is pretty similar to that of the roaster. Having said that, it seems to me to be a big sacrifice in the health department considering that the white meat of a oven cooked bird is, in a standard setting, the only real healthy thing on the table.

How many Americans still put canned cranberry sauce out? While I like and may prefer the jelly-like mold, it’s purely sugar. Hell, even the homemade stuff with the actual berries, tastes like it’s loaded with type ii diabetes.

Stuffing? Gag me with a spoon. Never been a fan. But I’ll tell ya what, there’s a whole lotta unhealthy going into that concoction. Funny, the only time I ever enjoyed stuffing was when I would eat it uncooked, from the box of Stove Top, when I was a kid. They were like little croutons I suppose.

Mashed potatoes? Along with the bird, the papas are staples one and two on my plate. Ever see how much butter goes a nice creamy mash? Fuck me.

Then you maybe green beans or haricot vert if you are a foodie/yuppie/hipster/yipster and like to be cutting edge like myself. I like to think so anyway. I mean I don’t own a pair of 2(X)IST briefs or anything but I did actually buy about ten pair of JKY briefs which look equally cool but slightly less expensive. And that new fly? OMG, some old tech you just never expect to change. Lemme tell ya how comfy this new . . .

This year? Holy crap my mother in law made green beans with bacon. Normally, you see the relative who tries to be creative with the crunchy onion rings mixed with the green beans. How original. I’m being facetious of course. Those things are gross. But this year, all health out the window, those bacon green beans? FIRE. LIT. TRUTH.

Of course you got your corn and otherwise to some degree, other dishes are based on family and/or heritage.

African Americans may throw in collard greens which to date I have no idea what they are. Uh, the Italians (I’m some Italian so know this) throw in sausage to the stuffing or maybe even have manicotti to go with the turkey. Strange but hey.

Going off holiday but it’s all typically the same stuff, on Xmas, I have been introduced to what I recently thought were called a blumpkin. But turns out I was waaaaaaaaayyyyy off on that appellation. Wayyyyy off.

Hey. I don’t even know how I turned this into an examination of holiday health. But these yearly posts, and be assured the links to all the others will be below, are simply personal catharses that thought you would relate to. For shits and giggles.

New here? As a creative blog, more often than not, I’ll dig into the whos, whats, whens, wheres, whys and hows of the photography herein. Sometimes not so don’t hold me to it.

The vessel. In fact I can’t not fathom why I hadn’t used it in the past for a Thanksgiving Leftovers post. Talk about #TB, that exact bowl or whatever it is, hell, I remember my father coming home from work when I was a youngin and his leftovers were always, always in that same bowl. Maybe it’s his. I’ll have to ask. Now it’s actually my chosen bowl for when I opt to eat dinner closer to 10-11pm. Odd hour for dinner but there’s lots of reasoning behind it but too much for here and now. I’m sure I divulged the backstory in another post somewhere in the archives.

Years past when the food was the photograph of the post, it has always been a sandwich. I suppose due to the fact that many people, like myself, make the good ole thanksgiving sammy. Last night, not in the mood for the handheld version, heated up the ingredients in the infamous container, along with a couple pieces of toasted rye bread and just before diggin in, worked up a photograph for your enjoyment. Run on sentence? Maybe. Forgive me.

I was hungry and wanted to eat while the bowl was still hot. Had to work fast.

The meal was placed on the custom reclaimed wood coffee table.

Props? Towel, remote control, Harper’s (my daughter) wooden train and a Flying Fish IPA if not mistaken. All props in frame paradoxically both on purpose and coincidentally.

For the background, I threw in our Christmas tree for some bokeh action. Yeah bokeh! Didn’t actually throw the tree but you know what I meant.

Gear was the one and only Suzy Greenberg, my Nikon D5. In the glass department, strapped on the Nikkor 24-70 2.8G ED. Had the FEISOL carbon fiber tripod system handy but ended up handholding in hopes of saving time and temperature.

In post, tweaking was a bare minimum. Opened the exposure about 1/3 stop and errr took the Kelvin down as I felt I shot it too warm.

Think that about does it. Often my segues to exit are pretty rough. It’s when there’s a good one that I really point it out.

Less than a month and Emma Elizabeth Murphy will be joining planet Earth and more specifically the Murphy digs, along with Harper, Stefanie, Bruno and myself. More to come.