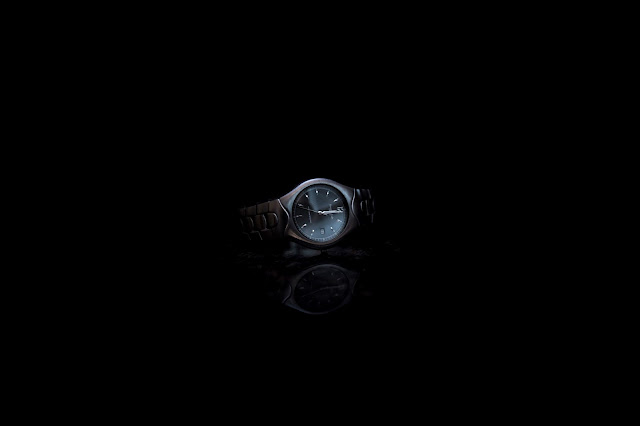 I've been staring, typing, deleting and more staring at this monitor, trying to think of a way to introduce this article without feeling like a total dolt.
While it seems logical that the one with the hardest hustle will be crowned king of success, just how bona fide is this seemingly new paradigm.

It's pretty much instilled into our gray matter from exiting the vagina that hard work will yield a fruitful life.

This theory, although ancient has gained exponential momentum over the decade with entrepreneurs like Gary Vaynerchuk taking to the stage and evolving into the rock star that is of today.

I've been jerking off Gary's rhetoric for well over five years now; swallowing every proverbial load he fires in my direction. Woah. It's so far that I can't even see that line I just crossed.

In all seriousness, I think he and some others like him are ginormous inspirations to my professional life.

While Gary Vee preaches Jab Jab Jab, Right Hook, The title of, if not his first best seller, his schtick has evolved to become anything but. Once a beautiful 90 minute theatrical autobiography of his poor Russian immigrant upbringing who fought the current to become the success that he is today to 30 second riffs about how gangsta his hustle is and BAM, exit stage left.

A few things. First, I dig it, his schtick. Second, I'm not here to critique him or others like him because I've joined that cult. And lastly, What we are here for today is to dissect to some degree this whole hustle thing.

Too Much of a Good Thing or Not Enough of Anything?


Gary, I don't mean to pick on you if you happen to come across this post but just need to use you as a reference. Well, Ok, you are kind of the ringleader in all this so, well, there's that.

With that disclaimer, let's move on.

As mentioned, Gary Vaynerchuk and others like him are really the rock stars of today. In the 80s it was MTV and now it's Facebook. The Us nerds have finally been given our own Utopia.  Like your hippy father watching Talking Heads videos day after day - you know the one, red flower pot like hats - we nerds of today can't get enough keynote speeches of Silicon Valley's greatest geeks; our hearts.

So this word "hustle" finds its way across our feeds. Wanna drop that next big app? HUSTLE. Think you got the chops to out direct Wes Anderson? HUSTLE. Brining back the shoemaker biz? HUSTLE. Gonna sell a million crocheted kitty cat mittens? HUSTLE. I don't know people. Pick your poison and you'll know what I mean.

Gary preaches his working 18 hours a day. OG right? Now, how many kids out there are crushing any and all down time to become just like Gary Vee and ultimately ending up a big zero? Think about it. They idolize Vaynerchuk, emulate his every move and end up broke and living in their parents' basement. Darwinism? Maybe. I can swallow that pill.

Now, what if it's all total bullshit?

So the gospel according to Gary has set the bar. Awesome. Amen. This leads me to a wonderful quote I read somewhere, likely on a social feed of some sort :: 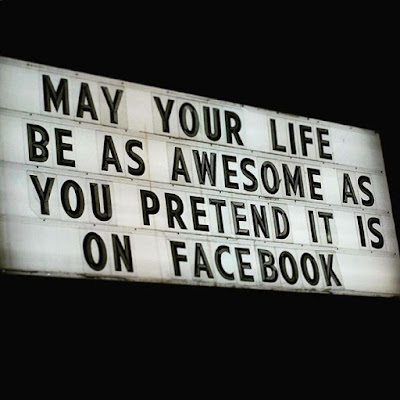 You've all seen some variation of this one right?

Now let's apply that adage to the gospel according to Gary.

And again, this is spun so far beyond Vaynerchuk and we are just using him as a starting point; ground zero if you will.

Yes. Ground Zero. Because his word has spread so far so fast that if it were nuclear, I'd say over half of entrepreneurs across the globe would be radioactive.

Reiterating, hustle is obviously great but today's version of hustle has a juice on it that's never been seen before.

So while all these techies and entrepreneurs are trying to create a perception of themselves and how dope their hustle is, how many of them are doing just that? CREATING PERCEPTION.

There's more bullshit than ever floating around the social webs. And some of it isn't even intentional. Joe Schmoe may be posting so much of the hard working interesting stuff about himself and his game changing idea that over time Mr. Schmoe begins to buy into the fact that he may really be the hardest hitter in the ring. Trivers' Theory of deception? Perhaps.

While Schmoe's sociopathic behavior may be harmless to himself, whom else in his network can buy into his fictional life and truly try to mimic him? Also could be harmless and back to Darwin and the survival of the fittest; not everyone will be a superstar. It's just how the world goes round and round.

So while Joe Schmoe created a perception that he WORKS ROUND THE CLOCK and RUNS HIS EMPIRE LIKE PABLO ESCOBAR, we can hypothesize a few things here ::


Yeah, I just mind fucked you. I know. Thank you.

He does and he does :: Joe actually works 18 hours a day and is a baller. Easy enough.

He does and he does not :: Mr. Schmoe works really hard, really hard and can barely put food on the table. This could be Joe working a ten hour day at his job cleaning chimneys and picking up a few shifts at the bar to get some extra cash as he's upside down in his mortgage and dick deep in credit card debt. Or he's just really really trying to grow his business but just doesn't have the business mind to keep the LLC in the black.

He does not and he does not :: While Joe post photos with him along side of powerful people and only checks in when he's at the most impressive of events, for the most part Mr. Schmoe just likes to smoke weed and play Xbox. As a result he lives in a efficiency with his brother's old futon. Zero ambition.

He does not and he does :: Ahhh. The paradox. Stay with me here people. What if Joe posts some shit about how hard he hustles but actually plays more golf than Donald Trump while at the same time his business is booming?

Smell like Gary Vee could be a culprit associated with that last enigmatic theory?

Not saying it's right or wrong either.

Some people are addicted to the hustle.

Some hustle out of necessity.

Others hustled so hard only to build an empire that is fully automated; a hired think tank of competent executives to make all the big decisions and keep the currency faucet flowing into the till.

What Does it All Mean?

My subjective hypothesis. Was that a redundant statement.

I really have no empirical evidence for as what I'm about to state.

Lemme say that as an artist, part of my job is truly observing the world as it happens; internally and externally.

Just to name a few and you may have heard of them, dudes like President John F. Kennedy, Thomas Edison, Salvador Dali and Albert Einstein, were all known for the pride they took into their daily [NAPPING].

That's not click bait but a link to an exploratory article I wrote about those gentlemen.

People, I'm not talking about a 20 minute snoozer during lunch but instead, regimented extensive amounts of slumber throughout their careers.

This got me thinking, again.

Let's assume Gary Vee, and I love the shit out of him, is truly working 16 hours, everyday. Is there a possibility that he's resulting in diminishing returns by working too hard?

Wait. But he's a baller, right? I don't know. If he worked half as hard could he possibly be the owner of the New York Jets already (His dream)?

Flipping shit on its head for a sec. What if, say, Ben Franklin, who basically worked about 8 hours a day, scrapped all that daily time he held sacred such as dining and socializing, listening to music and resting? What if he worked so fucking hard, 16 hours a day, that this little thing called electricity slipped right out from under him? Think about it.

What really counts for "WORK"?

I recently saw an interview with Aaron Sorkin. You know. The screenwriter who wrote, A Few Good Men, The Social Network and The West Wing, just to name a few.

Mr. Sorkin brought up an interesting point. Not quoting him directly but to share the basic idea of what he was dropping . . .

Sorkin mentioned sitting on the couch, eating pizza and staring at the TV is "work".

There was also an interview I caught with Quinten Tarantino. Um, Kill Bill, Reservoir Dogs, Inglorious Bastards, shit, the list goes on.

Again, Tarantino talks about lazing in the pool. That's writing.

And you know what?!

Some of my greatest ideas are born in one of two places in my home; the toilet and the shower. Just Saying.

Are you starting to put the pieces together? Or is this puzzle just getting more and more bewildering?

If were are talking about following the scientific method; brining hypothesis to theory, then my shit is all jacked up.

But fear not my friends. I wouldn't have led you all this way only to show you there is no water.

I think you and I should take little sprinklings from all of the different ideologies.

When all is said and done, my strong opinion about what the real Formula for Success actually looks like or how much "hustle" you gotta have to be at the pinnacle of your game all depends on one ginormous variable . . .

There's no disagreeing then when it is time to buckle down and work, that hard work yields results. However some people can work hard for 16 hours a day and feel super comfy in that zone. Other folks may be able to crush in 6 hours what that other bloke did in 16. Or you got someone that lazes into it, slow and low, like good BBQ.

Where do you fall? What makes you grow as a human and a professional?

Only YOU can answer that.

It, being the biggest baller in whatever your niche is, is a lot like exercise. You must listen to your body as your body knows best.

Maybe. Hey, it this were an old Which Way Book, the variation of this story would be me telling you to get a crooked doc to write you a Provigil script and get all cranked up to put in more hours on the job. Remember Which Way Books?! OMFG.

So listen to your body and follow suit. You will find that you are your best motivational speaker, unless your not. :-P

At this point I usually do a short BTS of the lead photo of the post. But I'm guessing that by this point if I still have your attention that it's got to be a fucking miracle. Having said that, I'll save the BTS for another article.