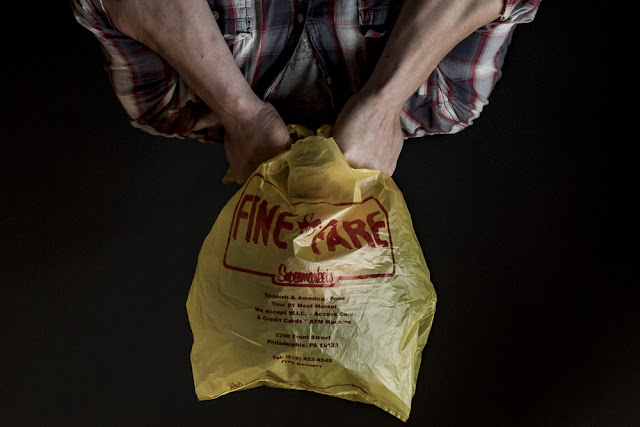 Pun may or may have not been intended.
PREFACE

We all love food. If not then you probably have some fucked up GACT sequence somewhere in your DNA. Survival is the foremost intuition of basically any and all living things on this big blue marble that we call home. Along with the avoidance of being eaten, to do some eating are probably two instincts tied for first place is the game of life.

While many or most people, more specifically, Americans, sustain their existence with simple, convenient and sometimes healthy foods, um, well, let's just say I didn't get a membership card for that campground.

I'm what is often labeled as a "foodie". Pretty self explanatory so we won't dig too deep to define the term by MICHAEL ANTHONY MURPHY :: DICTIONARY.

With that, maybe owed is some sort of summary that qualifies the title. Not only do I really savor every bite of everything that touches my tongue, I opt to search out the new and unique, new but local, gourmet or gross. Think of Andrew Zimmern. Bottom line? If it has a drive-thru I likely do not dine there.

Snob? Maybe. But today goes even further than fast food franchises. Oh no. I take "foodie" and "snob" and smash them together like two protons in The Large Hadron Collider.

Sit back and let me drop some knowledge on your skull.

As a DADAPRENEUR, eating out has hit an all time high. The wife and I like to introduce our daughter, and ourselves, to pioneers of culinary creations. Further, during work hours, wether on the road, scouting out a shoot location or simply needing to work outside of the home studio to avoid cabin fever, I enjoy the opportunities to introduce even more fare to my daughter.

We don't just head into any establishment. 5 star or a hole in the wall is of no importance. Some dives have the best food.

There are, in fact, certain flags that will deter me from getting a seat at a particular restaurant.

WHAT'S IN A NAME?

I'll tell ya what's in a name. Everything!

About now is when you may think I'm living on the loony tunes side of the hospital. That's fine but these are pretty strict guidelines in what will determine I opt for eatery A that happens to be directly across the street from eatery B and serves the same, IDK, let's say BBQ for ease of discussion and less typing for my eager digits.

1. GOURMET :: If the word gourmet needs to be in the actual name of a restaurant, I can bet the farm that the food is anything but.

Shouldn't the food speak for itself? To call your product haute takes some set of balls. Isn't that for the professionals, the critics, the patrons to decide?

On the other hand, I'm pretty sure most people aren't that gullible. Or, fuck, maybe they are?

Sadly, I see gourmet in the title way too much and not to be a dick but they are typically at spots that I wouldn't in a million years, step foot into.

2. INSERT OTHER CITY'S NAME :: Aye dios mios, this one might give me shrinkage more than jumping into a swimming pool in October with a gram of coke running amongst my platelets. You know what I mean? ;)

Example? Should we stick with BBQ or getting bored of it? I'm getting bored of it. Let's go with the cheesesteak. Writing to you from Philadelphia it seems appropriate. Only now for purposes of the story, I'm in Wichita Hungry for something relatively quick but still not crossing over to the franchise dark side of diets, I find a locally owned pizza joint, Wanda's. Ok. Name passes the test. Wanda's Gourmet Pizza would've been a fail as you should know by now. Approaching the front door there's a neon sign hanging in the window ::

Like a turtle my penis just ran for shelter. ARE YOU FUCKING KIDDING ME?!!

My friends. This could be the absolute best cheesesteak ever. Knee weakening. Orgasmic. An evolution and revolution and revelation all wrapped in paradox in an enigma in a riddle. That good. Catch my drift?

Well, I'll never know because the naming campaign, if you will, is atrocious. Who cares you say? I do. I think it says a lot about the "chef" who will be making that sandwich. Lack of ownership.

So you want to make a cheesesteak in DC? Great. Own it mother fucker. Make it awesome and for the love of God, own it!

Better and even tempting for this Philadelphian who probably hasn't eaten a cheesesteak here in about 2 years (bored) would have been . . .

Sure, it's a mouthful but I'm sold. And charge $25 bucks for that fucker while you're at it.

IMO, same goes with the food thing. You can even ship the ingredients from Philly to Wichita or wherever and as long as it's not made in the City of Brotherly Love than it can't be called Philly.

Much love Wichita. Sorry to pick on you for this example.

And trust me, as I'm sure you know, it's everywhere. Chicago deep dish in New York. Maryland crab cakes in Denver.

Own your dish people!!!! Take pride in it.

You know, actually you don't, but at the time of writing I actually outed a few of guilty parties but although I can be a dick I am not a douche. Yes, if you are a douche it is definitely worse than being a dick. You heard it here first.

TYING IT ALL TOGETHER WITH THE THEME . . . SOMEHOW

People, it's the first installation. Pulitzer worthy? Not likely but certainly worthy of a whole buncha eyeballs; yours.

Fact of the matter is these are just two of many things in the world of food that get under my skin. WTF does that have to do with being a DADAPRENEUR?!  I loosely attempted at tying it together before letting lose but you guys are much smarter than that.

Friends, I'm so transparent Windex should be a cosponsor of the blog. Within this and upcoming installments of DADAPRENEUR :: Observations, Opinions, Objections and Obsessions of I'm not just gonna bore you with tales of shitty diapers and scraped knees. I'm certain theres a plethora of mother's out there blogging about exactly that, along with their new SLR and Nifty Fifty, shot wide open with some pastel low contrast shit in post looking exactly like every other photography mom on the inter webs.

Woah. I went way off into left field there. King of digressions right here.

While all those moms can go finger bang each other with their snooze fest stories about how smart little Ethan is or how beautiful their little Sarah is, this installment is gonna flip shit on its head in a different way.

Bottom line? I'm Bringing the truth to you my friends. And I'm doing it with my camera and partner in crime, my daughter Harper.