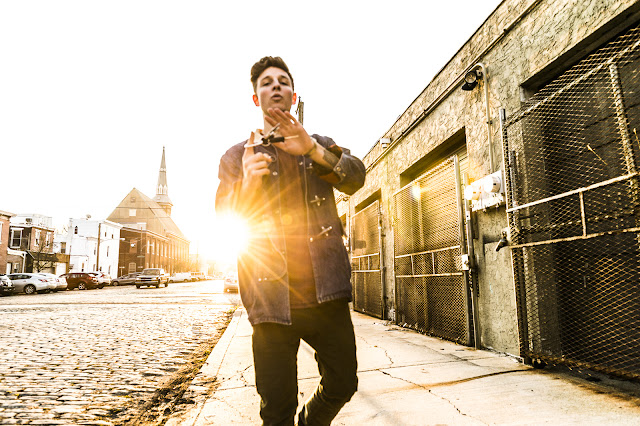 Because on a daily basis, I lug around this big bowl of neuroses sprinkled with fair amounts of narcissism, I'd be willing to say that those among others may be contributing variables that would have the Pulitzer board members wrenching in their seats had they read the recent article, [GOLDSMITH :: part i]. 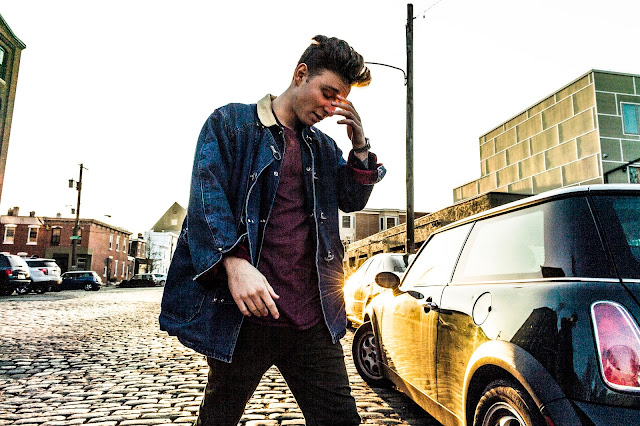 You see? For fuck's sake, I couldn't even open this part ii without it being about me and my issues. #SMFH

Full disclosure. For those of you who skim rather than actually read anything in this day and age, you'll notice I didn't link to a single song, track, composition, or what have you, to that of today's and then's (:/) focus; Goldsmith. 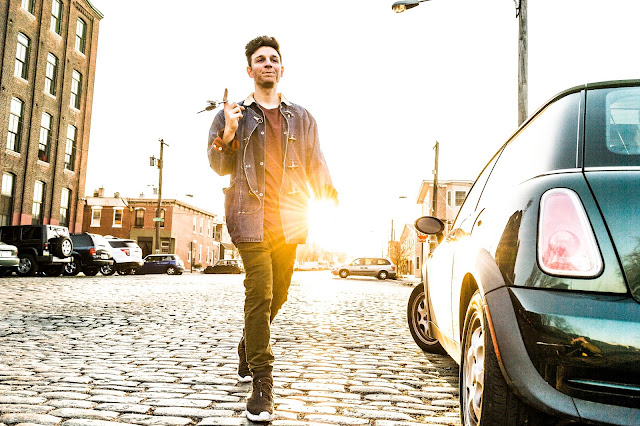 So while part i would be the big rewind, today let's talk about Goldsmith's play-now and fast forward. Get it? Rewind? Play? FF? Pun sooooo intended.

Without further bullshitting and countless futile attempts at a smooth segue into some of Goldsmith's creations, among others that you can embody on Soundcloud . . .

Fire, right? Fire. That's pop culture vernacular that I picked up from Goldsmith first hand. I use the slang in the proper context and everything. The only difference is that I sound like a giant bag of dicks when I try to use it. #JustSaying #NerdLove 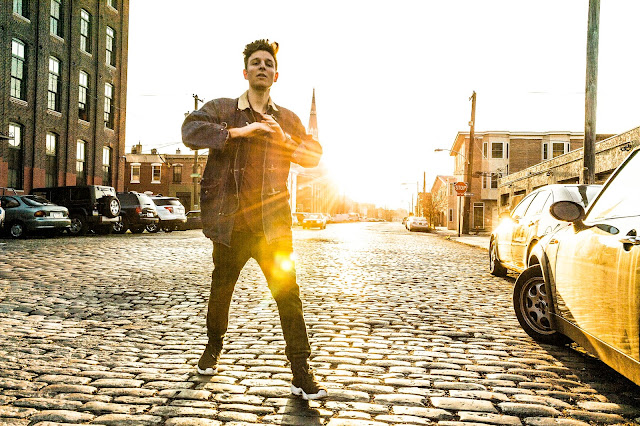 Assuming (I know, I know. The devil's word.) you all listened to both tracks by this point, you'd agree? Fire? Right? ;) Smooth. Uninhibited. Innovative and passionate. Now these descriptors feel much easier said than fire.

Not sure who gets the official credit for the quote but in the creative world it's often shared that . . .

"You don't necessarily have to be better - you have to be different."

Steve Jobs wasn't the first dude to build a computer or an mp3 player or a smartphone for that matter. But as a visionary and an innovator, he turned them into historic and revolutionary devices that continue to dominate the market.

Goldsmith also brings to us also a needed change in his, the music, industry. Lyrics of truth and emotion and finally a rapper not trying to convince us they were brought up in the projects. Along with his vocal talents, he also has skills with various string and percussion instruments. Couple those proficiencies over tracks, some from and enjoyably so, momentous past events, Goldsmith's works are a fresh change from the status quo; different.

Hey, I'm no critic, but as a pathologically transparent person, one who listens to every song Cocaine Blues to Symphonie Fantastique or every artist from DJ Shadow to Charlie Parker to Jack White, I'm the least biased when it comes to music.

As for Goldsmith? He's the real deal.

Currently recording at Turtle Studios in South Philly, you should be on the lookout for Goldsmith's newest album release this upcoming summer of 2017. Along with the new ear candy, also be on the lookout for new music videos and at least one or two new photo shoots by the end of the year with none other than the guy banging away his keyboard typing these very words. Actually, tomorrow, we will both be conceptualizing over our normal beef combos at Nick's. So by the time you read this a shoot date may already be on the books. 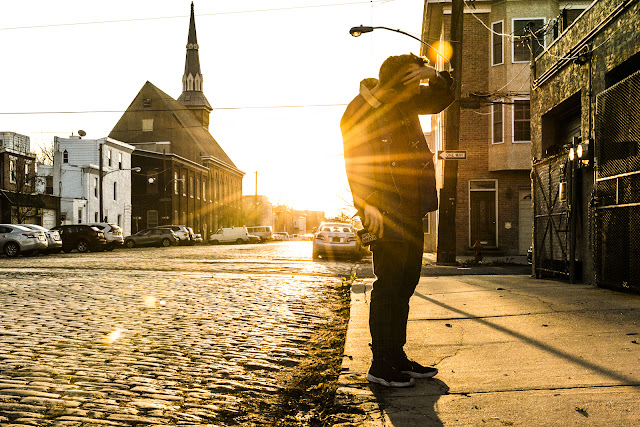 As for labels? I know. It's not a requirement like it was back in the day but still a total badge of honor. Anyway, among others, I'm quite aware that some key members of the Philly based label, Dream Chasers, has a close eye on today's star pupil. I know this, he ain't gonna be a free agent for long, someone is sure to snatch him up sooner than later and you can bet the farm on that.

Well, for those of you who slang pixels on a daily basis, and in this Instagram age, is just about all of us, I guess it doesn't matter if you're a full time Visionmonger or not, maybe you'll enjoy the brief tutorial of how these and the photographs from [part i] were created. #GoodTimes

No worries people. I try to restrain myself from getting way so geeked that I'm dropping bombs of physics and formulae while you're just trying to enjoy the article on your iPhone while you're pooping ;)

Yeah. I went there.

The idea was pretty simple: Urban industrial. Hipster without getting too cliche. Texture. And lens flare. We had to have lens flare. And no, I don't do Photoshop lens flares. I'm a purist. They gotta be had legitimately or not had at all. Ok. I suppose if I really really really had to add them in the digital darkroom, well, I suppose. But boy ain't nothing like the real thing.

Logistically, this shoot couldn't have been more of a nightmare.

But as artists, be it the likes of a musician on stage who forgets a lyric or a photographer on location where all elements, all variables, are pushing back. They always do. . . . Improvise. Period. One of the most essential tools in any of our creative bags. 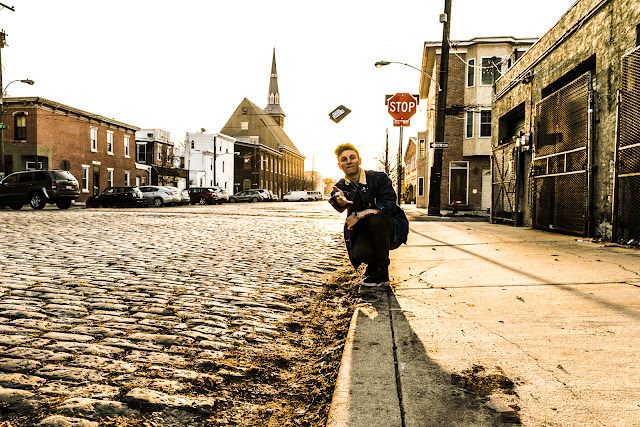 It was February. Cold.

The subjectively optimal sunlight for this particular shoot was dipping fast.

It was just me, Goldsmith and a Mini Cooper filled with minimal amounts of gear. Yep, the Mini in the foreground of a couple of the photos herein. Hey. It played. You go with it. BTW, it's my wife's Cooper. At 6'3" as roomy and comfy as the Mini is, I look kinda funny driving it. In hindsight, not quite sure why we took the Cooper over my Xterra that evening. Hmmm.

There were no assistants to help or lighting to set.

In this situation, it could have been pretty cool to knock down that ambient with a variable neutral density filter and bring in some big strobes, to pop some drama. But that was exactly what I wanted to avoid for this shoot.

Although strobes can build that edge, pop and sharpness that we as photogs love so much, I said fuck it. And not because I didn't lug in the big lights. They were totally at our disposal and I opted to leave them behind.

Shooting directly into this dipping sun would be a son-of-a-bitch but I knew that along with the wanted flare, there would be some nice freak thick crunchiness too. . . . along with a boatload of post production of course.

Me? slathering on the "shop"?

As mentioned, shooting directly into the sun. Not tethered to a shaded laptop. I don't even wear sunglasses, ever. Trying to chimp that 3 inch LCD on back of the Nikon D5 (or that day may have been my ole Nikon D4)? No walk in the park people. Being slightly masochistic, the challenges thrown at me only made the day all the more exciting.

Focus? HA! Nikon has the best focusing systems on our planet but when neither me nor the camera could hardly see our subject, Goldsmith, to focus upon, shit gets pretty difficult. 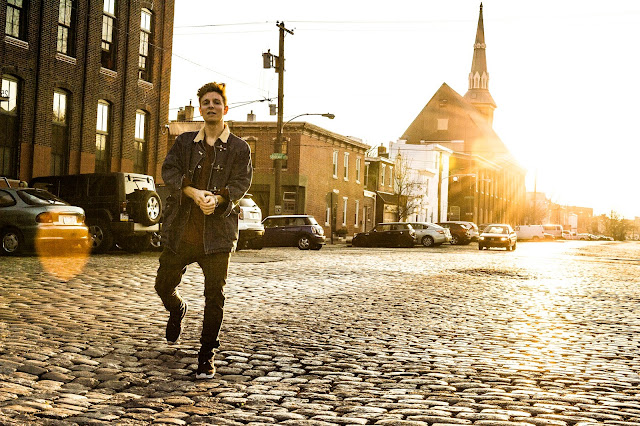 The answer? open up that depth of field, spray and pray.

In this situation an even exposure, getting Goldsmith's face evenly lit with the direct sunlight from behind him, without strobes, is nearly impossible. So, you have a couple options. First, expose for his face and have the sky completely clipped or, second, underexpose the entire scene a bit, bringing the sunlight down so while still blown out, there is more detail retained in the overall scene. Now, you don't want to underexpose so much that the shadow details are lost either. Quite the balancing act. Then, in post, tweak the living crap out of the RAW file to taste.

That's what I did.

Exposure for just about all the images were like this ::

In the digital darkroom, I then cranked the hell out of every adjustment slider you could imagine. And finally for the warm tones? Pushed the Kelvin to a Cloudy preset if I'm not mistaken.

There may in fact be a Part iii. Not sure yet. Stay tuned.

Oh, here's Goldsmith's links to both [Soundcloud] and his handle on Instagram is @reallygoldsmith .