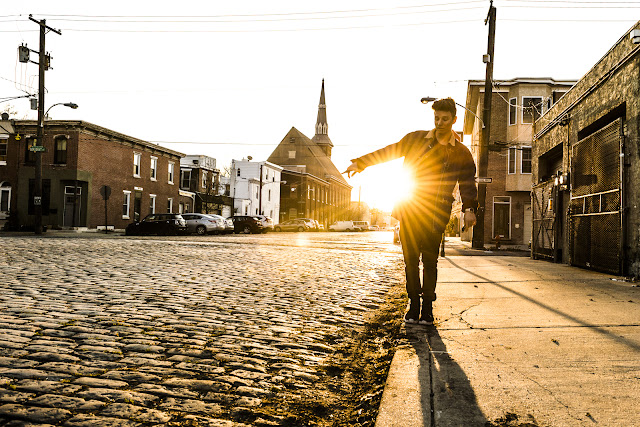 On the old social networks, everyone's a philosopher these days. Or at least those are the posts that Zuck's think tank believes should be shown on my feeds. Rightfully so and rightfully profiled, because I too am guilty of reposting the inspirational words of everyone from Gandhi to Gary Vee. Apollonius to Tim Ferriss.
Maybe Socrates didn't coin this one but some intrinsic factors are pushing me to share this oldie but goody . . .

What about those lemons? We will get there. Relax. Think of this post reading like a Tarantino script. Lots of flashback, flash forward and flash sideways. But hopefully in the end all makes perfect sense in a one big brilliant revelation. We can only hope right?

The how and where I met new rapper

Eh. I don't always like to use the word rapper as in some circles still gets bad connotations. I prefer labels more appropriate as artist or to get specific, musician. We will stay with those. And rightfully so because since Goldsmith and I met, I have seen, with my eyes and ears, the breadth that his talent spans, both vocally and instrumentally. 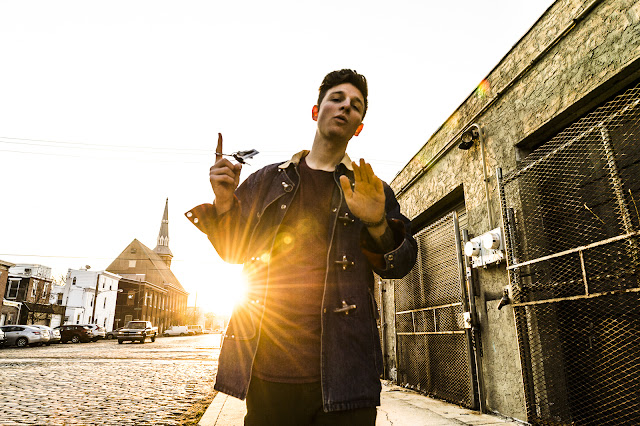 Not in a John Cusack, Kate Beckinsale serendipity. No. Not that there's anything wrong with that of course. But no.

Sort of kind of related but not in a Back to Bacon sense of things, do you guys remember the [Androgyny With Peter Patrikios] shoot? Well if not or have no clue of what I'm talking about, check out this [LINK] to that post to become familiarized so that you can follow along here without questioning my literary technique.

Fuck, I've gone from Tarantino to WHICH WAY BOOKS. How many of you remember those?

So If you were too lazy to click the link or in fact did recall that groundbreaking shoot, then you recall that shoot location was in a new construction building very very close to my digs. Like a spit's distance close.

Give or take 6 months later and contractors finished building those that were to be new homes on the block.

It wasn't long until people moved in and it was this one bloke who we will refer to as "Crazy Moe" who only God knows how, latched on to me like a lost puppy. And friends, Crazy Moe was no nickname. Dude was batshit crazy. PC I may be not but trust me, you never met this cat. Boy do I hope he never reads these words. I guess it's ok though since I used an alias. HA.

Anyhow, seemed I wasn't the only victim of Crazy Joe's amplified, electrified tentacles. One fine summer evening, whilst enjoying the fresh air and sipping a cold goblet of Rochefort, Moe made his way over to me with what seemed to be a friend from my vantage point.

Moe introduces to me, his neighbor. . . . Goldsmith.

At least I think that's how the events unfolded. Close enough.

I may have had my guard up meeting Goldsmith as we all can be greatly judged by the company we keep but I suppose we were both guilty of allowing Moe into our personal spaces. And I could tell right from jump street that Goldsmith was okay people.

Luckily, my instincts were correct. Turns out Goldsmith and I jived and vibed pretty easily. And why wouldn't we, he a musician and me a photographer, both of us heavy on the right hemisphere.

Goldsmith and I became fast friends and sharing similar schedules, shared many a meal, drink and most importantly . . . story.

Boy the life and journey of any musician, especially those in the world of hip hop/rap, is fascinating to me. That film about N.W.A.? "Straight Outta Compton"? Yeah. I mean, learning about the road to musical success in such a cutthroat industry leads me to believe that movie probably hit the nail right on the head. From mismanagement to, well, use your imagination...

I mean it's like the rest of us creatives I suppose. . .

And guess what my friends, if it were all easy, wouldn't everyone be doing it?

Look, I don't know much at all about rap in today's market. I'm a total old school fan, growing up listening to Cube, Snoop, Big Daddy Kane, Tim Dog, Redman, EPMD, Cypress Hill, Black Sheep and many others. Names so obscure that I'd bet Goldsmith, a now seasoned artist, may have never even heard of. 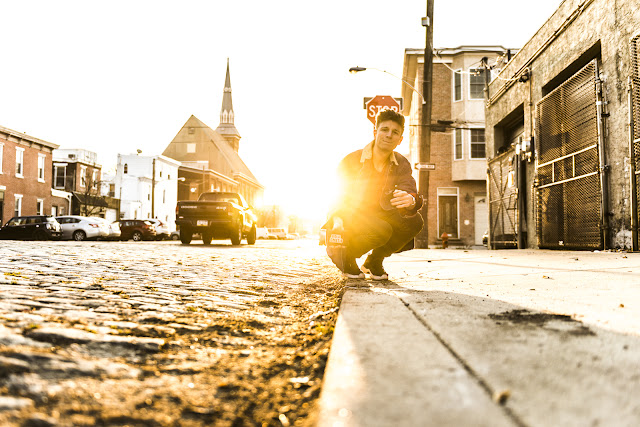 Having said that, from what I do know, seeing Goldsmith perform along side Bubba Sparxx and with total Philly bad ass Beanie Segal, well, I'm like . . . damn. And guess what? That's the early Goldsmith. Now? Shit. He's taking lead and it's the other new kids on the block who are happy to share a stage with him.

Now, don't get me wrong as I could be totally butchering this story. Shocker right? Like I said, I'm not astute when it comes to that world. I know rap artists do a lot of performances mixing it up with one another and I have no clue if there is a hierarchy, aristocracy or pure anarchy. I just don't know. But it's all very intriguing.

Speaking of intrigue . . . Ok, this will be a totally weak segue to this fact flash-sideways. . .

Fun fact people, turns out that construction site where the Patrikios shoot went down, and I'm sure you had an idea but, EXACTLY WHERE, the Patrikios shoot took place in is what would be Goldsmith's living room and other rooms of his house to be some 6 months later.

It wouldn't be long before Goldsmith and I would enter into photo shoot talks.

And what better way than over good food. Real good food.

The old original Nick's Roast Beef at 20th & Jackson, in South Philly, became our meeting joint. And before I go any further. Remember the movie "Elf" with Will Ferrell? Of course you do. It's one of the best holiday movies by far. Well before Buddy heads off for NYC, Santa warns him that there is only Ray's pizza. Many others claiming to be the original but Santa explains where exactly the authentic Ray's resides. Same in Philadelphia goes for Nick's. There are a few around town and none are related. The only real and original, and the best, may I add, is at 20th & Jackson. Nuff said.

The order? Same every time ::

And so began our first collaboration and with that it would't be long before we began to shoot.

Join in for [Part ii] to get down and dirty with the shoot details and NERD FILE ::

Carpal Tunnel starting to act up in these hands.

Oh, and of course we gotta bring it back to those lemons somehow. No worries, I didn't forget.