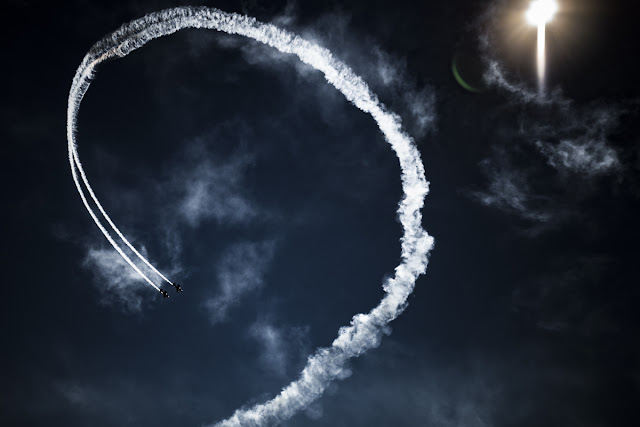 Grab a nice glass of pinot noir and cozy up for a nice educational and entertaining read. Because we are all have attention spans of house flies these days and we all should read just a bit more. Feed your brain people. Videos are great but you gotta slow the neurons down once in a while. Ingest. Enjoy.

Having said that, back the days when I was slinging drinks, there was an old timer who came in every day around noon to begin this one man race of who can drink the most Heineken bottles before 5pm. One his most hilarious quotes that he uttered at least once a week ::

Pretty picture he paints, doesn't he?

My point is, can we marry the two adages; a unity of paradoxical paradigms?

It was any Friday evening. Stefanie and I debating over Phô or Pad Thai while Harper giggles at our antics in the background. Somewhere commingled among the culinary cravings and pitter patter of little feet, a usual conversation about the weekend's plans is sprinkled therein.

Often, on Saturday, it's studio or digital darkroom work for me while the wife and child hit the road to leave me to my brilliant works madness.

Sundays, we try to commit some family time as for the other 85.7% of the week, we are working on our hustle.

Not uncommon, on this particular Sunday, we opted for a road trip to Ocean City, New Jersey (OCNJ). Actually, it's hardly a road trip as it's just over an hour drive from Philadelphia.

Sunday morning we packed up the car. Mostly baby stuff: diaper bag, bottles, etc. On more occasions than not, I pack up some photo gear. Lugging my Large Tenba pack isn't ideal for every day trip although, I do load a good portion of the studio from time to time. Other times I don't bring anything except the camera in my pocket; the iPhone.

On this day, for whatever cosmic forces pushed or pulled, I grabbed a satchel, or man purse, and simply loaded up my new flagship Nikon, the Nikon D5 with a loaner Nikon, or Nikkor, or whatever pleases you, 24-70mm f/2.8, the middle child of the Holy Trinity. That's it. Oh wait, Actually, I threw in one Hoya 77mm ND filter and a [Pro]Master 77mm Variable ND filter with a not-so-happy post about the later soon to be posted. Loaner? Long story. Another post.

After a hot 24 ounce cup of Joe, we arrived to OCNJ via i95 to the Walt Whitman to Rte. 42 to the ACX and Garden State Parkway. Normally we pop onto the island by way of 9th St. or the Longport side. Not surprisingly, while having some deep provocative and inspiring discussion (or not), my attention had drifted and we, or I, missed the exit. A first. Seriously.

No worries as we entered through the south side of the island. Normally parking at the inlet on the north end or around Corinthian and St. James Pl., just above the commercial attractions of the boardwalk. Actually, we used to hit the south end at 59th Street when I could do some big surf fishing or photograph surfers. As of the last year or so the rearranged that entire stretch of beach to accommodate families, children and swimmers. How to know? The lifeguard stand. Bummer. No worries though, I still have a few secret locations that I won't divulge here.

After all, we parked at 23nd and Wesley; the boardwalk end on the south side of the island.

Wife packaged child while I packaged, rather unpackaged Suzy Greenberg. Oh, for those that don't know, that's my Nikon D5 's name. And no, I'm not a Phish fan.

Unpackaged. Normally, I'd throw my man purse over the shoulder and pound the pavement, or in this case, the boards, in this manner. Can you say cosmic forces? Yeah. Instead of carrying everything as one package, I pulled the D5 out and let her hang independently over one shoulder and the satchel on another. So touristy. I'd usually make fun of people like this but those fucking cosmic forces. Ok, this wasn't cosmogonic by any means. Fact of the matter is, being that at the time of this writing, there aren't a whole hell of a lot of Nikon D5 owners as the camera was just announced early in the year and only began to ship in May, late May. With that, admittedly, I wanted to flaunt the goods a bit; pimp my ride if you will. Ego. It's a killer.

Heading northbound on the boardwalk, I shit you not, I had to stop to tie my shoe. Cosmogonic people. Seconds thereafter, a fellow photographer, with camera on her shoulder, saw The Bat Signal and engaged.

The woman assumed I was there for the Air Show. I explained that my family and I knew nothing of any such event, that we were simply there for some random exploration and Manco and Manco's of course. Quickly intrigued by her statement, I dug deeper. Seems the Air Show would have its best viewing somewhere between 9th and 16th Streets and to run from 1 to 3pm.

It was 12:30. That gives us just enough time to hit Manco and Manco's for a slice and find a proper spot on the beach. The show would be right over the coastline. Just far enough out over the water to minimize casualties in case of a tragic disaster. My guess anyway.

Now friends, if you've been paying close attention, and you know your gear, you may have caught the proverbial dick that hit me in this metaphorical storm.

We parked our asses inches from the tidemark. There, Harper could run about in the water while watching, in amazement, the spectacular arial feats about to commence. FYI, our daughter, Harper, 17 months on Earth at the time of this writing, fucking loves airplanes and helicopters. What a lucky day to end up at the beach.

The sky was as clear as a hooker's high heels. Not what I dig for drama in my body of work but for this occasion? Perfect.

This would be Suzy Greenberg's first day on the beach, salt water and salt air for that matter. No worries. The Nikon D5 is built like a tank, ready for any and all elements. She's even ready for the pixel peeper haters who read stats about dynamic range shortages below ISO 400. Yo, I shot the Nikon D4 for four years and now the Nikon D5. I can be the first to say that unless you're a robot you really cannot notice any deficits. Stat stalkers, if you are cranking your shadows up into the highlight range and seeing noise in what once were shadows, pixel peeping is the least of your worries.

I digress but had to sneak that in there today. People. The Nikon D5 is an evolution from the 4 and 4s.  I promise. I'm an owner, not just some creeper that reads web threads while living in their mom's basement. Get out and shoot people. Fuck me sideways why don't ya.

If I may, I think there's a Get Out of Jail Free here somewhere.

Only strapped with a Nikkor 24-70mm f/2.8G ED, well, that'd be like shooting Zika mosquitoes in Miami, from Disney World, with an iPhone. Ok, slight exaggeration but you're picking up what I'm putting down, I'm sure.

To "properly" capture an Airshow, you'll have to consider the distances.

You better be up on your Geometry or more specifically; The Pythagorean Theorem. 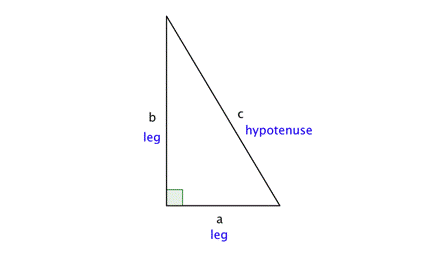 Has your past come back to haunt you?

The Pythagorean Theorem allows us to find the hypotenuse (c) of a right triangle whereas ::

Let's say that for the sake of argument that at their closest, the planes were about 100 ft. beyond the tidemark, our location. With that in mind, I could guesstimate that at their very very lowest, just over the water, the planes hit, um, 35 ft., maybe.

Let's figure out the hypotenuse which would be the distance from my shooting location to the closest the planes were at any given moment.

With those figures we can deduce ::

So the hypotenuse, the distance between the camera and the planes at their very closest is 105.9 ft. People! I typically shoot my subjects with an 85mm at about 5 ft. from the front of the lens. Of course that's a headshot session but just wanted to give you a mental image. So I was working with 70mm on a full frame, yielding 70mm, at the longest zoom.

All geek-ness aside, the point here is even if I go waist deep into the ocean, getting the planes to fill the frame would be quite a challenge. And remember, 105.9 ft. is their very closest. The other 95% of the show, the were up, down and zig zagging all around.

A 70-200 would mayyyybbbeeee cut the mustard, with the majority of they being at 200mm.

But I had no idea of this show. Right? So I'm in the clear? Or am I making excuses and should've had and should have every length of glass, with Suzy Greenberg at any given moment.

What to do? Throw my hands up in the air, say fuck it, and eat funnel cake and cotton candy?

If you are striving for mediocrity that's what you do. If you are a winner, you figure shit out.

Think the fuck outside of the fucking box.

Hey, I hadn't cursed most of the post so I had to let loos a bit.

As far as I could stretch that 70mm, it's still only gonna be 70mm. Ok, Ok, I can crop later but for what my mind's eye wanted required 300mm minimum. Cropping this much would head into dangerous territory.

I had to improvise.

Didn't have to but my inner creative self needed to.

I would have felt horrible if I left Ocean City without making something beautiful with the canvas they had offered me.

So rather than stretch my neck like a Peter Hurley client on steroids, I took a step back.

Realized there was more happening that meets the eye (of everyone else).

And with that the shot that opens today's post.

You ain't gonna zoom into this photo on your monitor and see the pilots making obscene and perverted gestures at each other while whizzing by. As you can see, it's more a fine art scene.

Post production? A lot. The sky was so light and bland that I cranked down the luminance in the blues. The clarity was also cranked along with some dehaze, a new fav of mine. A tad of crop to frame the scene just right and that's about it.