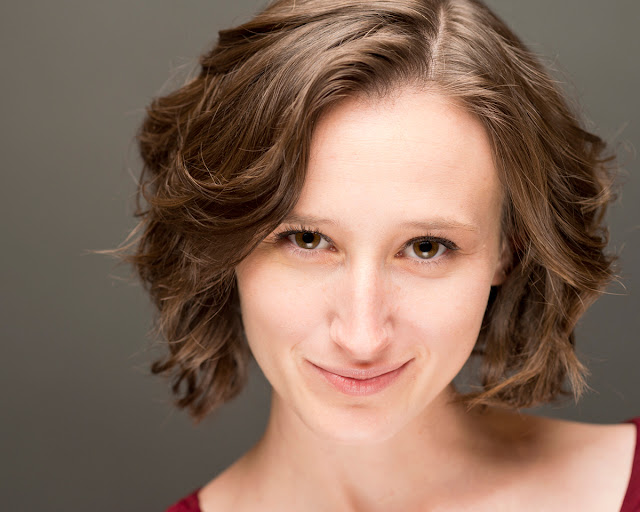 Yeah yeah yeah. That's some long ass title and even more I drop a bomb like "study." So official sounding. So academic.

The Bryanna Gallagher shoot.
Headshots. Probably one of my favorite genres of the stills work that I shoot these days. Do I like shooting furniture, clothing and such? Absofuckinglutely.

A. Yes, I have spoken to inanimate subjects in the studio.

B. Contrary to what you may think, it is easier to direct actual intelligent life than it is directing a bowl of soup or a dining room table. As much as you try to will that bowl of soup to make love to the camera, my friend, it just ain't gonna happen.

I first had the opportunity to work with Bryanna back in 2015 (I know it was just last year at the time of writing but ten years from now, I won't have to edit this post). You can check out that [post] now or later. Doesn't matter but it's a great read, just like this one of course. ;)

Anyhow, Gallagher was referred to me by a fellow actor and mutual friend, Brian Gallagher. No, they are not related whatsoever. Kooky right? Yep, I thought so too.

Long story short (oops, too late), at that time Bryanna was just getting her feet wet in the dog eat dog (do dogs eat other dogs? hmmmm) world of acting. Prior to our 2015 session, Bry had only headshots that she had done at JCPenny. I shit you not. Needless to say, her phone wasn't ringing off the hook.

After that session, I was stoked to hear that Bryanna was getting some legit auditions in NYC and DC, calls that she just wasn't getting with those JCPenny headshots. Shocking. LMAO. SMFH.

Look, besides the headshot, credit has to be given where it's due, to the talent; Bryanna Gallagher.

People, Hollywood has been leveraged by social media. Where gatekeepers kept the society secretive and unattainable, the internet has crushed those limitations. Suddenly, that vast, mesmerizing and unknown world had been shrunken down to something we could wrap our heads around. Further, as this shrinkage is occurring, so is the speed of our spoken words.

My point? If Bryanna rocks out her audition in SoHo, as we all know, that talent can be known to an agent in LA in the blink of an eye.

No shit you say. Right?

Well how many of you still have some bullshit selfie as your profile pic on your professional pages? It's suicide people. Don't even waste time posting witty posts thinking someone or anyone is even paying attention. Fuck me sideways people!

Now, as for those who know how fast word travels and how many eyeballs can be on them at any given moment, especially those trying to break into film, know the importance of a super rad headshot. It's your resume's cover letter. Period.

And to iterate, headshots from JCPenny, or Walmart, or Target, or Kmart will NEVER be super rad. Remember Rain Man? So how to we take Bryanna from weeping after her JCPenny session to shedding tears of joy after a MICHAEL ANTHONY MURPHY :: PRODUCTIONS session?

First of all, I loathe even hearing my name in the same sentence as JCPenny. Second, excuse the brief ego and narcissism. Look, every artist is narcissistic to some degree, no matter how much they say they aren't. We all hide it by wearing dirty jeans and beat up Chucks. But if you dig, it's in there. I promise. I digress.

Besides technique, which we will talk about, relax my fellow geeks, the element that takes a shitty headshot to stellar, is not the gear but the person behind the gear; the director. Yes, I've been using the term director more often than photographer these days as in this era, we do so much more than hold a flash up high with one hand and release the shutter with the other.

As for the kid at Target taking your photograph? Not only is he/she NOT a photographer, shit, the only salad they've had tossed has been a chicken Ceaser. #justsaying #inexperience

Hey, maybe one or two has the desire to one day work professionally behind the camera but for $10 an hour, if you think that dude or dudette is gonna help your CAREER, you better think again my friend. YOUR CAREER!!!!

You can tell I've had too much caffeine when my posts are scatterbrained like today's. Thank you for tolerating my insanity.

So yes, An uber dope headshot starts with great direction. Back in 2015 :) when Bryanna showed up after only sitting for an acne faced putz in JCPenny, I could tell that she needed molding.

Fast forward to 2016. Fast forward past countless auditions and table reads and she walks into the studio with a gangsta lean in her strut. Exaggerating of course.

In this session, I could tell that she remembered everything she learned the year before. Speaking of tears. I was so fucking proud of her.

You know how I knew she felt cool and collected on this shoot? Yo, after she declined my offer to find her any music she would like, just a few frames in Bry stepped out of frame and hijacked control of my iTunes. It was pretty awesome.

The breadth of lighting scenarios I use for headshots is pretty wide while being narrow at the same time.

The base is clamshell lighting using the recessed 28 inch Westcott Apollo Softbox as the key and directly overhead and hardly out of frame with a 40 inch Westcott reflector underneath as a fill. The combo really makes hers and everyone's head get that super creamy and super glowy pop that just fills the frame with wonder and amazement. I went too far there didn't I?

As the base, the narrowness (is that even a word?), I get wide with subtle variations of this classic setup. Angles for shadows, Inverse square applications and what have you. It all depends on the model.

The strobe doing the wet work inside that wonderful mod? It's the Yongnuo YN 568 EX , a new favorite brand-O-mine. Why? Homeys. For a C-note, you get the same performance and build as a proprietary brand that is 6 or 700% more expensive and 1/2000th the cost of a single Profoto B2 Air kit. Ok, I'm kinda crushin' on the Profoto line as I always have but, well, for my body of work, if not using hot lights for film, the good ole Vivitar 285 bricks and Yongnuo speedlites have been more than sufficient.

Go ahead. challenge that shit. I dare ya. Fuck it. I triple dog dare you. Yup, skipped right over the double dog dare. I'm that crazy.

Let's talk some exposure. Hold on. Gotta go check the metadata on those files. People, I totally used to be the guy asking shit like, "yo man, hey man, what f-stop did you shoot that at?" Ugh. I was such a douche.

People want to know and I aim to please. 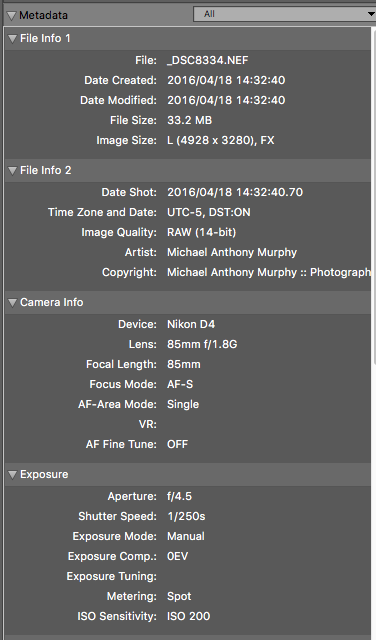 Yup, that lazy right now that I couldn't manually type in the exposures and other meta. Ha. No worries. I will elaborate the best I can.

1/250 shutter is Nikon's max sync speed for strobe which I like to work at in studio. On location, there may be some ambient to use as another light source which will then vary the shutter one way or another.

At f/4.5 and ISO 200, I could get enough depth and cleanliness, respectively, with the 85 1.8, while not taxing the strobe for recycle times. Whaaaaat. Excuse me while I drop the mic.

Questions? Comments? Go fuck yourself. Hah. KIDDING. I love you all!

I welcome you all in my home and heart. First of all, please comment below as my IT guy is working on the glitch that is not allowing you or myself from seeing comments. But they are there. We just can't see them. Actually, you may be able to if you read the post as a newsfeed. I forget. But it's a work in progress.

Where was I? Oh yeah. Qs and Cs. You can send those, your terroristic threats and hate mail to michael@michaelanthonymurphy.com

Business inquires can be sent to info@michaelanthonymurphy.com

Let's all stand up and give a big hand to Bryanna Gallagher. Just for being awesome. Well done Bry. No outtakes here this time :)

FYI, spellcheck isn't and hasn't been working and I never proof these posts so, well, I'm sure you can figure out whatever it was I was trying to say. Context clues people. Context clues.

Now, let's all part ways and find ourselves a bowl of soup.