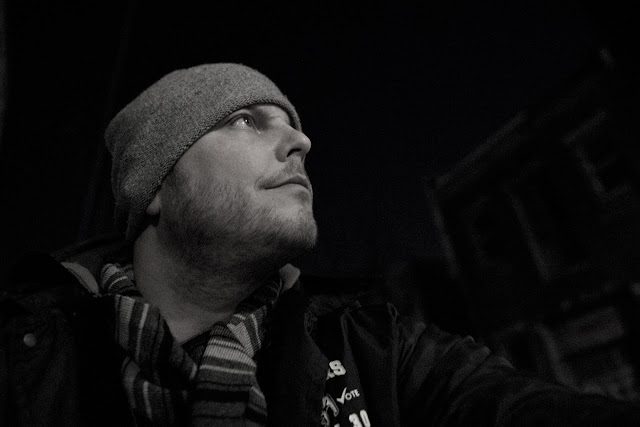 I promised to post the BTS from the previous post; light bulb in water. However, I so didn't realize this milestone was already upon us. For the stalkers and peepers, yes, the actual date is July 15th but let's consider a couple leap years or some other cosmic shit and we will call it square.

I promise to do my best at leaving ego at the door. Notice I said, "do my best." Hey, I'm not perfect although I think I'm pretty fucking close! Ha. Kidding. Just wanted to validate the statement before digging in. 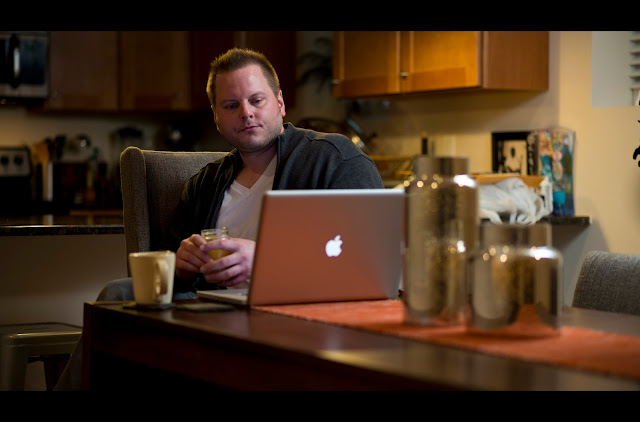 You may or may not know that I informally released my first film, ::need. Actually OUR film. It was a total team effort with Edward Campbell, Jeff Orens, Cosmic Simon, Stefanie Murphy (my wife) and Mike O'Donnell.

Anyway, time being it must remain in a private state as it is and is continuing a journey through a few festivals. Although well received, it did not make the final cut at Tribeca. Hey, my our first? Pretty fucking rad that it went as far as it did.

Having said that, be sure to stay tuned as it should be released for all to view here soon enough.

Film two is in preproduction! Slow but in progress. The good and evil dichotomy that hangs heavy on my shoulders is that client work has been super busy and super awesome and I'm (here it comes again) super humble to have the opportunities bestowed upon me but this has left time for personal projects a bit on the tight side.

Fear not! The importance of personal projects can never be ignored as they are the fabric of our creative souls.

In line behind this second short are a bunch more of insane adventures that circle around between my ears.

A feature? Don't count it out! I've been outlining a pretty bad ass screenplay. I would just need some big funding as it cannot come to fruition on a crew of 5 or 6. Ok, I'm officially looking for an Executive Producer. Email info@michaelanthonymurphy.com for any inquires.

People, lesson there is THE POWER OF THE ASK.

Be on the lookout from new shoots from some of your favorites; Bryanna Gallagher, Jeff Orens and has a niche found me? Catalog work people. How to get THAT look.

Big thanks for those who have been frequent visitors and equally big ups to the newbies and even those who may stumble upon this blog by total accident. I love you all.

Uber ups to PhotoTech! Shit got real when your blessing landed in logo form on this journal of creativity. Thank you!

Wow. Shit's been all ego hasn't it? Damn me.

For sure you should be prepared for more and more motion. You may or may not get info type of video with my ugly mug on the screen but I intend more to crank out some rad footage and rapid edits of visual stunnificative (no, not a word) filmmaking that need only a heart filled with creativity. This means things that YOU can produce on a zero budget.

Which brings be to a few pointers for my fellow frugal filmmakers and photographers ::

1. Can' afford a tripod? Put your rig in the dirt! Guess what? You may discover this angle to be better than if you had the sticks. 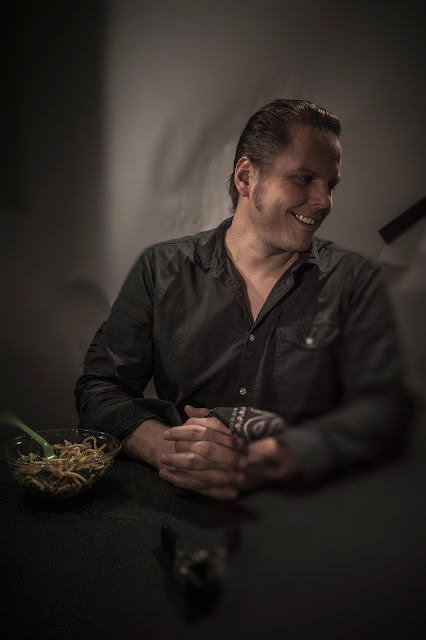 2. Can't afford proper editing software? Ever hear of T#* P!^@^* %@Y ??? People, the Feds and Interpol would be knocking on my door if I spelled that one out. Use your imagination. And I do no encourage illegal activities. #Justsaying

3. Can't afford a RED camera? Guess what people. You can get the same quality with an iPhone. IT AIN'T ABOUT THE GEAR!!! You can have a RED and if you got no skills than I promise you will think that rig you remortgaged the house for is broken. It ain't broke. Your shit is! Learn to compose, move, light and listen (audio).

People. If you think those bombs shook you, you gotta hang around more often. I drop so many knowledge bombs over here that it was me that caused that British PM to write a Letter of Last Resort.

The NERD FILE :: is iconic with my brand. Having said that, at the time of my writing this, I have no photo to share. Should I wrap up without a NF:: on an anniversary? I just don't know. I envision fire or I give the BTS of the light bulb. I'm just not sure.

Doesn't that feel weird, like some time travel type of feel, the fact that you are reading a paragraph and you already know what the photo is or is not and here, as I bang the keys, have no clue what you are seeing.

I'm diggin' the water stuff right now although I have a grievance to go along with that so it may be too late into the article to go there. May have to keep it shorter. #WeHaveAttentionSpansShorterThanGoldfish

Without further ado... The NERD FILE :: The many faces of me. EGO! Like I said leave it at home BUT this ain't ego people. Rather than share specs today, I'm gonna bring out my H-bomb on your brains.

So why the selfies? They are necessary. In today's market of startups, many by one man shows, like myself, it's important to show the world the face behind the brand. So today and hopefully more in upcoming posts you will get to see my mug.

Again, it ain't ego. Besides showing the people who you are, it's a fantastic way to work on creativity and technique.

Today, I get to share with you three very different styles of photography and more specifically lighting scenarios.

1. With Hat and Roofers Local 30 Jacket and Very Trendy Scarf :: No, I've never laid hot tar on a rooftop. Was a gift from an old friend.

Purely ambient. Street lights only at night. Camera hand held and a pretty high ISO if I'm not mistaken.

2. In the Dining Room at the Macbook Pro :: Mixed ambient and strobe. Tungsten high hat lights in my home's ceiling. I mixed color with daylight balance strobe as a facial fill at camera right. Modifier was a 45 inch brolly if I'm not mistaken.

3. Channeling My Dan Winters :: In the studio, strobes only. Camera left was a key light modified by a 28 inch Westcott Apollo softbox with recessed diffusion panel, feathered to the right. A kicker for rim and hair as well.

Thank you! I love you all!