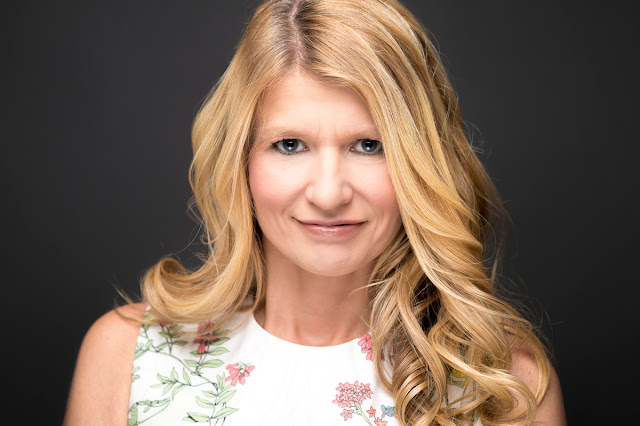 Get it? The title? FOCUS ON? Funny? Catchy? I thought so anyhow. Eh. Moving on.

It's comical when some clients arrive to the studio for a headshot session and the quintessential scenario plays out...

"How long is this going to take?"


Then, only a few frames in, before they've even learned the critical elements to the pose, a slightly better than shitty image will pop up on the tethered Apple monitor and the next words, as if recited from one client to the next . . .

Smiling inwardly while ignoring their plea for escape, I march forward and continuing to direct him or her unto photographic greatness.

What has happened? What happened is their fear of the lens and performance anxieties have subsided.

How so? Ok, I promised my wife not to toot my own horn so much but you gotta call a spade a spade right? What used to be a weakness of mine, a variable of the equation that of which weight I did not know held has, over time, become, as should be, one of the most important tools in my bag :: DIRECTION.

Now, on the other hand, there are a few exceptions to the beautiful progression phenomenon that occurs from shoot to shoot. Those? The actors and models.

As opposed to the corporate sessions, those of this group arrive with a bit more tenacity. My trigger finger will shed layers of skin before they have any intentions of wrapping regardless if it's in the can from frame one or not.

I'll shoot round the clock if that's what it takes. Remember, if you love what you do then it ain't work.

So you're not an actor or a model or a comedian for that matter. Then why on earth would you need a professional headshot photographer?

In this day and age, we have all become very very visually based people. It's because of this very thing on which you are reading this article; the Internet. Attention spans are all but non existent due to the mountains and mountains of data shoveled into our mouths every second of every day. The downside? Nobody reads shit anymore. At least not at any length. Seriously, if I check the stats on this post, it may get many readers but very few will last the duration that it actually takes to read the entire post.

The point? Today, visuals have never been more relevant than ever before. Well, maybe not since cave drawings and hieroglyphics.

Ah, why do YOU need a headshot? I believe I just answered that in my long digression.

Be you a teacher, an marketing executive, a surgeon or a yogi, you all need a rad headshot. Social media. Need I say more. For fuck's sake I can't tell you how many times I've seen selfies upon the profile pics of public figures on LinkedIn. Horrendous people! Shape up or ship out!

Whew, good thing this wasn't a live introduction or I'd have been yanked off stage already.

Heidi. Ahh Heidi. She's the perfect mold of someone in need of my creative abilities. Heidi Diskin, wife of Power Home Remodeling Group VP, J.D. Diskin and mother of 2, has surely been making her marks on this big blue marble.

From teacher to entrepreneur (such a common tale these days), it's passion that when speaking to Heidi, I know there's no shortage of.

Currently she is journeying into the mental health arena. More specifically, Heidi is working to bring about awareness and attention as an advocate for bipolar disorder and depression. Powerful medicine people.

Heidi is dropping bombs of knowledge on a number of different communities affected by bipolar disorder and/or depression. From veterans to college sororities, Heidi's message knows no boundaries.

I gotta say I was super excited to have had the opportunity to work with Heidi, again. Again? Oh yeah. Duh, did I forget? Over the years we've worked on a few projects together. And don't tell anyone, I even did a family portrait session with the Diskin family a few years ago. Haha. I'm not even going to link to that post but it's there if you do some digging.

Having said that, now couldn't have been a better time for Heidi to have the headshot session. With upcoming public speaking events, print materials and may I even hint at a more substantial publication, there was no room for error here people. Nor is there ever for that matter. Not only does the stress bring up the A game but adds big excitement to what it is that I do.

Fast forward from fantastic photoshoot to the here and now.

Do I use an army of Kino Flo's to get such gorgeous, glowy mcglowerson lighting? Not a fucking chance people.

Is the studio littered with Profoto packs? Nope.

Ginormous Bron Para mods that rival the cost of my Xterra? No again.

Sounds too good to be true yes? I know. It is and it isn't. Look, light is light. what matters is how you modify it.

With one small speedlite, I created two large sources of light. Here's the diagram :: 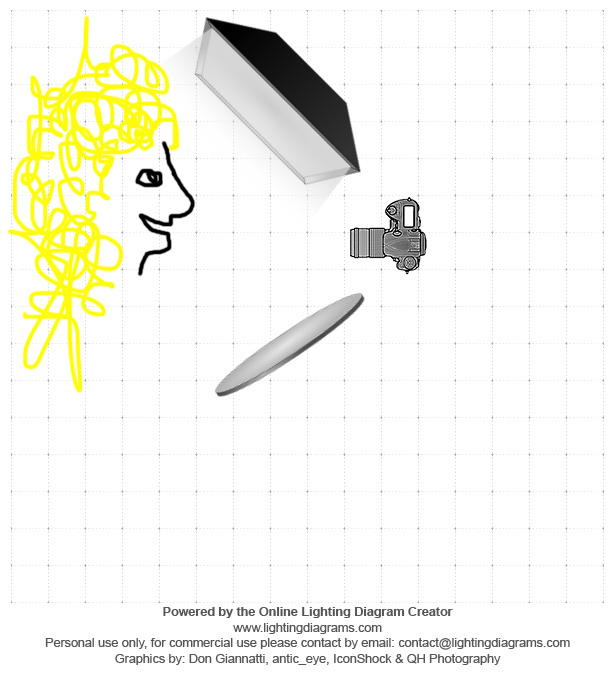 Drawing with a finger on the trackpad is not my strong suit . . .  obviously.

One strobe yet two giant sources of light. I know you're thinking my math is jacked but pay attention and I promise this isn't astrophysics.

The key light in super tight, maybe 12 inches or so from Heidi's head and scraping the barrel of the 85 1.8 strapped to Betsy, i the speedlite, modified by a Westcott 28 inch Apollo softbox. FYI, this is my favorite light shaper in my pack. Now, that little itty bitty strobe has become the ginormous and creamy soft key light.

Below the lens and a few inches below Heidi's neckline is a 40" 5-in-1 reflector (silver side up). This now becomes a very efficient, large, fill and second light source. I like the poppy-ness that I'm able to achieve with the silver side.

Two beautifully big, super duper soft light sources from a single brick sized speedlite. Science. Amazing isn't it. Wanna go spend your kids' college funds on a bank of Profotos? Go ahead. Be my guest. But if you are riding the S.S. Cheapo, fear not, you can create the most elaborate of lighting scenarios with as little as one single speedlite. Do I work with more? Sure. I got a sack-o-strobes these days. 5 or 6, I'm not even sure. But when it comes to headshot sessions, this is my signature look.

Did I just open up a can of worms by mentioning a signature look? Not exactly.

Although I have the style tweaked for my own flava, this style is not groundbreaking by any means. Called CLAMSHELL LIGHTING or BEAUTY LIGHTING, this technique would be analogous to, say, one of the five mother sauces to a chef; staples to many a culinary masterpiece but no two identical. For instance, if you think a tomato sauce by Chef Boyardee and a tomato sauce by Anthony Bourdain are the same, well my friend, you may have smoked some bad rock. Catch my drift?

Check out that background. Yo, I'm loving it people. Thunder Gray by Savage Universal. Why not simply work the Inverse Square Law on white seamless, turning that gray or black? Loaded question? Yes. In fact people, I often have executed that approach but as my studio isn't humongous, getting the white seamless to a nice dark gray is possible but a pain in the ass at the same time. The Thunder Gray? Holy Titty City! So rich. So deep. So rad. I may be using this paper more than I should. It's my modus operandi; moderation? Say what?!

A quick afterword. I don't use a C-stand to hold the reflector. How then is it propped under the subject's face? I have him or her hold one end while the other rests on the neck area of the tripod. Why? I feel that giving the subject, Heidi for this matter of discussion, something to keep them busy, to keep their mind from over thinking my posing direction. Sneaky little trick but it works wonders.

To see more headshots, check out the Seamless Heads portfolio at michaelanthonymurphy.com. More articles like this one? Look for the search box to the right and simply type in keyword :: headshots.

Finally, for session inquires you can email to info@michaelanthonymurphy.com.