baby photography :: the enemy of my enemy 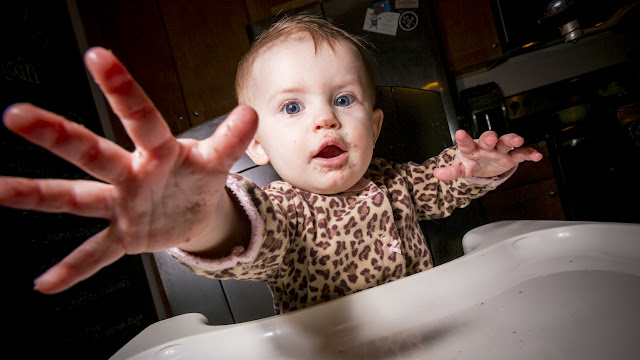 On this particular day, I was simply experimenting when I created the works herein today, works that drew more attention than I had expected.

Along with lots of clicks, I got hit with a few emails, from photography enthusiasts and parents about this fun photo of my daughter, Harper Thomas Murphy (aka H™).

I am always humbled when aspiring photographers reach out to me on a personal level. First, lemme say to everyone, thank you. Second, always feel free to shoot me an email with any questions on how to improve your levels of creativity be it with a camera or any other medium for that matter.

About That Luck Quote

Friends, you gotta be ready to create at all times. Luck favors the prepared? Hmmm. How to I throw a foot-up-your-ass exemplification of this adage.

You know that photograph of the Hindenburg as it crashes down in an ball of fire, in New Jersey? Of course you do. Now what if that photographer had decided on that day, "Eh, I don't feel like lugging around my camera today."? Pickin' up what I'm puttin' down?

Always on a mission, even during daily tasks that others would never expect, I scope for opportunities to hone my skills, be a better artist and most of all, unleash the creative monster that yearns to escape my brain every single day.

On this day, my gut was saying to get some strobes out.

The Enemy Of My Enemy Is My Friend 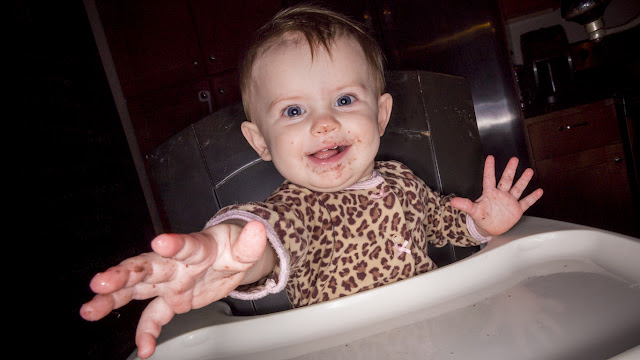 You know that quote,  "the enemy of my enemy is my friend", goes way back to 4th century BC? Crazy town. At least that's what Wikipedia says and if it's on the Internet it must be true, right?

Introducing two of my nemeses.

The Dutch Angle :: Not to hard to figure out. Dutch angles, not Dutch ovens, are created by shifting the camera from the Y axis, giving the viewer a distorted, crooked, image. Commonly, used in shots to convey an uneasy feel. Think 12 Monkeys.

I fucking hate the Dutch Angle! Why? Overused by hacks in situations that would probably have been better of with that bubble floating dead center.

But, if used appropriately and sparingly, as was in 12 Monkeys or Fear and Loathing in Las Vegas, then it can be very powerful.

I hardly, if ever, use Dutch Angles. As for Dutch Ovens, I can neither confirm nor deny.

While Harper had black bean remnants on her face, I'm not quite sure what cosmic force pushed me but I started to turn that Nikon as if I were Richard Petty on the final lap. Not sure that analogy works  but it was the best I could muster in short notice.

At 24mm on the full frame sensor (very wide), tight composition and a bean faced baby, the Dutch Angle felt like the right move in creating a fun filled photograph.

The Ring Flash Adapter :: The cheapo Hong Kong mod that I bought anyway. Yupper, that ring flash adapter, purchased for a mere $25.00 USD, and I, have had a very rough journey.

Out of the box [this] was my super angry review back in 2011. Basically, I hated the build quality and how many stops of protons it sucked up. In retrospect, for 25 bucks, you really can't complain.

After a few years I decided to extend an olive branch, learn her weaknesses and embrace her strengths.

Among others, here is one of the works created with that old foe :: 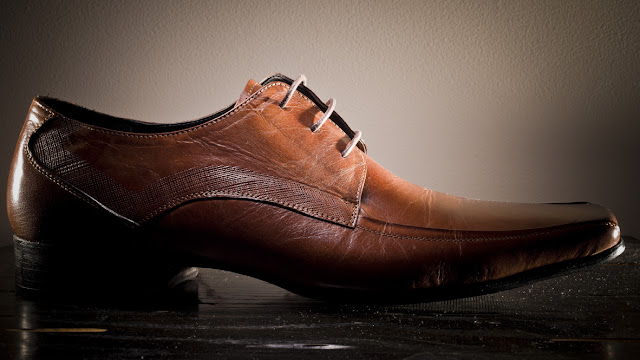 Wild right? This is a 3 flash set with two bare strobes on either side of the Kenneth Cole shoe and the ring flash mod firing directly down over top of the shoe. A great texture light. When you're done with this post you can read about the shoe shot [here].

So we made our peace.

Having said that, it had again been a while since I pulled the ring from the gear closet. On black bean baby day,  H™ would be the lab rat for my lighting endeavors. Yo, lemme give a quick shout out to my wonderful wife Stefanie and divine daughter Harper for being such troopers. I mean any sane people would have exiled me and my antics, from the home by now. Love love.

Ah, so to experiment with that ring mod a bit.

Notice the captions. 1., the opener of the post is labeled Off axis and 2., is labeled On axis.

Firing the ring flash on axis was very cool for a while. And when I mean on axis, I mean on axis; the barrel of the lens literally pushed through the center of the mod. This produces the signature ring shaped catchlights in the center of the pupil. The face also results in a near shadowless environment; flat and washed out. The look became very popular in fashion. I think the look got played out but I could be wrong. Who cares? Words of advice, don't follow trends, follow your heart. You will much better off as an artist doing your own thing, not someone else's.

With that, notice the bottom, No. 2., is the on axis version. All the traits are visible. The ring shaped catchlight on the pupil. Flat. Washed out.

Next, the 1st one. I know. I'm as confusing as crap. Keeps you on your toes. Ok, so the top one, the ring is fired off axis, camera left, on the 45s; Rembrandt style. But isn't the ring flash modifier supposed to encompass the lens, you say? I say to you, first know the rules, then break the rules. Get it? Got it? Good.

So you see the traits of quasi-Rembrandt on the 1st (top) photograph of  H™. Shadows shaping the subject. Slight hint of the triangular shaped shadow outline on the camera right cheek. Not the traditional Rembrandt triangle but as mentioned, hints of it are beginning to show.

You may notice immediately the dark ambient environment. Yep. While experimenting with the ring flash mod and it's capabilities, I didn't want to much contamination from the ambient environment. Although, You do see hints of the room lights if you are looking for them. While elements of the room are visible, you also can see, behind the high chair, reflection from the tungsten high hats bouncing onto the sensor via the stainless steel door of the fridge. not the white light reflection, that's the strobe. It's the streak of very very orange light. Pretty cool right?

This dramatic look was the result of a number of variables. Don't run! it will be short and sweet. Promise. Too late, right? LMAO.

First step was dialing in the dark exposure. The canvas on which light would be added.

Why the slight variance of the iris? The inverse square law. Don't know it? Go study it. If you're gonna join the Strobist camp then a handle on the physics of light are super duper helpful. So, why the variance? In short, the strobe to subject distance, off axis as compared to on axis, was slightly further away, affecting the positive output of the strobe but with no change to the ambient environment.

Being in experimental, fly be the seat of my pants mode, everything was handheld.

In my right hand, Betsy (Nikon D4). In the left? The strobe rig; speedlite, Pocketwizard and ring flash modifier.

Cumbersome to say the least.

If you noticed that the tungsten reflection coming from the fridge seemed a bit too warm, then you'd be correct.

In a pinch, there was no time to CTO for corrections. Nor was there a desire to as I dig the different colors of light splashing around. Adds interest IMO.

Besides another thank you to everyone for being super awesome as always, yes, you, um, I don't think there's all to much to wrap up with.

Time to run since Stefanie is making chili and fo shizzle my nizzle I love me a big ole bowl of piping hot (temperature and spice) chili!

Oh, almost forgot. You wanna pick my brain on a personal level you can shoot me a communique at info@michaelanthonymurphy.com.