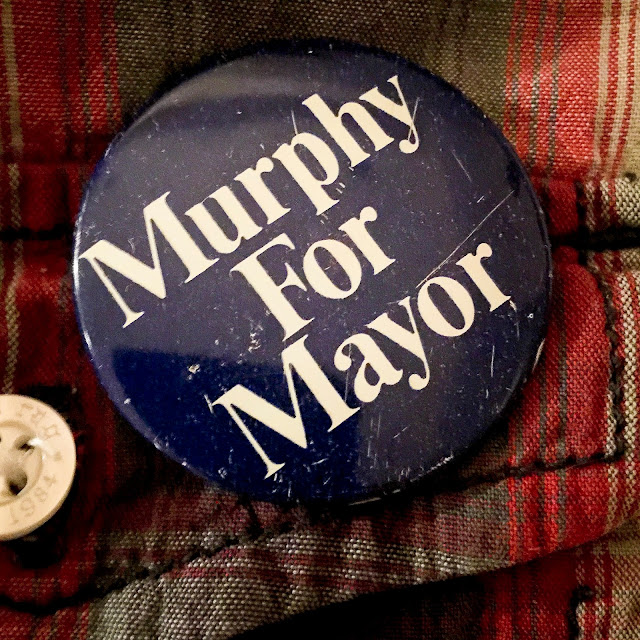 It's been a while since I wrote a please-bend-over-so-that-I-may-kick-you-in-the-ass article. You know, the stuff that lights that fire under your buttocks. Motivation. Inspiration.

I've gone down this dangerous path before and I may have either touched a nerve that made you want to kick my face in or touched your heart, as if I dropped a lead dose of reality into it. Or I didn't touch you at all. Here we are my friends. You're about to get mind fucked by the words of truth herein today.

Like most hustlers, I enjoy the motivational/inspirational quotes. Things like Frost's Road Less Traveled, or The Dalai Lama's words about happiness requiring action.

Look, you can read all of the motivational quotes in the world, every single day, and trust me, I do just that, but if you're brain is hardwired to be average then how far can these words truly push your laggard ass?

You Have Been Hard Wired For A Life Of Mediocrity

Hey, don't shoot the messenger. This shit is reality homeys. Shall I elaborate? Why I don't mind if I do.

Let me preface by saying that there are a few of us that have beaten the odds and have breached the unwieldy confines that society has bequeathed upon our young vulnerable carbon based vessels.

Of course there's always room for even more awesomeness but breaking away from the herd is step one.

So that you may see my mind's eye I like to use The Product Diffusion Curve AKA The Diffusion of Innovation Model as a perfect visual reference for today's discussion.

I'm big fan of this model as it has made its way to this blog once or twice before.

Let me manipulate a bit to help the discussion.

Can you dig where I'm coming from now?

Hardwired. Yes. From birth most of you have been taught that to pursue an average, mediocre, dull and mostly uneventful life is a life of success.

Oh, I won't leave you hanging, no worries. This is where shit gets real people.
Now, let's refer back to the Product Diffusion Curve AKA The Diffusion of Innovation Model.

Let's say you reside on the far right and if so chances are you aren't hanging out reading this post. Why? Remember. We are replacing Laggard with Hopeless. This group, somewhere along the line had a short circuit along the line. I'm not talking about criminals per say as some of those people may just be amazingly awesome but haven't learned to channel their innovative personality along the right conduit. I'm talking about the people that just choose not to abide by societies simplest of rules. I don't want point fingers but I'm sure you are all smart enough to know someone that falls into this category.

The big bunch of you fall in the middle somewhere. You were praised for normalcy along your path. Your mom or dad are accountants so that's the path that you took. You wake up everyday at the same time, taking the same bus, to the same job for 20 years until your early retirement or you blow your fucking  brains out, whichever comes first. Yup, you are exactly as society wants you. A perfect sheep.

You produce and keep the economy moving. Such a good little sheep. You count numbers for the restaurant that feeds the construction guys who build the mall that the . . and so on and so on and so on. You are the consumers, not only of food and product but of the majority of content that is fed to you. Local news channels selling you the same bullshit day after day after day while you chew on your cold dinner that is more filler than food. Fridays finally arrive as you scream TGIF! Saturdays you mow the lawn and talk about that new John Deere with your neighbor. Sundays you go to pray and absorb the words of guidance from your religious leader as you may have gone slightly off your sheepen' track. Sunday nights you routinely doze off on the couch dreading the next week to arrive.

On the far left? The awesome live. The innovators. The black sheep that said fuck your track, I'll make my own. TGIF? Hell no. Everyday is awesome. Everyday is time for the hustle. Everyday is time for success. We on the left are not consumers but creators of content. Ok ok, so we need the consumers or our creations would be useless. Hmmm. A paradox. That's where the 2.5% are really broken down into even smaller subdivisions; targeted demographics if you will. Either way, the 2.5%, be them moguls of business, artists or inventors are the awesome!

You catch my drift?

Now, whom do we have to blame for this life of average?

Before I proceed let me state that there are some that are very content with their mundane existences; blindly going through their daily routines and happily consuming all the noise thrown their way. Think :: those that play video games. Did that hurt your feelings? Good. Get out.

Do I think the world needs that group? The unknowingly average and the hopeless? Absolutely. Without it the entire system would cease to exist.

I'm not saying we all can be awesome. I know that's impossible. This article isn't to wake up the entire planet. Oh no. This is aimed towards a small sample, the ones stuck somewhere on the edge of average, desperately wanting to cross over to the 2.5% but don't know how.

First. Blame your parents. Yup.
Next. Blame the school assembly line that stamped you out like USDA approved beef.
Then. Take a self inventory. Be honest with yourself. Are you average? If so are you happy living in that middle ground?

Now what? You recognized your mediocrity but how to become Truly Awesome?

That's the tough part and some may debate my POV. I really don't give a shit if you debate it or not. I fought hard, and continue to fight hard to get as far left as humanly possible.

I've already alluded to this when discussing the creators and consumers. Don't get me wrong. We all consume. Even the best of the best consume but there is definitely a sliding scaled to that on which side of the model that those create and those consume. For instance, I don't think that the majority of the far right is consuming much of what the far left is creating and vice-versa.

I arrived at this cafe a few hours ago. Not clue of what to write, create, for you today. Urges to kill the post for today in favor of watching Periscopes from around the world, were high. I fought through and began to type, to create. Will this article win a Nobel Prize? Maybe not but at least it is coming to fruition rather than an idea simply living in my brain. We all have ideas, brilliant or not but who will ever know if they stay tucked between your ears. Execution.

Think I have digressed a bit.

The average. The blindly average. Oh my how they live for their sports, their funny Youtube videos, their fantasy leagues. Ignorance is bliss I suppose.

The average yearning to crossover but are stifled by the safe lives that their parents taught them was a life of success?

Hmmmm. If I had a perfect daily recipe to liberate you body and mind of mediocrity, launching you to the very very exclusive club of 2.5%ers?

And yes, in that specific order. Ok, the mountain hike on a daily basis may not be readily accessible but the meditation part is certainly achievable.

Seems easy enough? It may be more of a challenge than you think.

The average brain has been so fucked into the safe ways that reprogramming it to do four new things each day is a total son of a bitch.

I think there's a point when you can physically feel your brain pulling you in one direction of another. My good friend Bogdan Mirochnik calls it your loser self and your winner self. I wouldn't call it the id, ego and superego. Kind of a different feeling.

I'm not going to get too philosophical here. Simplified think of teaching an old dog new tricks. Same shit.

Teaching an old dog new tricks at scale here people. Quite a challenge.

I gotta wrap this up somehow.

Safety. The big chunk of the bell curve above, the middle bunch of you all, have been programmed, like it or not, to lead a safe life; boring as shit and mostly uneventful.

When I tell you that risk and failure need to be your friends, naturally, your brain, programmed by generations of mediocrity, tightens up like the balls of man on a Polar Bear Plunge.

Failure? Embrace the powers it carries and use it as a tool to your road of the elite 2.5%ers

Risk? Stop being a pussy.