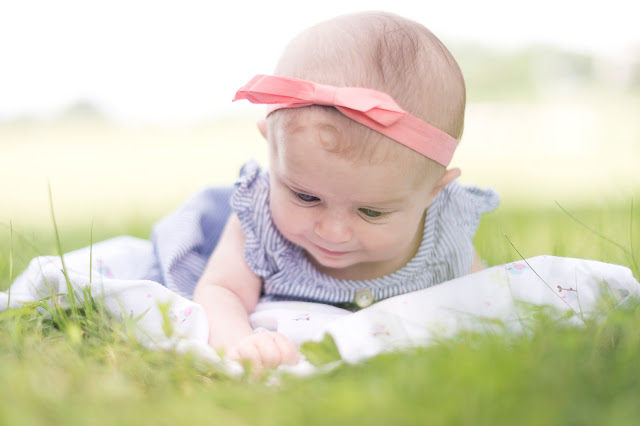 First things first. I have decided to extend the date of the recent name that blog styled post from a few weeks ago.

#H™, properly known as, Harper Thomas Murphy, my daughter, alongside Princess Charlotte Elizabeth  Diana, was anticipated to be the most photographed baby . . . EVER. . .

The Whys (is that even a word?)

The circles in which I surround myself and my family for that matter, all buried me with a heaping helping of expectation jambalaya.

Just moments before H™popped her head out to say hi to planet Earth, I was getting bombarded with texts about the onslaught of baby pixels that they would soon be bombarded with.

This is not to say I haven't taken photos of the little nugget. Oh no. Quite the contrary my friends.

On The Gram, I've shared a healthy, not obsessive, amount of H™ imagery, both stills and motion.

Furthermore, although not all public, but already have countless bytes of data stored on my externals; the many RAW files of Harper Thomas Murphy.

Maybe Harper has become the most photographed baby ever BUT I don't wanna bore the shit out you guys one the receiving end.

An analogous anecdote? Don't mind if I do.

Recently, I've become addicted to Pho; Vietnamese soup. I'd say the addiction has lasted just over a year or so. When I say addicted, I mean addicted. Over the course of the year, I have to have Pho at least once a week or else I become distracted in other areas of my life. My befuddled brain becomes barren in thoughts other than beans sprouts. Pathetic right? How is this analogous to the baby photos?

I'm getting there. Chill your asses!

The other day, on my birthday, July 3rd, I slurped down the normal ginormous bowl of Vietnamese goodness and when I was done drinking the remains directly from the bowl basin, by belly distended,  I actually felt, as brief a moment as it may have been, that I needed to take a break from the Pho; I OP'ed (OVERPHOED). Until next week comes I'm sure.

For the most part, baby photos are baby photos unless they rock the funky joint like The Poor Righteous Teachers would a PTO meeting.

The Who, What, When and Where

The who? This we know. Harper, here at just 10 weeks old.

It was Fourth of July weekend. On the 3rd, it was a monster hike on Camelback Mountain. Little brother and I hit the Indian trail, followed by the South and ending on the beastly North Trail.

Independence Day left my body like a lump of shit lying on the couch. An earned day of nothingness. The 5th? It was adventure time for H™,  Stefanie and myself. Ahh, our random adventures. Nothing like it in the world. Spin the iPhone compass and go, as far as our hearts desire, or until Harper has an atomic poop.

The compass read WEST. What more appropriate on this weekend celebrating our country's independence than a trip to Valley Forge?

[Side note :: There were NO battles fought at Valley Forge. Zero.]

What's the what? After a nice 3 mile walk around a good portion of the encampment, we, the fam, plopped our asses under a nice shady tree.

It was under the big red oak (I honestly have no idea what kind of tree it was) that H™got her fix on the boob and I did a little scouting of the grounds as well as lighting conditions; Shade, light, mix, etc.

I wanted to execute an on the fly newborn baby shoot. Nothing too elaborate but with super duper exquisite results. Do we strive for anything less? NO!

Lean an mean here. I don't even think I packed more than a single lens. In fact I know I only had the 50 1.4. Lately I was getting a bit too comfy with the versatility of the 24-70 2.8. Needed to get back to the roots. It was time again to zoom and compose with my feet, not with the glass. A nice way to fuel your creative fire.

Again, lean and mean. I packed Betsy (Nikon D4) , the 50 1.4 and zero other gear. Other gear? I mean strobes people! You know I'm a huge advocate of the Strobist camp. At one point I wouldn't bother shooting unless I was popping at least one pair of Wizards. Now? With Betsy's world changing sensor, bringing in light, is simply a matter of mood rather than a necessity. Look, I can shoot at ISO 10,000 without breaking a sweat. See what I mean?

When shooting outdoors, in nature, during daylight hours (golden or otherwise), I like to clip the backgrounds or better throw the sun in frame a bit to really blow out the highs.

To get Harper exposed properly and the background up about three or more stops, Harper had to pose in the shade, under the canopy of that big red oak. Had she been unshaded, to expose her face, the background would have came down tremendously. It could have, would have been fine but wasn't where my mind's eye wanted to go.

Along with the buttery bokeh and the blown out highs, I upped the RAW file Exposure even further while increasing Vibrance and dropping the Sat (30/-30 +/-). The result is a nice bright composition with subdued, almost pastel feel.

That's it really. I do 99.9% of my editing in Adobe's Camera RAW editor. No ready made filter bullshit! Ok, I'm guilty only of using them on The Gram; iPhoneography only. The files from the workhorse (Nikon D4) are developed with only MY creative soul. No two are alike. I go with my heart's collaboration with my right brain with my software. Together we create art.

With this file I had to do a teeny tiny bit of retouch over in Photoshop as Harper had her first boo-boo on her nosey. I cloned it right out. Maybe two strokes of the mouse.

Summarization (this one not to be overlooked)

Take a look at the camera angle of today's shot. To get this, I dropped my bag to the ground, took the position of a Marine Sniper and fired from the grass.

At some point, mother nature either found her way into my attire or into my sack.

While walking back to the Xterra, near the sack, my abdomen, right side, felt as if someone put a blowtorch to my skin.

At first thought it was a bee sting but at closer inspection, looked as if there were clear fang marks, a fucking (I swear I tried not to drop the F-bomb all day) spider! If you know me then you know I don't dig any member of the arachnid families.

Lesson be learned girls and boys ::

Do what you must to get the shot but as Ice Cube would say, "Fool, you better check yourself before you wreck yourself."