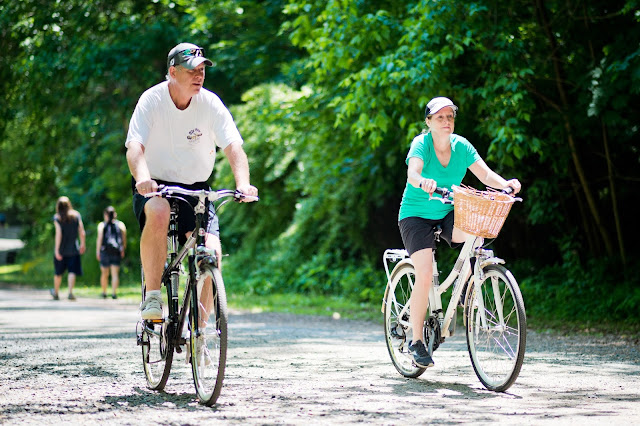 While enjoying a local, organic, mint and agave tea, a bagel toasted well done with spinach, homemade cream cheese and Sriracha at Franny Lou's Porch, I cannot help but ponder, not only the content you're about to read but, interestingly enough, the title to this post.

Franny Lou's Porch, a new cafe at the northern tip of 19125 where realtors are labeling Fishtown but the old locals argue is still Kensington. That's an debate for another day. Either way, it's a chill spot. Filled with hipsters and executives, decorated with local art and fresh foliage, it's a great place to create.

Today though, I'm stuck. The rut. You know what exactly what I'm talking about. That fucker can sneak up in a myriad of ways. Be it a photographic dry spell, writers block or as it reared its ugly head today in the form of another kind. Can't-title-this-post-for-shit-ia. A syndrome of sorts.

People, I'm not going to get all Stephen Hawking on you here but I do have a formula, a system for how I get this shit done on a weekly basis.

[Yes. I've been bullet point happy lately. It makes me feel SO organized.]

It may sound a bit silly but titling these posts can be trickier than one may think.

You would think that titling the post is the easiest part. Don't get me wrong. From time to time, it is super duper easy while others it's a big ball buster.

Why? What is the big deal? And really, who gives a shit?

First the why. Why can it be ball busting? Let's for a half of a second think about this blog. Over 200 posts at the time of this writing. Over 200! You can't repeat shit my friends. And after 200, thinking of catchy titles can get to be tough. Really, it's only a few words. Many times not even a complete sentence.

What's the big deal? Besides the photo of the day, it's one of the first things YOU notice. IMHO, a poorly crafted blog post title can lure or discourage readers as easily as an awesomely masterminded or piss poorly executed photograph.

Who gives a shit? Obviously as previously mentioned, YOU give a shit but there is another entity that gives a shit as well; search engines. I know some of you may think that is old thinking but really, SEO, getting down to the nuts and bolts, to most of us is a riddle, wrapped in an enigma, wrapped in a puzzle, at the end of a maze. Too much? Seriously, if you are a nerd like me, then like me, you probably know your fair share of how SEO works but do you REALLY? I mean REALLY. I think the only people who truly know how SEO works are those at the helm of our mother ship at 1600 Amphitheatre Parkway. All hail the mother ship. Bottom line, I'd rather be safe than sorry. Having said that, I'm probably only considering the SEO for about 50% of the posts these days.

Have I contradicted myself? Probably to some degree yeah?

I know. I often get on rants without leading to the point of the story. What do you get with movies without a climax? Better yet, what do you get when you get a rad roll in the hay with no release? I'll give you a hint. It rhymes with SHOE MALLS.

The point. I NEED YOUR HELP.

Yes YOU. I need you, my homeys and homettes to title today's post. And your efforts will not go unrewarded. We all want more shit right? Well I'll give you more!

HERE'S WHAT YOU HAVE A CHANCE OF WINNING (winner picks one) ::

You can throw up your submissions as often as you like. When will I stop taking submissions? I don't know yet. Let's say it can close today if your title is killer but at the latest, umm, say 4th of July, 2015 (DEADLINE EXTENDED TO LABOR DAY, MONDAY SEPTEMBER 7TH 2015). Sound fair?

HOW TO SUBMIT AN ENTRY ::

Twitter :: Send your tweet to @m_anthony_pics,  with hashtag #BnH, and prize number (1,2,3 or 4)
Facebook :: Facebook.com/michaelanthonymurphyphotographer with the same info as Twitter; entry, hashtag and prize number.
Email :: info@michaelanthonymurphy.com . . . do I really need to keep repeating the process? I prefer that you post your entry on Twitter or Facebook but I know some of my readers are still fighting social media. Don't worry. I won't say your names out loud but be ashamed. Be very ashamed of yourselves.

That's about it. I think. Good luck. I'm super stoked to see what you guys come up with. It will be a tricky one as the content is kind of scatterbrained. Now you know how I feel when my shit's all over the place.

I wonder if anyone will have the balls to pick the BROWN BAG SURPRISE!?

Anyway, lemme get back to the post and produce some related content that may or may not help you take the crown jewels.

This has been the epitome of horrendous segues.

Photography and real nerd things. It's why we are here right?

Hmm. The photograph. I usually build the background prior to THE NERD FILE :: but today, obviously, that would really mind fuck you all. I'll just package everything together in one nice, little, uhhh, package.

Wissahickon Creek. I was down about a mile or so past Valley Green Inn, on Forbidden Drive. If this is Greek to you then here's a bird's eye view :: 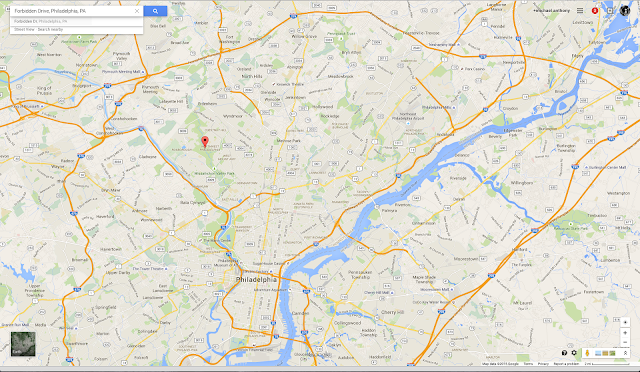 See? I dropped a pin and took the view WAY out. Yes. It's still in Philadelphia. Philly is bigger than most people imagine. Most think it's not much larger than where it's labeled on the map. In actuality, the square milage of Philadelphia is quite impressive.

Having said that, the pin is dropped right over Valley Green Inn. It's basically, but not popularly known as, Northwest Philadelphia. This isn't a geography lesson. Google it if you want more details.

Sidelining the geo lesson, I can say that it is damn gorgeous down there. For a few hours, I was pleasantly lost in the landscape. I was actually recalling quotes from Platoon. I know, I know. Vietnam is tropical rain forest type of wilderness, nothing like Wissahickon Creek. I know. My wife already busted my ass over that one. Hey a boy can dream right?

"Shut up! Shut up and take the pain! TAKE THE PAIN!
-Sgt. Barnes"


Lost myself yet again.

The agenda was to create an image that would show the active human interaction along Forbidden Drive.

It was high noon. Damn close actually. This file was created at 1:01 p.m. There wasn't a cloud in the sky. You know what that means? Hard light. Hard shadows. Beware raccoon eyes. They have the black rings underneath right?

Luckily, the entire park was canopied, much of it anyway, by the greenery of the gigantic trees. I'm no nature expert as you can surmise. So you can also hypothesize that I have no idea what kind of trees they were. You'd be right.

I mean the leaf cover was spotty. Think of the shadowing on the ground resembling the camouflage on Elias' helmet. Platoon people! Stay with me.

Look, I'm the biggest advocate of a couple creative axioms ::

Could I have nailed this shot with my iPhone? I think so. But I gotta give some cred where street cred is due. Betsy, my love, my workhorse, my beast, my Nikon D4 is an animal! Each pixel on her colossal sensor is relatively massive. What does that mean? Each pixel is super duper efficient at gathering light.

Simplified, that means that the dynamic range of this camera is ungodly awesome. Still confused? Ok, from black to white the range captured everywhere in between is fabuloso. More details in the darks and more details in the lights.

In the end, that RAW file is super easy to work with. I have more versatility to crush the blacks and crank the contrast. That histogram? I own that punk!

It's not the quantity of pixels it's the quality of those pixels that really matter.

And so high noon would be the hour at which I create. Bring it!

Somehow, I took position, oh, about 10 inches away from a massive pile of fresh, fly ridden and stay horse shit. Sweet. Why didn't I move? I'm not really sure.

My angle was low. I was down in a full squat position; ass to ankles. I had my head on a swivel as bikers and runners would come at me from either side at any given moment.

Husband and wife, if I had to guess. She made eye contact with a smile. An affirmation to go ahead and shoot is always a bonus. Would I have shot without the go ahead? ABSOFUCKINGLUTELY! I know my rights as an artist. Another post my friends.

And the basket! Oh the basket. Reminded me of the old Floyd song. Syd Barrett days.

Motor driving at 11fps (I think that's where Betsy was), exposure looked like this (queue more bullet points) ::

Shutter :: 1/3200 :: handholding a slow shutter to create motion blur can be a pain in the butt. I wanted to freeze motion.
Aperture :: f/1.8 :: super shallow DOF but at this distance able to get the riders entirely in focus. Risky but pulled it off.
ISO :: 280

I think that's it.

Post processing? You know me. Not much. Although, along with crushing the blacks and cranking the contrast, I did tone down the greens on the trees a teeny tiny bit.

Export for web and that's that.

I'm super excited to see who will partner up with me in finishing this post! Good luck. With the multitude and mangled content, or would that be labeled discontent, I feel like a bald but Jonesing trichotillomaniac. Yeah. I went there.

Once again, here are the places you can enter to win ::

And if you find yourself feeding your need for eye candy over at the main website, MICHAEL ANTHONY MURPHY :: PHOTOGRAPHER, you can navigate your way, one way or another, to one of the other locations.