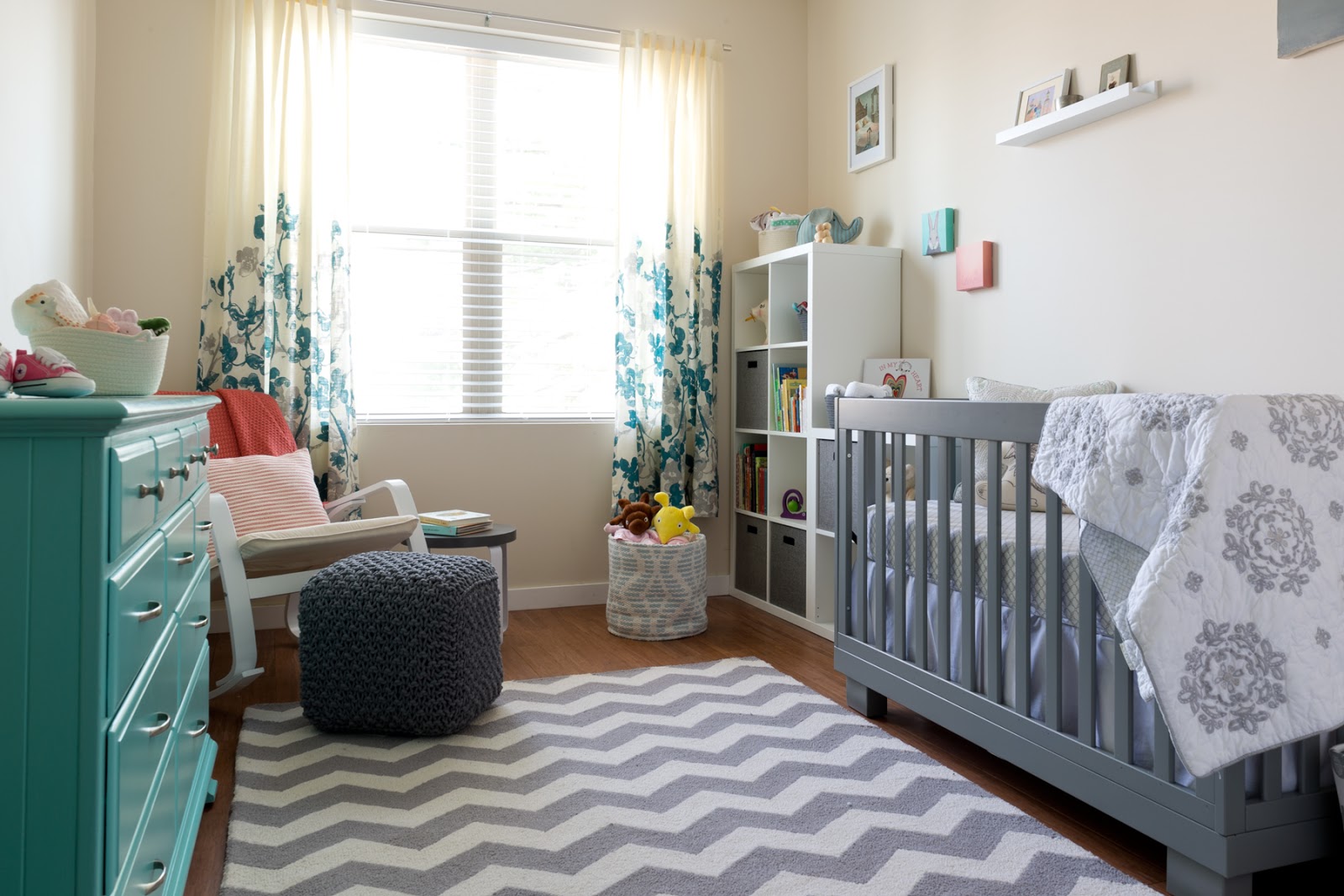 Over the weekend, I was inspired to further explore the world of real estate photography; interior design.

You may or may not be aware that, yes, I will be a daddy sooner than later. Shit, I may be a father by the time this post arrives in front of your eyes. Kooky world which we live in isn't it.

Htm? If you weren't yet introduced, be sure to check out [this post] regarding the special announcement that was made back in December. Besides being a super cool super short film, it is the first announcement that Stefanie and I would be having a daughter! So WTF is Htm?! Her nickname if you will. Harper Thomas Murphy.

You wouldn't expect a plain Jane name from us now would you?

The first inspiration would be obvious. Um, revealing her room via one super rad photographer? Yes. Duh.

My wife, Stefanie, was procrastinating the shoot a bit as there is still stuff that she needs to add to her awesome design. I realized that this room would never be totally complete and vetoed her decision to delay the shoot "just one more week."

The second inspiration and totally out of left field was just the other day. After crushing our bodies with an "elevated level of cautious stupidity" . . . Huh?

My good friend Eric Gerchberg and I spent the day at Big Boulder crushing the black diamonds, parks and even creating our own tracks, traversing the mountain where no other humans, to our knowledge, dared to expose their bodies.

It was sick! And I mean that in the best way possible.

Anyhow, on the ride back to Philadelphia, while licking our wounds, we got to talking photography a bit. Shocking, isn't it?

Eric mentioned an interior shot I created last year. Shortly after moving into our new Fishtown digs, I was compelled to shoot our new master's suite, from my atypical, outside of the box, perspective. Wanna see it? I know you do. Ok, you can feast your eyes on that work right [here]. Delicious right?

Before I push this section into a train wreck let me summarize by saying with the combo of Eric's mention of my interior work and the rapidly approach of Htm's arrival to planet earth, I realized the shoot had to happen . . . NOW.

Where do I begin? Ah, the concept. The idea. What did my mind's eye see that I would create with light and camera to share with you?

Soft bright light was what I envisioned. Standard of my portrait works you would normally find that I often crush the blacks, crank the contrast; it's my 'look'. Not for the baby's room. No sir. This would be clean and sharp, yet soft to the touch; straight razor meets fluffy white shaving cream.

Blowing out the outdoor details would be a no brainer. Besides keeping the viewers attention to the details in the bedroom, the bright light should evoke an emotion of peace and positivity; life.

I wasn't sure how the shadow camera side of the room elements would fall into the deep darkness so I preemptively prepared to use at least one fill light from the front side.

Even though I was shooting only seconds away from the studio, I wanted to keep it as simple as possible by using a minimal amount of gear and utilizing the ambient light as much as possible.

The gear chosen for the day?

That's it. Yes, I hauled over a couple Wizards and a strobe or two but DID NOT use any flash or hot lights whatsoever.

Here's an iPhone 6 Plus snapshot of the set :: 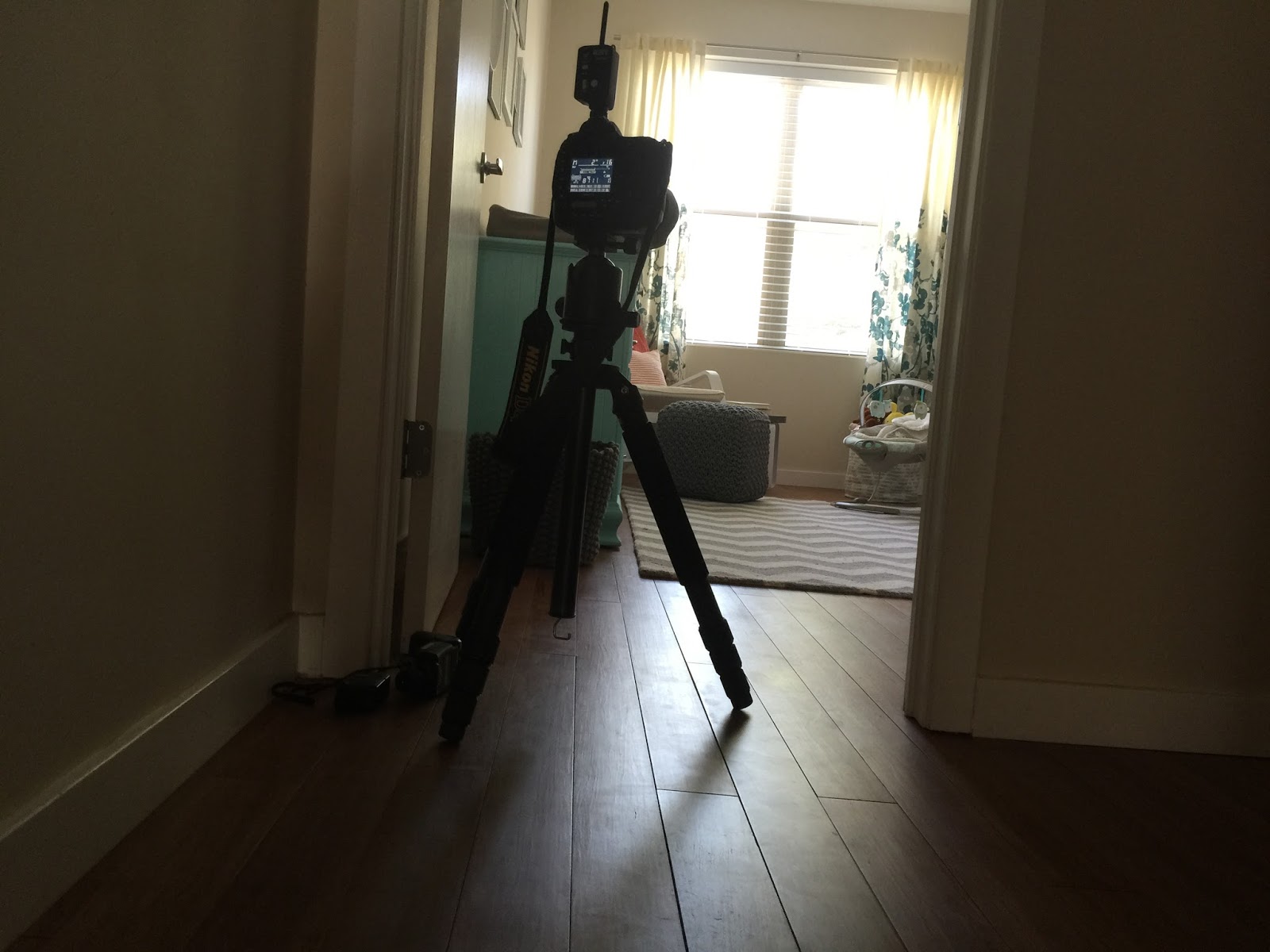 Besides being maybe the most catastrophic iPhone photo ever, you can see how UN-sexy the setup actually was.

Take a look towards the lower left of the setup. There lies a lonely Speedlite and Pocketwizard. And there they stayed.

So how was such big wonderful light achieved? With the tripod my friends.

No, I haven't gone insane in the brain. I'm not loco esé.

To suck this humongous, ginormous amount of light onto Betsy's sensor, I had a couple of options.

Second, crank the ISO to the stratosphere. Nah. No noise allowed. None.

What haven't we talked about? The shutter speed. Assuming we were working in hand holdable ranges, those first two variables, had they not become problematic, would have been great ways to adjust and problem solve.

BUT THEY WOULD BE PROBLEMS. NO  NOISE. NO BOKEH. NOT TODAY.

So the answer would be?

Caress that shutter as if she were southern BBQ, slow and low baby, all day long. 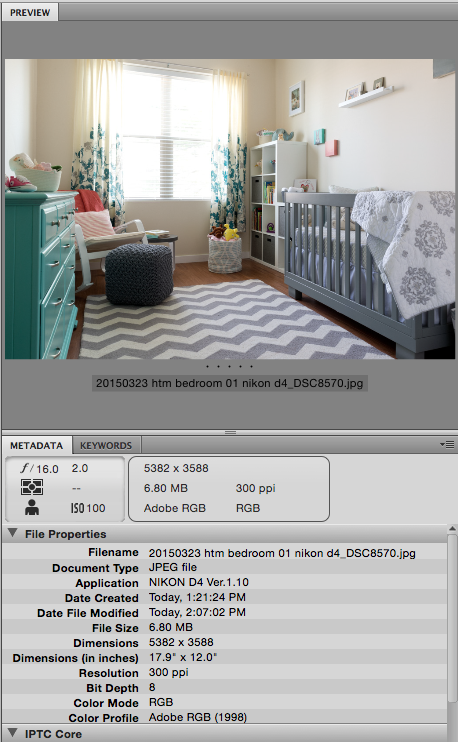 Shit. I hope I didn't overload your brains with data.

Let's get to the relevant information in this metadata; the exposure.

This is where the Feisol comes in to work its magic. STABILITY.

A good set of legs is priceless. The tripod becomes a light source in and of itself if you use it properly.

More times than not, I'm a hand held shooter. I like to study my subjects, move around, up, down, side to side. Tripods steal these liberties from me.

I know when they are needed, THEY ARE NEEDED.

Which is why I choose FEISOL.

No, they aren't a sponsor . . . yet. I just freaking love FEISOL product and their staff is pretty awesome as well. When I had questions, the president and CEO spoke to me directly. Pretty rad.

With the super long exposure, I felt the amount of balanced light that was bouncing around Htm's room that the need for strobe was null and void. I did pop a few shots with the speedlite bouncing off of the ceiling but it didn't get me tickling inside. The goose bumps come from the shot herein.

Stars Of The Show

See the yellow and brown fellas, towards the windows, in the basket? That's PEE & POO! How awesome is that!?!

Thanks to Stefanie's friend and colleague, Rich Wakefield, I can proudly say that I now own PEE & POO dolls. Thank you! I think.

I gotta go and ice my middle finger. I totally think I broke it on the mountain.