going beyond the headshot :: fashion shoot with actor/stuntman jeff orens 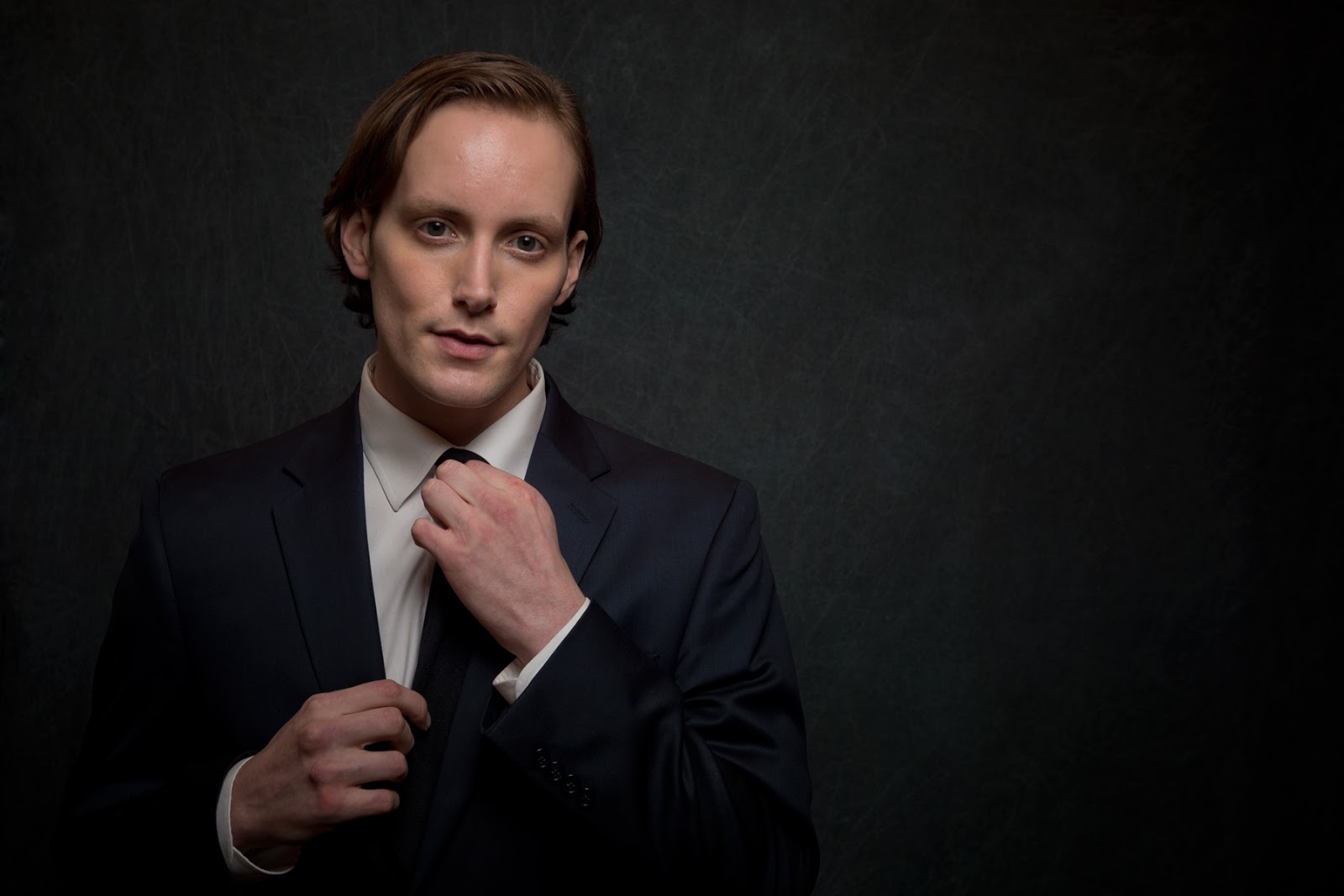 Every so often a new king has to take the throne. Same holds true over at the main website michaelanthonymurphy.com. Forthwith, the reigning patriarch had to move over for some new royal blood.

After holding the throne, for about a year, as the opening photograph over at the portfolio site, it was time to take the crown from Actor/Director Brian Gallagher and give the throne to Actor/Stuntman Jeff Orens.

I love Brian. Don't get me wrong. It was time for a fresh new arrangement on the site and after the recent shoot with Jeff, it was a no brainer that he would take the lead.

That's not what we are here today to talk about. Whew, I could have taken that rant far from the rails of today's agenda.

The Day's Dose Of Deliciousness?

Let me first introduce Jeff Orens. Jeff and I were introduced last year as I was in search for the lead actor in my short film, currently in post production.

His versatility? Fascinating. Besides being one hell of a stuntman, Jeff can nail the creepiest of characters to some comedic roles that would have you on the floor.

Did he score the lead in my film? ABSOFUCKINGLUTELY!

The awesome byproduct of the creative world in which we work? Everybody becomes best of friends after projects and further, everyone knows EVERYONE. 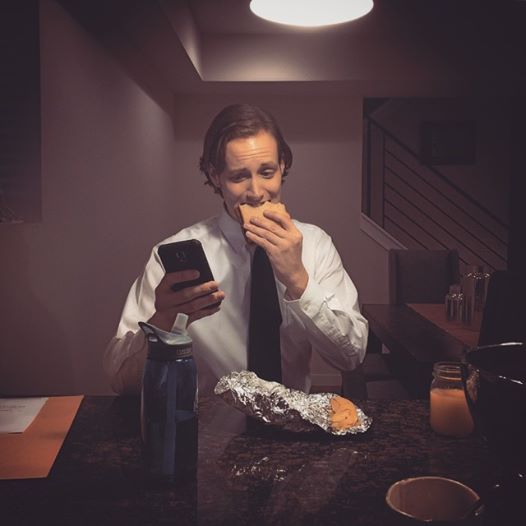 So Jeff was in the need of some headshots. Bright on white. That's the high end route I've been taking for industry headshots lately. This style flatters the subject while giving agents a big smack of WOW, right across their faces. Only when you finish here should you check out that high end style [HERE].

After we ripping through about 500 RAW files we decided it was time to shoot something a little more fashion oriented. Something beyond the headshot.

Hmmm. I do enjoy muslin these days. And no, I DID NOT say Muslim. People outside of the studio world continue to ask me why and how Muslims apply to my studio shoots. It's MUSLIN, a cotton fabric; a background for photographic sakes.

Needless to say, I threw Jeff, pimped to the nines, in front of the muslin that I think I bought from Impact. Yes. I'm pretty sure it was Impact. The particular Savage model number that I wanted was out of stock at the time of purchase. I'm thrilled to have discovered the Impact brand.

In front of the lens, I kept Jeff's posing very casual. No hard directions. No squinching at this point. No turtle heads. Ha. I said turtle head. I digress.

The Dead Weather was cranking through the walls while Jeff simply vibed with the rhythm as I fired off the shutter in synchronization to the beat. It was magical. 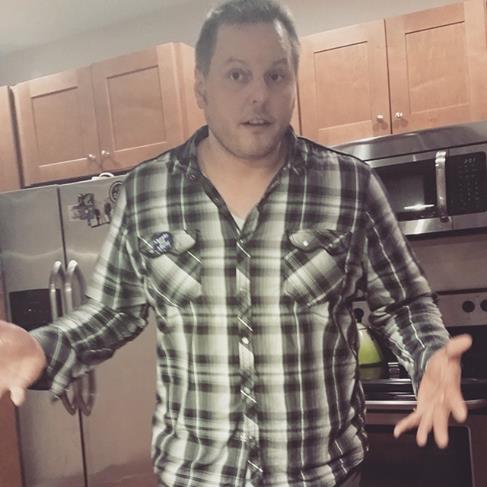 After about 4 solid hours of shooting, we wrapped the day with a few iPhone shots.

A Diamond In The Rough

When it came time for the upload of two very full XQD and CF cards, I had some doubt in my mind about the pimped fashion frames. I knew we nailed the high end-on white headshots but eh, something was nagging me about the muslin work.

After the upload was complete, I got into my pajamas, grabbed a goblet filled with Rochefort 10 degree, sighed as I eased back into the couch with the Macbook Pro on my lap and begun to review the day's work.

It was neither his best pose nor his most beautiful shot. No. There's a realness about it. I had to ride that wave into the post production.

This is where I have taken a strange and yet ginormous turn.

Although I don't do a ton of post processing these days, when I do, I have the tendency to crush the blacks to some degree. Yes, I like a tiny bit of clipping in the histogram. No worries. It's my style. I don't get too crazy but a tad bit of clip is right up my alley. 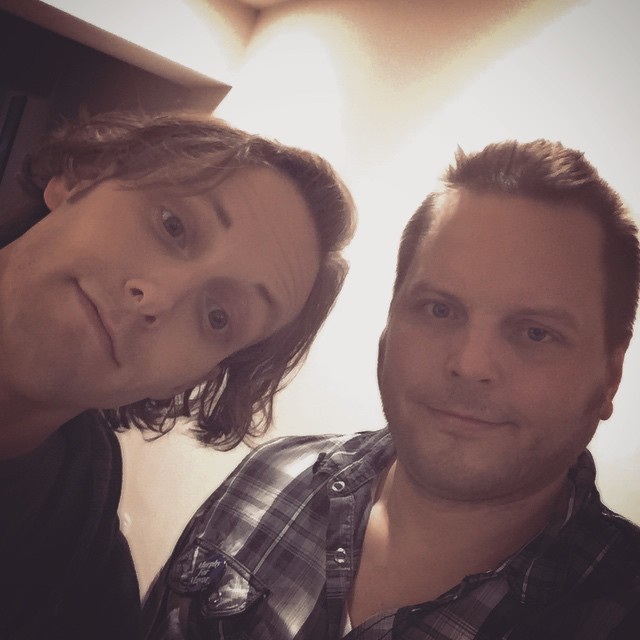 For Jeff? No. I didn't want to go to contrasty or super thick. Why?

Think of an issue of W. Brilliantly, a book filled with 99% fashion advertisements. Many of those ads in today's market lack a degree of contrast. Yes, this style has gone rampant across Instagram and other social networks which is why whenever you are experimenting with a "LOOK" you do so with prudence. You certainly don't want a publisher to look at your work and say "Hey, that's the same way my 12 year old edits her iPhone photos." Ugh. That would be horrific.

What was I saying? Oh. Yeah. So I didn't crush the blacks as I normally would but I didn't play so evenly across the histogram that the file looked like a vast sea of everything else.

The Blacks? I took them to only a +2 where normally I crank upwards of +8 or +10. A +2, for my style is way out in left field. To some it may not even be noticeable to the naked eye but to a well trained pixel peeper, oh boy, yeah, they would call that shit faster than green grass through a goose.

The remainder of the editing process was pretty straight forward. Damn. My brain is at half power today. You'll also notice that I cranked a dark yet highly feathered vignette. We needed the right side to fall off pretty hard as this image will likely be used with some copious amounts of text to kick. Think Double Truck in VHI.

Yes, we got nerdy already to some point and this is pretty ass backwards from my normal post progressions.

One light was used, centered overhead nearing a 45, 5 feet from Jeff's head.

Be sure to check out Jeff Orens and Brian Gallagher, both on IMDB. Here's their links ::