double header :: a rant on resolutions and a fashion selfie among selfies 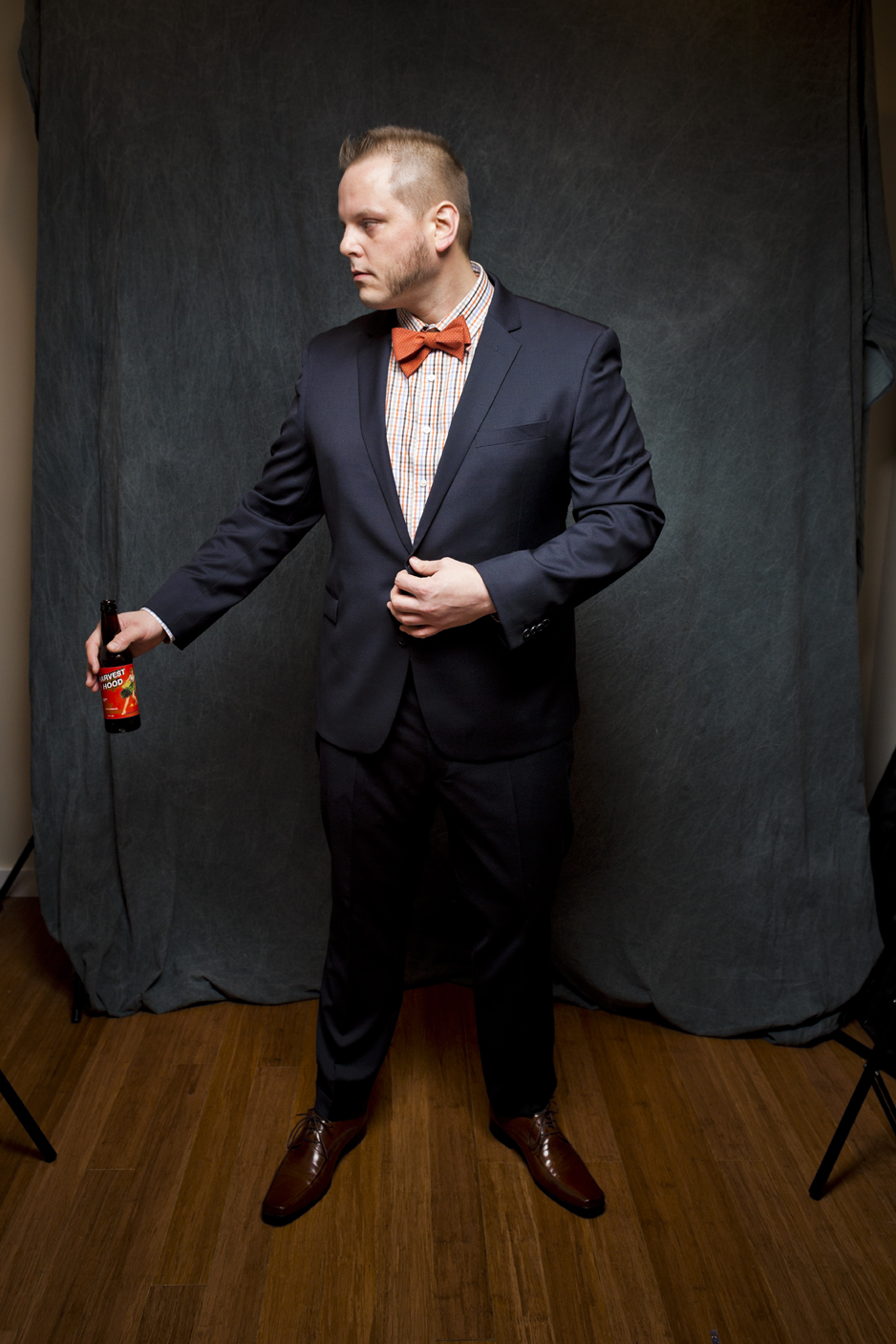 Resolutions are for pussies.

Every year, around November or December, people around the globe start to talk about how they are going to better themselves upon the magical stroke of midnight. As if at this hour the planets will align, the cosmos bursting with radiant energy and gravity becomes merely an idea . . . all for their miraculous new year that lies ahead.

Ahhh. The infamous New Year's Resolution. IMHO, they stink of laziness and procrastination.

Join me today with a journey of inspiration, some unnecessary vulgarity and by popular request, me, as rumored, wearing my favorite new bow tie.

[Note :: if you are new here and have landed on the main blog page,  click Read More or the post title to continue to the entire article.] 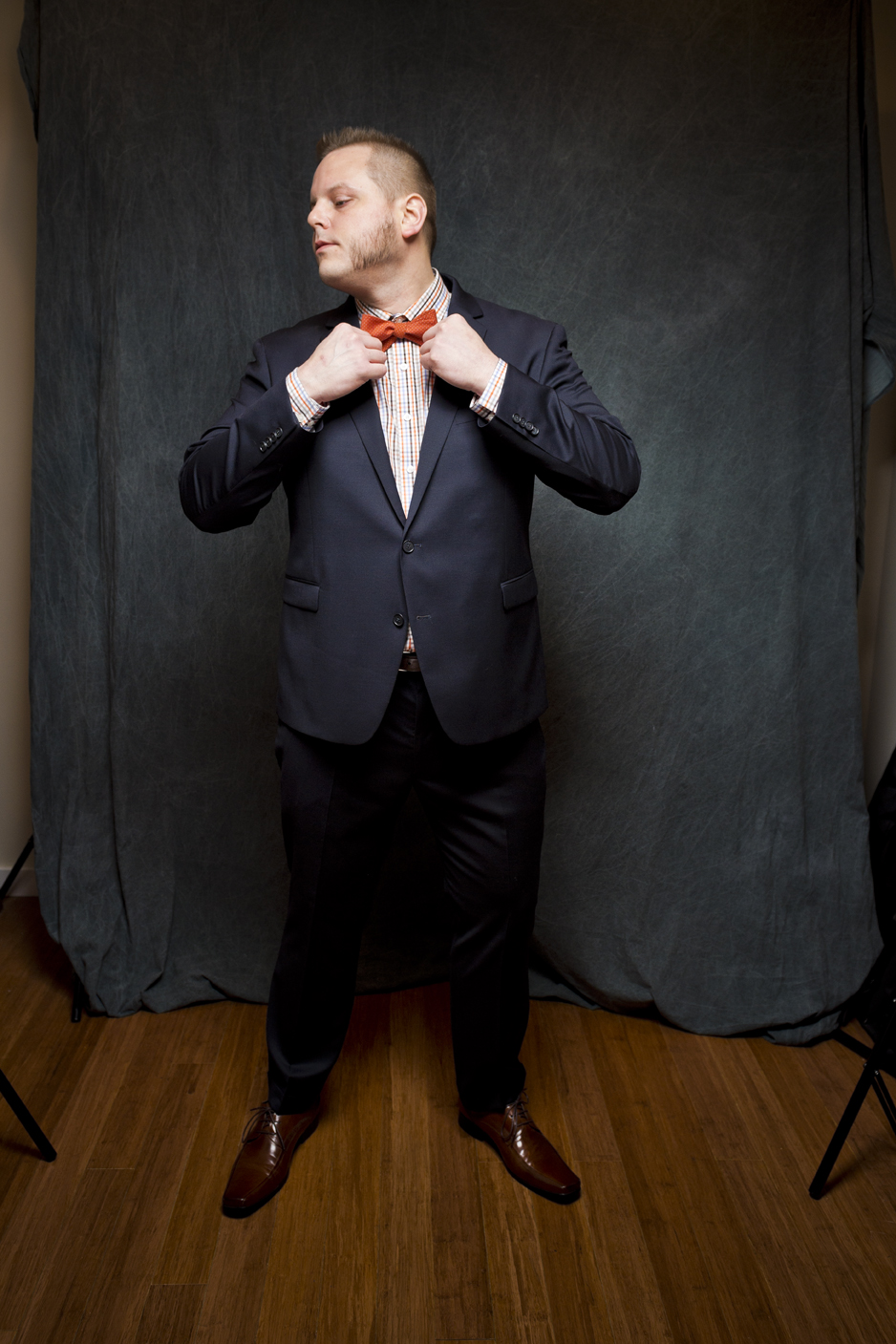 The Merriam-Webster Dictionary defines resolution as :: the act of finding an answer or solution to a conflict, problem, etc.

Let's get deep on this word. The root of resolution comes from the Latin word, solut, which can be defined as loosen.

Having said that, we can surmise that the person making the resolution is in essence undoing some wrong in their life.

Obvious? Yes. But just trying to reduce this idea into basic elements.

[And you thought you'd just learn photography here. Ha! I promise. I will tie the two together, somehow, someway, no matter how ugly the segue may be.]

Shall we think about it for a second? Millions and millions of people, worldwide, waiting for the miracle of January 1, 12:00, in their time zone of course, to fix that that makes them so unhappy.

Help me out here my friends. Is this idea obscenely askew? Can the planet's majority be right and I'm so freakishly wrong?!

One In A Million 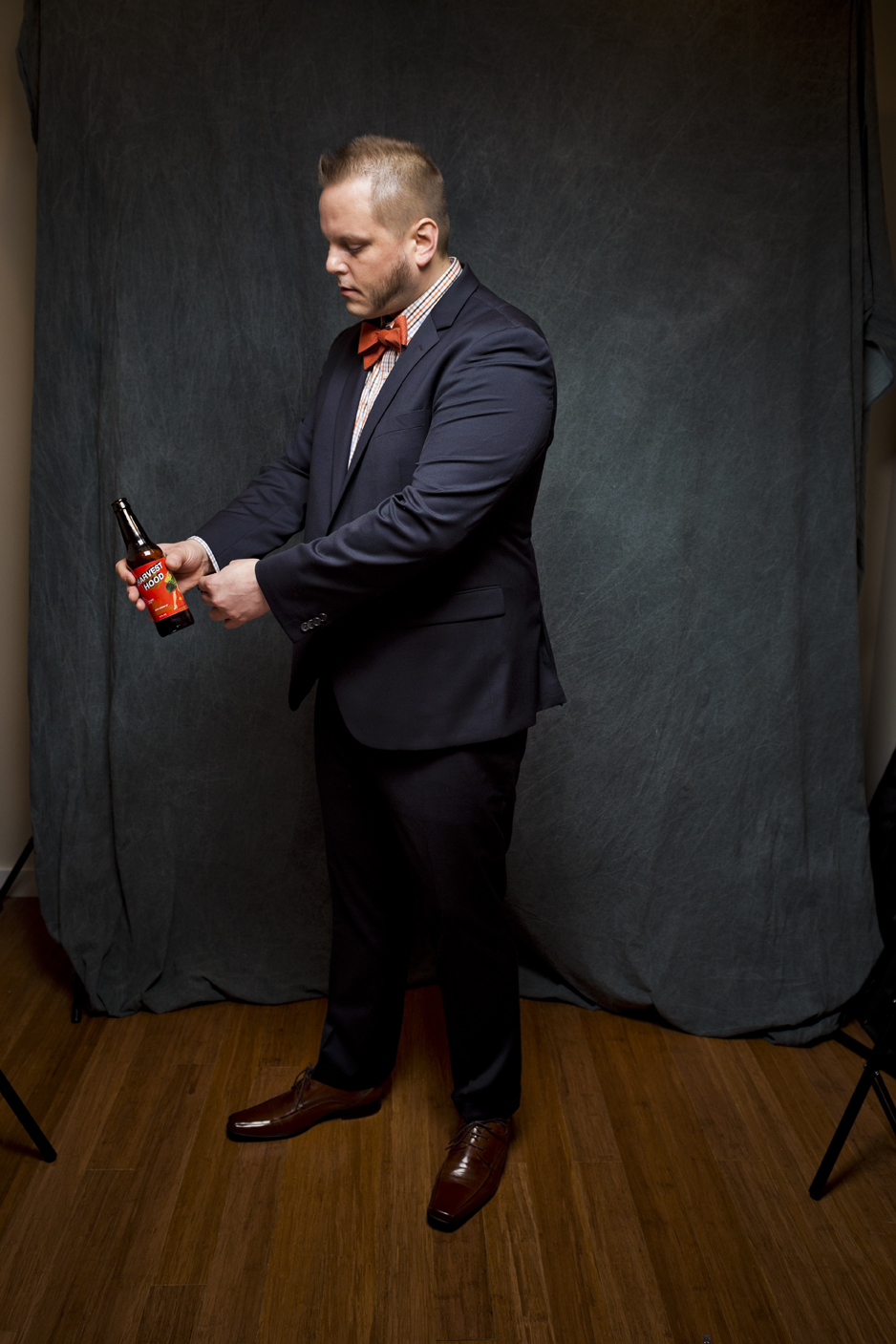 Can the planet's majority be right and I'm so freakishly wrong?! Not deja vu. I did indeed retype that statement.

Over the last few years, as my passion for creativity and art has exponentially flourished, so has my awareness of the world around me.

This, the one that I see so clearly now, is an affliction that is bestowed upon our brains from birth. It's the term I coined as The Sheep Syndrome. Yep. I coined it. It's mine. Yes, you can use it. Just give me props when props are due.

What is The Sheep Syndrome? Look around. Are you in the office? In a classroom? Rush hour traffic? On the assembly line? At the dinner table?

Everything you do, from birth until death, is driven obsessively into your brain to be a busy little worker bee. The ever conforming sheep. The square peg goes into the square hole. I before E except after C. When in doubt mole it out. Every Good Boy Does Fine. The quick brown fox jumped over the lazy dogs. Time to make the donuts. Collate. Separate. E FP TOZ. dilate. Good night.

But somewhere down the line we, the black sheep, took the red pill.

Following my heart and not my pre-programmed head, things became quite lucid.

With this new enlightenment, it's time to answer the question :: Can the planet's majority be right and I'm so freakishly wrong?!

Which brings us to the first of the two questions.

The New Year's Resolution :: Is This Idea Obscenely Askew? 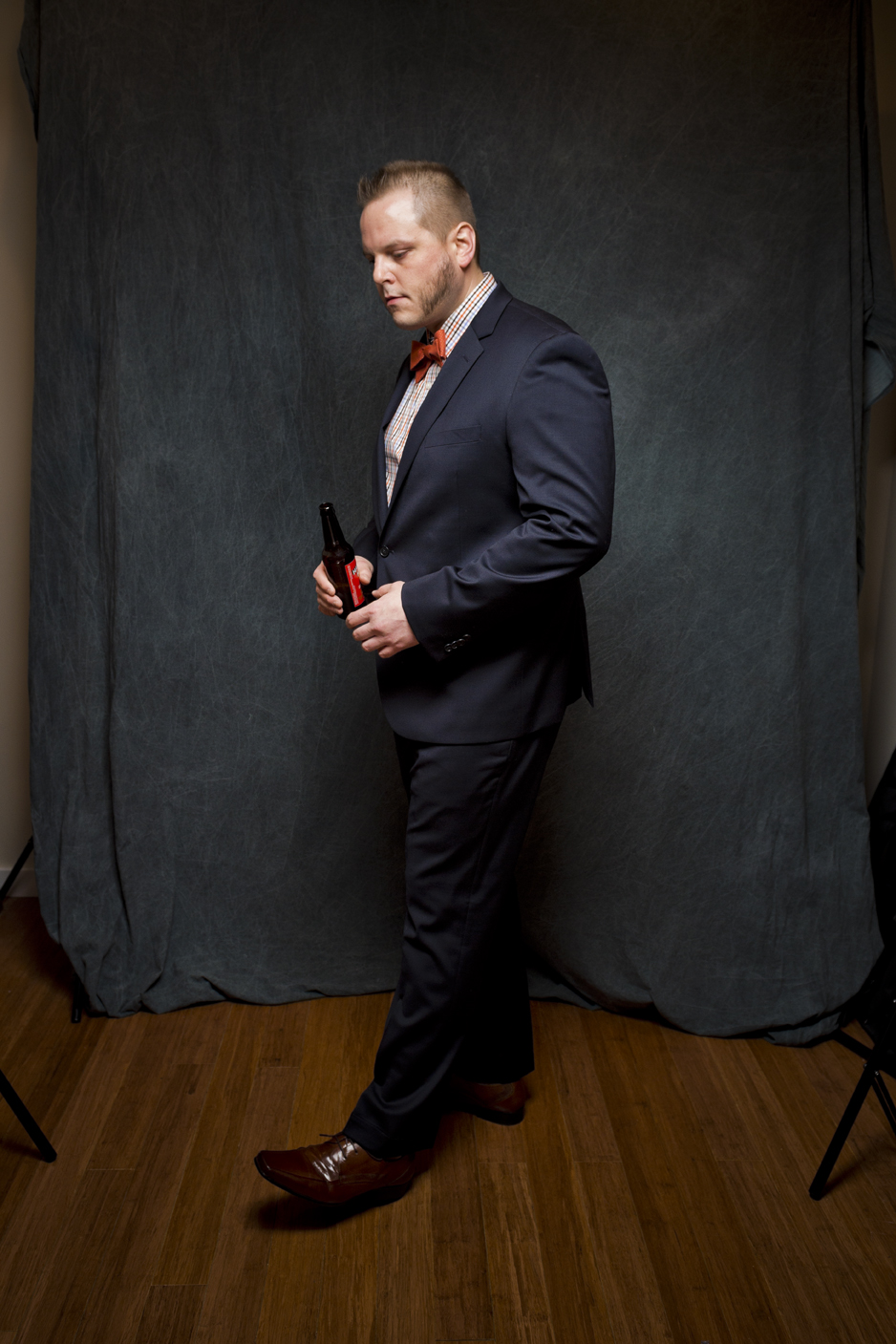 With my seemingly odd POV, you could more easily understand how I have come to the fact that The New Year's Resolution is for the lazy and procrastinators. Sorry. The truth, no matter how strange, can hurt.

From the sheep's POV, it makes perfect sense. The year is coming to a close. Everyone is talking about the big new year and how their lives will be profoundly different as they make their personal pacts; righting their wrongs.

People, January 1 is a man made figure. Although our clocks are always ticking, hours, minutes and seconds? They are all man made. Some dude a long long time ago decided that our calendar would have 12 months and 365 days, based on the stars and some other astrological shit. Maybe July 3rd should be the magical mark of a new year. Why? No reason. Why not?

Why the fuck would you wait for January 1st to take action to fix what makes you unhappy?


"The best time to plant a tree was 20 years ago. The second best time is now."

Good. I've went well past where I wanted to. So much for my shorter blog post resolution. HAHA!

January 1 has come and gone and I'm sure there are people out there who already skipped that workout they promised themselves, ate that cookie, drank that wine or smoked that bowl. Next year is a long way away. You fell down? Get the fuck back up.

As for this black sheep? The awesomeness of 2015, 16 and so on, has and always will be in the making.

"The slower we move, the faster we die. We are not swans. We are sharks."


-Ryan Bingham (Up in the Air)

That's what my NOW resolution is all about. In the world of art and creativity, we have got to be sharks. Got to produce and improve, all the time. Reinvent yourself via every single time you hit that shutter. Every RAW file that is processed must be better than the last.

What's in store?  More signal. Less noise. Well, you will get more super awesome content; both imagery and blogs. Motion. Be prepared to see more film projects as one is mid edit and other screenplays ready to be written.

Shit should get interesting. 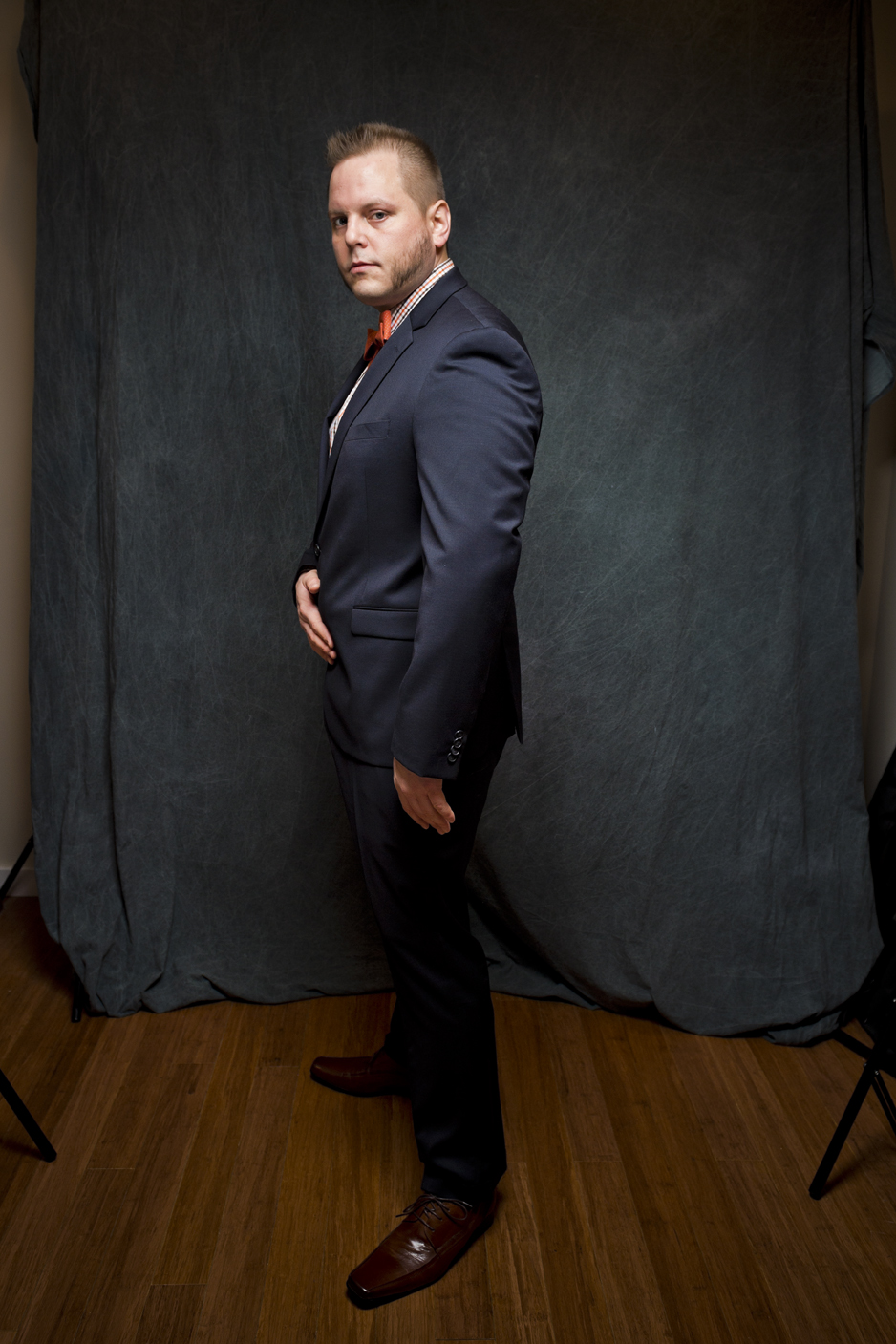 Whew. Let me lighten things up on your brain a bit. That shit was heavy. Terroristic comments should commence shortly. LOL. Be gentle.

Segue to photography and moreover, my uber sexy fashion shoot.

Ok. So I didn't quite get the call from GQ magazine. Not yet. This shoot took place in my studio. The model? Me. The photographer? Me.

Before I break down the photo, let me say how useful self portraits can be to your creative growth.

The selfie among selfies.

Recently, I've been growing a new portfolio that will conditionally be named DUDES DRINKING IN THE STUDIO.

I thought that I should also get my big ass in there.

I shoot these relatively wide. Typically with the Nikkor 24-70G ED at 24mm. Sometimes I crop in after the fact but lately I've been diggin' the imperfections of leaving the normally, out of frame elements, in frame. Kind of goes with the motif. As for edits? Some have been overly cranked with contrast while others, like this, are somewhat tame in the digital darkroom department. White balances are all over the place. Basically, when this portfolio is finally put together, it may be pure organized chaos. Just as today's post has been.

The workhorse of the shoot was, of course, Betsy (Nikon D4).

Her legs were a long sleek and sexy Feisol carbon fiber tripod system, neck and ballhead. I can't remember model numbers off the top of my head.

The key strobe was modified by my favorite and resurrected 28 inch Westcott Apollo Softbox. Love the control of that baby.

Doing the talking between Betsy and her strobe were a set of the awesome Pocketwizard Plus ii transceivers. Beasts. If you're in the market for triggers, go big or go home. Those cheapo triggers WILL fail you. I promise.

Carrying the background and strobes are Calumet stands. Boy how I miss my Columbus Blvd. store.

The muslin? Hmm. I think it's reversible from Impact. Yes. I'm pretty sure of it. I wanted to go Savage for this similar color but at the time I needed it, they were backordered a bit. I like the heavy duty fabric of Savage muslin but the Impact worked just perfectly.

Got it? Good. Now for the super sexy model. Yeah man! I'm working my Magnum and Blue Steel here like a champ. LMAO.

Beer :: Philadelphia Brewing Company's Harvest From The Hood (with hops grown by the local Greensgrow Farms)

The sheep thing? Look. I was there people. I get it. I'm not a hater. But let me tell you. If you find your true passion, your reason for living and you pull yourself from that Laverne and Shirley assembly line, stop making those Spacely Sprockets, I'm telling you, it's a liberation that is untouchable.

Scary? For sure but that's just a result of our early programming. Reboot and reprogram.