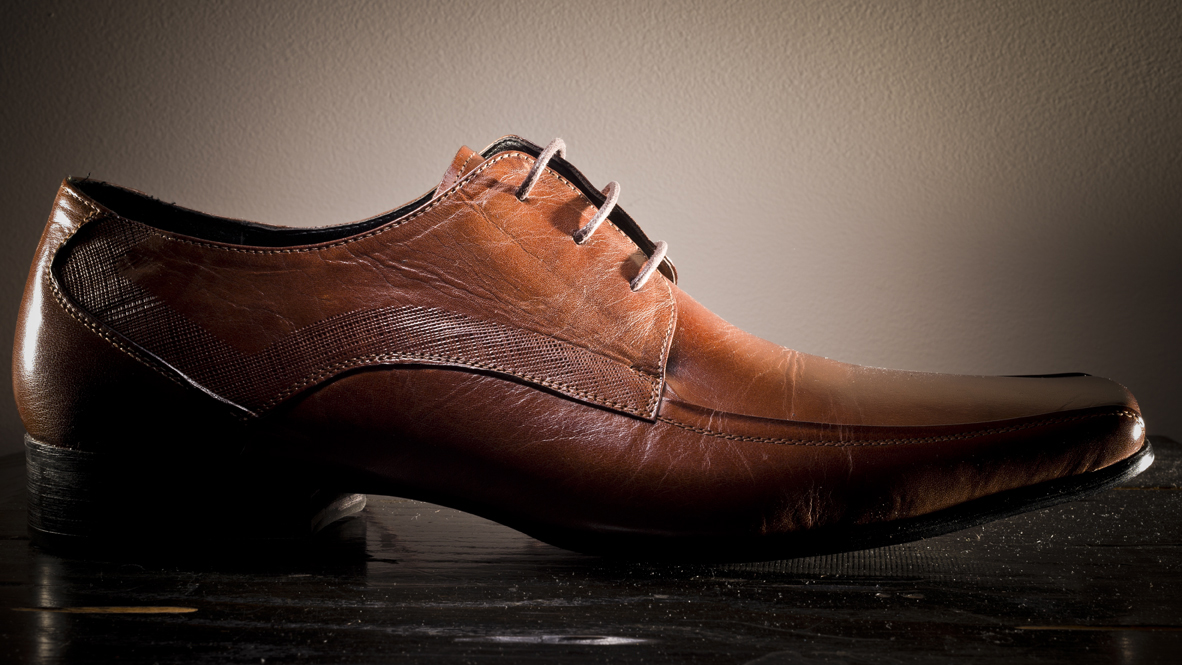 As you may or may not know, I don't oft get dressed up.

Yes, even on the biggest of shoots I wear my favorite flannel, jeans and a pair of old Chucks. Not professional you say? I say bullshit. You, the creative are hired to be exactly that, creative. They didn't hire an accountant. This doesn't mean you should show up looking like a bum. Use your brain.

On the other hand, this may not be appropriate for certain gigs such as a wedding or bat mitzvah.

What's my point? What's this rambling about anyway?

It was on October 4th that my sister-in-law Jaime and fiancé Jiro Wolf were to be married at the Nassau Inn, Princeton New Jersey.

The date was nearing and I was in desperate need of some new threads.

With only a couple weeks to go I landed some pimped out gear (sadly not photo gear). Kenneth Cole head to toe with Michael Kors shirt and an Original Penguin bow tie. Custom tailoring to perfectly fit my body that is just shy of perfection. Wink wink.

Ok, ok. You want to see me in the suit, you'll have to wait until next week when I properly create a studio self portrait.

So with the deep dark navy blue suit, all arrows pointed toward brown shoes, not black. Shit, I didn't want to drop any more dinero on this wardrobe but I wasn't about to half ass it either. Mack Daddy Michael Anthony Murphy about to hit the street, watch out.

The shoes? Of course Kenneth Cole. It was a decade ago when I bought my first pair of Kenneth Cole snakeskin boots. They fit my fat feet perfectly and it was on that date of purchase that I decided Kenneth Cole, along with Converse, to be the staple brands in my closet.

These babies sleek and sexy, were in need of my photographic attention.

I'm a big believer in the less is more paradigm. Lately, I've been producing the best headshots in Philly with a simple - one strobe, one mod, one reflector setup as was done [here].

As for the sleek and sexy lines of these shoes, I felt modesty was not the answer to this photographic challenge.

While examining the shoes up closely, I felt the light needed would be analogous to that of lighting a automobile; specificity in highlight and shadow decision making. . . at smaller scale of course.

Think I'm crazy? Of course I am but take a look at the shoe. Can you see the aerodynamics, the shoulders, the center of gravity? It's a reach but with imagination, you can surely compare the two.

Ultimately, I decided to use a three strobe setup.

The Enemy Of My Enemy Is My Friend 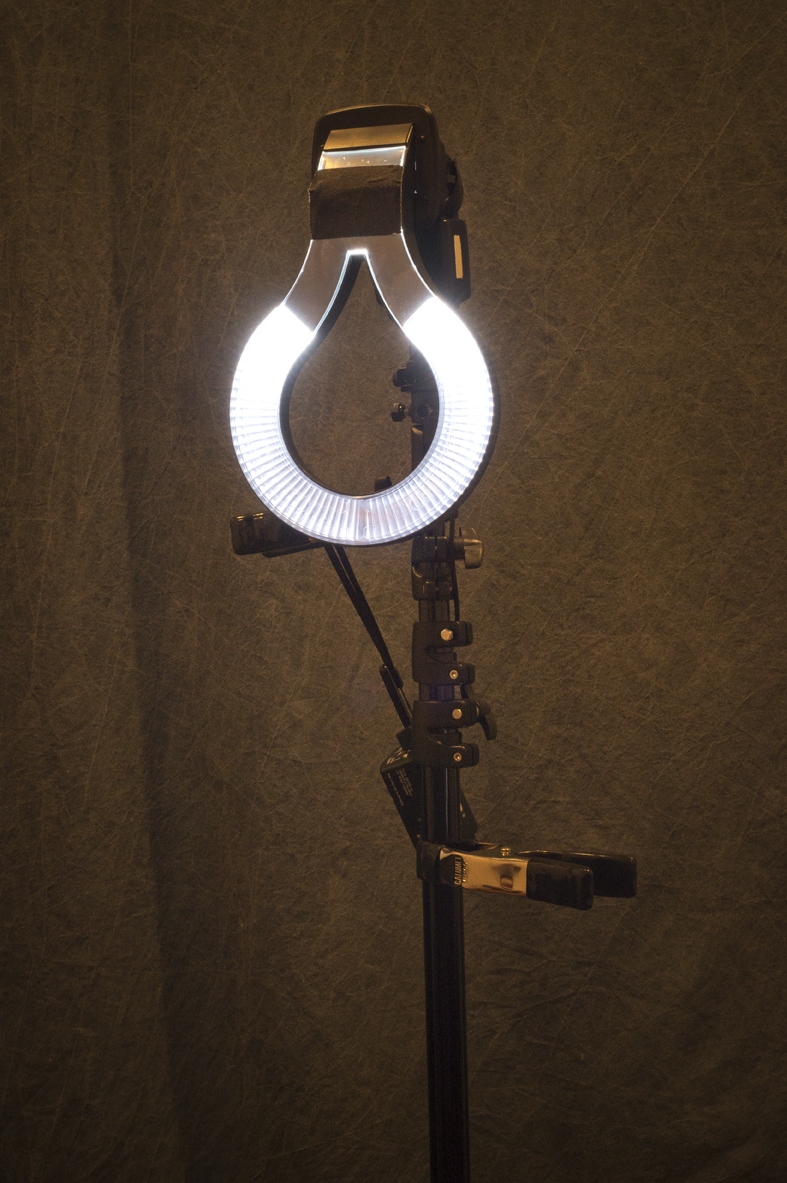 In the past, in my gear bag, I've had one single nemesis; the O-Flash by Gadget Infinity. I'm not going to link to this item as I think it has been discontented.


What is it? Just another ring flash mod that had grown enormous popularity a few years ago. Photographers across the globe jumped on the bandwagon once discovering the ring shaped catchlights achievable by this mod. It's great for shooting fashion, macro and other photographic applications IF you use one that doesn't suck the marrow from your bones.

For $25.00 USD, I should have known better. Sometimes the axiom is true that you get what you pay for. So I wrote and ranted about this Hong Kong hustle and how I speculated to have been ripped off.

This bastard was the black hole of light modifiers, sucking  f-stops like a hooker to a hot dog.

The O-flash collected dust in the gear storage vault until one day I offered an olive branch to her on [this] cold winter's eve.

Bottom line? I had to learn its limitations. If I'm gonna work in the area of ISO 100 the strobe that's nuking the insides of the ring flash had better been fully juiced because 1/64 would be a pipe dream.

But today isn't about giving the spotlight to the ring flash, get it? Spotlight? Ha. I'm such a dork.

Building From The Black Canvas 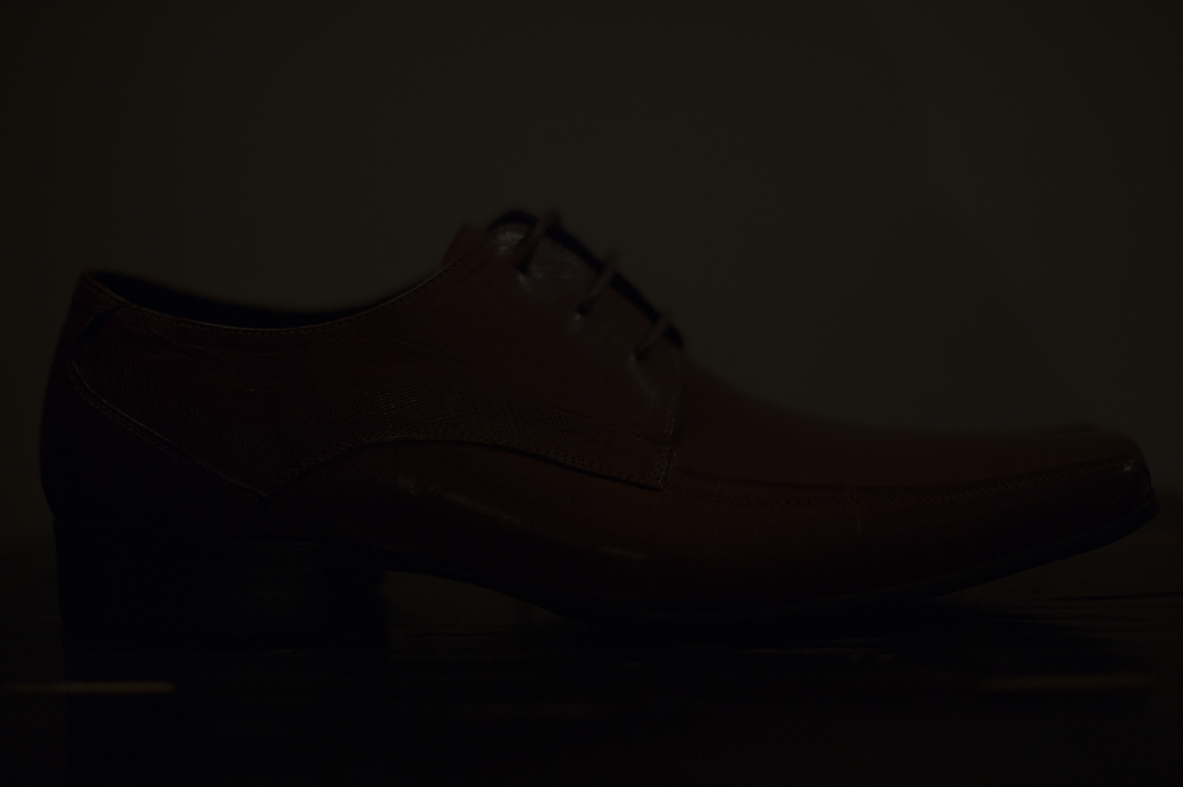 Every single Photograph I create begins with a canvas similar to this one. See it? There's a shoe there for sure but you gotta look really close, if your monitor is properly calibrated.

From this point of darkness it's time to build out the light. 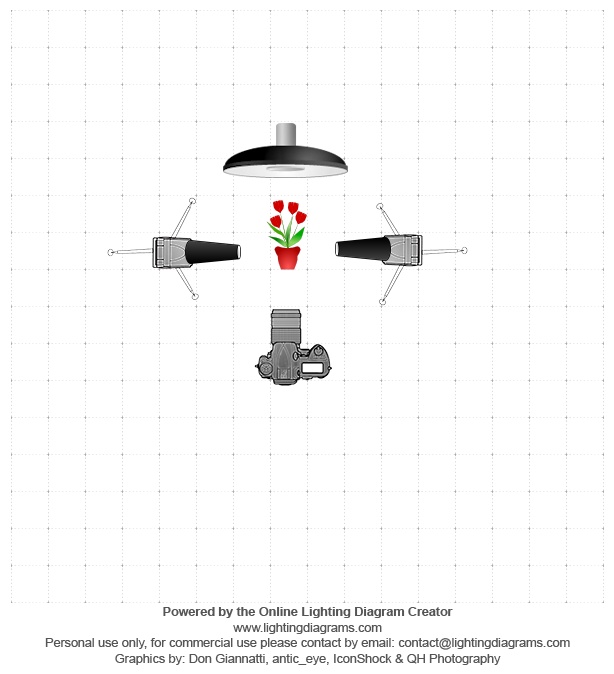 Take a quick study of the diagram here.

Intense? Sure, it can look intimidating but when each variable is explained you will surely get it.

No worries, I promise.

Let's first look to the right and left of the flower shoe. Here I placed two Vivitar 285HV strobes (< $100 USD), flagged. Flagged? A piece of black board on either side of the lights, keeping the bare heads from contaminating the room with spill. The flags channel the light into a highly controlled beam.

Why? These strobes, each at 1/16 power ratio, unfortunately their lowest, would pop a nice hard and specular light on the front and back of the shoe without really falling anywhere else on the scene. See it?

Last but not least is the big poppa of day; that son of a bitch ring flash adapter. Again, we made our peace and I'm well aware of its limitations. Although the Vivitars were barely popping to get those bright ass highlights, I'd have to petition for some nuclear generators from FEMA to fully juice the 430EX ii.

Now you may be asking yourself why I chose this mod.

Big beautiful soft light was not my goal here. Check out what this light did.

Notice the textured seams and how that shoulder area of the shoe is lit in such an interesting manner and then falls off quickly to the bottom into darkness. Remember, I'm firing the ring down, over top of the shoe, like a chandelier hanging over a dining room table.

Imagine now the center of the ring flash adapter. An empty hole right? Exactly. The dark upper rear and insides of the shoe. Yup. Lastly, some splash of light on the background.

It's not only what you light but what you don't light.

Experiment, fail, rinse and repeat until you succeed.

Oh, last but not least. Congrats to Jaime and Jiro!