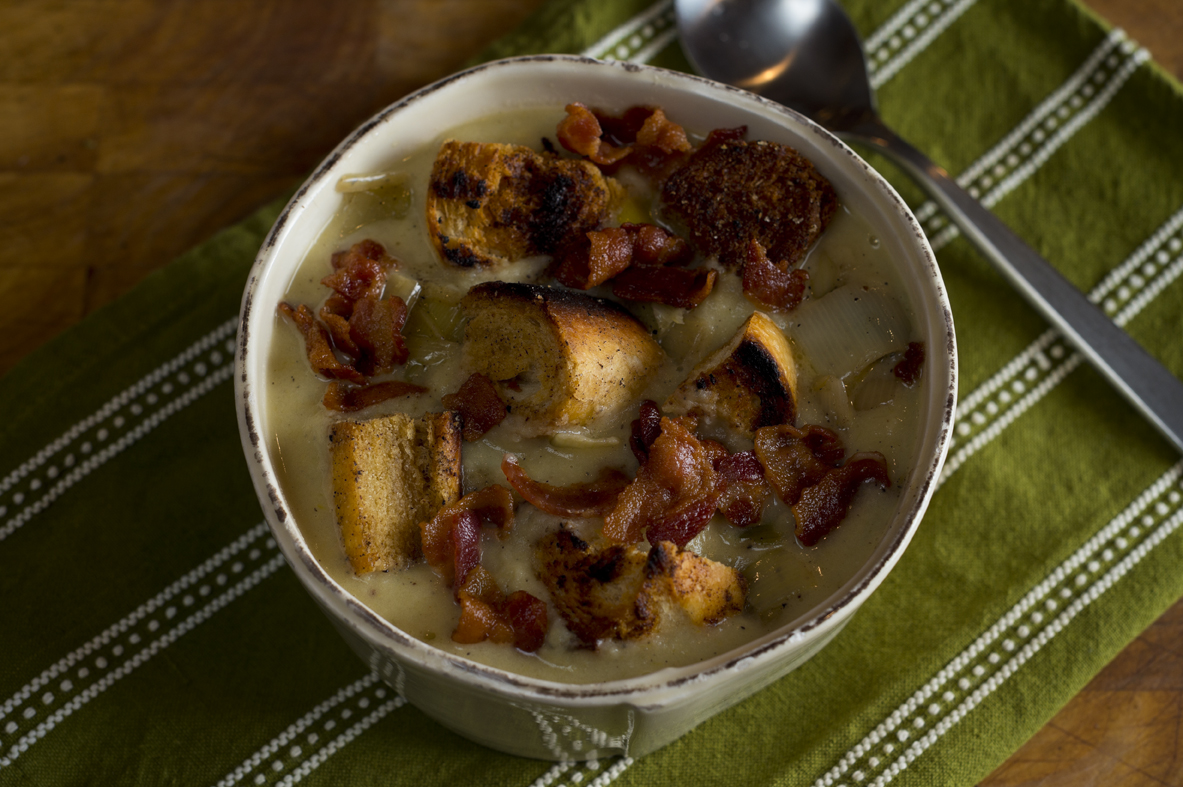 Today was supposed to be the self-portrait session but decided that this bowl of delicious potato, leek and bacon soup would be much more appetizing than my melon on your monitor.

Join me for today's quickie.

Currently, there are a lot of projects in the making. Along with the planning of a few awesome shoots to be produced over the next few weeks, I'm also damn near finished the filming of the new short film that I've recently concepted and collaborated on with talented writer Edward Campbell.

With that being said, I certainly did not want to leave you guys starving for my weekly dose of photographic and literary genius.

Nope, not gonna hang my homies and homettes out to dry. Instead I'm gonna share with you a quickie; straight to the nerd file.

So without further ado. . . 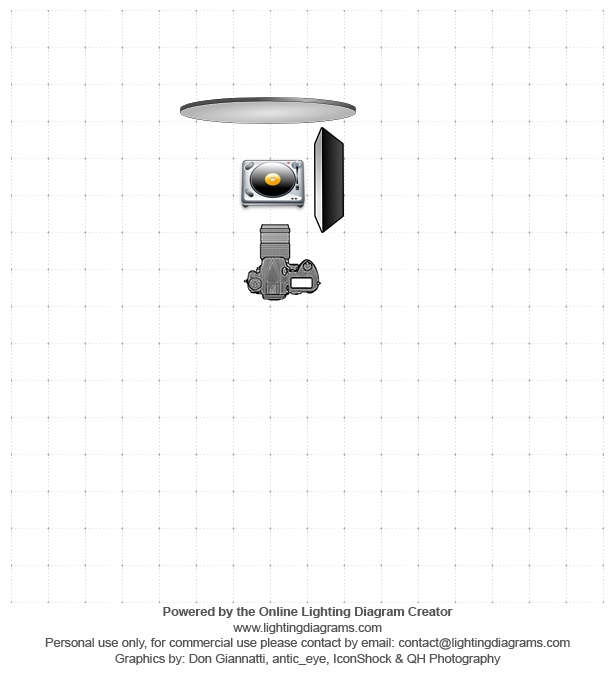 The subject :: A super duper delicious bowl of potato, leek and bacon soup with house made crunchy croutons to garnish. My keyboard may actually short out from the Pavlovian drool leaking from the corners of my mouth.

The set :: Bowl and flatware from a past limited production series via Crate and Barrel. The soup and spoon are resting upon a carefully autumn color chosen towel which is resting upon a nicely textured chopping block.

The concept :: I wanted big soft light but not so bright to evoke a happy sunshiny day. Fall dreariness with the warmth of comfort food - this was the goal of this particular image.

The approach :: Bring in the 28 inch Westcott Apollo recessed softbox, hard camera right and just out of frame. This would rake a big beautiful light across the scene while bringing out the textures from the elements within the bowl. As the light rakes the bowl, some of the puree would be left in the dark. This is where I brought in the Westcott 40 inch 5-in-1 reflector. The silver side was positioned over the bowl to bring in some nice fill within the vessel.

Um, not much. Some White Balance adjusts and maybe some contrast and minor hue tweaking.