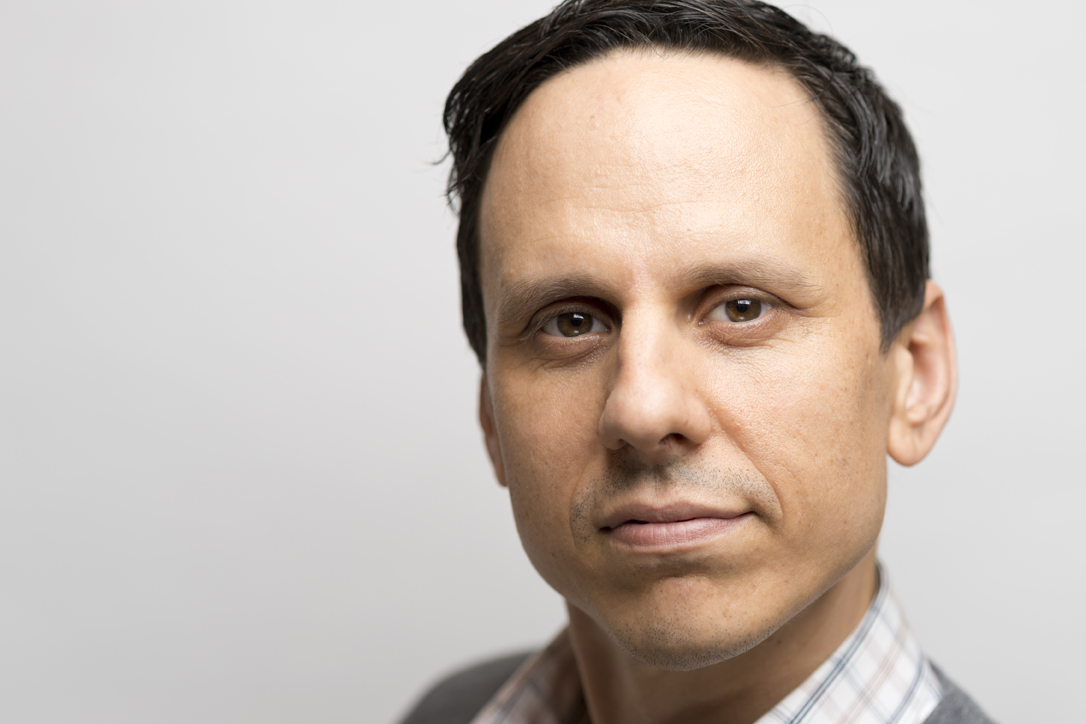 Recently, I had the great opportunity to work with one awesome acupuncturist Jason Rinker L.Ac. True, he may be the first acupuncturist that I've met but that's what's so magnificent about being a photographer; befriending new and interesting people that otherwise, you may have never crossed paths with.

Today, the progressions with Jason. From enemy of the lens to a artisan of the headshot pose.

A Quick Word About Photographing Humans

At first grasp of your new 35mm DSLR, medium format, micro four-thirds, mirrorless or even a TLR, you felt the power, like that of the cold steel of a Colt .45, in the palm of your hands. Soon thereafter, you buy your first fast lens . . . holy shit, bokeh! Slowly but surely you accept that this monkey on your back isn't going anywhere anytime soon. And you're ok with that.

You take one of two paths to hone your skill set; formal education or the school of self teaching. Before long you get a client or two. Maybe a couple family portraits or a few badly lit photos for the corner pizzeria.

Next you begin to get calls for commercial and corporate clients. You have an arsenal of gear. You can now turn night into day. You think with all of your awesome gear that your shit doesn't stink.

F-stops and ISO are instinctual. The Inverse Square Law? Puhhleeeaase.

You show up to the office of your first "real" client, with the nervousness of a cub scout earning his Webelos badge in the basement of a Catholic church. But with your insane knowledge of lighting and exposure you're pretty confident you'll nail it.

And then your final image of this big shot looks like this . . . 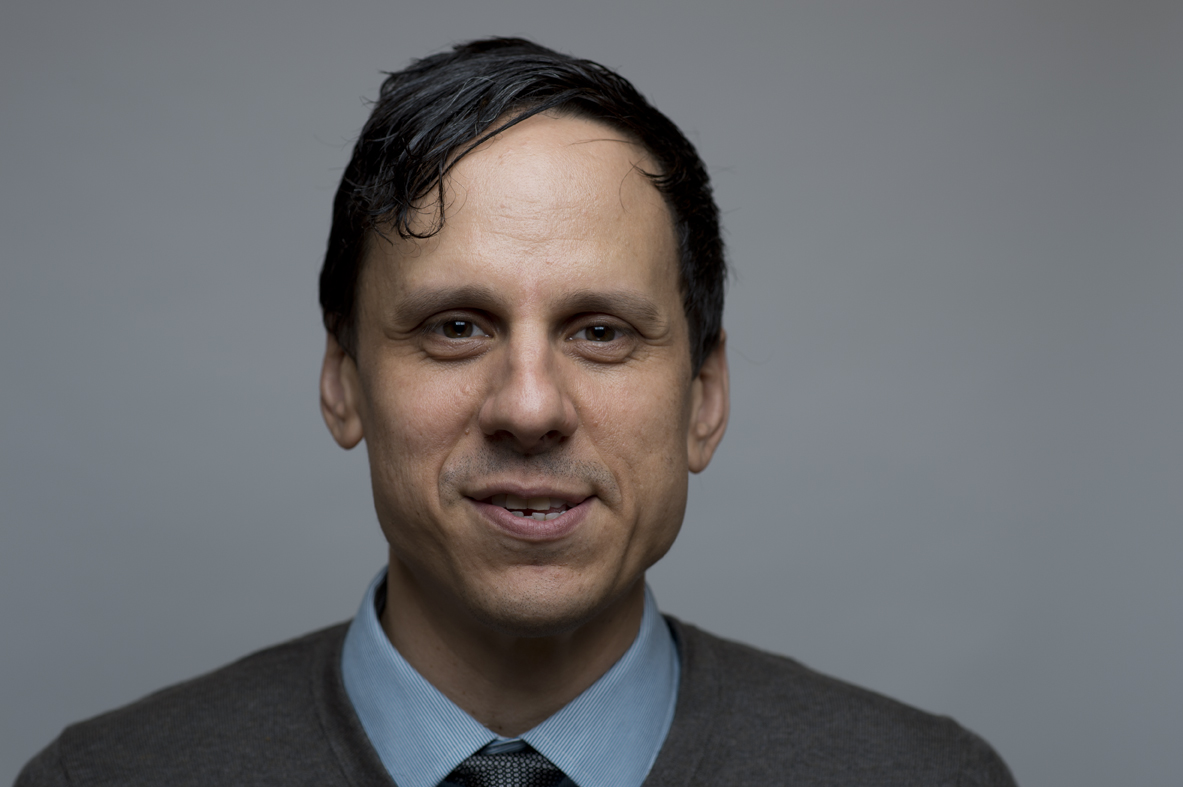 You're lights were operational. The clamshell setup producing beautiful shape, just as you practiced on your spouse, over and over and over again. What the fuck happened?!

I'll tell you WTF happened my friend. You arrived as a technician, not a director.

Players and playettes, I'm dropping these bombs of knowledge on your head not as a cocky tyrant but as an veteran victim.

You're a director people, direct! Your client doesn't have a frigging clue of what to do in front of your spine-chilling studio.

I Introduce To You Jason Rinker L.Ac.

Jason and I first communicated about a month ago. Via email, we discussed his corporate headshot needs and how, as a team, we would make that a reality.

Before the shoot date, I did some homework on Jason. Stalker-ish? Eh, not really. Viewing their past headshots (if any) and researching their websites or blogs will give you a feel for where they have been and where they are headed, photographically. Jeez, sounds like I just smoked an ounce of Ghost Train Haze. I didn't, I promise. Only writing today with a cup of coffee and meditative ambient background music.

First glance of Jason's headshots? Ah, just as expected. Ambient light and big buttery bokeh. Hey, that's fine. In fact, I still shoot this way when the light is awesome. The problem? The director didn't seem like they were giving their best Kubrick impressions.

Jason arrived around 10 a.m. that morning. I already had the Le Creuset boiling water for Jason's tea preference.

Jason and I sat and, well, for a lack of better terminology, shot the shit. We dove deep into conversation and caffeinated beverages. Everything was laid on the table, from the taboo religion and politics to restaurants and family. No rock went unturned.

The vibe was awesome.

After the kettle was dry we headed to the studio to get to work. By way of earlier talk, I already knew that Jason had some experiences in studio environments but was not exactly fond of the idea.

Why? Probably because he had some douche bag photographer that only cared about his ISO and dollar dollar bill and less about the human being that he should have been connecting with, in his most intimate environment, his studio.

Time To Rock And Roll

Jason headed to the bathroom to do some final wardrobe tweaks as did I with the studio.

Arcade Fire and Jack White would be the sounds to ease the intimidating feel of the studio.

Jason entered and before taking a single frame, I explained to him the progressions of such a session, my progressions anyway. I explained that HE WILL SUCK. The reactions to this comment are usually priceless. Think about it. A client comes to your studio and from jump street you tell them that they suck! Look, this is not something I'm telling you to do by any means whatsoever. Having built a strong rapport, a lasting friendship, is I can get away with something so bold. Trust me, if I don't feel a level of comfort as if we've known each other for a decade, I would never say such things.

So, I tell Jason he will suck and then proceed to show him our very first frame . . .

Not uncommon. It's a base on which we will build. From here we must work on some variables that are making this such a horrific photograph. Sorry Jason!

Wardrobe, hair and most of all, posing. I would certainly have my work cut out for me. Reflecting to the past, I wouldn't have had a clue on how to make him look like a rock star. Shit, I would have thought this photo to be a winner. Seriously.

My directorial skills weren't nearly as advanced as they are today. And just as I work to improve my photographic skills, I will continue to work on the directing skills. 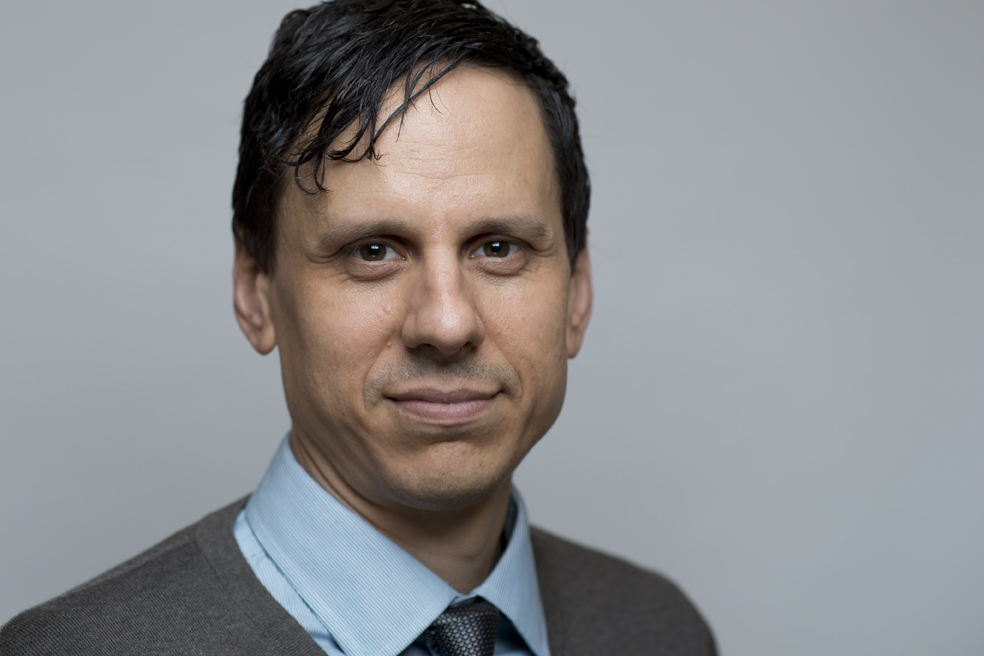 Ah, yes. So, early on the shoot, I'm not giving a ton of direction. I'm just trying to identify the weaknesses as I simultaneously help Jason to relax a bit more, in studio.

Only a few minutes in and Jason has went from horrific to really bad . . . progress!

Hair? No! In person it looks great but on camera? Not a chance in hell. That messy front thing happening had to be pushed back.

Chin/Jaw? See that bunching of skin? In reality Jason is lean and mean but in this shot, I can't even count how many chins he has. Standard pose of the poorly directed. A defense mechanism of sorts, tucking the chin way back in the neck. I'll fix that.

Right/Left? After some shooting we determined that Jason's left side was the better side on camera.

I'd say about 15 minutes in and Jason was grasping my directions very well. Twist your head this way, drop your shoulder that way, push your forehead this way. All of these things feeling very awkward but as I shot tethered, Jason was able to see, live, his progress.

About half way in and he was nailing his poses. Funny, at the beginning of the day I explained he would eventually rock the camera like a supermodel. Cynically, he brushed off this comment. Mid shoot? He confidently hit every direction. The transformation was amazing.

We still needed to work out one significant variable, his comfort level. Most clients get lost in the lens, zoning out, looking lost, like De Niro in Awakenings. Jason was surely in need of an L-Dopa dose.

Once properly dosed, it was easy pickins'.

We were jamming to the new Lazaretto album, talking about Buddah and meditation, music and relationships. We were, at this point, back to the comfort level of our caffeine session.

Patting myself on the back much?! YOU'RE GODDAMN RIGHT I AM!