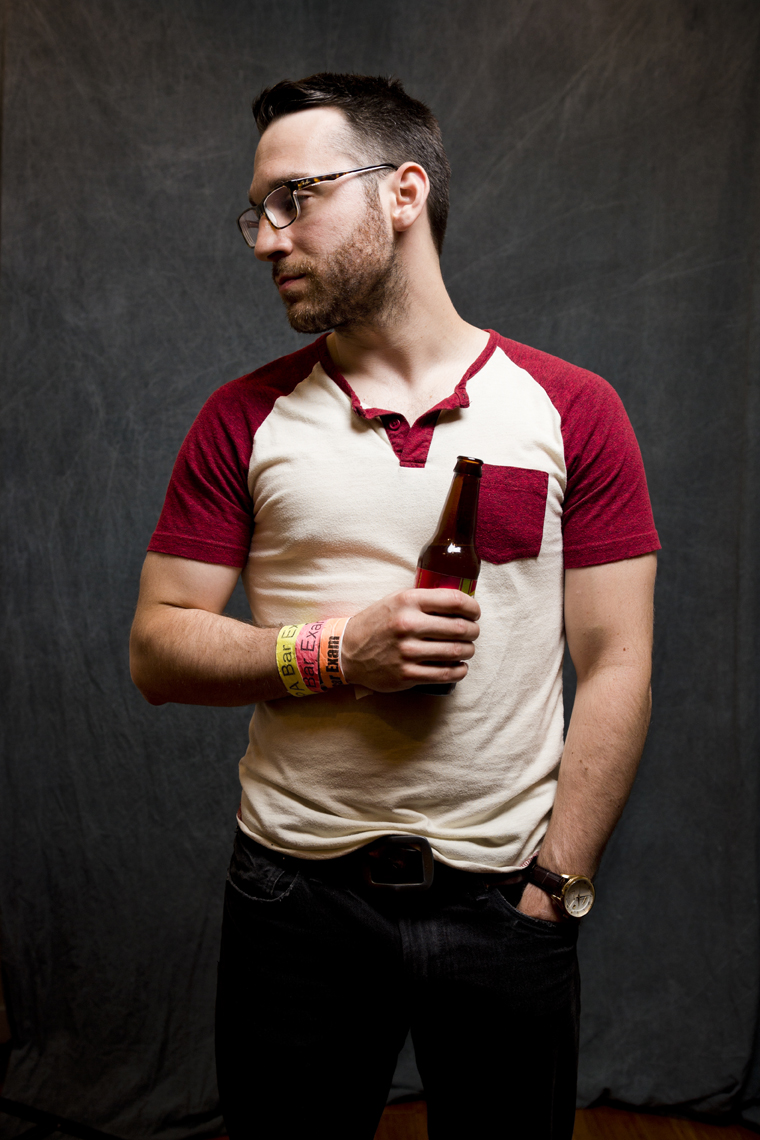 When entered the world of photography, I quickly found photographers I marveled at and still extol such as Avedon, Leibovitz, Seliger, Jarvis and McNally, just to name a few (my list goes on and on).

Having said that, I also espied a myriad of photographs that gave photographers bad names across the globe.

I'm certain you know the photographs I speak of. Imagine: the 70s or 80s when most photographers wore pocket protectors, carried black combs for all the clients to keep, bad lighting, bad posing and worse, those abhorrent backdrops.


I vowed to never ever stoop to such a creative low. . .

The word was also greek to me my friends. Actually the origin according to the Merriam-Webster Dictionary states the origin of muslin is ::

French mousseline, from Italian mussolina, from Arabicmawṣilī of Mosul, from al-Mawṣil Mosul, Iraq
First Known Use: 1609

Further, the dictionary defines muslin as :: a plain-woven sheer to coarse cotton fabric.

It's a textile, a piece of fabric. Pretty simple stuff.

In my opinion, it has just been used the wrong way. For family portraits? I think a bad idea.

For fashion or certain headshots? Yes, but K.I.S.S. (Keep It Simple Stupid)

Obviously muslins with forests or clouds should be doused in gasoline, ignited and then finally pissed on to extinguish the inferno. In fact, don't pee on it. Don't waste your energy on something not worth being saved.

Back then, my negative connotation of muslin backgrounds resulted in blinders being placed around my eyes. I couldn't imagine any real photographer using a muslin so my brain had simply shut off any identification this type of textile in a studio.

And one day, out of nowhere, my blinders were lifted. I couldn't believe my eyes. I saw a photographer online, Drew Gurian, and he was working with, what looked like to me, a heavy piece of canvas. No sissy lightweight muslin. This thing looked legit. At least a hundred pounds.

I had to reach out.

Within a day, Drew wrote back and explained that he was, to my surprise, using muslin. Nothing crazy unique or unattainable.

Since opening my eyes, I started to see muslin used more than I would have ever imagined. W and Vogue just to name a few, where I was seeing fashion work against these cool, SIMPLE, muslins.

My mind was twisted around this awakening.

The Chicken Or The Egg?

So which came first?

Was I simply blinded by the bad family portraits with fashion photographers using muslin all along?

Did muslin crash and burn only to make a bad ass comeback in recent years?

Like the chicken and the egg, I don't have an answer but I do have a personal POV.

These words are going to hurt some of you but the truth usually does, hurt.

Forests, clouds and dreamy wonderlands excluded from this discussion, muslin is not the enemy people! Muslin doesn't suck. You know what sucks? The photographer.

Now I'm probably going to have to look over my shoulder in parking garages for that comment but you know what? I'm owning it! Yes. I said it.

Taking The Muslin To Action With Matthew McColgan

The shoot? Impromptu. Matt had just completed his PA and NJ Bar Exams. He was due for some rest and relaxation. This would not be found at my place.

He and Dana Cohen (his other half) arrived to meet the wife and I for a chill evening. By about 9:00 p.m. we rendezvoused at Casa de Murphy and within minutes were sipping some fine craft beers and small batch bourbon on the rooftop terrace while discussing lots of nothingness. Exactly what we all needed.

After a few drinks we dialed in to Pizza Brain for a few delicious pies. Expensive? Yes, but worth every penny. If you are in or remotely near Philadelphia, Pizza Brain is a must.

The clock rounded midnight before anyone realized it. While Matt was still wearing his Bar Exam bracelets, I decided it would be a good time for a photo shoot. To the studio we went.

This is what separates the men from the boys. Being a total rock star with a muslin, not just a douche with a camera. I say douche as I was going to say dork or nerd or something along those lines but my fiends, as you all know, I pride myself on my nerdiness. Douche seem appropriate. Children, excuse my poor language etiquette.

If I were a douche, I'd first fix Matt's hair with a black disposable comb that I pulled from my lint filled pocket. Then, I'd grab my own comb from a pale yellow button down shirt with eyeglass holder in the top pocket. Ew. Can you remember this guy? You know the one. Throwback to elementary school getting your portrait shot while on the dark auditorium stage.

I still remember the lighting from those days as I rested my arm across a fake piece of wooden fence that complimented the background scene of a log cabin, trees and sunny skies. What a tease. Especially to a kid like myself who grew up on the rough streets of South Philly. A kid who knew the closest he got to this type of scene was when I was home sick, watching reruns of Lassie on Nickelodeon.

Another douche move is with the lighting. I feel a dedicated background light on this type of background is a big no no. Unless it's a solid colored muslin keep that light in your bag.

Without my pointing fingers simply use Google to find "Bad 80s Portraits" and you will quickly get a glimpse of this discussion. 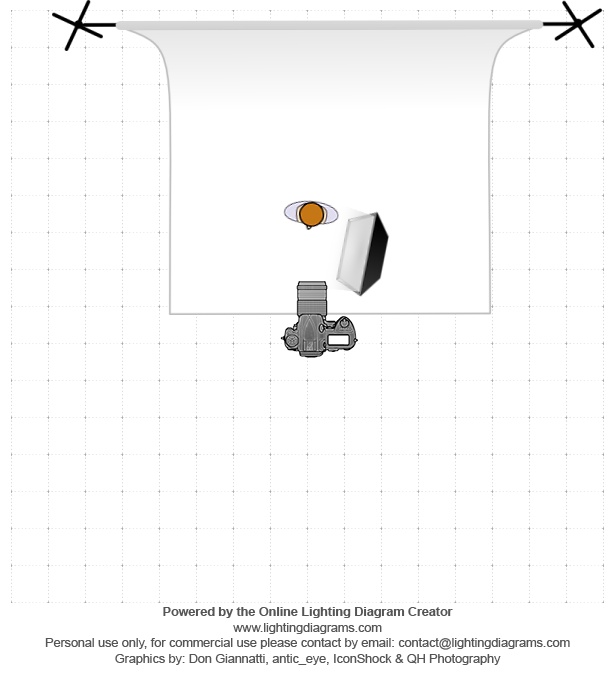 For the pimp daddy route, let's reverse engineer this shot of Matt.

One light. A 430ex ii modified by the Westcott 28 inch Apollo Softbox. Camera right, above and slightly forward of Matt.

Matt was also standing about 5 feet away from the background.

The combination of light position, light to subject distance and subject to background were all variables chosen upon not to over light the muslin.

Besides all the scientific deciding factors?

I'm not getting out the nerd file today. Not needed.

Less is more is the big recipe here. The old K.I.S.S. formula.

Which Muslin To Buy?

This not only holds true for your photograph but for your choice in muslin as well. This particular muslin is from Impact. Its design? Modest. Does Impact carry backgrounds that I just loathe and feel should be used as toilet paper? YES! Select carefully.

Savage makes some pretty pimp backgrounds too. Especially the washed and hand painted lineup (light in moderation or I'll slap you). Savage also has those 80s relics. Be careful.

Number one? Mack Daddy of the millennium Muslim? Oliphant. In my opinion, Oliphant is king of the hill. Or maybe you already realized how I felt. They even take it a step further by not only making insanely awesome backgrounds but they don't list their prices. Ballers for sure!

Number two? The DIY route. Can't afford an Oliphant? Make one damn close my friends! It's actually what I'm in the process of doing now. I have a 10' x 12' plain white muslin that is ready for coloring. Big enough for a first run.

For about 100 bucks you can get a 108" x 15 yards of plain unbleached muslin. Do the math. You can make two large backdrops with that square footage. Check out Joann Fabric and Craft Stores where you can order a bolt online. Prices are right on too.

To color your DIY background you'll need to buy some Rit fabric dye. Under 10 bucks a bottle people!

Plenty of how to online tutorials. Google it.

Congrats to Matthew McColgan. Nobody ever says the Bar Exams are easy.

Has the muslin been reborn or was it always there? Doesn't matter. They can be super cool if you just learn to work them properly.