photographic success :: a study of fear 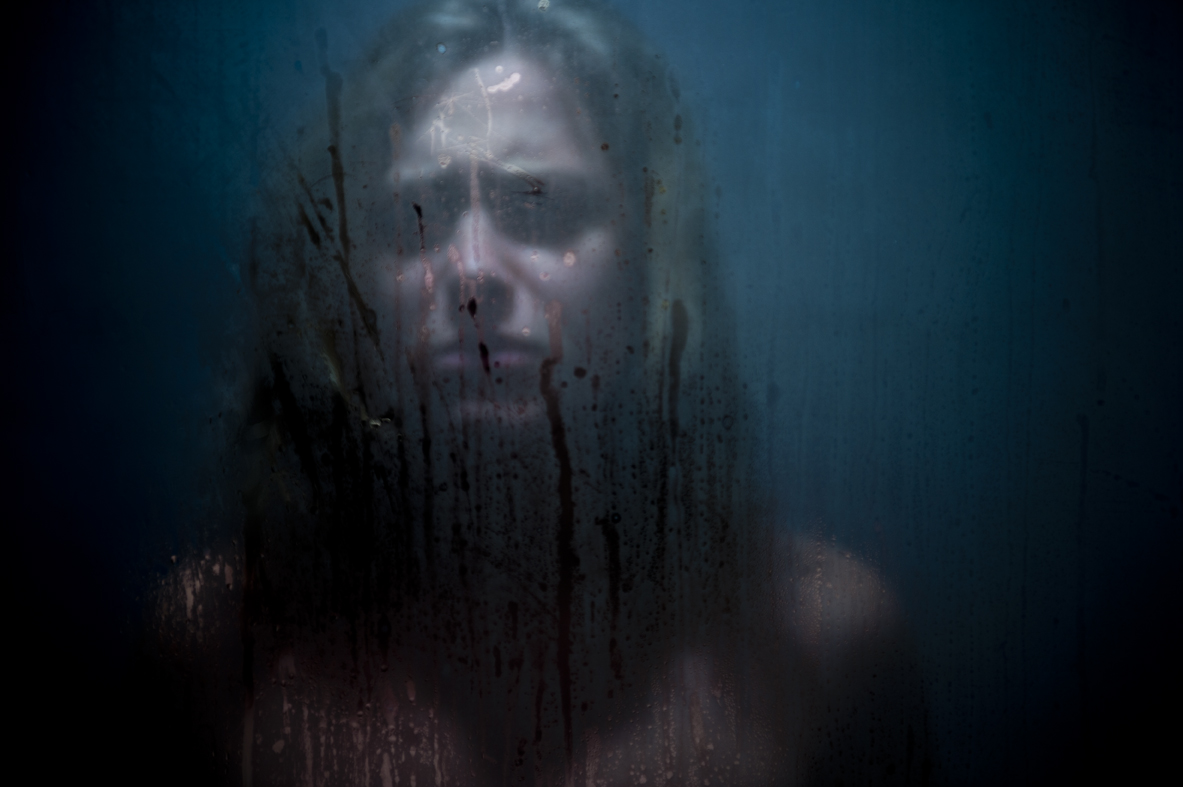 Throughout my life, I've always been an active person. Since elementary school and through high school and college, I was involved in sports. Everything from little league baseball to bodybuilding, I had a taste. . .

The year was 1989. It was spring. I was in seventh grade. During that year I had joined the track and field team. For a big dude like myself, it wasn't an obvious decision. In actuality, I excelled at the power disciplines; 100, 4x100, long jump and shot put.

Meets were on weekends. On that particular day, after our parents dropped us off at the school grounds, we were shipped on the big yellow beast to 10th and Bigler, South Philadelphia High's sports complex. If you've ever driven on i76, entering Philadelphia from the Walt Whitman Bridge, out of New Jersey, headed westbound, you would have noticed the complex to your right, only a mile or so past the span.

Strangely enough, we didn't learn about our day's activities until the morning of the meet. I expected my normal assignments; events of short power bursts such as a couple sprints and maybe a shot put round. To my dismay, I discovered the coach had given me The 800. If you aren't savvy in track and field lingo, The 800 is an 800 meter run, two laps around an official track, a half of mile.

In fact, I was quite horrible at any distance running that went beyond 200 meters.

Seemed the coach was mixing things up a bit, keeping us on our toes, meanwhile, throwing my ass to the wolves.

Tying up my track shoes, I was almost in tears, trying to figure a way out of this soon-to-be public execution. A hanging. Any pride I had built up over my 12 years would be destroyed, literally seconds following the firing of a blank starter pistol.

My life was flashing before my eyes.

Too tough to pull off.

Fuck it. Time to man up and face the music.

After stretching the calves and hammies, I nauseously sauntered towards the starting line.

In a matter of seconds the bright blue skies filled with clouds that were as black as ink. Claps of thunder echoed across the grounds as blinding bolts of lightning struck the horizon. The meet was called off in an instant.

As we loaded back onto the bus the skies released their fury with a torrential down pouring of precipitation. It was glorious.

I don't think I'd ever experienced a miracle until that strange spring morning.

Was the meet rescheduled? No. It was the last race of the day and the last regular season meet of the season.

After winning two silver medals in the city finals, one in the 4x100 and the other in shot put, I hung up those track shoes forever.

There's Got To Be A Moral To That Story. Right Michael?!

Of course there is my friends.

That scared little boy. . . not the kind of story you hear from me these days is it? Hell no!

My mantra these days is to Fuck Fear. Let me elaborate.

As a creative, if you have crossed over into the world of begin an artist not only for the sake of passion but for the need of a paying client, you've probably felt what I did 20 some years ago. Trust me, I know you do because I still feel it from time to time.

I get the call; a job bigger than ever. Holy shit. That's right people, you better recognize the skills. Yup, the ego flying higher than smack junkie who has just hit the lottery.

I sit back and think of the first day I picked up a DSLR. Man, I sure did suck. It's been a long road for sure. Many successes but more failures.

Thinking of the first photos I shot with my first EF 50 1.4. I remember like yesterday, it was a friggin' glass decorative bowl. I was amazed at this photograph. The lure of the bokeh was undeniable.

Contemplating this I start to question my abilities. Shit man, am I really good enough to shoot this big shoot? Am I a goddamn fraud? Why the hell did they call me? Who the hell am I? Should I have saved face and turned it down?

My fellow artists, yes, you see, I get that shit ass feeling as well. We all think we aren't good enough and you know what? I think that is the key ingredient to drive our creative drive. Without that fear, that doubt, without the fact that we are our own worst critics, we would stagnate. Like a shark, if we don't continue forward we would die.

If you think about the young version of me on that field, although I tell the story in a way that renders me a coward, in fact the opposite is true. Yes I was scared shitless but guess what, I kicked fear to the curb and made my way to the starting line, regardless of the fact that I knew the outcome could have been an utter disaster.

After the doubts have lingered in the brain for some days or even weeks, the shoot day quickly arrives. No turning back now. The work was sought out, I was sought out, now it's time to bring it to the next level. Time to bring those skills to the table. Time to leave fear in the back seat and time to show these people just how awesomely these new creations are going to rock out.

It's been a long road since photographing that striped oblong glass decorative bowl.

No worries, I wouldn't leave you guys without a run down of the day's photograph. Ok, I lied. Yes I would. I totally would leave you hanging. Nothing personal. I swear. 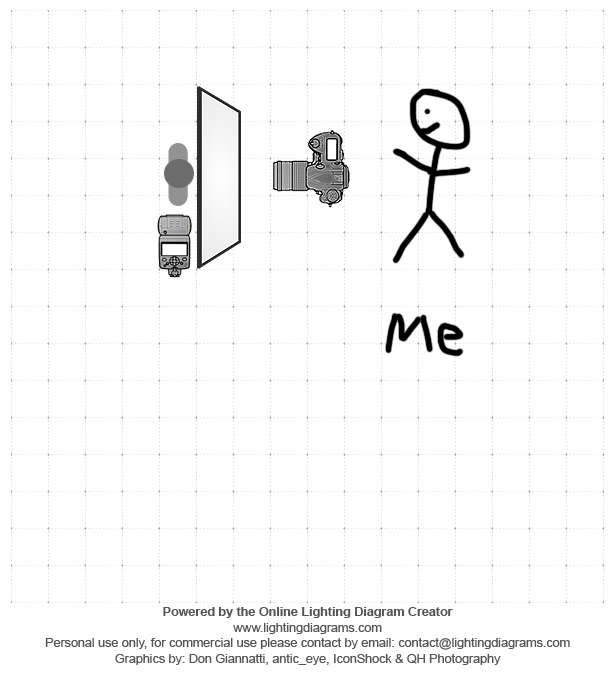 The photograph of Stefanie which I call Fear was pretty easy to pull off. I've been toying around with the idea for a while now.

It's been six months since moving to Fishtown and I still find new and awesome places to shoot on a daily basis, both indoors and out.

The master's en suite has been calling me. The awesome glass encased shower is magnificent. Each shower has brought me to want a proper shoot through the steamed up glass.

First, I worked the ambient. Got out the Feisol for support so that I could lock in a manual focal distance - on the glass. Once locked focus I got a nice underexposed exposure, a black canvas, where I could then add and manipulate light.

Next, I started to run the hot water, getting the entire room nice and steamy. Time would be of the essence as Stefanie didn't want to get in with the shower running. Hey, totally understandable, it was damn near midnight. Hey, I get urges to shoot and random times.

Without the water running the steam would want to quickly dissipate. I had to work fast.

Once the room was prepped, I brought in my awesome model.

I didn't have any lightstands as I wanted to keep the run and gun shoot simplified. With that begin said, I became my own VAL (voice activated lightstand).

I threw Betsy into a timer mode, counting down 20 seconds and then automatically firing off a predetermined number of frames. I think I had set to five.

While Betsy (Nikon D4) and Stefanie (don't get confused with all the lady talk) were on their marks, it was time for yours truly. to work the strobe.

I had a 430EX ii modified by a Sto-Fen Omni-Bounce. To trigger the strobe, Betsy and the speedlight were outfitted with a couple of Plus ii Wizards. Wizards? Yeah, speaking my photographer friend Dom Episcopo, I heard him drop the word. Simply. . .  Wizard rather than Pocketwizard. Yeah, I know, super cool, right? I owe him the credit for usage. Not sure if he coined it but until I hear otherwise he will be the pioneer of the lingo.

Tripping the shutter, I then had about 20 seconds to get into position. I stood camera left and held the strobe directly over Stefanie's head INSIDE the shower. To clarify, the flash was positioned on her side of the glass, not the camera side.

The technicals are as follows ::