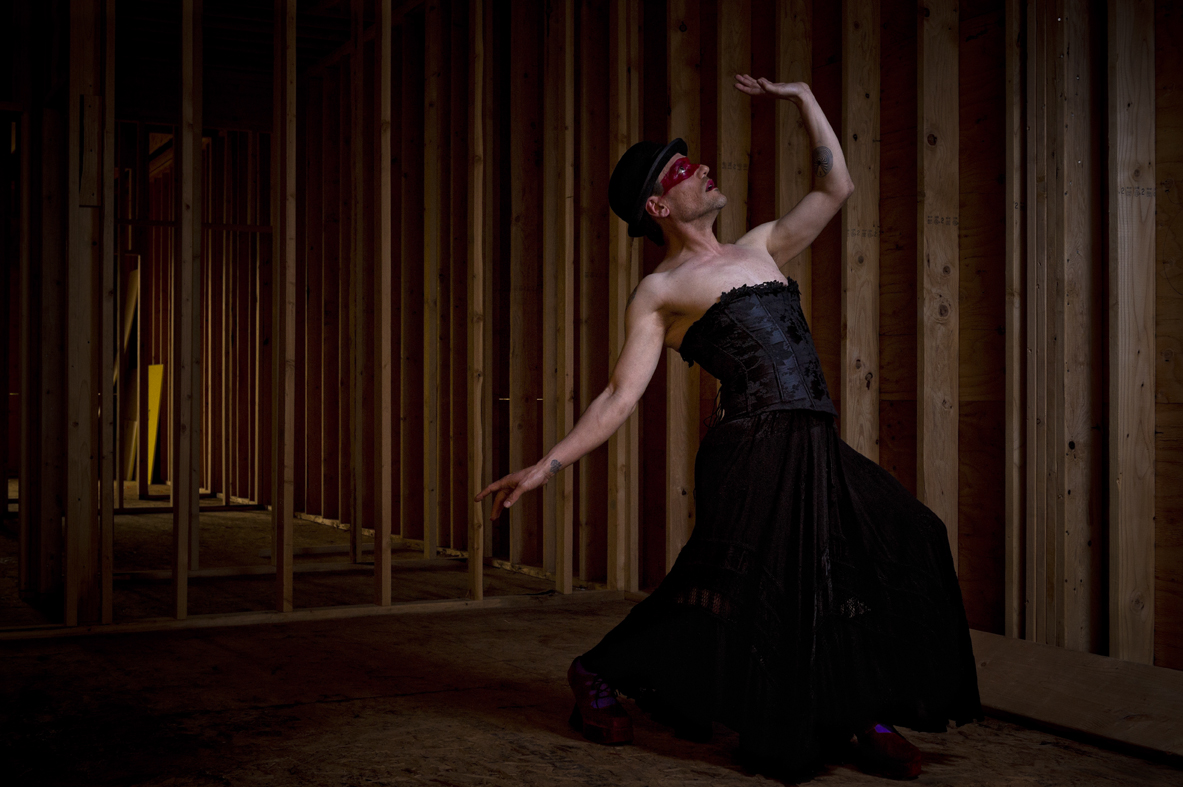 As a photographer, some photo shoots are your bread and butter, to put food on the table, nothing to shake a stick at but at times, rare times, you work side by side with a subject that leaves an indelible mark in your life.

Today I will discuss one of those rare occurrences that had recently happened to me.

I introduce to you, one effing amazing actor and all around awesome artist, Peter Patrikios.

It was back in September of last year when I cozied up on the couch one Sunday night to watch the season premier of one of my favorite programs, Boardwalk Empire. It was the most recent season, season four if I'm not mistaken.

Sunday Gravy is a must on the season opener of Boardwalk as it was with The Sopranos. Twirling the fresh Talluto's pasta around my fork I engaged my brain for yet another awesome season of bootleggers and speakeasies; The prohibition.

I had to be well into my first meatball when the opening scene had me less enthralled than I was bewildered. Jeez, this freaking gangster in the Columbus bar was pecking at my brain. Where did I know this dude from, what other shows or movies had I seen him in. It was driving me crazy as I dipped a seeded Italian loaf into the bottom of my bowl, sucking up every ounce of leftover gravy.

Later, a fellow creative and homeboy, actor Ellis Walding, called and asked if I saw Peter's performance in the season opener.

Holy shit! It was Peter Patrikios.

I've known Peter for many years although we had lost touch over the last few. I decided to reach out and congratulate him for his performance on Boardwalk. How else do we do this but by way of social networks, right? I threw him a friend request on the old Facebook and soon thereafter . . . well. . .

A Photo Shoot Was Born 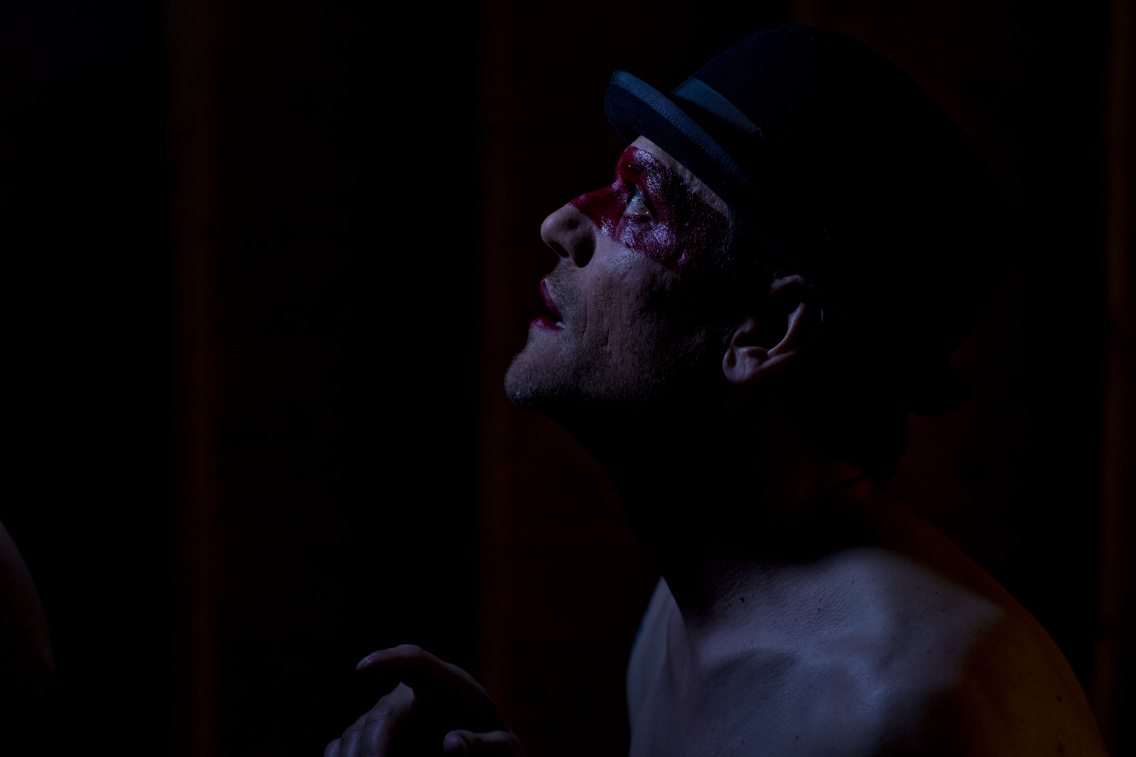 Peter and I discussed the possibility of working together and by the new year we were full steam ahead for a locked down shooting date. Yes, sometimes it takes that long for a shoot to reach its critical mass of maturation.

As the day approached, Peter and I began to brainstorm and collaborate to prepare for the photo shoot. This is something I really enjoy doing with the models. Too many photographers shut down a client's recommendation. Why? I don't get it.

We discussed wardrobe, posing and props. Nothing was left undone.

Before I knew it, the week had arrived. The pressure was on.

The shoot would begin in the studio, banging out some bangin' headshots. From there, we would move to, at the time, a location for some environmental portraiture.

But how to find a location? Well, this is where things get tricky. Look, I'm no stranger to being a target for local law enforcement. I'm well aware of my rights as a photographer (as you should be too) but that doesn't mean that the officers are up to snuff with the cans and can nots of the image making industry.

Between this knowledge or lack thereof and a slight bending of the law, I can usually find some pretty awesome, potential shooting locations.

No Risk No Reward

On the eve of the shoot, I was driving from the Greensgrow Nursery (needed a bag of soil), in Kensington, towards my studio digs in Fishtown. Like Louisville Slugger to my face, I notice the most gorgeous of abandoned warehouses. It was magnificent and completely abandoned. Noticing entry may be difficult I walked the perimeter of the structure. Sighing in relief, I notice a broken garage door that we may be able to squeeze into. It would be perfect, less it would be infested with crackheads and killers.

Less than 24 hours had passed and Peter had arrived, with a whole lotta stuff. Man, was I happy to see that he came over prepared. Listen creative people, sometimes more is better. More frames, more footage, more footwear, whatever the case may be, better to be over prepared than under prepared.

Peter and I unloaded his SUV and into my spot. Soon thereafter, we sat and spent some time catching up. To summarize that part of our lives, sorry, that gossip stays locked deep in the vault.

Time To Rock And Roll 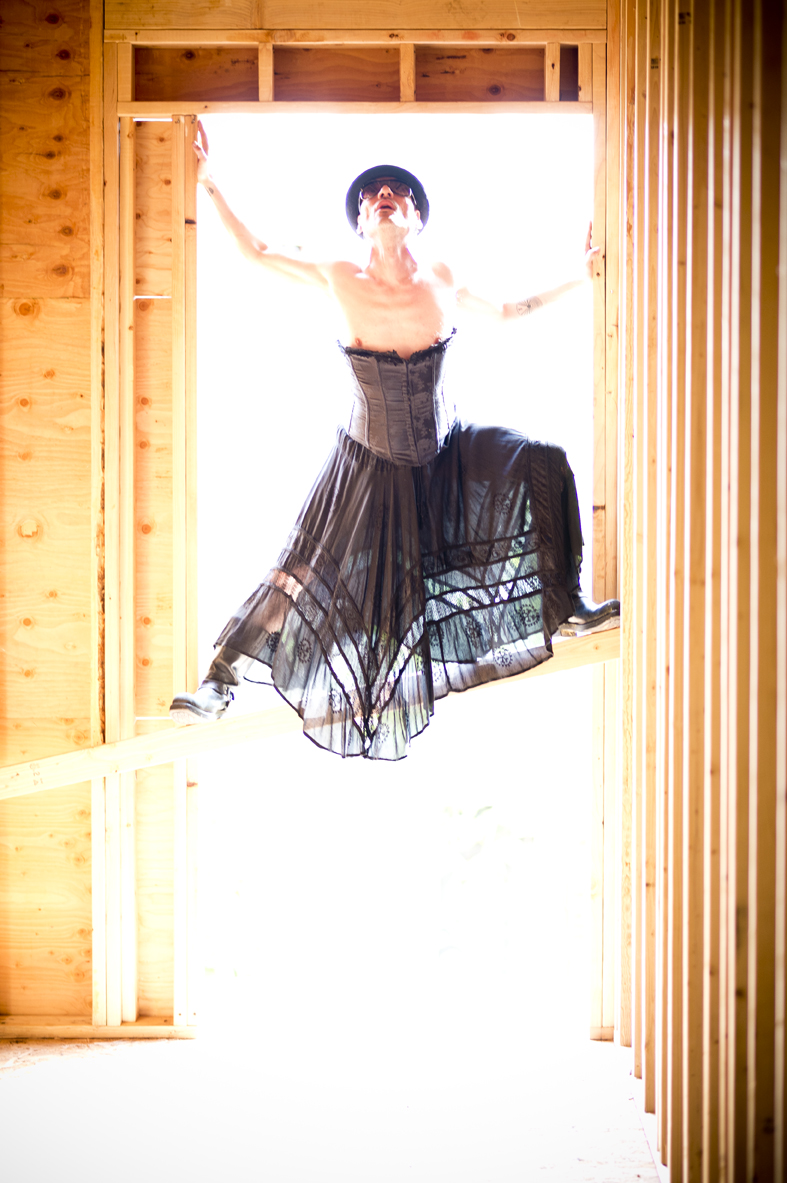 I headed up to the studio to make some last minute preparations as Peter went to get into his first wardrobe change.

We first rocked out a bangin' headshot session. We jammed to a variety of music, everything from Arcade Fire to The Chainsmokers as I worked my craft and Peter his poses. After three or four wardrobe changes and combinations, we nailed it.

Now it was time for the environmental work. Yeah man. The good stuff. You know, the stuff that gets that adrenaline blasting through your veins and cranking your heart rate into the danger zone. The stuff that separates the men from the boys.

Variables upon variables make or break you. sunlight, mud, rain, wind, rats, thieves, police, image the problems and they can arise, like obstacles on a racetrack as you maneuver to the finish line. Time to overcome adversity.

As Peter and I arrived at the Kensington warehouse, we carefully took a visual inventory of our surroundings. Adjacent to the building lied a locals bar. It wasn't long before we crept around that the thugs from this watering hole, likely fueled by cocaine and cans of Keystone Light, slowly began to take position around as if they were vultures and us a couple of field mice.

Getting locked up for trespassing would be much easier than dealing with these dudes. We decided to hit the alternative location.

You know what Fishtown has more than anything? New construction. I mean it's a friggin' boom town. The rate at which they are building new homes is frightening, in a good way of course.

I knew of a framed out house nearby that hadn't seen too much attention in the last weeks. I figured we'd be safe in there. Again, as long as it is not attracting crackheads and killers.

The coast was clear and we unloaded. As I loaded camera equipment and lighting gear into the building, Peter got into wardrobe and makeup with the help of my awesome wife Stefanie.

While they tweaked the costume, I inspected the building, first for safety and next for light readings.

I wasn't packing heavy on this project as I knew we may have to make a run for it if any squatters or squad cars found their way onto our location.

I observed windows that could work as fills, kickers or even key lights. In my satchel was Betsy (Nikon D4) of course, a couple of Pocketwizard transceivers, one speedlight, a lightstand and a 45 inch Calumet convertible umbrella.

For light mods, I typically prefer the Westcott Apollo for location shooting as the control of spill is uncanny. But on this day, I was in the need for speed. Sure the Apollo is to open but a standard brolly? Cake! Shit, worse case scenario, if we had to make a run for it, I'd leave the brolly behind as due to its economic efficiency, wouldn't be a horrible loss.

Working With A True Professional

Peter's energy was insanely awesome. I frantically threw up my set to keep pace with his demeanor. In minutes I had my base exposures and was ready to fire.

Like machines, we moved from room to room, alternating strobe and ambient light, verticals, horizontals, negative space, silhouettes and more.

After each 100 frames or so, we took a chill to review where we were at and where we were going, in terms of nailing this part of the day. Funny thing, as I really needed one winner, we were killing it, every room, every look, every style. It was effing ridiculous. The artistic synergy was second to none.

The three of us, Peter, Stefanie and myself basically collapsed on our couch, each of us with a cold beer in hand.

Holy shit. After 7 hours of hard work, we did it.

Let me outro with some more on Peter but before I do, let me say here and now, we are excited to work together again. Not only will there be an upcoming shoot(s), I may even be posting some follow ups regarding lighting and technique associated with these and other photos from the shoot. Key words? I may.

Want to see more of Peter Patrikios? First of all you can check out his IMDB page [here]. Be on the lookout for Peter's latest role as Peter in the soon to be released feature film, Time. If I'm not mistaken, it should be released over this summer.

Let me exit by saying what an honor it was to work with such a talented individual. Throughout the text I mention words like creative and artist. I think this artist is the pure exemplification of what those words mean and how, through is performing in front of my camera, has truly inspired me.

Our fires need some fueling from time to time. This shoot, well, got my fire burning like that of what an A-bomb would yield.

If I didn't already, thanks to Peter and also my awesome wife, Stefanie, for helping us pull of a shoot of a lifetime.