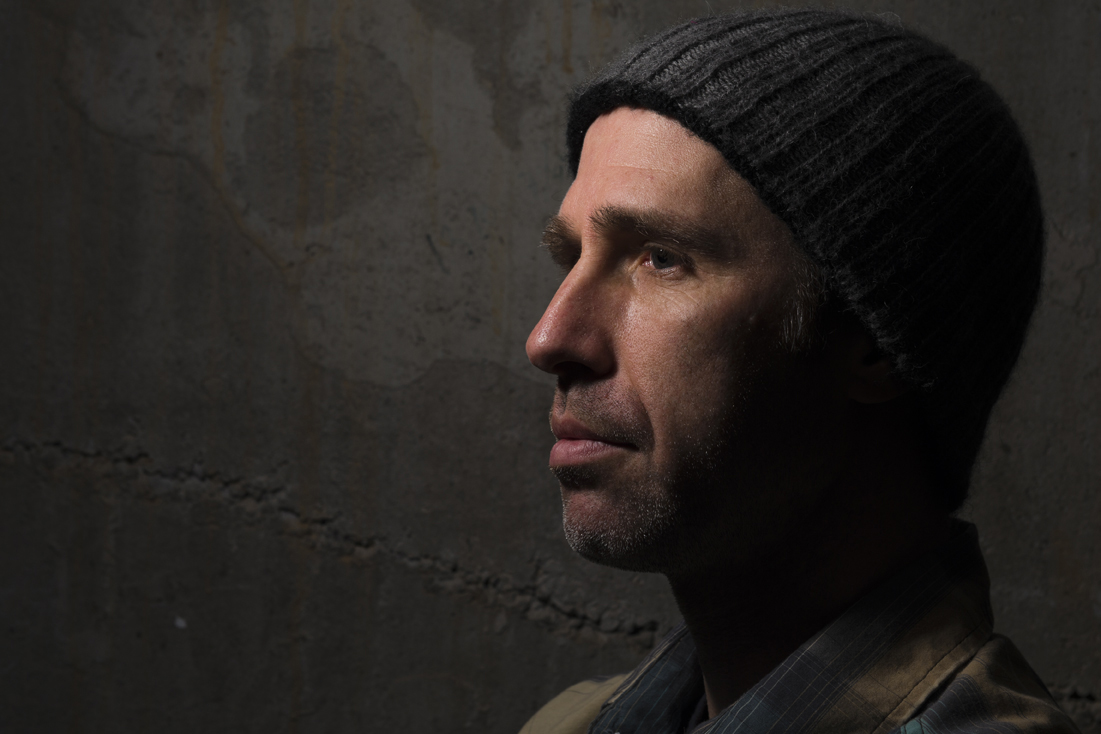 There's a strange energy that accumulates at an exponential rate when creatives converge in a room. Magical really.

That's what happened at my most recent shoot with brilliant minded actor and filmmaker, Brian Gallagher. A magic that had my heart pumping at an alarming rate. Or, I just drank too much coffee.

Brian Gallagher, is, what Philadelphians like to call, a Delco dude. There's a strong brotherhood of those raised in the land of Delco, which is formerly called Delaware County, a suburb of The City of Brotherly Love.

Brian, hailing from the beautiful Delco town of Ardmore, did eight years ago what many, in similar shoes, simply don't have the balls to do. . . QUIT.

Not the stuff your mommy or second grade teacher Ms. Miller taught you by a long shot. But guess what? Times have changed my friends, drastically. Your dreams ARE achievable but only if you have the balls to overcome that nagging thing that sits prominently in your amygdala (a section of your brain), FEAR.

Brian did just that, he kicked fear's ass and took no prisoners. Around 2006, Gallagher quit a stable yet unfulfilling job. Deep in his heart was his love and passion for acting and filmmaking. Courageously, he made that leap, the one that so many crave yet are too afraid to make.

Since then Brian has been making waves in the world of motion pictures: 18 major independent film roles, 3 television series roles and dozens of commercial and voice over spots. And as if that resume isn't enough to impress, Gallagher has also produced several films, including recently completed Zombie Killers starring Billy Zane and Mischa Barton.

Currently, and if this doesn't light a fire under your under motivated ass, I don't know what will, Brian just finished filming Ardmore Junction. And? What's so motivating about that?

HE EFFING CO-WROTE, DIRECTED AND STARRED IN THE FILM!

I'm sorry Brian, but do you need a wheelbarrow to help carry those balls? Jeez. Now is that total pimp or what?

Ardmore Junction was filmed entirely in his hometown(s) of Ardmore and Havertown. The film is a lighthearted dramedy about chance meetings and changed lives. Via Kickstarter, Brian and his producers are raising the funds needed to move into the full post production phase to finish the film.

For those interested in becoming a part of Ardmore Junction [HERE] is the Kickstarter link.

Going forward, you will soon be able to catch Brian in the pilot of Shonda Rhimes' newest project, How to Get Away With Murder.

And so Brian is sitting in my kitchen, sipping water from a mason's jar while I'm spinning my wheels, trying to come up with a way to create a photo that will uphold a man of his creative brilliance.

My friends, your iPhone and a snazzy Grunge filter on your Instagram app need not apply. Leave your smartphones in your pockets kiddies because this is where the big boys play.

Shooting began in my new home studio/office. Our initial goal was to bang out a cool film industry headshot. No sweat. I hit the clamshell lighting and white seamless background. Simple, clean, classy and timeless.

Before, during and after the first strobe was popped, I couldn't help but try and visualize where and how I could shoot Brian for an environmental, editorial styled portrait. I really wanted to explore the ins and outs of the surroundings of the new Fishtown digs.

It hit me like a ton of bricks (or concrete).

I explained to Brian how I wanted to photograph him; in a poorly lit, unfinished, cold, moist, concrete walled cellar. He totally understood my vision and we prepared to head downstairs.

Already mentioned was the poorly lit basement. This would not be a concern as the light would be strobe a la carte. The ambient environment would not play a role in the creation of this photograph.

The goal here was to create an epic photograph of the filmmaker. Where many would turn to a plethora of Profoto heads and uber expensive Bron Para reflectors, I opted for less is more.

Upon arrival, my mouth was drooling over the texture of the cement walls surrounding us.

No doubt, this would be perfect for the way I wanted to portray Brian.

We immediately got to work, beginning with some basic, close up, eyes front, vertically oriented portraits. I wasn't feeling it. And then I asked him to give me a profile.

In under five minutes, well, let's just say we were money baby, money.

How was it done? My friends, don't underestimate the power of one light. You just have to understand the physics of light and if you have a grasp on these physics, how light will cooperate with you. As the great Joe "Numnuts" McNally says, light is predictable. Seems like a foolish statement but believe you me; once you work with light enough, you will begin to understand, embrace and master light's predictability.

The light? A single Canon 430ex ii Speedlite. That baby has been in my bag for damn near five years and has been a goto light source ever since.

I wanted to add some color, some warmth to the image so I gaffed a 1/4 CTO to the flash head.

The mod? Those who know my history of using big mods will likely be thrown for a loop discovering that I decided to use only a Sto-Fen Omni Bounce flash diffuser. This would, from a small light source, throw off a bit of bare bulb type of lighting. Imagine :: a single light bulb, hanging from a cord, from a basement ceiling. How would that light a subject? This was the creative motivation to use the Sto-Fen.

As for placement of the strobe, I had a VAL holding the strobe and attached Pocketwizard Plus ii transceiver, high and hard camera left. Remember, it's not only important as to what you DO light but equally as important as to what you DON'T light. Had the strobe been in a Rembrandt or other standard position, IMHO, drama would have been lost. Now, I did play a dual role with that flash, mod and its positioning. Notice the wonderful texture of the concrete wall. The light just rakes across it's cracks and crevices. . .  just gorgeous.

Aperture :: f/11.0. Damn, a Sto-Fen and wide DOF?! Have I lost my mind?! No, again, with the small aperture (smaller aperture  = bigger f number) I was able to keep focus throughout the image, allowing me to make that wall's texture pop very nicely.

ISO :: 100 for a nice clean file and while working with the other exposure choices, this would surely get a nice black canvas on which to build light.

It's on shoots like this one why you don't see a whole lotta' family portraits in my portfolio. I dig on getting kooky with my photography. Why? Simple. Normal Sucks!

Hey, don't get me wrong, I will surely shoot your happy family but it may be a bit like me, askew. Now, if you want a Kmart family portrait then . . . . THEN GO TO Kmart!!!

Seriously though, Working with Brian Gallagher was a total pleasure. It's awesome when one artist understands the creative need of another. As already mentioned. . . Magic. Yep, the caffeine had worn off by this point. Definitely magic.

Again, if you are interested in becoming a part of Ardmore Junction by becoming an investor, please go to the Kickstarter page by clicking [HERE].

And finally, if you are in need of environmental portraiture that is NOT of Kmart quality, you can email me at michael@michaelanthonymurphy.com