off camera lighting experiment :: sans pocketwizard [or any other triggers] 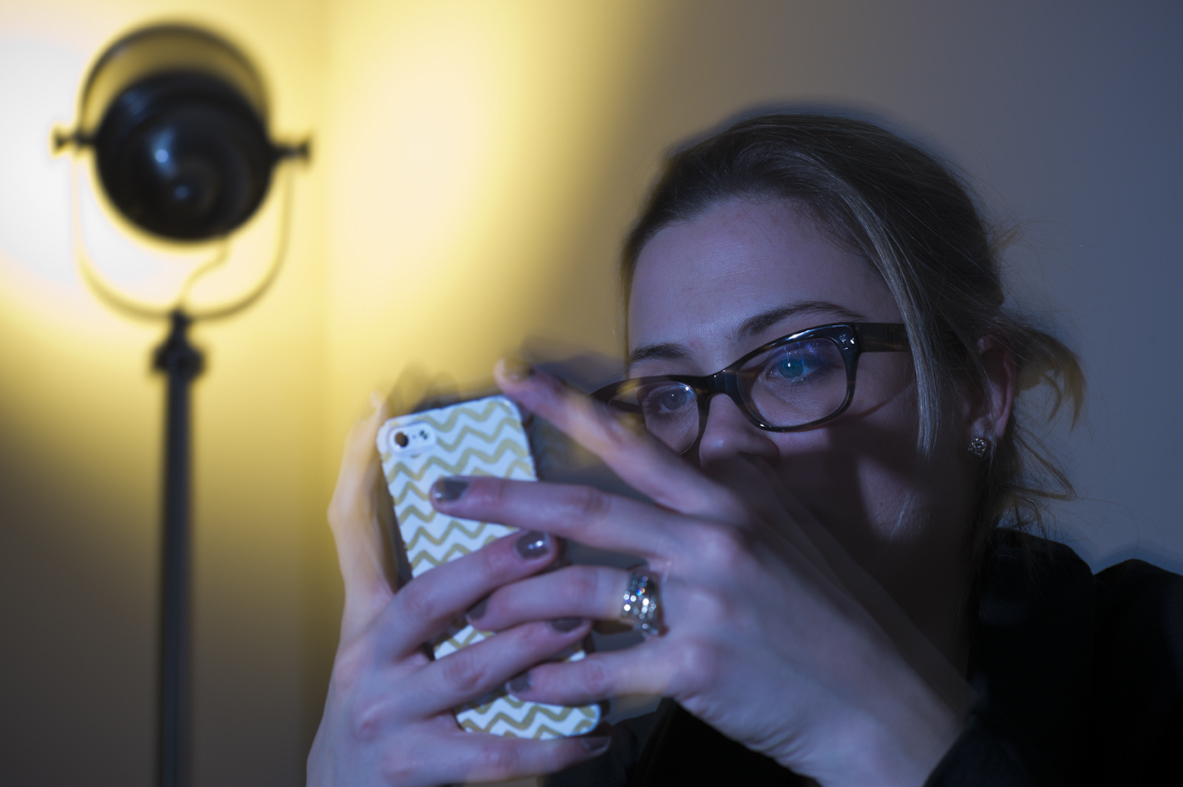 If you plan on becoming a photographer, be it film or stills, you will need to embrace one of your newest and best friends, FAILURE.

Introducing you to your new bud will be your other chum, EXPERIMENTATION.

From afar, you guys look like a pretty screwed up, therapy needing posse.

Today, I will take you down the road that the three of us recently wandered.

Twas The Eve Before

After a long day and interesting day of a business lunch meeting, awesome coffee, a delicious bagel and a strange barber shop experience (nothing explicit but only to be shared offline), I was fatigued, both in mind and body. It was time to head to my sanctuary that is home.

Following a steamy showering, I primped myself with the coziest of pajamas. I headed down the staircase and headed for the scullery to prepare myself a hearty supper.

On the sofa I lied while enjoying a few fine Belgian ales when I heard a rap on the door. I couldn't imagine who it would be at this late hour. I cautiously unlocked the door and as I slowly opened, my startled eyes were thrilled to discover it was my two wonderful companions, EXPERIMENTAION and FAILURE.

Still in awe, I asked the purpose of their visit. The explained that it was time to arise and take a stroll and visit old man Creativity and his sister Inspiration. I excitedly obliged to their request. I grabbed Betsy (my Nikon D4) and ran for the road.

In a matter of minutes, we were all together and ready to work; each of us having our own duties. As we discussed the plan of attack we heard a rustling nearby. In the shadows, there he was, our enemy, our angst, FEAR.

We ran for our lives, only the ground had become mud like; barely able to propel each heavy, tired leg. My friends had disappeared and I was alone on this road that had seemingly stretched itself an extra mile or so. My fortress of solitude had become unattainable. FEAR was on my tail. My heart pumped and I began to scream, only no sounds came from my mouth. I turned to punch FEAR in his face but my strength had exited my body. Each swing becoming slower than the one before. About to be taken by this rogue assassin...

So a little nightmare had inspired me to get up and grab my camera. Why not? Anytime is a good time for an experiment.

Betsy and a Vivitar 285HV were lying on the kitchen counter. Upstairs were the Pocketwizards. I thought to myself, "I'm going to work some strobe without a trigger, true O.G., as manual as one could possibly get." Ok, maybe those weren't my exact words but you catch my drift, right?

I decided that with my right hand, I'd hold and shoot the camera. With my left hand I would hold and manually trigger the flash. Woah! What?! That's ludicrous you say?  Absolutely. But I had to give it a try and would make it work somehow.

From the starting line the problem would be that it is almost impossible to fire the flash in perfect synchronization with the shutter. Ah, true but how about if that shutter is slowed down, a lot?

Besides these obvious obstacles, there is one more I know is on the tips of all of your tongues, CAMERA SHAKE! Why on earth wouldn't I use a tripod? Creative License my friends, Creative License. I was confident that the strobe would freeze motion enough that the photograph wouldn't be a mushy, muddy mess, able to identify significant elements (i.e. Stefanie's face) , but with enough hand shakiness to allow for some interesting effect.

Or, on the other hand, the entire experiment could have been a total shit show. Overcome fear, experiment often and embrace failure, rinse and repeat.

After a few attempts at manually firing the monstrosity of a speedlite, the Vivitar 285HV, a full two second exposure became much faster than had anticipated. Imagine :: steadying Betsy, a giant in her own right, aiming the 285HV and finding that magical little button on the bottom. I'm speaking of the little red manual trigger, awkwardly positioned at the foot of the big brick of a strobe. Oh, I almost forgot!!! This was one rare time that I actually put the Nikon D4 camera strap around my neck, aiding in two more points of stabilization, rather than the single point, being my right hand. More points equal more stabilization. I'm not going to get into the physics, you'll just have to trust me.

After getting the hang of the timing; tripping shutter and firing the strobe, harmoniously and being only moderately satisfied with the results, I decided to take it a step further. . . MANUAL MULTIPLE EXPOSURE.

If you are a mid to pro Nikon camera shooter, you will find there is a multiple exposure setting built in and only a few clicks away in the camera menu. Canon shooters, I'm not sure if they make this feature as of yet. I could be wrong but when I was shooting Canon, this was not an option. Regardless, I didn't opt to use this feature. Actually, unless I was working the Pocketwizards, I think the effect was probably easier to pull off going balls out manual.

In the end? I was comfortably popping two flashes per exposure.

My subject, my wife, business manager and VAL, Stefanie, held rather still during the down and dirty shoot, as she was either emailing, social networking or learning about wall twerking. I couldn't be sure but in any case she was enthralled by whatever was going on in the iPhone world and this aided in her statuesque behavior. SCORE!!!

Reverse engineering this photograph we obviously see more than one light source. Working from the discussion first, the subject was double tapped by the Vivitar 285HV, at either a power setting of 1/16 or 1/8, I totally forget. I should probably right these things down.

Next, is the ambient, that is standing out like a pink elephant in the room, the super awesome PHOTOGRAPHER'S TRIPOD FLOOR LAMP, From one of my favorite stores, Pottery Barn. The bulb in that beauty is a simple tungsten. Remember, it's a decorative lamp, not an actual photographic tool, although, I correct myself, any light is a photographic tool. Think about it. Anyhow, the super cool, pimp light is throwing lots of its signature color that I cooled a bit working the White Balance. The final working Kelvin temperature was 3300 degrees, giving the lamp its color and Stefanie's face, her super cool tones.

In post production, I even pumped the Vibrance so the tones would call attention to themselves. From jump street, I knew the final product would have a slight abstract feel. With that begin said, I think that balancing the tungsten environment would have been a tad bit mundane.

This shit is straight out of camera people. No added effects. No layer masks. No Photomatix, Nik, or any other plugins. Plain and simple, ABSOFUCKINGLUTELY NO FILTERS, ZIP, ZERO, ZILCH, NADA. This photograph took some actual creativity to produce. Sorry, but I'm just very tired of the vast sea of trillions upon trillions of photos strewn across the internet with a tired old filter slapped on and it being called creative. Bad photo plus grunge filter doesn't equal awesome. Not these days anyway. Different is the key to artistic success, not necessarily better, but different. Everyone and their mother and their mothers have an app to put some bullshit filter on their images. The day I realized that was the day I put my filters to rest. Sure, I manipulate to some extent but it represents me, MICHAEL ANTHONY MURPHY :: PHOTOGRAPHER and my style. I won't paste a Holga filter to a photo for the sake of a filter. Instead, I will go out, buy an actual Holga camera and corresponding medium format film and create a real deal Holga photograph. Catch my drift people?

Once again, this photograph is STRAIGHT OUT OF CAMERA.