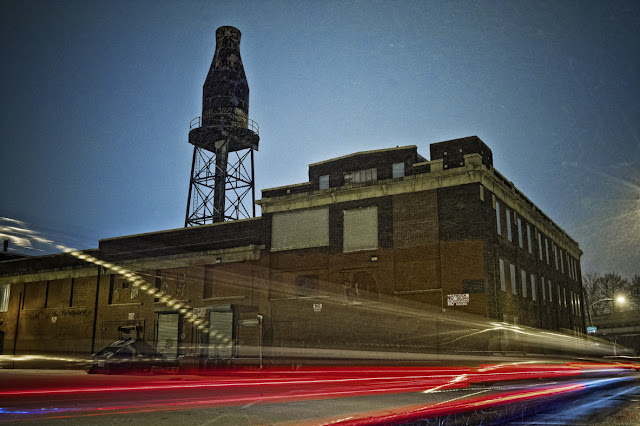 When working with a client, it is always a giant sigh of relief when you see their expressive seal of approval. You did it. You live to fight another day.

After you arrive back home, crack open a cold Pennsylvania Pale Ale, you sit and take another glance at the product which you had delivered a few hours earlier. You zoom the image to 100% or take out your old loupe and utter quietly to yourself, "if only."

Regrets, I've Had A Few

I'm not going to sit here and tell you that every single photograph that comes out of my camera is God's gift to humanity. I don't magically spin my rig atop the tripod, close my eyes, trip the shutter and await for the next brilliant image to appear on the LCD.

Ok, Maybe is the case for people like Joey. L. but for the majority of us, we got to work at what we do. There will be good times and bad. Some shoots you will leave knowing you rocked out with your, well, you get the point. Other times you will fail miserably, and you will know this horrific feeling immediately.

Those who succeed are the ones who, after getting knocked down, get back up and fight the good fight.

But what about the in betweens? Those that the world welcomes with open arms but for some reason you, the creator, just feel you missed it, by a hair.

Relax. That's just you being your own worst critic. It's ok. It's natural, healthy even.

Now, what if the client is you?

This Town Is A Make -You Town, Or Break -You -Town and Bring -You -Down Town

Settling into our new digs in the wonderful neighborhood of Fishtown has been anything but relaxing.

I'd have to say about 40% of time not working, the wife and I have been entertaining. That's a whole lotta, let's just call it, indulging.

Now, I did say that was 40% of time NOT working. How about the other 60%? Turning this newly constructed house into a home has obviously been a priority when we aren't swallowing ibuprofen and greasy omelets to remedy our woes.

New builds are often very sterile, clean and obviously don't have a lived in feel. This takes time; decorating, damaging, painting, propping, shuffling, wearing and tearing. We're getting there but it's only been two weeks since the move.

One of the things this new house has lots of are walls. In city terms, this place is pretty huge, close to double the square footage as our spot in Rittenhouse. What to do with those walls? Hmmm. What would a photographer do?

Hang big ass photos on them of course.

The wife had mentioned her interest in having a nice big, bold, gritty and colorful print of Harbisons' Dairies, specifically the humongous milk bottle/water tower perched on the roof, clearly visible from our rooftop deck. Not only is it visible, the Fishtown landmark is only a few blocks away.

Just The Thought Of You Makes Me Stop Before I Begin

Welcome you, your own worst critic. You are the duality of roles, client and photographer, commissioned for a specific product.

Nothing new, right? I mean every single photographer reading this should be taking photos for the love of photography. Personal projects. Never lose that.

This project, on the other hand, felt a bit different. Sure, I often go through the archives and find a photo that I want to display on the wall. But for this, I was called on by the wife and together we agreed that the final image would be displayed at the entrance to our new home. Size, eh, maybe about 50 inches wide.

But oh where, oh where do I begin?

It was about 48 hours ago when snow began to fall. Perfect! Time to get to work. I waited for the perfect mix of darkness and snow accumulation. Ok, I didn't wait too long as I didn't want to miss the photo op.

On this night I opted for the street level shot as that rooftop would be filled with frigid winds.
Before leaving my digs, I prepared my gear as much as possible as I wanted to avoid the unforgiving temperatures as much as possible.

I strapped Betsy to the Feisol carbon fiber tripod system and began to set some rudimentary exposure settings. I went with a nice mid range ISO of 400, shutter 1" and an aperture of f/11.0. Sure, I could have worked all settings on location but why not save myself even 10 seconds of warmth. Common sense my friends.

As for me, I went with a triple t-shirt base (layers for warmth), topped by a flannel and my Calvin Klein pea coat. Down below were just a pair of jeans and snow boots. I didn't think to add long Johns. On my head, a beanie.

I pounded the pavement until reaching the dairy. Snow was beginning to fall faster and faster. I planted the sticks and began to work the scene. Varied were angles, focal lengths, exposures, height, you name it. I worked around the old bricks for some time until wrapping up. I knew I had a few frames that would have potential.

Take the posted photograph. Round one winner thus far. I wasn't able to beautifully capture the "El", which tracks are far frame right, due to the lower angle. I was able to get the light trails in another image from the train but the didn't pop enough. I decided to work some car lights into the scene instead. It was a nice tradeoff IMHO.

As the wife wants big, gritty, bold and vibrant, I went to my old bag-o-editing-tricks. Hey, it's nice to have the skills.

The secret weapon here? Tonal Contrast, a heavy dose. The somewhat digitized look is signature style from a heaping helping of this tool. Not my thing these days but on a gigantic print, could look very cool. This heaping helping also brought about some heavy noise that was part of the job order so no worries.

The hue/sat sliders were old familiar friends as well. I decided to work them pretty hard. Maybe too hard. With an image this noisy, I typically prefer black and white so you could understand my reservations about pumping the colors.

Finally, you will see the heavy vignetting. I never do so much as to make the vignette draw attention to itself but as to draw the unconscious attention to something else. In this case, I pumped the somewhat obvious vignette to add a glow behind the milk bottle, drawing your eyes directly towards that monstrosity.

For a round one, I'm pretty satisfied. I don't want to call it quits just yet as the rooftop angle may prove to edge out the street leveled image.

The thermometer has been in the single digits recently. I'm thinking of holding out at least until it gets above 32 until I head up to the roof.

[These settings brought about a somewhat underexposed RAW file. The current exposure was pumped in post production.]