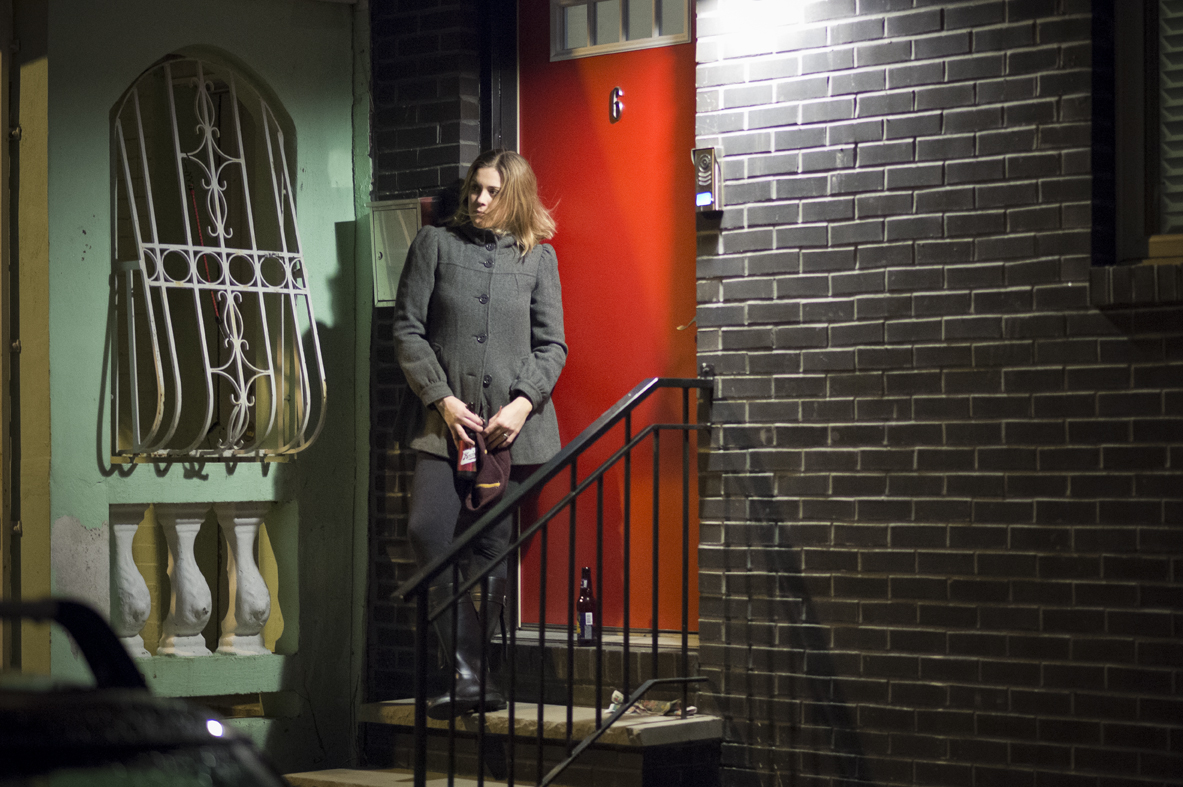 There are so many one liners, maxims and postulations out there today, mainly due to the onslaught of social networking garbage that passes through the inter webs. A whole lotta noise and very little signal.

"The best camera is the one that's with you."
-Chase Jarvis

"There's no reward in tiptoeing through life only to make it safely to death."
-David DuChemin


The point? Be prepared, be shooting and be busting your ass at all times. In sales it's ABC or Always Be Closing. I will coin the phrase now in the world of photography, filmmaking, hell, any creative/artistic field for that matter ::


Maybe that one won't make it to the Library of Congress or the New York City Public Library but it has for sure made it to your eyeballs.

And still you say what's the point?

The posted image of my awesome wife, Stefanie. Had I not been prepared, had I not always been a pain in the ass with my camera, I may have not created this image, ever. Is it an Ansel Adams? No but I dig it, it was totally shot from the hip and I was super stoked to have had been prepared to do so.

The temperatures here on the East Coast have been relentless. Single digits (Fahrenheit) have not been uncommon. On this particular evening, it was in the 40s or 50s. Relatively speaking, a freaking heat wave.

Together, she and I decided to chill out front of our new Fishtown home. Betsy was in one hand and a fine ale in the other.

I stepped out to the street and immediately took notice of the juxtaposition of our digs and the house next door.

It wasn't the first time I noticed this but on this particular evening, I noticed not only the high contrast but how the street light and wall sconce poured their energies onto Stefanie and her surrounding textures.

I immediately removed the lens cap and began to compose.

With a totally darkened sky and only two light bulbs (street pole and wall sconce) in close proximity, I would have my work cut out for me. Better yet, Betsy (my D4) would be working her ass off.

With the 85 1.8 strapped to Betsy's front end, I knew I would be shooting wide open at f/1.8. While handholding, a good rule of thumb is to avoid working the shutter below that particular focal length. To clarify, I was working with the 85 so it wouldn't be wise to take the shutter any slower than 1/80. 1/80 or faster would be the safest way to reduce the possibilities of camera shake.

Already in trouble territory I wouldn't dare any slower, especially with my shaky, always caffeinated hands.

If you are tech, or further, very camera savvy, you may be asking yourself about the working ISO. Hell, I could have taken the D4 to the exospheric level of 204,800. Surely I could have had a faster shutter at that insane level. Yes, but way up there, things get a bit noisy. ISO 204,800 is probably best used for Navy SEALs top secret recon missions or a midnight CIA surveillance spy session. Or, on the other hand, I'm sure there are some photographers going to those levels to create some interesting abstract or fine art imagery. For me? A bit too grainy.

This all took place in under five minutes.

I was so excited to work the RAW file and share here with you today.

In case you were wondering, Stefanie was enjoying a Kenzinger, a lager made just a few blocks away from our Fishtown abode by the Philadelphia Brewing Company. I was sipping a fine Golden Monkey, from the Victory Brewery in Downingtown, PA, a 45 minute drive from Philly.