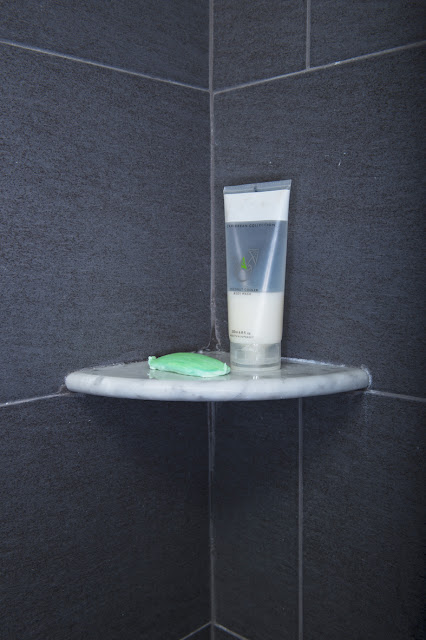 Yeah yeah yeah, it was only [yesterday] when I poured my heart out about inspiration, motivation and how we should all march on up that steep hill. A tear jerker to some or none at all.

I wrote it as a years closer but here I am, posting not only twice in one week but two days in a row. A sign of the end of days? Nah, not really.

So what is it that has brought me back here today, for the double header?

Actually, there are a few variables that have inspired this post.

If you care to join me in this (I promise) last adventure of the year, then click on and click away.

If you have decided against the story behind the story and would rather stare, bewildered by what lies before your eyes. . . I guess I can't hate...

Cheers to you as well my friend.

Prelude To The Soap Dish


Many of you may or may not know where I learned many of my lighting techniques. And before I go any further, If you are aspiring to be a photographer, of any level, I really really really really recommend that you learn about lighting from one of the true masters and geniuses of this art. His name? David Hobby. His blog, visited by millions, is [Strobist]. Ring a bell? If you own any sort of strobe heads, his name should be burned into your brain.

Long story short, Strobist is where I learned how to light beyond the ambient environment. Light. Holy crap. It was a whole new beast. For five years I have not missed a single post by David Hobby.

Anyway, before I bore you to sleep with my warm and fuzzy stories, lemme' tell you how the image herein made it, well, herein.

It was late May of this 2013 that I read a Strobist post about being on "Bathroom Detail." I have to admit, at the time I was totally digging his new bathroom and photograph.

Soon thereafter, that post fell somewhere deep into my subconscious.

After signing our lives away with our awesome realtor Todd Levinson and our new digs in the hipster hood of Fishtown, creativity headed for a downward spiral.

Packing begun and gear slowly but surely become buried, deeper and deeper into the abyss of cardboard that overpowered my home.

Creativity took a back seat to packing, as it should have. Ok, I do admit, I began to do a time-lapse docu of the move but again, things became too chaotic and disorganized to produce that on my own. Meaning :: My wife, while packing, would have probably kicked my ass if I decided not to help and create a film of her starring as the lead packer. Catch my drift?

Moving day! Moving Sucks! Really. We hired movers. They were totally awesome. FYI, we hired [Isaac's Moving and Storage], based out of Philadelphia and Boston.

Funny thing, when being shown properties, I, amazingly, didn't notice certain minute details. On that fine day, my senses were on full alert, noticing everything to all of the awesomeness to the flaws that were were to report on our "Punch List." New lingo in my world.

Strangely, when I walked into our new "En Suite" (more new lingo) which our good friend Mikey Douthwaite calls The Borgata bathroom, my subconscious queued up the [image] that Hobby created in his bathroom a few months back. I knew immediately that I would have to recreate this photograph in my new "En Suite." Hey, Pablo Picasso said it best, "Good artists borrow, great artists steal."

In all seriousness, there were no intentions of stealing his soap dish photograph. Shit, I think I would aim higher than that!

The Fact Of The Matter

After a couple creatively dormant weeks, I knew when I awoke Sunday morning, blog morning, that it was time to get to work. I was able to whip together a decent post but the photograph was taken before packing begun (yes, we moved the entire tree). I hadn't created any new photographs since the move.

There are many photographs I want to search to create in this new neighborhood. The bad side? Last couple days were freezing and rainy. The good side? I have only been in the new digs for a week, there is time.

No worries. Calling me was that frigging soap dish.

The Photograph  :: My Way 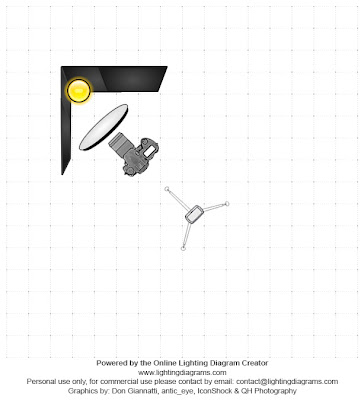 Let me preface by stating that on the Strobist site, Hobby lit in a totally [different fashion].

As a fill light, David used an Orbis Ring Flash and keyed with an gridded Einstein head.

For experimental, a pleasingly so, I worked in the antithesis, totally contrasting Hobby's post. In photography there are lots of theories, rules and other guidelines but I think when you are able to free those shackles, you will be able to reach new creative levels that you once thought were unattainable. That's just my opinion, I could be wrong. I'm sure there are lots of purists who are cursing me right now. Hey, I love you all, no matter what.

Ok, so how did I work to get the photograph from one of the most pimp en suites in Fishtown?

First, I got myself to a nice black canvas, a totally underexposed image. At the D4 sync of 1/250 and an ISO of 50, I was pretty much getting black at just about any aperture. Unfortunately, I would have to put the flash heads to some work as I wanted a very wide DOF. Buttery bokeh would not work in this image. I wanted somewhere between f/8.0 and f/11.0. I could tweak the aperture later once I dialed in the heads. At this point, I had a clean black canvas at 1/250, f/8.0 and ISO 50. Time to add light.

For the fill, I worked with a bare Vivitar 285HV, a high quality, inexpensive, manual, ugly beast of a strobe. TTL sissies need not apply. I worked the monster to 1/16, aimed overhead at the large white ceiling. This would work to create a gigantic apparent soft source of light. As the fill, I only wanted to bring up the black canvas to a shadowy, underexposed image.

At f/8.0, I was still a bit too bright so I cranked down the aperture to f/10.0 Sawwweeetnessss.  Time to add the key.

It had to be about two years ago when I ordered the [O-Flash] from Gadget Infinity. I quickly wrote a [nasty post] about its poor build quality and enormous loss of light. I vowed never to buy Hong Kong again. It was a true lesson that you get what you pay for. 25 bucks people!!!! I think shipping was more than the actual product. No big loss. I wasn't pumped about the look of ring light anyway so I easily threw that mod in the back of my closet, with other gear that didn't make the cut.

After two years, I decided to pull out the crappy mod. Although the build sucked and ate up light like a fat kid in a candy store, it had to be useful somehow.

I used a 430EX ii in the O-Flash. That bastard took me to Homer Simpson, DEFCON 1, nuclear meltdown levels. To crank me into proper exposure territory, I had the speedlite pumping at full 1/1 power, and only a few inches from the actual soap tray!!!!

Nevertheless, I was able to get the look I wanted.

Ok, Hobby cleaned up his area, putting the soap in a Tupperware bowl. Nice touch. I was a bit more lazy, not wanting to clean so thoroughly. Hey, I went a bit more raw. That's my story and I'm sticking to it. It's a brand new custom shower, how freaking dirty can it be after only a week of usage?