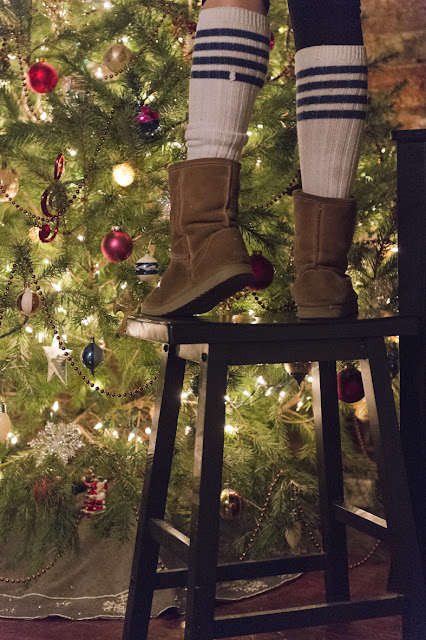 Another year is coming to a close. The Christmas tree sadly has her ornaments removed as needles from the dried branches fall to the floor.

So what do you have to say for your year before entering 2014?

Did you accomplish all that you dreamed you would at the close of 2012?

Did you have an idea and take any sort of action to make it become a reality?

Or, are you entering a new year with a shit load of regret hanging heavy on your tired shoulders?

I'm not going to sit here and toot my own horn and tell you how awesome 2013 was and how excellent 2014 will be.

I do, however, want to take a bit of internal inventory of the year past, as you should too.

I'm sitting here today, at our new home in the quickly trending neighborhood of Fishtown, in Philadelphia. It's only been a week since moving in but so far things have been totally awesome. The neighbors are cool and the eateries have been superb (eating Pad Thai as I write). I'm already feeling some new creative drive, new inspiration if you will.

Here I have my own office/studio, finally. The complex has some interesting nooks where I definitely want to throw up some strobes and subject matter. Saying there are locations of interest and texture would be an understatement.

On this chilly, rainy afternoon, as I sit and bang away at these keys, I can't help but think about the success I had, or didn't, over the course of the past 365.

Hmmm. Obviously I want to keep this on a photographic POV, the creation and business of.

1. I believe I've calmed down a bit on the obsessive purchasing of gear. This is a biggie and all of you should heed this message. GEAR DOESN'T MATTER!!!! Chase Jarvis couldn't have coined the phrase and book title, "The Best Camera Is The One That's With You."

At this very moment, this very second, I am surrounded by a messy new office/studio. To my right is a tripod and some mods. To my left, the same. Behind me a couple ginormous softboxes and few bags strewn across the newly laid bamboo flooring (yeah, it's pimp). Earlier this morning, I had to get creative as during the move, my camera was dormant for much of the time. Today, I had to work.

I busted out every trick in the book. Guess what? I couldn't nail the shot whatsoever. I finally closed up shop and began to blog. Not the first time and certainly won't be the last. Point is, all the gear in the world couldn't help my day's lack of artistic creativity. On the other hand, check out the image of Stefanie, standing on a stool by the tree. The only gear used there was me, my brain and my camera. Simply inspired by the moment.

Over the course of this year I realized more and more often that sometimes less is certainly more.

2. Marketing my brand. MICHAEL ANTHONY MURPHY :: PHOTOGRAPHER is my brand, one that I spend countless hours working on perfecting and promoting. It ain't easy my friends. Not easy but vital. The easy part is that we all have access. Blogger, Tumblr, Facebook, Word Press, Twitter, Google Plus, LinkedIn, Flickr, 500px. . . the list goes on and on. And yo know what? It's all free. It wasn't long ago that to get your message to the world that you would have had to spend boku bucks to have a television commercial created, a billboard posted or a radio spot aired. Sure these things are all ok for today's marketing but who wants to spend that kind of money when nobody pays any attention to them anyway. Social networks my friend. It's the world's largest cocktail party and everyone's invited. Use that shit. I do. It works. If you work at it.

I won't get too detailed but the bottom line is not to be a whore on the social networks. Don't go around like a bum, begging for people to hire you. It's annoying. You have to interact before you can ask. My biggest recommend would be Gary Vaynerchuk's new book, "Jab, Jab, Jab, Right Hook." Gary is pure O.G. when it comes to marketing himself via social networks. If you doubt social networks and the words I'm preaching, just buy that book. I promise Gary will change your world.

3. Fear and filmmaking. Motion picture making is in many ways very similar to still shooting and in many ways very different. I've had ideas late in 2012 and in 2013 I took action. Sure, it's not quite finished, my first project but the hardest part was conquered, my fear of this lateral transition and addition to my skill set. And you know what? I'm totally hooked.

I'm tellin' you guys, once I had my rig on a dolly, directed the P.A. to super slowly truck right, yelled action and watched as the beautifully lit scene came to life. . . words just can't describe.

4. Inspired someone. One of the most powerful moments of this year was reading an email that I received following [THIS POST].

You can read about that life changing email [HERE], in the post that followed the original.

The bottom line? One man, Derek, whom I affected in South Africa, in such a positive manner, has meant more to me in my creative journey than could any monetary return.

Ok, I had other positives of the year but thought those three would be great to share other up and comers. Likewise, I just want to reflect and figure out a couple things that were part of my goals but did not accomplish. Look, we are all human but the key to success would be to keep The Did Nots to a minimum.

Damn, this is going to hurt.

1. Dropping the ball. There were a couple of opportunities over the year that I did not lock down due to that shit I mentioned earlier. . . FEAR!

Fear of creating? Nope. Look, sales technique and a keen business mind are crucial to success in the photographic/filmmaking world. I admit, painfully, that these are my weak points, as they are with many creatives. You are not alone my fiends. Yes, I too have dropped the ball when the discussion of money hits the table.

2. See number one, rinse and repeat.

No doubt that the couple chokes I experiences were probably the most detrimental to my past 365.

Lying ahead is not what I call a fresh slate. Many like the onset of a new year as if all of the past is simply deleted from history. Look, I'm not one to ever ever dwell on the past but I will learn from my mistakes, use the mistakes as a positive lesson on life and continue to fight the good fight.

Honing the skills I have and while perfecting others.

If you don't continue to move forward in the creative world, like a shark, you will die.