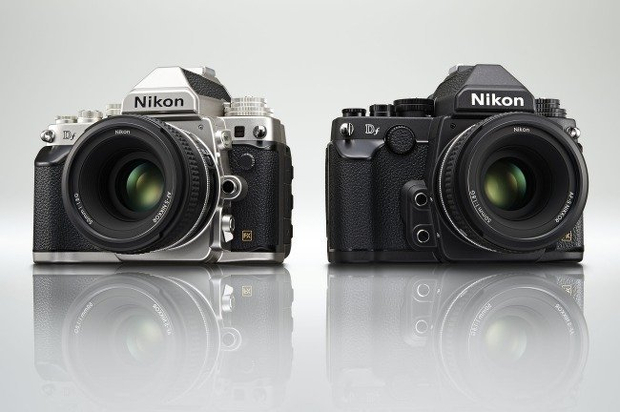 Okie dokie, so here it is, in my opinion, Nikon's answer to the Fuji X series.

Before you black list my site for such a comment, before you exile me from the land of photography, lemme plead my case.

Before I get into any debatable conversation, let me first share some specs. What we have here is a full frame, 16.2 megapixel, FX, back to basics DSLR, the Nikon Df. 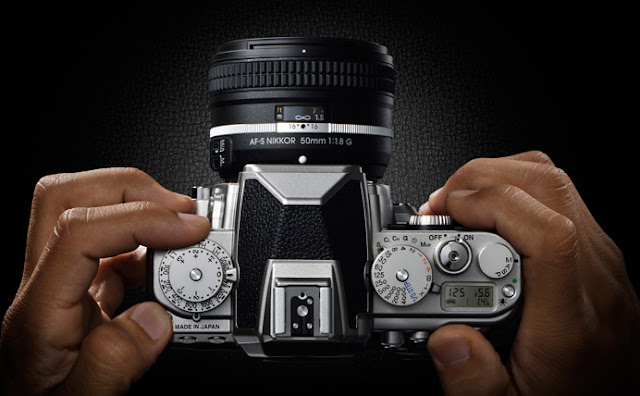 When I speak of back to basics, I'm generally talking about the functions which will quickly remind you of an old Nikon FM or Canon AE. You'll find that the controls for shutter, ISO and other features are the manual, old school, type and feel. Fear not, you still get your top-down-view digital display that offers only the key information, it does not look as if you need to understand quantum physics to read it, as does some other camera body displays. Hey, I dig it.

Now, don't let this camera fool you from the front end. Turn in to its back side and you will find your current technological needs as you would with most any digital camera. 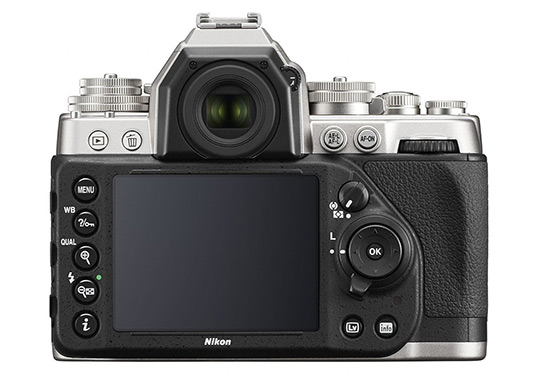 The commands are pure and current day Nikon style. I'm sure once you hit that menu button, you will find all of the advanced features that you would any pro or prosumer DSLR. Why do I mention this?

Look, I didn't get too deep in the previous section as this is a completely hands off review. The goods that follow are what I really wanted to share with you, the reasons why you are seeing this and other cameras like it, pop up on all of your favorite photography blogs.

If you watch the advertising campaign that goes along with the Nikon Df, you will find that they have basically built a camera that takes us back to a purity of photography, where a camera should be limited in ability only to the few simple variables that comprise an exposure, a photograph. I like the approach. Original? Unfortunately not (I love you Nikon but I have to let loose a bit). And again, although at first glance the Df looks archaic, don't be fooled, there are plenty of advanced features once you dive into the 3.2 inch LCD menu/display.

So what's my gripe? Not a gripe whatsoever but more of a simple POV, my opinion.

Recently, Fujifilm released their Fuji X series. This camera gained lots of popularity when Zack Arias wooed us with the awesome street photography he was capturing around the globe and likewise reporting about the experiences. In my opinion, the Z man put Fuji back on the map. The other industry leaders had to be scratching their heads.

What is it, besides Zack Arias (your awesome Zack), that was drawing customers, professional and amateur, to run out and drop a couple grand on these Fuji cameras?

The X series strongly resembles that of the Leica cameras. Old school and bad to the bone. A chunk of metal that when carried on the city streets, instantly adds sex appeal to the photographer and yes, even add sex appeal to the Z man. Yep, he's a total rock star these days.

Yes, this quickly became the new pimp on the block. Not a pro body but pros falling for it nonetheless. Genius. Enthusiasts and pros alike going after the same piece of gear. Cha Ching!

What are the big players to do? This retro camera is getting all the attention. WTF!?

Respond and react is what the players did. Ok, not sure who dropped the bomb first but Nikon announced the Df and Sony announced a much smaller A7r.

They can call it photographic simplification all they want but fact of the matter is, retro is in style and you have to follow suit.

Remember when Ford Mustangs, in recent years began to go old school? Did Chevy and Dodge ignore this? Hell no! They too redesigned the Camaro and Charger, respectively.

It seems the camera industry is no different. It's evolutionary, not revolutionary. Somebody has to start the trends. The others, naturally, have to follow along. I'm sure Nikon or Sony or Canon wish they could have been the first on the block to do so but I guess they weren't quite ready to take that risk.

In my opinion, Leica was the trendsetter in this arena. Fuji just did it with a less expensive product. Nikon has taken their retro idea and went a step further. For that I tip my hat to you Nikon.

The Nikon Df vs. Betsy 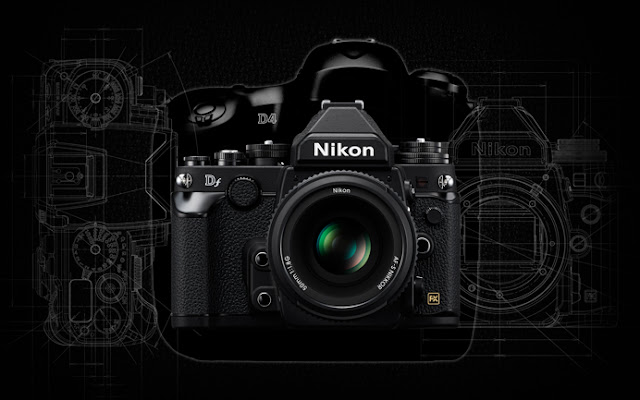 Seems Nikon is claiming the Df is the flagship D4 packed into the smaller retro styled body. Hmm. Ok, here I go.

Before proceeding, if you are a new visitor, and if so I welcome you, Betsy is my main squeeze, she's my honey pie, my snookums, my cuddles. Betsy is in fact my workhorse, my Nikon D4. Let me now defend her honor.

Round One :: ding ding

Both the D4 and the Df share the same sensor that Chase Jarvis states is his "favorite still camera sensor of all time". This 16.2 megapixel sensor has been an industry game changer. The dynamic range is unreal as is its low light capabilities, with ISO levels able to reach 204,800!!!! Pure insanity.

Although pretty and retro, in line with todays mimickers of The Ramones, I don't think it is sealed for extreme climates and elements. But she sure is pretty.

As for my Betsy, she can weather the storms just fine. Betsy is a beast, period. I recently was on the beach at the Jersey shore. I was shooting some seascapes. Betsy and I were wedged between the crushing waves, the jetty and a storm that had just rolled in. Did I run for cover? Nope. Ok, I was pissing my pants being so nervous for Betsy but she fought the storm better than did I.

On the opposite end of that spectrum, earlier today I was working with some food photography. I stuck Betsy, face first, into an intensely hot pot, oil bubbling up all around her. I didn't even blink an eye. She didn't miss one step.

Round two goes to the D4. I don't think the Df  was made for or designed for those extreme conditions.

Third and Final Round :: ding ding

As could anyone, I could go here day and night, but the quick and easy synopsis is this ::

The Df is super cool. I would love to own one as my walk around and/or street camera.

But this is not all about Betsy vs. the Df.

What's the bottom line? I dig it. Totally. I'm glad Nikon was able to answer to the Fuji revolution, and with style I might add.

I got my eye on the silver model.