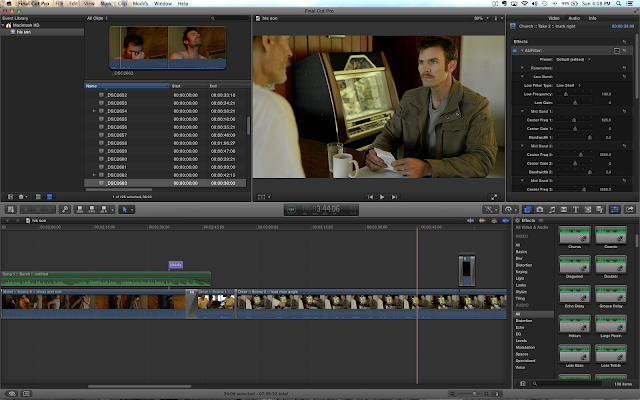 As some of you may or may not know, I've decided to create a film. Yes, as tough, or foolish, or silly as that may seem to some, it was a gnawing that would not exit my body. An itch that I just had to scratch.

As many with this itch would simply fantasize about the idea of actually putting together an independent film, I have taken the idea and executed; the hardest part of any grandiose idea.

"Many have great ideas, the successful ones are the ones who take action, who execute the great ideas."


I obsessively repeat that mantra to myself on a daily basis. I'm not quite sure those are the exact words or who exactly coined the statement but the first time I heard or read it, the words laid heavy on my heart. Powerful medicine my friends; a reality check to say the least.

As my work as a photographer has blossomed over the recent years, more and more ideas have flooded the space between my ears. One of those ideas was/is to begin creating films. The first spark of interest in this lateral move towards filmmaking was seeing Vincent Laforet's Reverie. Sure, I've toyed around with the filmmaking idea in other points in my life but after seeing Reverie, more importantly, the story behind Reverie, my fire was lit and there was no extinguisher large enough to smother the flames.

Long story short, I have executed, production has since begun and I am now just beginning the editing. There are still scenes that need to be shot but I have decided to commence building the timeline, creating a first round rough edit.

Which brings us to today, the editing bay. Prior to, um, I'd say November, I didn't want to have anything to do with the editing process as I was not familiar with any of the software. I knew it was deep and really didn't think I had the time to learn this while trying to put together other elements of the film. On the other hand, this really haunted me; the fact that I was going to be at the mercy of a film editor, without any of my own knowledge. I decided, as there was some extra time available to me, to invest in and learn how to edit a film.

For some time now, I've had Adobe's Master Collection, a collection of applications that run the gamut of the professional creative industry. Included is everything from stills editing programs to film to graphic to audio, the Master's Collection, although not cheap ($2500USD), Adobe's cream of the crop software package. I've played with Premier and After Effects. It wasn't long before throwing in the towel.

I decided to invest in Apple's Final Cut Pro X (FCPX). I've watched greats such as Laforet and Jarvis edit on this platform and I decided to drink this Kool-Aid. At first use, FCPX was just as disappointing to me as was the Adobe software. But, there was just something about the GUI that grabbed my attention more than that of the Adobe film editing software (btw, I love Adobe, I'm not knocking them at all. For my stills, I would never use anything but Adobe). It screamed user friendly but for some reason, FCPX wasn't being to friendly.

About to throw in the towel, yet again, and simply search for an editor, I decided to do a bit of research. Shit, I taught myself everything I know in the image making world. Exposure? Me. Physics of light? This guy. Inverse Square Law? Same. Photoshop? You guessed it. You catch my drift? Up until now, I have educated myself by diving into these internets, diving into books, reading and applying, rinse and repeat. Why the EFF couldn't I learn Final Cut Pro X?! Fear.

I decided to punch fear straight in its fat face!

Sure, some tutorials I viewed on YouTube but there wasn't anything that was sinking in. I'm sure there are some great videos out there but when it comes to learning something like FCPX, I'm sort of old fashioned. Hell, not even old fashioned, just simply strange.

How many people read instruction manuals? Cover to cover? Do I hear crickets? Of course nobody reads those things.

In fact, when I purchased my first DSLR, I wouldn't fire a single frame until I read the instruction manual cover to cover. Funny, that was the beginning of where I am today.

And so I decided to read all 476 pages of the Final Cut Pro X user manual. Some stuff was super new and some super redundant, regardless, I read it all. In fact, I have even read the entire glossary in the back of the manual. Call me a freak, call me what you like but doing this is more useful to me than is any video tutorial.

And so it has begun, my first short has made its way to the editing bay. Oh, by the way, this film is to be named His Son. That's all I will disclose for now but keep that title in mind as we (my small but super talented team) still have a ways to go to complete the cinematic journey.

What makes me super happy is the fact that FCPX is freaking awesome! I know it gets a bad rap from a lot of people in the film industry, complaining that is isn't nearly as good as Final Cut Pro 7. Well, that may be true but I never used FCP 7 so I have a clean slate to learn on, no prior corruptions.

I'm not getting technical today by any means, just wanted to update a bit with the progression of the film and to celebrate the fact that editing has begun and I couldn't be more happy or more comfortable with the program that I'm working with, FCPX.

If you'd like, since beginning the editing process, I've decided to share the experiences on my Facebook page. Check it out [here] and be sure to follow along this long and windy road to the unknown, it's been exciting.