all hallows' eve :: the worldwide premier 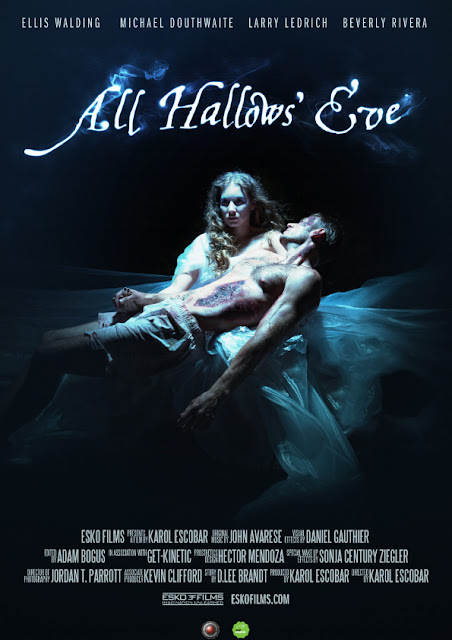 [Hey guys (and gals), check it out!! My first movie poster! Yep, I shot it. Hmmm. a tutorial and discussion about it in the near future? Perhaps my friends, perhaps.]

As you have all waited patiently for the worldwide release of Karol Escobar's directorial debut, the day has finally arrived.

So, without further ado, I'd like to introduce to you, my friends and the rest of the planet,

Before I direct you to the film, let me first share with you a bit from my unique POV, the stills and promo photographer for the entire project.

Join me as I take a walk down memory lane.
Background

It all began, shit, close to two years ago. Producer/Director, Karol Escobar had reached out to me. She mentioned that she would like to collaborate on a project. Of course I was extremely interested. We spent many a nights, simply talking about our passions in the visual world. 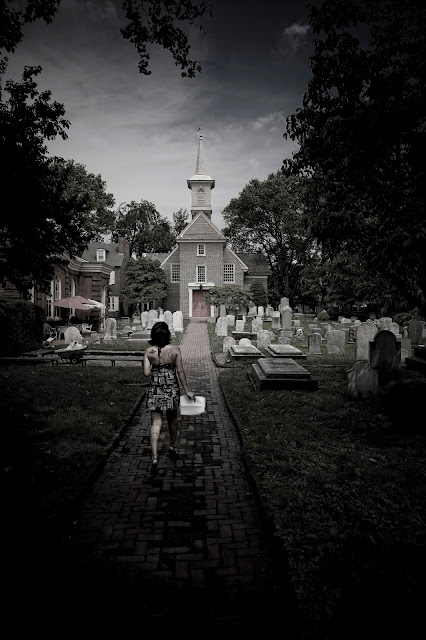 One evening, I asked about her project and it was then she let loose. All Hallows' Eve, 'an 1800s American period short film, inspired by the old Irish folk tale about Jack O'Lantern and poetry by D. Lee Brandt'. Karol went on to ask if I would commit to working as the stills photographer for the project. Knowing this would be a major time commitment on my part, I had to get all appropriate clearances. After all confirmations, I signed and sealed the deal.

And so, a film was to be born.

Immediately, I went to work. Karol and I spending countless hours together as she scouted locations, scouted investors, auditioned actors, actors and more actors and then rehearsals. All of this leading up to the actual shoot and I was there to document the entire ride, in my own creative way of course.

Before I knew it, the actual shoot had arrived.

What makes a film great is, yes, the brains behind the movie but more importantly, the team that is chosen to make this vision a reality.

In my opinion, the cast and crew of AHE couldn't have been better. There were seasoned pros coupled with up and comers. The chemistry between everyone was uncanny. From Karol Escobar to Kevin Murphy, director to security, everyone jived as if one big happy, yet somewhat dysfunctional family. Sure, there were disagreements but when it was time for lunch (typically at midnight) everyone put their tensions to the side for a while, broke bread and remembered why it was they were there, why they were chosen. 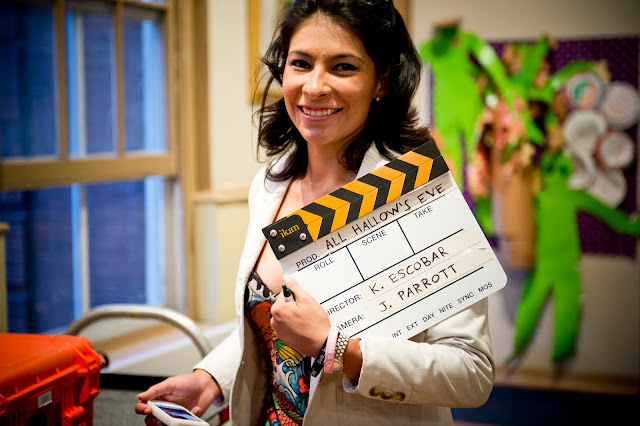 All Hallows' Eve is Karol's directorial debut. Up until AHE, Karol, born in Columbia, transplanted to New Jersey and living in NYC, has been working as an established producer working on many cable documentaries for Discovery and many others.
Escobar has made AHE the reality that it is today, putting forth all of the back breaking work to turn all of the chaos into one harmonious symphony. Anyone think directing is easy? Think again! 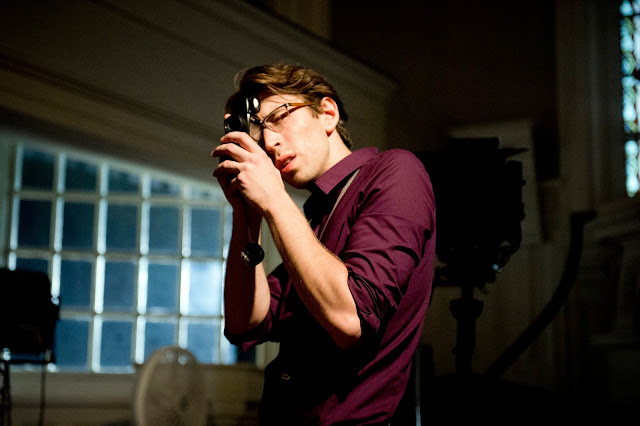 Ok, I've said it once and I'll say it again, Jordan T. Parrott is my total man crush. My bro-mance. I have a few in the photographic world and in the world of film, Jordan is that bro-mance. If you're blushing Jordan, well my friend, you've earned it.
As for Jordan's lighting scenarios, they make me weak in the knees. No joke.
I would simply say to check out his the link attached to his name. His resume speaks for itself. Check out his reel. Awesome stuff.
I swear if I was skinnier, I'd wear purple shirts with suspenders as well. 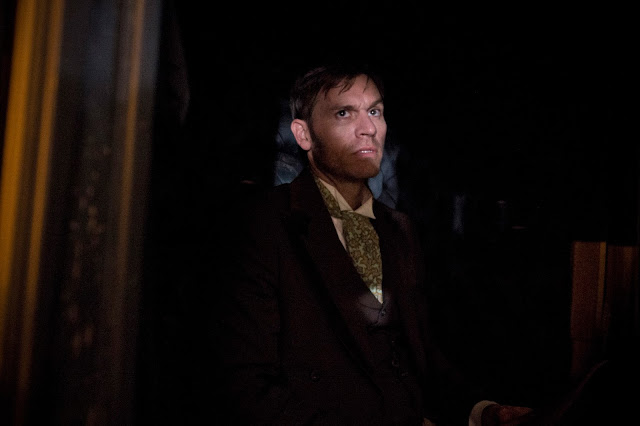 Ellis has been around the block in the world of Hollywood.
In his earlier years, Ellis spent much of his time as a model, gracing the cover of countless romance novels. Since then, Ellis has transitioned to the acting scene where he has definitely earned his keep. Sex and the City, Do No Harm, Backwards. Need I say more?
The role of Jack is one of many layers and complexity. Ellis, was hands down, the best choice to play the role of Jack. 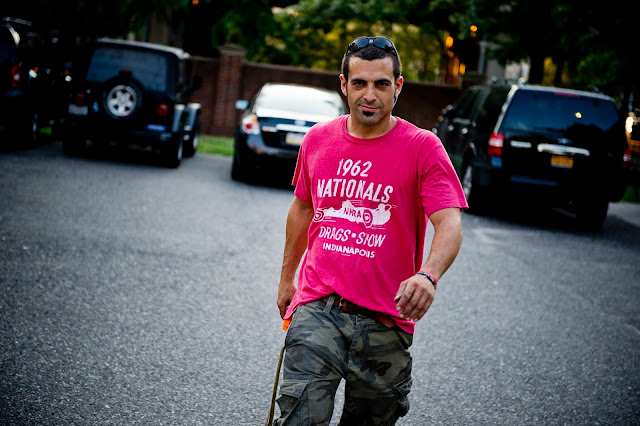 All Hallows' Eve was Michael (Mikey) Douthwaite's acting debut. And Goddamn did he rock the part of the demon like a bull in a China shop?!
Douthwaite is generally a passionate and intense individual. Needless to say, his role as The Demon would be right up his alley. Impressively, once Michael got into character, he stayed there, working every second to perfect his evil part. 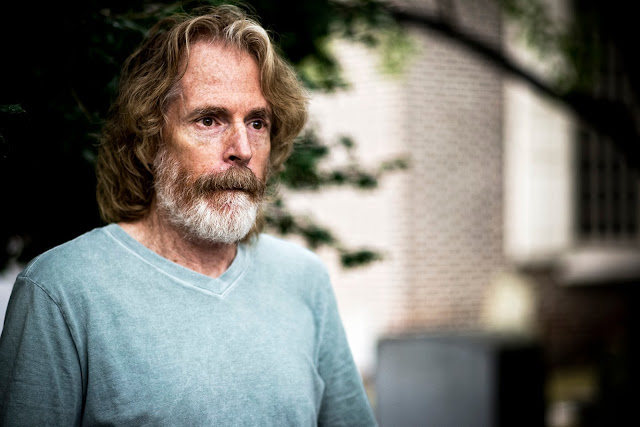 Talk about awesomeness, Larry Ledrich takes the cake. As I've built strong relationships with much of the cast and crew over the years, Larry was a new introduction. I have to say, we hit it off from jump street. Why? Well, besides Larry being a funny dude, he is much like myself. Larry is very much his own worst critic. I explained to him how I am also that way and how I use those thoughts to strengthen my weaknesses.
Larry's attention to detail landed him the role of The Old Man and may I say, you can have your hammer back because he nailed it!

Beverly Rivera - The Angel of Death 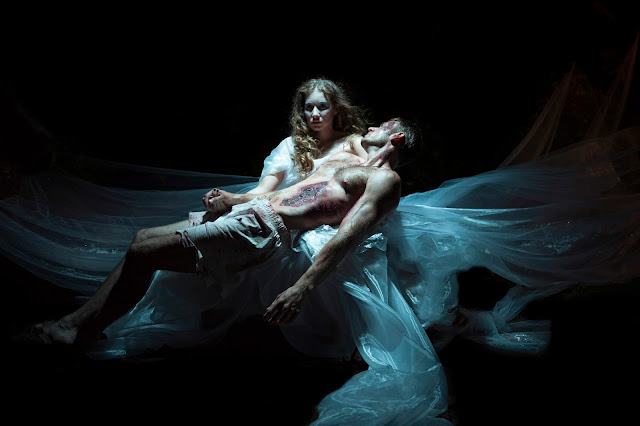 Meeting Beverly at auditions for the first time, I noticed a couple personality traits that particular day. First of all, I noticed how much she put into her audition and second, how nervous she was. I had a good feeling about that. I couldn't wait to see her in action as The Angel of Death.
When it was Beverly's time to shine, it was as if the entire cast and crew directed their attention to her entering the set. Her presence was mesmerizing. You will have to see for yourself. 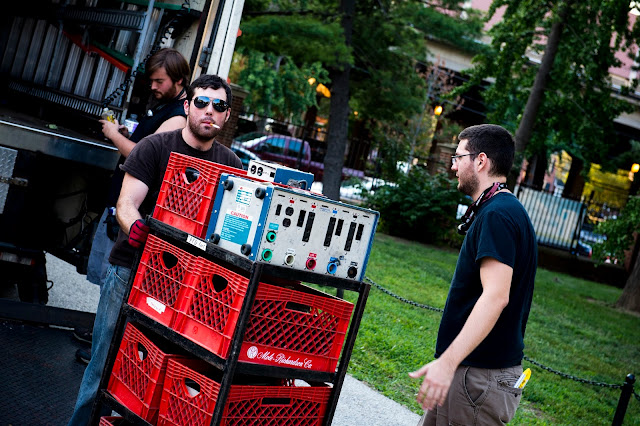 Friends, I can go on about the entire cast and crew but I think I'd be here for a long long time. At times the cast and crew had to reach damn near 50-60 people; PAs (Elisa), special effects/makeup (Sonja), production (Kevin), extras (Paulie/Kyle), media (Ronald), wardrobe, management (Peter/David), catering (Brian), you name it. This production was big time.  Hmmm. How to compare? Ok. I'm currently working on my first film. I have just me, one assistant, four actors, makeup, my rig and three lighting sets. AHE? Ok, the 60+ people and an effing tractor trailer full of, well, everything (C-stands, generators, beautiful ARRI lights, endless amounts of ARRI lights and did I mention all of the awesome high wattage ARRI lights?).

Although I don't have the time to write about everyone, I did want to give a shout out to two key players, Noodles and of course Victoria.

Being part of a production of this size is quite an experience. It's as if a small town erects itself out of nowhere and instantly, all dwellers of this newly erected town know their roles, as did I. Night after night, everyone got right to their tasks, to ensure they aren't the ones to cause any problems because, jeez, wouldn't that just suck?!

So I'm guessing you want to get to the film. Fine. I suppose I can accept that.

Ladies and gentlemen, I introduce to you...