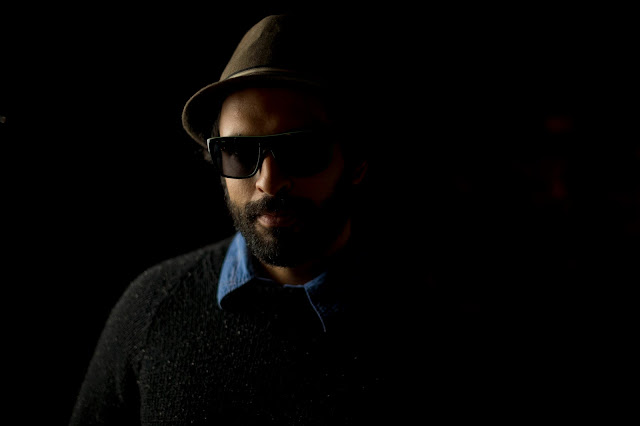 Working with and photographing musicians is niche that I may have fallen victim to like Adam to a big fresh juicy apple. Pure temptation that I simply cannot resist.

Recently, I had the amazing opportunity to work with a new and amazing talent on the music scene, Cosmic Simon.

So, if you will, follow along on today's photographic journey, from inception to today's delivery. 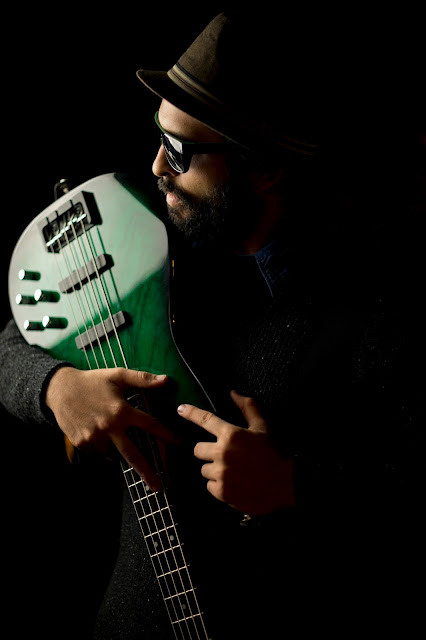 Back when MySpace shit the bed, when her bubble burst as we all knew would, I swore off of the social networking bandwagon. I swore it was simply a doornail. . . dead. As MySpace vanished into the cold cold night, Facebook was quickly growing popularity.

I admit it, I dabbled. secretly played around with Facebook's tools of the early years. Searching people based on radius and such. To gather more intel, you were prompted to join Facebook's ever  expanding database. I fought the desire as I had already vowed not to join one of these time wasting sites, ever again.

It wasn't long after that two of the most influential people in my life, my wife and brother, had tried to sell me on the power of social networks, the power of Facebook. I fought with all I had and wouldn't throw in the towel, no matter what. I argued that in time Facebook would be as played out as MySpace, faster even. It was at that point in the argument that I opened my eyes.

What would happen to Facebook or what already did happen to MySpace was of no matter. What would matter is the here and now. Who is the big player in social networking right now? That is what matters. Facebook, at the time of that intense discussion, was rising to the top and today still is reigning king. Luckily, I realized that here and now is what mattered and I reintroduced myself to the social networking world.

Not only have I tested the social networking waters and analyzed how they affect my photography business, I dove in, head first, in the deep deep end of the social media pool.

Today, in the second half of 2013, I once, the doubter, am now a member, not only of Facebook, but also Twitter, Google +, Tumblr, LinkedIn, Flickr and a couple others I'm sure.

WTF you say? Sure. It's a lot. Fuck, it's a full time job on some days. I wish some of them would fall off as MySpace did but at the moment they are all players in the social networking world, they are all the here and now. As long as they are all players, I will utilize them to help market my photography business.

How do I quantify or qualify the results, the ROI, that these networks have yielded? Well, I don't have any hard figures on paper but day after day, the power of these networks, when used properly, continues to amaze me, both at personal and business levels.

This brings us to why we are here today. It was in fact the power of social networks that brought Cosmic Simon and myself together. Each of us creatives, 150 miles apart, brought together by a few clicks of the mouse. Glorious would be an understatement.

To summarize the connection between Simon and myself would be; Simon was impacted by my style of photography as was I, Simons style of music. 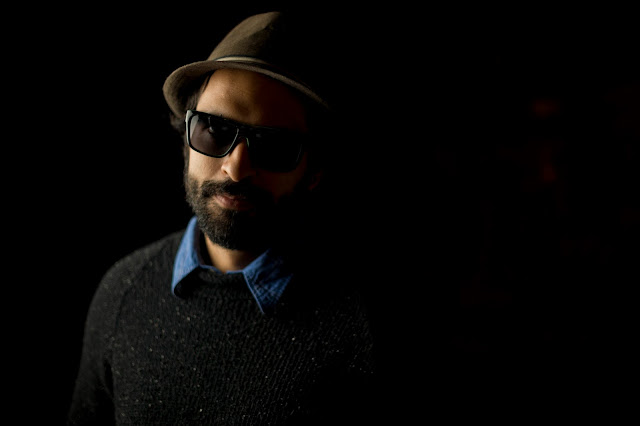 Simon Rojas was born 1983, in Caracas, Venezuela. He was named after Venezuelan military leader, Simon Bolivar, born exactly 200 years before Rojas. Cosmic Simon was raised in the small Venezuelan city of Barquisimeto.

Simon's passion and talent for music began at a very young age. In his later teen years, Simon moved to Paris, France to study music on a formal level. 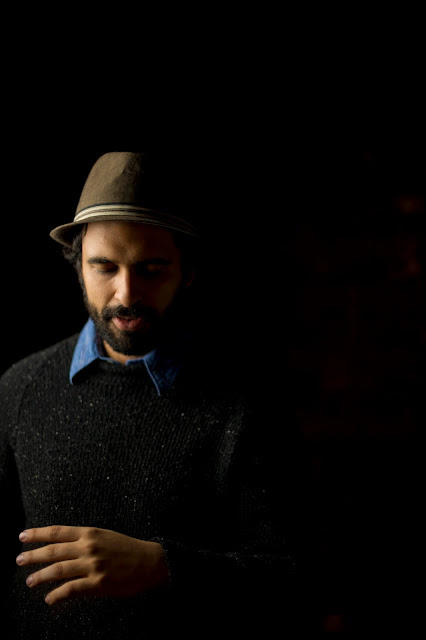 In 2003, Simon moved to Washington D.C., where he currently resides and creates music that has simply blown me away.

Simon's sound is quite unique, which is what separates the men from the boys. In the creative world, it not only takes one to be better, but different. Different is the key to creative success. Don't get me wrong, Cosmic Simon's is not only different but also freaky talented.

Take a listen to any one of his amazing [songs]. What you won't realize is that Simon plays every instrument, from the guitar to bass to drums. Simon records each instrument individually and then layers them together in post production, creating a single, beautiful song.

It's like getting a bomb of awesomeness dropped right on your head. Inescapable and undeniable. Mad talent.

Again, we collaborated for weeks, it was over that period that I was able to learn so much about Simon, to listen to and understand his music, to get a grasp on the photo shoot that would lie ahead.

As a photographer, getting this understanding prior to shooting is crucial. Having or not having a background on your talent will undoubtedly affect the final product. And trust me when I say that will work for or against you.

The long awaited shoot day had arrived. I nervously awaited Simon and his wife Amanda's arrival as I was ferociously working to convert the digs into a working studio. Around noon I had gotten a text stating that traffic coming out of D.C. was horrific and that the 2p.m. arrival time would be delayed a bit. I sighed in relief as I was spinning my wheels trying to figure out some last minute lighting scenarios.

Simon was adamant about working on seamless white. Typically, I set up a 4 /12 foot roll of Calumet Arctic white paper, for a cyclorama styled shoot. On this day, I felt that simply would not be wide enough. We would be working with not only Simon but with some instruments as well. A 90 something inch roll of paper simply wouldn't cut it.

That week I ran out to Calumet to grab a 10x12 white muslin. Why muslin? Easier storage than a 9 foot roll of white. The down fall to muslin? Wrinkles. Reflectiveness. Storage ability trumped those two variables. 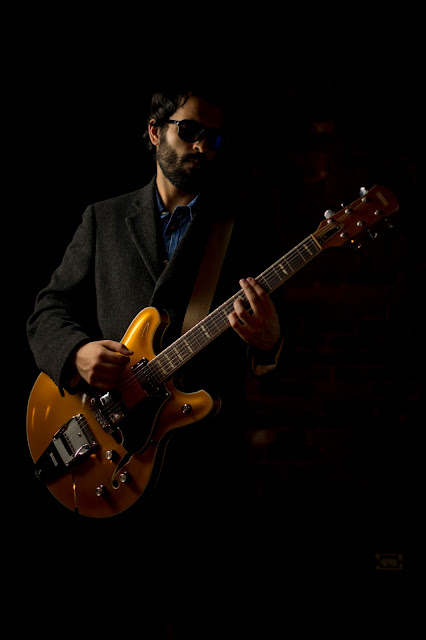 By 2:45 p.m. the room was set. The somewhat wrinkle free, 10x12 muslin up on the Calumet background support system. Three strobes set and awaiting command via Pocketwizard Plus ii transceivers. Two strobes, bare for the time being and a third boomed and modified by a Westcott 28 inch Apollo softbox, hands down my favorite and most used mod in my bag. Portraiture, location, food, whatever, the Westcott Apollo rocks every situation. Period.

At 3:00 p.m. following a 150 mile journey, from D.C. to Philadelphia, Simon and Amanda had arrived. Together, we unloaded their car, bringing on to the set, a variety of beautiful, breathtaking guitars, drums, clothing and other props needed for the shoot.

After settling in and finishing up with the formal introductions, Simon's wife, Amanda, departed to explore Rittenhouse Square and other parts of Center City Philadelphia. I don't blame her as sitting through another subject's photo shoot may not be the most exciting thing for a spouse to endure. We had hours of shooting ahead, I'm sure a wife watching a husband for that amount of time could become a bit torturous.

Before working, Simon and I chilled out a bit. I know he had a long ride and would probably enjoy relaxing a bit before jumping right in front of the camera. He enjoyed a Leffe Blond Belgian Ale. For me, it was still the old liquid energy, black coffee. I don't like to start a shoot too relaxed but I did have a few microbrews in the fridge to unleash towards the end.

The first frame was triggered at 3:47 p.m. Without my having to say too much, Simon began to work the front of the lens. Time flew by as wardrobes changed, guitars turned to drums, hair to hats.

It was somewhere around 5:00 p.m. when I asked Simon if we could try something a bit different. I assured him that we definitely nailed some seamless shots but wanted to share with him what I was feeling deep down inside, a creative burn that was nagging away at me.

I suppose it was something subconscious but the name Cosmic Simon had me wanting to shoot a bit on the dark side. Not sad darkness but rather a somewhat mysterious darkness, with pops of color.

Prior to this idea, all strobes were either on or behind Simon. I decided to subtract the pure wattage and direction of the lighting. When working with the seamless I was firing three strobes synced at f/11.0 and ISO 200 running the strobes at 1/2 power. I decided to hit the same synced level but wanted f/1.4 and ISO 100 while popping at 1/32. To achieve this I went down to a single light setup. 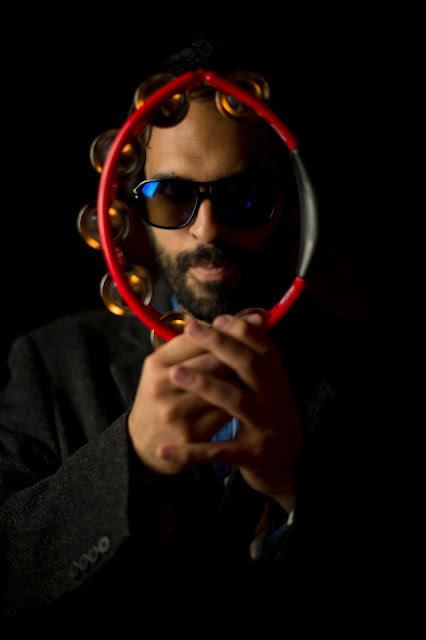 More important than the single strobe was its direction. Had I left the Westcott on the 45s, as it was for the seamless, I would have come up with something much less dramatic, with lots less interest. Instead I just about turned the light back towards the camera. Think of a bird's eye view of the set. The subject would be dead center while me and the camera would be working at six o'clock. Normally, the light would be either at four or seven o'clock, just about a 45 degree angle from either side. To achieve drama and mystery, I turned the strobe back on Simon, at about ten o'clock.

The highly controllable Westcott Apollo allows for little flare and lots of direction given its rather large area. This large area also produces a very big, very soft light that was able to wrap around the back corner of his head and around to his nose. Damn, the physics of light are beautiful aren't they?

I was shooting tethered so that Simon and I could see the results on a larger scale, live, rather than long after the shoot has taken place. Could we view the back of the D4? Sure but everything looks great on those little LCD screens. Tethered, we were able to view live on the 17 inch MacBook Pro. Once we found this dark, mysterious, dramatic sweet spot, Simon and I hit the zone. He jammed away on different instruments, hitting his mark every time. I simply fired away, trying to hit the shutter in rhythm with his striking of the guitar strings.

Not only was there music being played but the flow of the shoot became musical in a sense, magical if you will. I couldn't have found a smoother groove than I had at that very moment.

By 6:45 p.m., we were just about finished. It was time we shared a beverage together.

I think by this time we were both utterly exhausted. It was the the most refreshing beverage I had in a long time. We tapped our glasses in a symbol of mutual respect and appreciation for what the other has done.

It's amazing how similar creatives are, how their minds work more closely than many realize.

Cosmic Simon an amazing musician and myself a photographer, so far apart but throughout lots of conversation, we are so closely connected. Musicians, photographers, painters, or whatever the creative output may be, all of us have this passion, this drive, to put our work out there and to push, to constantly create. We are like sharks, having the need to continually move forward or else. . . die. That's the level at which we create, that's the level at which we aspire to be and what we will accept nothing less than. Awesomeness or nothingness. No in betweens.

As for my friend Cosmic Simon, be sure to check out his work at CosmicSimon.com. There you can find and listen to his amazing music.

Also, stay tuned for his debut album, to be released before the end of this year. . .

Want to talk about game changing? I'm telling you, Cosmic Simon is going to be a force to reckoned with.