filmmaking :: success only comes before work in the dictionary 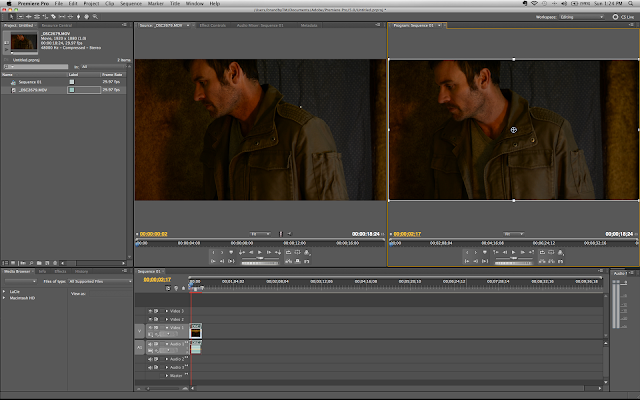 As of today, the actual task of filming is about 50% complete. Being generous, I'd give the team and myself a 60% completion status.

If you haven't been on my blog radar for a bit, please, follow along with today's post and catch up with what's going on.

Totally Off Topic, Sort Of

I've made a promise to myself recently, a promise that I've really really tried to keep but have been failing miserably at on a weekly basis.

I have vowed on multiple occasions, to try and shorten the blog posts I share with you on a somewhat weekly basis. Unfortunately, every single time I sit at this computer to drop on you, my bombs of knowledge, I cannot help but lose all sense of time, word count and my surroundings, for that matter; I get lost in this wonderful world of sharing.

A bad thing? Well, that can be viewed from a couple points of view. Although I share a big heaping helping of information each week some readers, especially in today's world of the extreme rate of information production/consumption, want to get in and out rather quickly. The answer? I will try to find a happy medium.

I'd love to know your thoughts on the matter. Be as so kind to comment below if you have an opinion either way.

The World Of Filmmaking

After about a year of planning, shooting kicked off one week ago today. As mentioned, it seems as if we have about 50-60% of successful footage for this indy short film. Now, that has absolutely nothing to do with post production which, in my opinion, my account for a large chunk of this film's success. Put editing in the mix and I'd say we are actually about 35% complete. What gives?

Throughout this first week of shooting, I have come to some conclusions about the differences in the stills world and the motion world. Two very very different animals, each with their own set of rules, lingo, technique, moves, prep, you name it and the two disciplines could be contrasted quite drastically.

By wrap time yesterday, my ass was officially kicked, my brain mush. On most days, I would love to cuddle up beside my gear and fondle every curve, every control. Last night, I packed everything away without giving a second glance. For a week straight, I have been attached at the hip, lugging tons and tons of gear from set location to set location. Not an easy task with a crew less than ten.

Today, I want to break down some differences between creating a successful stills shoot and a successful motion shoot. I promise to try and keep it short.

It has been said in the stills world that the ratio is around the 10% prep and 90% action range. It has also been said that in the motion world that the ratio is very much the exact opposite, 90% prep and 10% action.  Do I agree? Look, I'm no veteran of the motion world but in the shark tank that I've thrown myself, I can wholeheartedly agree with those stats.

Remember, I mentioned that it took almost a year to finally get shooting? During this time, the script has been revised a number of times, shot lists been drawn and redrawn, gear lists tweaked and tweaked again. Get the picture?

Tripods vs. Sticks. f-stops vs. t-stops. Make sure to pack plenty of stingers and C-47s. All this may seem a bit confusing but I promise you, if you have been shooting in the stills world and are comfortable with the jargon that happens on set, then you shouldn't have too much trouble understanding the differences in lingo on a film set. A tad confusing but not a drastic reach.

f-stops are measures of aperture or lens speed, in the still world. An f-stop is a theoretical figure.

t-stops are used in the world of film and measure the same with the only difference being the t-stop is an actual measurement.

By the way, the differences between the two? Nothing really.

C-47s? Know these and know them well, they are your best friend on a film set. In actuality, they are simply wooden clothes pins.

Stingers? Sounds scary but they are simply extension cords. Along with C-47s, I found stingers to be a very vital piece of equipment over the last week.

There are plenty of other terms to know when making a motion picture, and they refer to camera movements, a super important phase in the filmmaking process.

Without getting into the exact definitions, I would highly recommend anyone interested in making an indy to familiarize themselves with certain camera movements. And, not only familiarize yourself with the definitions but also how each move will affect your final shot.

Dolly, pan, tilt, handheld and trucking were just a few of the moves I utilized over the past week.

Without a doubt, creative lighting is one of my fortes in the stills world. While also entering the world of motion, I want to have a strong hold on my way of lighting particular subjects and scenes.

When lighting for stills you can light to make it believable or simply light because it looks bad ass. I've been known to choose the latter. As for filmmaking, lighting for bad assness is a bit more difficult to pull off. For this project, I'm trying to find a happy medium. I'm not a huge fan of simply lighting to make believable, hell, if that were the case, I'd work in total ambient. I like to bend and even break rules from time to time. When you see the film, you will know what I mean.

The Rules Of Stills and Motion

Wether it's stills or motion, just get out there and shoot!!!!

And Of Course The Nerd File ::

The image posted herein is a screenshot of my working with Adobe Premier Pro and some footage from the past week.

The aperture :: f/2.8 (working with stills glass, not cinema glass, hence f rather than t)