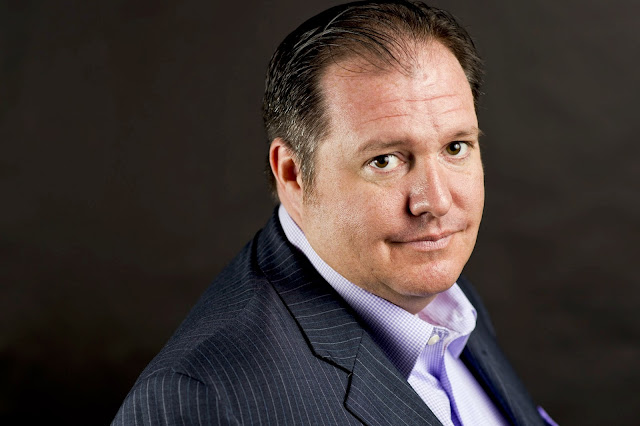 Today I had the urge for some belly filling, unhealthy cuisine. Why? Well, I spent much of the previous day with the one and only John Flaherty. What does one have to do with the other?

You don't get the answer just yet. Patience my friends, patience.

Just who is this John Flaherty character? John and I go way back. A few years ago, we met while slinging drinks at the same watering hole, Roosevelt's Pub at 2222 Walnut Street in Philadelphia. During our stint together at what is now known as R Bar, John, I and a few other knuckleheads, often found ourselves overindulging from time to time. Our practice of excess wouldn't be an issue except that Mr. Flaherty could often lead the group into some strange adventures. Example? Somehow John came up with the brilliant idea, while we all were a bit tipsy mind you, to shut down one of Philly's busiest streets, Walnut Street, as we all engaged in a human wheelbarrow race. Needless to say, the event didn't end so well.

John and I, for some reason unbeknownst to me, have grown a strong friendship over those foggy years. Today, we have both grown up a bit, yes, just a bit. As John and I have a strong friendship we also share a business relationship. For some time now, Mr. Flaherty has been my State Farm insurance agent. John takes good care as he has made certain to make sure all of my photographic equipment is properly insured. Along with the equipment insurance, John also has provided me with a solid liability policy for the business. I don't know much about insurance jargon but I do know that if a client trips over the ethernet cable while shooting tethered, pulls my camera crashing to the ground while somehow causing a spark that sets a building ablaze, I have no worries. My camera and my ass are fully covered. Yes, like a good neighbor, State Farm is there. God, I'm such a nerd. 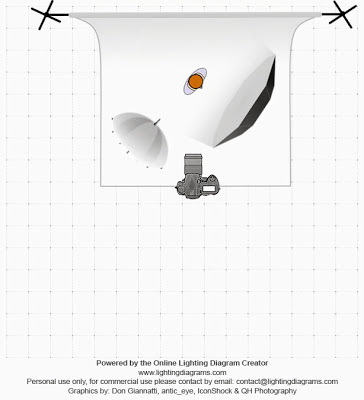 As all awesome business persons do, John was in need of a corporate headshot for the company. We scheduled the shoot for Saturday afternoon. For studio work, I prefer to push the action past morning hours as this gives me that time to prepare the space.

First, goes up the cyc background. For this particular shoot I wanted to go black; rich, dark, classy, clean. Next, come the lighting equipment. For the key light I was working with a Vivitar 285HV, perched atop a ten foot lightstand and shrouded by a very big, very awesome 60 inch Photek Softlighter. For the fill I chose to use another ten footer with a Canon 430ex ii modified by a 45 inch  shoot through brolly from Calumet. I was going to add a third hair/rim type of light but decided that working that ginormous 60 inch nice and close would wrap plenty of light around his nugget. I also thought that without the third, the actual lack of light would help to affect his hair thickness in a positive manner (how's that for dancing around a touchy subject?! Ha!).

Triggering the strobes would be by the help of my ever so loyal, ever so beautiful, ever so dependable, Pocketwizard Plus ii transceivers. I heart you Pocketwizard.

I decided to work the Nikkor 85 1.8G for some moderate compression and a flexible DOF (depth of field). Ok, ok, all nerdiness aside, my main reason for the 85 is that I really really really just love that lens for headshot work.

The beast that would be handing the workload is my baby, my love, my Betsy, my Nikon D4. I know technology comes and goes but the D4 really fulfills my every photographic need. Dynamic range is insane. Low light capability, unbeatable. Frame rates, so fast I've only used to show it off to fellow photographers, making them quite envious. I'm a more slow and methodical shooter, usually locked into Single frame shooting mode. Files are perfectly sized. Gallery sized prints are beautiful. Skin tones are rendered amazing. Basically, I can go on and on. Oh, the Sony XQD card? Super. I'd love to see it take over but I have a strange feeling it is going to shit the bed in that department.

When working with clients, in studio, I love to shoot tethered, allowing them to see what I am capturing on a full sized scale. To tether, I run 30 feet of ethernet cable from the D4 to my 17 inch MacBook Pro. Once tethered, the D4 will generate an IP address that you just type in your browser, submit proper password and voila, Full camera functionality, if need be, in your browser. I don't operate from there, I just use to show clients the RAW files immediately after shooting each or few frames.

For support, I was working with my Feisol carbon fiber, ball head, tripod system. One itty bitty tiny little problem? I couldn't find my quick release plates!!! Any of them!!!! WTF. I think I may have left them on set last week during the film shoot. Son of a whore in church!!!!! Yes, vulgarity and lots of exclamation points made me feel better then and feel better now.

The Clock Strikes One

Pleasingly punctual, John arrived at 1:00 p.m. sharp. He did have some issues with downtown parking but that's par for the course in my hood. Flaherty is a Delco boy, suburban digs, just outside of the city. Some never get used to the hustle and bustle of center city. I, on the other hand, effing love it. By the way, there is a lot one block from my spot, 17th and Pine, and I typically urge clients to park there as I will pay for the duration. Why didn't I advise John to do the same? Eh, where's the fun in that?

Before shooting, as I do with all clients, I had John sit a relax a bit. I know when people walk in and see the big lights and their shooting area, they get a bit nervous. I agree, it can look intimidating. After a few minutes of shootin' the shit, it was time for some action.

Camera? Locked and loaded. Formatted XQD and CF cards. Full manual mode. Shutter 1/200, just below it's sync of 1/250. Aperture varied between f/2.8 and f/5.6, bringing the background up or down for some variety. ISO was 100. I could have worked way down to ISO 50 but then I have to ask for more power from the strobes. I prefer more bang for the buck. Hell, often times I can work a headshot session at ISO 800 and not a bit of noise. It's a comforting feeling. Oh, bang for my buck? I was working the key at 1/4 and the fill at 1/32.

Once clean and prepped, John was ready for direction. I knew from our pre-game banter that he is not fond of spending time in front of the lens. Cunningly, I got him laughing. Don't take it the wrong way, the laughter was mutual and genuine but very necessary to have a successful shoot. It took a bit of work but he finally loosened up. The facial expressions from frame one to the final frame change dramatically. He went from deer in the headlights to super calm and cool.

We wrapped in well under an hour, as I promised him from jump street. People often feel, that when seeing the cyc background, the giant mods, that shooting will last an eternity. I always assure people that I will have them in and out in no time. I'm sure they sometimes doubt those words but every time I say, "we're done," they always look shocked, in a good way of course.

And Then There Was Trouble 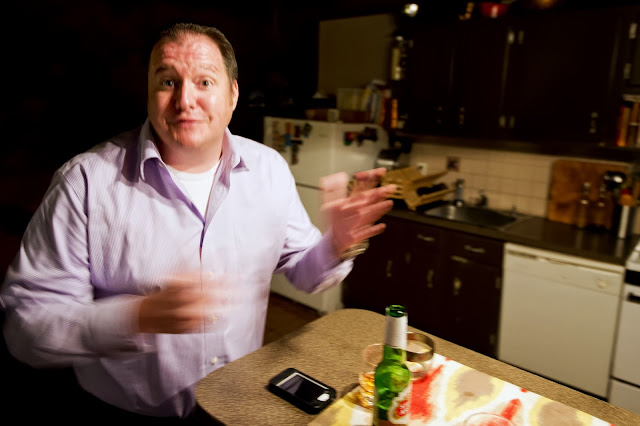 John and I parted ways before 3:00 p.m. only to regroup that evening, at my place, around 8:30 p.m. The evening started off somewhat civil. Well, as civil as John, the wife and myself could possibly be after a few adult beverages. Stefanie was drinking her favorite trailer park styled, champagne of beers, Miller High Life. Flaherty was enjoying the Belgian Lager, Stella Artois. I was sipping some fine Downingtown, PA born, Victory Golden Monkey.

Things were going just fine until...

The hard stuff started to flow. I had a fear that this was going to happen. Never goes an evening together that we don't knock back some of the more potent spirits. For John, it was some Maker's Mark bourbon. Stefanie and I had a bit of the agave nectar, Milagro Anejo.

Let's just say that after a few of those and the remainder of the evening is somewhat missing from the space between my ears.

I awoke this morning, this very late morning, with the need for bad food to sop up the toxins from the blood. I filled my belly with proteins, fats and carbs, plenty from each category. I washed the deliciousness down with large glasses of cranberry juice, to refresh my dried mouth and aid in some quick detox for the liver and kidneys.

Now, I need to go zone out a bit with some television to numb the brain.