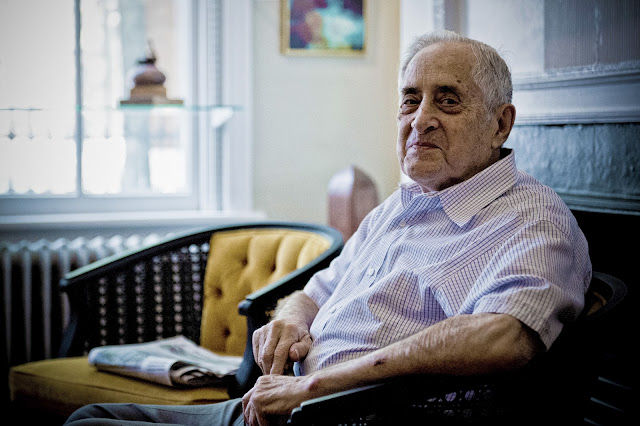 Knowing your technique inside and out is great. Having the ability to dial in exposure in nanoseconds when working a high pressured shoot is priceless. But, let me just say that even the masters can get forgetful and even sloppy from time to time, in regards to technique.

It's a feeling of comfort when you reach a point in your exploration of photography, wether it be a hobby or a profession, that you no longer have to worry about calculating proper shutters, f-stops and ISO levels. Finally, after much trial and error, the technical part of this wonderful art form has become a wonderful instinctual process. Long gone are the days of wondering how on earth is the aperture going to effect the image. Lying on the road behind, are the days past of scratching your head trying to calculate the inverse square law (I1 x d12 = I2 x d22). Ah, the formula is magical isn't it? Easy as pie, right?

Ok, ok, so the formula, to many, is a bit intimidating. Throw this on a napkin down in front of Joe McNally and I'd bet that he too, would scratch his head.

What's my point? A contradiction?

Not really. Although exact calculations of how the inverse square law relates to flash to subject distance can seem a bit intense, they aren't 100% necessary to reach levels of mastery.

In your early days of photography, you were so overwhelmed with these things that your final images most likely suffered. Creativity took a back seat over the technicals. This is a point we all go through, worrying about perfect focus, perfect exposure, perfect numbers, every single time. How many times did this cause you to miss the shot? Don't worry, I was there once too. That transition to shooting full Manual mode can be intimidating.

The roads begin to divide at this point.

Many will throw in the towel, wanting to smash their equipment via dropping onto the street from atop the Empire State Building. They will curse the day they bought a DSLR, consume large amounts of alcohol, or if in Colorado as of recent, smoke a shitload of L.A. Confidential that you just purchased and had delivered from a simple Craigslist order. I digress. After the haze subsides and the anger becomes more manageable, regret sets in as the realization that the shiny new DSLR they smashed was by no means inexpensive. Hell, I've heard of a big sales exec that bought a Hassey with no fucking clue of how to use it. $50,000 down the drain? Jeez, talk about a waste of money. Once the regret subsides they revert back to point and shoot, full Auto with not a brain cell needed to understand how to operate. Look, I'm not a hater of this group by any means. Quite the opposite. I applaud the effort of trying to learn a new skill. The most successful people fail the most times (knowledge bomb courtesy of photographer Chris Buck). Photography, as it is appealing and alluring to many chooses only few.

Now, down the other road are the ones who have weathered the storm and mastered that chunk of technology that lies in their hands. These are the ones who now have dreams of f-stops and big glass. These are the ones who embrace the exposure and tweak their camera settings with the speed and elegance of a classical pianist; fingers like a blur as they work the buttons and dials without a single look. These people have found their way and have put the technical in the backs of their minds and creativity on the forefront. At this point, works improve exponentially. And rightfully so, they have paid their dues and fought the odds against them.

Passing the point of mastering the camera comes the new world of strobe. Just when you thought you knew it all, now comes this whole new world of lighting. You thought you knew how tweaking the aperture would play on an image but now you find out it also works on effecting the strobe intensity. WTF? Yup, confusing but now you're hungry, you love the challenge of making new calculations. More knowledge yields more power and with that power the images will improve even more. Now, some will fear the light. In fact, many will curse the strobes and this group will label themselves as ambient only shooters. Again, this is A ok. Strobes aren't for everyone. Hell, at one point I hated strobes, then became obsessed with them, shooting nothing but strobe. Three light minimum was my motto. The obsession became an ugly addiction. Now, I found a happy medium and only light for specific situations, not everything. Having the most bad ass low light camera on the block doesn't hurt either (thank you Nikon D4).

After some time, the few chosen, the ones who have broken the barriers of exposure and strobes, those who have risen to the (near) tops of their games, become dangerously comfortable. Yes, I say near, since there is ALWAYS room to improve, no matter how good you think you are.

Getting comfy will likely produce a number of negative outcomes. First, creativity will stagnate. The hunger to create new and unusual will become less frequent. Next, you will, as a result of becoming stagnant, begin to loathe your works. This can be a deadly downward spiral. Be cautious to avoid these pitfalls. Creativity can be a bitch to embrace. Keep shooting and it will continue to grow with some stale times which is quite normal. It's when the stale to creative ratio becomes out of whack that you need to do some self inventory. It's tough to stay in this game. You must be shark-like, constantly moving forward or you will die.

Now, there is something less deadly when it comes to comfort but it can sneak in and ruin a perfectly good shot or shoot for that matter. This is the simple skill of paying attention. Comfort can cause this problem. Look, it's not going to ruin your career behind the lens but it will irk you from time to time. And, no matter how awesome you are, I promise, it will happen to you!

Recently, I had the opportunity to shoot this amazing man in his grandson's shop, in Lamberville, New Jersey. I was out and about that day, working on some street photography, pounding the pavement throughout Lambertville, NJ and across the bridge into New Hope, PA.

Both of these towns are super cool, little, old trendy places to spend a weekend afternoon. Cafes and artistic shops are abundant. Bikers, hipsters and artists find much sanctuary in visiting these towns as all races, ethnicities, religions and lifestyles, commingle as one big festive group. A perfect place for a photographer to create some work.

They day neared an end when I found my way into this architect's shop. I met the man in the photo whom I apologize that I cannot recall his name, while exploring his grandson's store that sells green and unique building products, exotic stone and masonry products, rare woods, etc.

The gentleman proudly spoke of his grandson's accomplishments. He soon thereafter, introduced me to the young grandson. I had the opportunity to shoot this younger gentlemen along side of his product line but my real desire was to shoot the grandfather. He was full of life and character.

Here's the scenario of what went down, how my comfort level nearly caused a photographic disaster.

On that day, I was only working with street photography. Minimal gear. No strobes. No Pocketwizards. One camera. One lens.

First order of business was shooting the architect in the poorly lit back area, along side of his product line. Luckily, I didn't need any strobe to get a proper exposure as the D4 can rock and roll at just about any ambient situation. I simply cranked the ISO and fired away. Noise on this pimp is so film like that it's scary. I used to hate and avoid noise at all costs. Nowadays, I welcome it. I embrace the noise.

I shot the architect and moved out to the front end of the store to work with the awesome grandfather for a bit.

Now, mind you, at this point, I left my attention span in the aisles with the tiles. Yup, I'm a poet and didn't know it. Ha. How many digressions is that for today? 3? Anyway.

I positioned myself, low to the ground to get a proper shooting angle with the man in the chair. Next, I directed him to look in my direction and to relax a bit. I then raised the camera to my eye and composed the shot. I noticed I was overexposed so I sped up the shutter until the meter gave me a proper reading. I wanted to shoot him wide open on the 24-70 so I left the aperture at f/2.8. Being comfortable with the controls I simply used my thumb to crank the shutter and not paying any attention to its speed. The meter was all I needed. After a few frames, I chimped the screen and saw some very useable frames. I then thanked the men for their time and parted ways.

Another alarm that I ignored that I should have paid attention to was the shutter speed. I mentioned that I simply eyed up the meter when dialing in. I ignored the actual speed of the shutter. How fast was it? 1/2000! Look, outdoors, that's just fine but inside, that would alert me any day that my ISO is waaayyyy to high. Working inside, in this ambient environment, I was shooting at 1/2000, f/2.8 and ISO 4000. Now, don't get me wrong, the I love the shot but take a look at the noise. I did mention the noise of this camera is awesome but for this shot it could have been easily reduced had I been on my toes. Had I been in this environment with a different camera, I probably would've crapped the bed and created a useless image.

What would have been better?

With my calculations of how I could have improved on this image, I found that I had 8, count 'em, 8 stops to work with to get the same shot in a noiseless fashion. If I split up those stops and drop the shutter and ISO, each by 4 I would be working at approximately a shutter of 1/125 and an ISO of 400. These are round-a-bout numbers but pretty close nonetheless.

Ok, I still got the shot. But again, had I not been working on the super awesome D4, the results could've been a disaster. Actually, let me reference the Hassey. Medium formats crap out past ISO 100. Need I say more?

The bottom line, don't get comfortable. Be a shark. Be deadly on point at all times and never stop moving forward. Learn from every single action and frame you take. More times than not, there will be something to be learned from what lies in that frame.

As for mistakes. Hey, they happen and they happen to the best of us. What will measure your success is how rare mistakes come across your table. A rarity, eh, it's cool. A frequent occurrence, get your effing head out of your ass and pay attention!!!