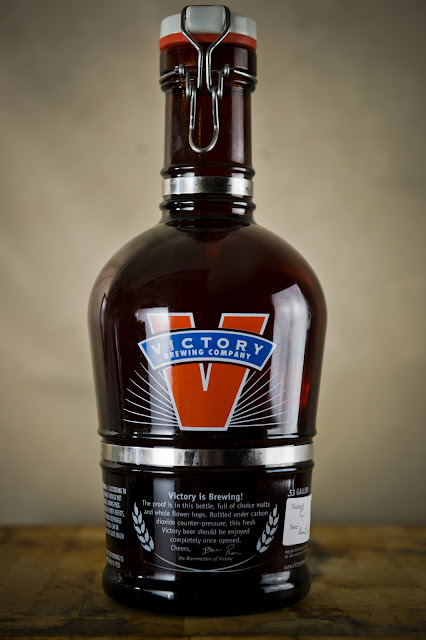 "I instantly became weak in my knees."

The Saturday afternoon was bright and sunny. The temperature was finally giving Philadelphians a sign of hope that spring had sprung. The streets were crowded with tourists, food enthusiasts, theater goers and most annoyingly, drunkards.

Whether from out of town or from local neighborhoods, the drunkards always rear their ugly heads at the first signs of spring. Often, they show up in pubs and eateries that on most occasions, would have never thought of crossing the threshold of such a nice establishment. It can get a bit irritating but who am I to complain? I love when the streets are filled with life. Intoxicated or not, it's nice to see that summer is on its way. And hey, I'm no stranger to a delicious adult beverage or two.

Hell, this is exactly where I'm taking you today, down the road to Utopia.

Rather than deal with the crowded watering holes of Rittenhouse, the wife and I opted to venture away from the chaos. Without a known destination, an adventure of sorts, we hopped in the Xterra and hit the road, westbound. Why westbound? I don't know. I feel that when the wife and I head out on adventures, we always tend to head Eastward, towards the shores of New Jersey. I felt we were neglecting our western regions, capable of being reached in a weekend ride.

There are towns such as Lancaster, Reading and many others that are just ripe for exploration.

Unknowing of our destination, we drove onto I76 west, pumping the sounds of The Lumineers, Mumford and Sons, REM, The Alabama Shakes, The White Stripes, just to name a few.

The interstate heading in both directions, into and out of the city, were a freaking parking lot. I, on this day, couldn't be bothered or frustrated about the situation. This day was stress free. I wasn't letting anything get in my way.

The exit to the Philadelphia Zoo seemed to pull lots of the traffic. The road eased up for a few minutes but it wasn't long until coming up on the Manayunk area that cars piled up once again. After slowly creeping to the King of Prussia Mall exits and the traffic finally came to an end. The Xterra was cruising at a comfy 80 m.p.h., well over the speed limit but I was letting her spread her wings a bit. You see, the SUV doesn't get tons of highway time, mostly stop and go, the truck barely gets to 25 m.p.h by the time another stop sign or light halts the vehicle. City driving will be taxing on most vehicles. Getting the Nissan out to stretch her legs would do only good to the engine.

About 30 minutes into the scenic ride, we decided on a destination; Downingtown, Pennsylvania.

What thing of significance has drawn me to the rural city of Downingtown? It is the home of the Victory Brewing Company. More than just a local microbrew that has been growing at an exponential rate in regards to sales and varieties, Victory is one of my favorite brews. How dedicated and how much to I truly love Victory products? Well, for one thing, you can arrive at my home on any given day and find at least one Victory product in the fridge. Need I say more? Oh, my Victory goto beer? The Golden Monkey. "Respect the monkey," is one of their slogans. Have a few and I promise you will quickly understand how that phrase was born.

As I turned the vehicle onto the property of 420 Acorn Lane, Downingtown, PA 19335, I instantly became weak in my knees. Seeing the tall white silos behind the facility made me awe at the fact that that is where the fine ingredients of the Victory beers I enjoy so much, begin their journey, whether they are carrying hops, barley, wheat or whatever, those terrifically tall silos are where the birth of a beautiful microbrew begins.

I excitedly parked the vehicle and anticipated what could be one spectacular mission, seeing what goes on behind the scenes of the Victory Brewing Company. Stefanie and I just about ran up the stairs towards the entrance of the brewpub, through the clouds of fruit flies that were already abundant on this first springlike day. Typically, I'd have been super annoyed about the critters but on this day, I hardly noticed their presence. Funny how mood can affect behavior so much.

Greeted by a hostess, we inquired about a tour of the facility. I was unprepared for this gigantic kick to my balls.

Ok, deep breath Michael, deep breath. Stay calm. Nobody to blame here but yourself. The internet was available in many different forms that ride out to Downingtown. There were, count 'em, three iPhones and an iPad with MyFi ready to fly.

As reality set in, I became surprisingly calm. No big deal, I told myself. It was still super cool to be at the factory and we had some options. We could have eaten at the brewpub, shopped at the retail store or taken a seat at the bar for a few rare brews.

We were neither hungry nor ready for adult beverages. The option? Explore the retail store.

To my surprise, I learned some things about the Victory Brewing Company that I'd never have known in a thousand years. 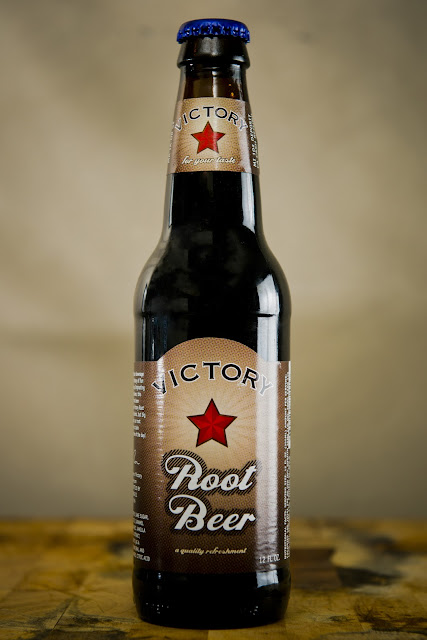 I've never seen the stuff in stores and the store employees, by the way, who were both super informative, explained that the root beer is sold primarily at the factory. I'm sure it's sold elsewhere but never in a distributor that I've been to. A rare find. Must purchase.

Now, before entering the establishment, I was noticing men, carrying large, empty, Victory bottles. I had to inquire.

These large vessels (first image seen above) are in fact called GROWLERS. The are glass, metal handled and they seal on top by a ceramic locking lid with a rubber seal, keeping the beverage fresh.

The growlers are sold for about 15 bucks a pop. Once purchased you can get if filled with a brew, or mix of brews, of your choice. The cost of filling the growlers is very reasonable as compared to purchasing cases or six packs of each brew. Once owning the growler, you can take it in the Victory Brewpub at anytime to get it refilled with whichever flavor you are yearning for that particular day. Must purchase growlers.

Ah, but what flavor to put in the growler? It made most sense to purchase two, one for the wife and one for myself, each with a brew that NEVER available in stores, only on select occasions, on draft, at the factory's bar.

Once getting the growler sealed, it is said to stay fresh for about a month. Once you open that seal, the lifespan drops to about a day or so. Bottom line? Once you open it, be prepared to share or indulge as it holds 0.53 gallons of beer, just shy of sixer.

Learning about some of the rare brews, I opted for the Kennett Ale, an ale similar to the Golden Monkey but not quite as sweet, with a ABV of 8.6%, right up my alley.

The wife, on the other hand, opted for the CBC Blanc Session Ale, a hoppy yet lighter ale, more potent than most lagers but still smooth regardless of the hoppiness.

Together, the price to grab two growlers and have them filled was $53.00. I gave the bartender an even $60.00 and told him to keep the change.

My purchases/education didn't stop there. I'm ANTI souvenirs. But for some reason, I couldn't leave the brewery without a Victory T-shirt. Black with bold white print, "RESIST PROHIBITION." Centered is a hand holding a bottle of Victory beer and flying a victory sign with two fingers positioned in a V formation.

I was immediately intrigued.

Turns out that, as long as you buy any "cork and caged," high octane, bottle conditioned Victory brew, that you can store and age at room temperature as you would with a fine wine. Bring it on baby! Guess what, my ass will be aging a bottle this week, bet on it.

I was informed that the taste will begin to significantly change beyond six months of storage, becoming smoother and creamier.

Legend has it that on man aged his Monkey for over ten years. The word is that the flavor was out of this world.

Must age "The Monkey."

Sadly, I left the beautiful brewery.

The sadness only lasted a few minutes as I decided to do some product photography of the fine products I had just purchased. 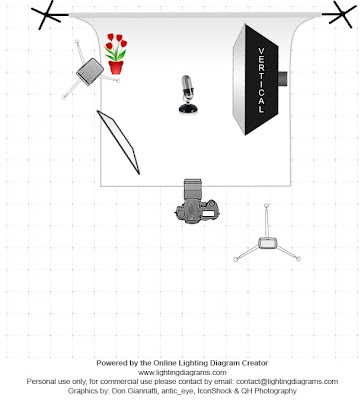 Once getting back to the digs, I immediately began to prep for the shoot. I wanted to do a shot of the growler and the root beer, individually. Um, obviously right? You are seeing both of them herein today. I can be such a dolt. I crack myself up. Anyway, I digress.

I want to keep the breakdown short and sweet. No bells and whistles, just the down and dirty, how I shot it, how I lit it, how I processed it, bang, done. Cool?

Ok, take a look at this lighting diagram powered by the wonderful people at the Online Lighting Diagram Creator.

By analyzing the diagram you can see that there are four light sources being produced by three strobes.

Each light has a very specific duty for this shoot.

I built my light from the back and working inwards, toward the camera, one strobe at a time.

First is the background light. For this I used a bare speedlight firing through a vase full of decorative twigs. This added the texture to the wall behind the product. The twigs acted as a cookie or cucoloris. Confused? Ok, I'll give more detail another day about the cucoloris. I've written too much already.

The second light is the softbox at camera right, a Westcott Apollo. This is giving that distinct, window-esque light coming from camera right.

The third source of light is not an actual strobe but a reflector at camera left. I brought this in to add some specular to the opposite side of the bottle(s) as without it, seemed a bit dull.

Finally, just behind me, camera right, I aimed a bare speedlight into the white ceiling to fill in and add detail to the image on a global level.

All strobes were powered via Pocketwizard Plus ii transceivers. I <3 p="" pocketwizard="">
All in all I shot about 20 frames of each the Victory Root Beer and the Victory Growler.

For post production, I simply worked the files primarily in the Adobe Camera RAW editor. For those who opt for Lightroom, the ACR editor is very very similar. I just prefer the ACR editor.

My edits were very basic. First I bumped the Kelvin temperature to get a warmth that I hadn't gotten from the unedited RAW files. Next, I took down the recovery a bit as those specular highlights were a bit clipped. I then worked the fills and blacks and finally bringing in a bit of vignette.

Time for the growler of Victory Kennet Ale.

Oh, any questions regarding the shoot or the brew, don't hesitate to comment here or shoot me an email at michael@michaelanthonymurphy.com