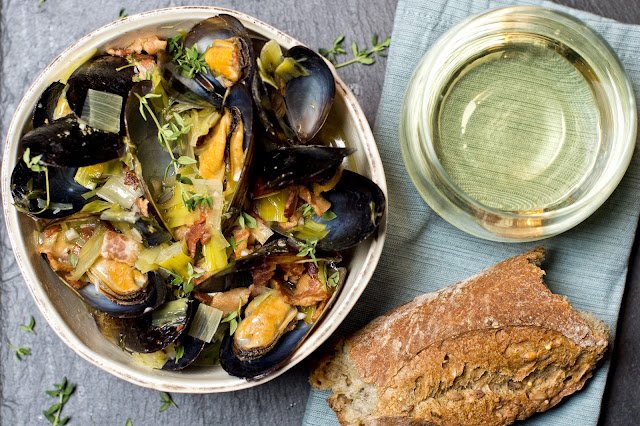 If you stopped by a couple weeks ago, you would have read about my latest love for creating beautiful food photographs. I explained that this is not in any way a transitioning away from shooting people. Is this simply an addition to the portfolio? Yes and no. Lemme' explain.

As the weather began to turn for the worse, winter's arrival, just a few months ago, my shooting tends to take a period of slow down. Not a recession, a slow down. The lull does not arrive unexpectedly. Rather, old man winter is often a season that I am able to regroup, rediscover my inner self and dig deep for further creativity. Why the slow down? Well, much of what I shoot is on location, outdoors. People have a hard time looking awesome while trying to pose in frigid temperatures. If a shoot cannot be pulled off, indoors, in a studio, they are often pushed until the weather begins to break. I don't mind shooting indoors whatsoever but I much rather take the subject/model/client to a new and exotic location, even if that location is a mere ten minute drive from home. So, as the work load lightens, my time frees up but instead of sitting on the couch watching reruns of Seinfeld, I become proactive.

As I mentioned, digging deep inside is one of my priorities during the winter. I critique my work, go through files to see if there are any missing gems that I may have missed. I go through the edited files and see what I once thought was a masterpiece and today I feel is garbage. Oh, that happens more than you may think. And fear not, if you find this happening to you, it is a good thing. It is a great indicator that work is improving, frame by frame.

Besides the critiquing, I really just try to empty myself of any undue mental burdens. The winter months are time for recharging the batteries.

The final and most important job to do during the slow down, cold days? Shoot!

As a photographer, it is uberly important to progress, to hone and meticulously identify your strengths and weaknesses. Find a strength and make it stronger. Find a weakness and focus until you are weak no more. Shoot, shoot, shoot. Practice, practice practice. I can't emphasize enough the importance of getting that camera out and creating images. If you leave that camera in its bag, only to collect dust, day after day, I promise you, you will take two steps back. Regression is your biggest enemy in this field. The rest of the world is going forward. The moment you stop, or even slow down for that matter, is the day you lose the race. Clients will have zero tolerance for your excuses of why you didn't nail the assignment. Fuck up a gig for a big client and I promise you that will be the last time they ever call you. So, keep that camera with you, keep shooting, keep improving.

That motivational part brings us to where we are today, food.

I do practice what I preach. This winter has found me a path that I once never thought I would travel. Food photography. Yes, it has slammed my world like an enormous avalanche. Sure, I've worked with food over the last few years but it was never anything too crazy. A simple setup, a simple shoot here and there. In my opinion, nothing awe inspiring. But boy has this winter changed my view, actually, my vision.

The Lull Has Opened A Gigantic New Door

At some points I used to look at practice as just practice. I would set some strobes up here and there and take some random photographs of food, of whatever, seeing how the light would fall on the subject, to see how the Inverse Square Law worked in practical applications. Sometimes I would find an image I liked, sometimes not. I enjoyed the practice nonetheless. Ah, but this winter the magical new door opened. I don't know which dish I was working with but whichever culinary masterpiece it was, changed my world.

I had fallen in love with working with food. The challenge with food was much different than that of humans. With humans, you often direct with your mouth, explaining what you want from a subject. With food, the direction is with your hands and feet. You must move around the food and move the food around you, until you find the "shot." Sure, with people we also move our feet but with food, I've found the interaction to be much more hands on.

The Majority Vote Is Against Me

As I want to run from the rooftops, professing my undying love for food photography, those in their lofty seats would shoot me down. I'm known as a portrait photographer, a people portrait photographer. That's my niche. That's the path I should continue to become the master of my domain. Working in two or more niches is frowned upon in this super competitive industry.

You know what? To some extent I agree with those who frown upon photographing outside of your niche. I mean, I don't think it would be a wise marketing move for a photographer that shoots nudes to have a website with a portfolio of nudes and another portfolio promoting that they also shoot children. That would be a little weird. Wow, especially if they were even the slightest bit sexual in nature, the nudes I mean. Wouldn't that website be as creepy as hell? Funny thing is, there is probably some dolt out there in the internet that has a site just like that. I can't wait to see their mug on CNN! I digress.

I'm looking at this from a different perspective. At first I thought the idea was ludicrous but after careful thought, research and inspection, I believe I can pull it off. A friend of mine, one who has recently inspired me, and if reading, they know who they are, helped me to see the light, to see that my two niches, food and people, can live under one roof.

So, without further ado, I vow to make it happen, to make my images of people and food to be united to live harmoniously and without any confusion. Think about it. What else is there? What is necessary for our survival? People and food. If there was only one human on the planet, that one person couldn't procreate and humanity would end instantly. Without food, the same outcome. Maybe I'm reaching there a bit, going a bit stoner (and I'm no stoner) on the topic but I'm just trying to get you to understand my vision.

Currently, I've been in the process of re branding my photography business. The new site should be going live by next weekend. Right now, I'm in the process of building the portfolios, layout, etc. It was over the last week that I had come to the conclusion that, yes, the site will feature humans and sustenance.

I will share the new site address as soon as it is ready to go live. Stay tuned...

Finally, It's Time For The Photograph

Look, sometimes I just have to vent. A catharsis from time to time is a healthy thing. If you skipped down to this section, I don't hate you. Sometimes (often), I can get off track, just as I was about to do again, just now. On with the food.

This image I created last night. I'm not sure of the exact preparation of the food but I can share with you the ingredients I am familiar with.

What you are seeing is, as the title states, sauteed mussels in white wine with leeks, thyme and bacon. The mussels were served with a side of multi-grain or whole grain bread, I'm not 100% sure which, from Metropolitan Bakery. Along with the mussels and fresh baked bread, was a nice glass of dry chardonnay.

I couldn't have pulled this shoot off without the help of my wife, Stefanie. She's just awesome. Not only did she work as the chef, to prepare everything, she worked on presentation and also served as my VAL.

The bowl for the mussels is from our Crate and Barrel set. If you look closely, you can see that the bowl is not perfectly round. The wine is served in a stemless wine glass and the bread on a cloth napkin. All of this finally placed on a granite slate that we often use to serve hors d'oeuvres.

Every component of the meal has a specific purpose. I wanted to show lots of texture and layers in the final image. The bread, on its own, is exploding with texture. The contrasting napkin lends to compliment the bread. The smooth wine glass and sharp, yet colorful mussels all just play together so nicely. The granite slate just adds lots of layering and texture to the entire composition.

Lighting would play a ginormous role here. This is were the Strobist code comes to play. I didn't have a large, sun filled window to work with. The answer to that problem? Off camera flash. Strobes. If you tried to light this (go ahead, try) with an on camera flash, you will layers, layers of crap! The image would lack the texture, color and just about anything that makes this what it is. I know many of you whip out the iPhones in restaurants. Amazed by the presentation you take lots of photos of the food, thinking it will look as if it should be on the cover of Bon Appetit magazine. Unfortunately, the image looks like a dark mushy mess. WTF, you say to yourself. Right?

You think that itty bitty light on that phone will be of any quality or quantity for that matter? That light is good for finding your keys in the dark, that's about it. For flash purposes, useless due the fact that it has no power or size and it's duration sucks.

For work like this, real speedlights or monoblocks need to be used. I opted to use a Vivitar 285hv, modified by a 28 inch Westcott Apollo. I directed my VAL to hold the light above, slightly left and slightly behind the food, allowing the light to rake a bit, creating dimension and bringing out the texture of each element. The large modifier helped to make the shadows beautifully soft.

To trigger the strobe, I used my trusty Pocketwizard Plus II transceivers. I <3 p="" pocketwizard="">
As for camera and lens choice, I worked with my Nikon D4 and Nikkor 50mm 1.4G.

My exposure settings were as follows:

ISO 800 - I would be working with a larger DOF and didn't want to work the strobe too hard.
Shutter 1/80 - Just enough to give me a dark frame given the ISO and aperture.
Aperture f/5.0 - For the less shallow DOF.
Strobe 1/4 - From about three feet above the subject, perfect illumination with no clipping.

The meal was superb and I was super happy with the final photograph. BTW, I even drank some of the leftover juices, straight from the bowl. Classy right?

Stay tuned, because there will be more food and more people. I promise.