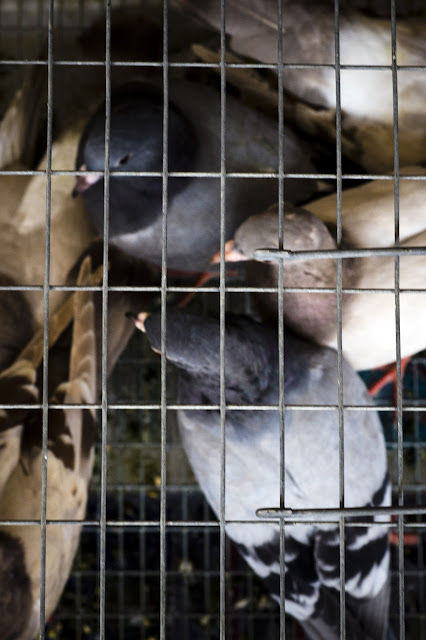 If you're a regular reader of the blog you may have noticed that I've missed writing a post here or there. Or, on the other hand, you couldn't give two shits if I miss a week of posting. I'm hoping the later isn't the case and if you are part of the former, please allow me to explain.

Typically, I write a blog post every weekend, no matter what. There are lots of readers and I do my damnedest to produce new photography and an interesting story/tutorial to go with it, week in and week out. The blog now has been active for 2+ years. A monster I've created and one that cannot be stopped. Fear not fellow people of the blogosphere, I'm here to stay and promise to bring with it, many more interesting stories about my journey on this planet as a photographer.

So, why have I been slipping? Well, I don't think I have. There are a couple reasons to justify my statement.

First, I'd rather qualify my posts rather than simply quantify for quantity's sake. Huh? Look, on more than one occasion, I have sat down at my computer, with nothing but crickets chirping in my brain and I'd still spew out some garbage, with total disregard of quality, just trying to make my weekly quota of postings. I've since came to the conclusion that this could and would hurt the blog more than anything. SEO experts would disagree, stating that consistency is the most important factor for traffic accumulation in the maintenance of a blog. In the past I used to read and write according to SEO advices. Over the years of writing I have since ignored many of these theories and instead decided to simply post when my heart tells me it is time. I have thousands and thousands of photos in my archives. Trust me, there is no shortage of images to post and teach about. Somedays I just don't have it in me to write about anything and decided it's best to stay away from my keyboard on those days. SEO? blah! Since ignoring their practices, I can say that the blog has never been better, in terms of visitors and rankings.

Second, projects have been keeping me extremely busy. No excuses here. As a photographer, I'd rather be out shooting or working on projects. Without those, this blog could not exist. What projects do I speak of?


The biggie on my list, which has grown wings and taken off, is the short film. Since conception, I've been putting all of my thought and time into bringing this film to life. Recruiting crew members, actors, writers, composers and even equipment is no easy task. The latest mission in relation to the film was location scouting. Together, the screenwriter and myself hit the road, trying to see how close our mental images of the film actually are. Needless to say, we need to work on narrowing our visual gap. No problem as Edward Campbell, the screenwriter, and myself seem to have lots of chemistry and passion for bringing my story to life. More on that later.

Just as important as the film project, but much more frustrating, is the building of my new website. Soon, when you arrive to this blog, you will be redirected to my new CMS. Nothing against blogger but as my client base has been expanding, I feel that I need more than just a blog. A proper portfolio based site is what I'm developing. Problem is, my frugality. Being a super nerd, I have been telling myself that I can build the site, on my own, with no help. I know a tiny bit of coding, less of CSS. Basically, any building I've done has been through trial and error. Fact of the matter is that it's much harder than I thought it would be. I will give it some more time but my patience has been wearing thin. Bringing in a pro to develop the site is becoming more and more a reality. Is a site really necessary? Annie Leibovitz doesn't have a website. She's not on Facebook or Twitter or Google+ for that matter. So how does she get the work that she does? Well, she's Annie Leibovitz. Michael Anthony Murphy needs a website. Michael Anthony Murphy doesn't hang out with The Rolling Stones. Michael Anthony Murphy doesn't shoot for Louis Vuitton on a daily basis. Michael Anthony Murphy has to work for his work. Annie Leibovitz, on the other hand, has been shooting rock stars and the world famous longer than I've been alive. Annie doesn't need a website.

What The F%@k Does This Have To Do With A Photo Of Birds?!

Many have asked me how I come up with the content that I do. How do I have so much to write about all of the photos I post?

A picture's worth a thousand words right? Cliche? Not really. As a reader or admirer or hater, for that matter, of my images, you can come up with your own thousand words about the photo. That's all and good. What I like to share is the BTS story, that which goes unseen. I like to share the good, the bad, the dirty, the ugly, the sweat and the tears of what I often go through to make some images. Along with the story, as you already know, I share my nerd files, the geek-a-licious information of how to create certain images. The combination of some entertainment and nerdiness is my end goal here.

Many days, before writing a post, I go through my photo library, thinking about which photo I should choose to write about. Sometimes the decision process is fast and easy. I usually like to write about newest shoots, as the stories are so fresh in my brain. Sometimes I decide on one from the archives. But how do I choose? What happens when I'm scrolling through thousands and thousands of images, is that one of them will stop me dead in my tracks. I immediately recall the days events leading up to and after the instant the frame was captured.

This is exactly what happened today when I sat down to write a post. Initially, I was going to write about something totally different. When I came across this image, I knew I had to write about it. It's not a photograph that will end up in my portfolio or hanging on my wall, for that matter. So why is it the chosen one? Do you see what I see? Let me guide you through that day's occurrences.

It was a warm day in August. I had to meet with director/producer Karol Escobar, regarding some still photography work I had to do for her film, "All Hallows' Eve." We were to meet in South Philly. On most days, lazy me, would have hopped in a cab as the destination was about a mile and a half from my digs in Rittenhouse Square. Shockingly, I decided to take the walk and while walking, capture as much interesting street photos as possible.

Walking from Rittenhouse to South Philly will bring with it the sights of many interesting people and places. You just have to know which streets are filled with the most interest. Closing in on the neighborhood border, I decided to head down to the Italian market. The Italian market is a stretch of famous butcher, cheese, fish, veggie and other fresh food markets, as well as some awesome restaurants. The dividing line is Washington Avenue. Most of the original remaining grocers are on the north side of Washington Ave. On the south side there are some scattered originals but mixed with those are some newer Asian and Mexican storefronts. I decided to find some interest along the south side as the shops on the north side have probably seen more cameras than I have. With Rocky Balboa bringing increased fame to the Italian Market, many tourists make it a point to grab some snaps of the famous stretch. I went for the road less traveled.

Along the block there are Mexican music shops, international cell phone dealers, T-shirt vendors and more. All of these storefronts covered as they have most of their inventory out front for passerby's to take notice of. I'm not being pretentious or a snob by any means but most of this stuff is crap. I think there's even one shop selling VHS tapes and low res televisions. If I'm not mistaken, I think I even saw one of those TV/VHS player combos. Remember those? Jeez, they were junk from the day they were introduced.

Further down the street I noticed the cages. Piled high to the ceiling were imprisoned birds. Many were baby chickens and other species that I could not identify. Funny thing about it was that If my memory serves me right, the store that was selling the birds was not even a pet shop of any kind. I actually think they may have been selling T-shirts and birds! Look out Wal-Mart!

I was going to capture some store workers or some wide shots of the sidewalk displays. As I was strapping the 85 to my camera, I noticed that some of these cages were loaded with pigeons!!! Yes, that deserved a triple exclamation. Pigeons for Christ's sake. What the eff are people buying pigeons for? Hmmm. Let's think about this scenario.

Do pigeons make for cute pets? Umm, no. Can pigeons be trained to send miniature messages, hung around their neck, around the globe? Umm, yes. Thinking about the fact that these vendors are selling VHS tapes and 8-track players, I'm guessing their clientele is not too internet savvy and still uses messenger pigeons to communicate long distances. Ok, that was mean but I think I'd be happier to accept that reason than what I think the real truth is.

Why would this Asian storefront be selling caged pigeons?