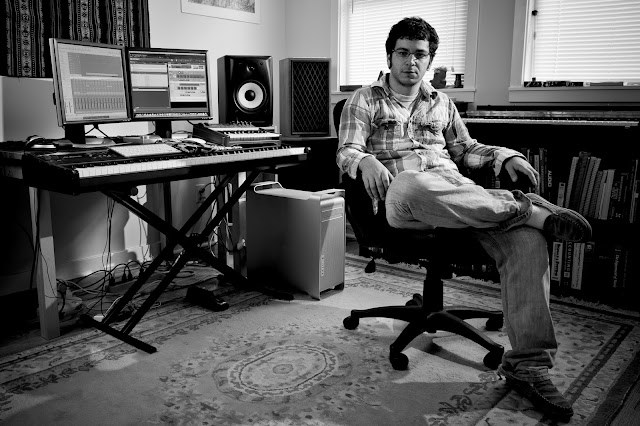 The business of photography can be quite tricky and difficult, to say the least. Multiply the fact that photographers are typically right brained individuals (artistic) with the fact that the business side of photography requires left brained (logical) actions, the result that often occurs and often drives photographers to seek other work is, failure. To achieve a happy balance of artistic talent and savvy business sense requires a delicate dance that cannot be ignored in this creative realm.

As creatives we all want to push the business to the back burner and simply shoot away, making art for the masses to adorn. A few years back, when I first picked up a DSLR, I had no idea that soon thereafter I would be commissioned for gigs that paid and paid well. I was a victim, being overpowered by my wanting to create. I had no sense of how to develop contracts or properly bill for my work. It was an absolute struggle. Even worse, I'm quite evenly balanced with my right-left brain power. In fact, I have spent some time in life when I put my creativity on hold to go after what society deems more acceptable. I studied and studied math and sciences, throughout my years in a highly ranked university. There was a nagging feeling of loss, leaving my artistic skills in the dust. I digress. The point I'm trying to make is that, today, with my creative juices flowing at full speed, and an analytical brain that has been thoroughly educated, I still have an adversity towards the business end of the photographic world. No excuses here, an adversity, sure, but that hasn't stopped me from learning every in and out of how to better serve a client. With that comes sales, marketing, branding and other small and large details that help land you a proper client. Hell, this blog and writing in on a consistent basis is one of the many variables that keep the machine moving and moving that machine takes constant upkeep and maintenance.


As usual, I have seemed to get off track a bit. I mention the business end not only to mention big ad words such as marketing and branding but to speak of a phenomenon that can only be discussed in any forum, or classroom for that matter. Something in the business world that is priceless, once the ball begins to roll in the proper direction. Something that if all other elements of your business model are correct, that this will ultimately bring you and your camera, a world of happiness. What is this thing?

In my opinion, word of mouth can be more powerful that any website, any social network, any blog. There is one little matter of importance to make word of mouth help grow your business; YOUR WORK CAN'T SUCK!

Do some Google searching. Photographer or not, you may be very familiar with the work of Annie Leibovitz. She shoots for major publications such as Vogue and high end retailers like Louis Vuitton. Now, once you have Googled her, take notice, do you see a website? Nope. A Twitter page? Yes, with zero tweets. A Facebook page? Only one that someone created in homage. So how does she land such big gigs? First of all and most importantly, her work doesn't suck. Second, her business is run like a well oiled machine. Ah, but that word of mouth. In the world of photography, Annie Leibovitz is a household name. Her work stands the test of time. Many photographers are a flash in the pan, a one hit wonder, but Annie continues to put out amazing work, year after year.

From my own experiences, I have found that different people in my networks have landed me many different gigs, all connected in their own ways. Six degrees of separation if you will. Let me share one connective example. A short anecdote of why your work needs not to suck.

about 18 months back, one comedian, Andy Moskowitz, who was working closely with my wife, was in need of some new headshots. My wife had shared with him some of my work. Soon after, I had booked him for a shoot. Knowing that this work would be seen by many, many in the entertainment field, I knew I had to nail the shoot. Now, this is not to say that I wouldn't nail it for any other client but this one was lying heavy on my shoulders. As photographers, we all have our good days and bad. There was no room for error on that particular day with Andy Moskowitz. I sighed with relief when Andy told me that he loved the images.

Some months later, I was contacted by Andy, about a possible advertising shoot. A promo shoot for a theater company that he had connections and had collaborated with. The show, properly called, "Bye Bye Liver," is a nationwide show that is a comedy that takes place in urban saloons. A drinking play, as they call it, is one of the interactive types. The cast plays along with those in the bar who have already "had a few." Andy shared with me, a contact, Jordi Wallen, who would assist in making the decision of which photographer to commission for the shoot. I shot Jordi an email, introducing myself and attached a link of my work, for her to see. From there, she forwarded the email to her superiors who would ultimately have the final say of who was going to land the gig. I have no idea how many other photographers were prospects, nor did I want to know.

It was only a matter of a couple days that the higher ups had contacted me with great news, the gig was mine.

I searched around and checked out the works that photographers were doing for the show in other cities. Their work was good, excellent for that matter. The Chicago shooter, if I remember correctly, was pretty awesome. Well, my goal was to crush the competition. On that cold winter night, I barely showed up as I was doped up on Day-Quil and Thera-Flu. Yep, I was sick but a reschedule was not an option as the images were to be ran in that weekend's Philadelphia Inquirer. Barely able to trip the shutter as every bone in my body ached, I found the strength, deep inside, to overcome any thing holding me back, regained focus, found the zone and the shoot began. You can have your hammer back because I nailed it.

Just a few weeks ago, I received an email. One from an Avi Lasser. Avi introduced himself and explained that he was part of the "Bye Bye Liver" theater company. Avi, the musician of the show, had branched out and began his own music production company. He was in need of some updated photographs for marketing and web purposes. Avi stated that he like the images from the bar shoot. I was humbled by his compliments.

Last week, I found myself setting up strobes, softboxes and the likes, preparing to shoot with Avi Lasser. Before shooting, and while sharing some excellent conversation and some black coffee, Avi began to play his music. I quickly obtained some exposure readings from the room while thinking how incredible his talent was and how thankful I was to have had the opportunity to work with him.

I had initially planned on writing about my entire experience with composer, producer, music director, Avi Lasser but ended up a bit off tangent. It happens. Once writing today, I thought It would be important to emphasize how essential it is to put out great work, to not suck. Rewind a bit. Had any of those shoots been a miserable failure, the network chain that was created back with Andy, would have been broken.

Over the years I have built a few different network chains, link after link connecting in their own unique ways. I cannot stress enough the importance of putting out awesome work for these clients and beyond that, maintaing the relationships within those networks. While talking with Avi, I realized that we had many things in common, similar thought processes if you will. More than just building a new business relationship, a new friendship was created. I'll say it here and now, this won't be the last time you will read of Avi on this blog.

Coming soon may be the BTS experience of the Lasser shoot. I'd like to get down and dirty of the ins and outs of lighting for this editorial shoot. I stress the word may. Who knows, I could write about the tech details of the shoot or like today, I can end up somewhere random. Hey, that's just how I roll.