mayhem at the mcglinchey's (part two) 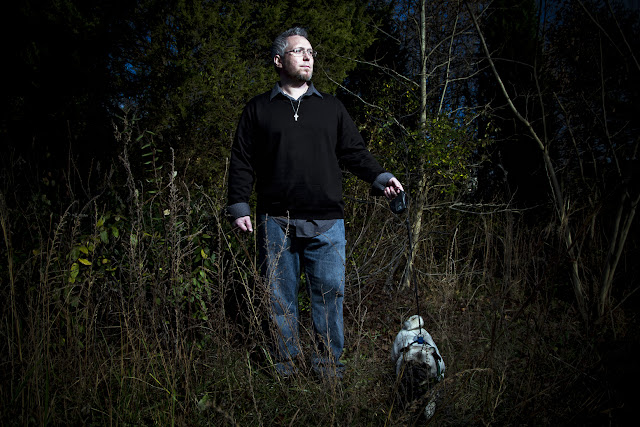 As promised, another installment of "mayhem at the mcglinchey's." The day was nothing less than unique and that's being modest.

If you read the first installment [here], you will find that what photos I am posting have very different styles to them, which gives me the creative license to post about the wonderful family, more than once.

Ah, the holidays have arrived and as expected they have not let me down thus far. Christmas has come and gone about as smoothly as the day I ran out of toilet paper and had to use sandpaper as a alternative. I recently explained [here] that Thanksgiving was nothing more than a pre-game warmup to the big holiday show. It was a practice, of sorts, to prepare for the holiday stresses, arguments, brawls, laughter and crying. I entered the big game, Christmas, fully prepared for any blitz that would come my way. I was aptly prepared to maneuver, bob and weave around any sneak attacks that I could foresee. Sure, there were some casualties along the march towards the end zone but that's all part of the game. I too was knocked down but made it a point to get back up, fight the good fight and endure the holiday madness as I watched the hands on the clock slowly tick away.

The insanity finally ended and I was able to crawl up onto my couch at the end of three day debauchery. I opened a fine belgian ale, heated up some tasty leftovers, queued up Christmas Vacation on the DVR and slowly drifted off to a deep peaceful sleep while watching cousin Eddie as he announces "merry Christmas, shitter was full!"

Another year begins to wrap up. I can only imagine what 2012 will bring.

Today is the first day in over a week that I actually had some time to sit down with a nice cup of joe and focus on the blog.


Hey, I had to vent a bit, that's just what I do. If you wanted pure nerdilicous info about photography, you are in the right place. The cost of entering my world of technical knowhow just happens to be that of enduring a taste of my lunacy. Not a bad tradeoff, in my opinion anyway.

So, where did I leave off last time with the McGlinchey family? Ok, in that [post] I was able to share with you how I created a chaotic scene using some gelled strobes mixed with a little creative thinking. The photo herein is a complete 180, as compared to the other. The [other] is crazed and kooky, while this one is a bit more on the subtle side, with my own twist of course. 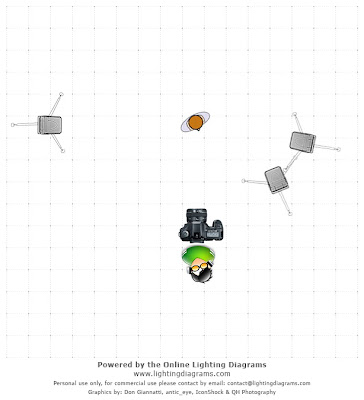 You wouldn't know it by looking at it but the photograph of Jimmy McGlinchey and his dog, Hojo, was in fact a happy mistake, of sorts. It won't be noticeable to the untrained eye. To get your eyes trained for photography, it is a great idea to learn how to reverse engineer photos that other photographer's produce. More specifically, try to reverse engineer their lighting scenarios. I do this so often that it has become a somewhat obsessive behavior. I know I've discussed the practice of reverse engineering in other posts, so I'm not going to go too in depth. Basically, reverse engineering light is to look at a professionally lit photograph and really really study it. For instance, take a fashion magazine and study the cover. With some practice you will be able to deduce how the shot was lit. There are plenty of clues, such as, catchlights, shadows and highlights. Those traits can tell you how many strobes were used and even more specifically, what types of modifiers were used with each of the lights.

Now that you had my quick refresher course on reverse engineering, once again, look at the photo of Jimmy and his dog. Now, take a look at the fancy schmancy lighting diagram that I've created for you. Study the diagram for a moment. Think about the strobe placement and how that would look in the final photograph. Once you think you've really nailed it, study the photo once again. Can you see where the "happy mistake" occurred? Take your time. Think about how light will hit the subject in relation to how they are positioned in the scene. Ok, the diagram isn't to scale but you can still hypothesize the outcome if you have a keen understanding of light.

I will take you through now, step by step, what happened during that particular frame.

1. We arrived on location, a heavily wooded trail leading towards who knows what in God knows where, New Jersey. I was trying to scout out the location and decided that it would be wise to drive my SUV up the trail. Not a problem, I just throw the truck into 4WD, cross my fingers and continue on until I find a suitable shooting location. The muddy ground was no match for my vehicle but the tree branches told a different story. Boy was I pissed after seeing how many scratches some random tree branches could produce in such a short time. Oh, well, small price to pay when producing art.

2. I threw the truck into reverse after finding the perfect location (the process probably would have been much easier had I got my lazy ass out of the car and searched the area on foot, oops) and backed out to safer, drier ground.

3. With the help of Jimmy, we carried the location equipment towards that magical spot that I had found. Along for this walk would be three lightstands, a 7d with a couple of lenses, three strobes, Pockewizards (I bought my Pockewizards some wonderful presents this holiday season. I <3 you Pocketwizard!), one 60 inch convertible (silver/white) brolly and all other necessary accessories. I didn't want to haul too much gear down there as I wasn't too sure where I would store everything. The vehicle wasn't too far back. If I needed anything else, I was able to run back to the truck to grab more gear.

4. The rest of the McGlinchey family stayed in their vehicle. It was very cold outside and I didn't want them standing around as I prepared the gear. I was beginning to become jealous of them as they sat in their heated car and I fumbled around with cold metal lighting equipment while avoided the slippery, muddy and unpredictable grounds.

5. Jimmy, a better man that I, thought it would be a good idea to inform the nearby homes of what we were doing. I advised against this. I explained that I liked the location and didn't want any cranky homeowners to tell me I had no business there. I explained to Jimmy that this wouldn't be the first time I would shoot in a risky location. All part of the game. It was highly unlikely that a permit could have been obtained for that location and I wasn't about to try. If the law man decided to rear its head, we would have just had to pack up and play dumb. The later seems to work wonders.

6. Before dialing in any in camera exposure settings, I went to place strobes in some rough locations. I attached all appropriate wires and Pocketwizards, set the speedlights to some rough power levels and headed back to where I would be shooting from. I mention the word "rough" meaning that I had eyeballed the ambient levels and threw the strobe distance and settings to where I believed were pretty close to where they should be. Once you've been lighting off camera for some time you start to get a feel for these things. The inverse square law becomes as easy to understand as your ABCs. I can usually dial in a proper flash to ambient ratio within a stop or two. The rest I usually tweak in camera with some quick changes with shutter, ambient and/or ISO.

7. Needing a subject to tweak my settings, I had Jimmy and Hojo stand in as my temporary testing subjects. While having Jimmy stand awkwardly for a few minutes he decided to pose, improv style. I took full advantage of the situation (hint: photo shoots should have some level of fun). I began to fire away as I took some readings of my histogram. Exposure was pretty damn close. Needed only to stop down on the aperture a bit to get the clean histogram.

8. I'm thinking I've now given enough time to figure out what I did wrong while comparing the image to the diagram. The only reason I say "wrong" is that it was not as I intended. The end result was and is fantastic but I'm just using the word "wrong" for the continuity of the post. While studying the diagram you see that I had setup three bare strobes. Two were used up front as the key light. The strobe at far camera left was the kicker or rim light. Here's the kicker, the kicker didn't fire! No equipment malfunction or anything, just user stupidity. Yep, I forgot to power up that particular Pocketwizard. Dope! If you have honed your reverse engineering skills, you can see that in the main image, that particular style that a kicker would provide, is missing. Again, not a big deal since the end product is good.

9. Preparation is an important part of every single shoot. Think about it. I had envisioned a certain style of light for the shoot and would not produce less (unless of course, I had to). The prep time with Jimmy and Hojo allowed me to catch the "mistake" before getting the entire family in position.

10. If you are wondering why I don't have a shot of the duo posted with the kicker light, the reason is that I simply preferred the shot you are seeing today, the happy mistake.

To anyone who figured it out, congrats! I will send you a super surprise prize. Simply send provide your email in the comments section and I will handle the rest. Wait, do you really think I'm that dumb?!

Until next year (only a few days away, chill out), farewell and good night...