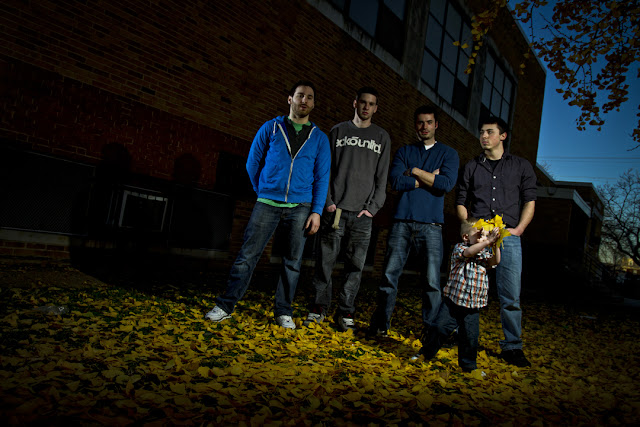 Typically, I post consistently once a week, for the most part anyway. Unfortunately, I missed sharing with my readers last week but swore I would not miss another. Short of the story is, I've been so freaking busy that I barely have had time to wipe my nose. Today is not unlike the other days of recent weeks past. I'm literally exhausted. If you are interested in hearing me rant away, please continue. If not and you just want some great nerdilicous info about lighting, well, I guess I could give a bit of that too.

Without further ado, my airing of dirty laundry.


So, your looking at the photograph above and wondering how in the hell I pulled off such a difficult feat. Wonder on my friends, wonder on. First, and most importantly, I need to blow off some steam.


I'm not saying that I don't enjoy the holidays, I'm just saying that sometimes they can be a bit tiring, both physically and mentally. Jeez, I felt like I've written this stuff before. Maybe I have and maybe I haven't but I'm just too tired to even go back to last holiday's posts to see if my writing has become redundant. Regardless, if I have or haven't, these feelings are new and fresh with a twist of the ending of another year.

Thanksgiving seems like a pre-season warm up for the big game, Christmas (Hanukkah, et. al.) and New Years. If this was the pre-season, I'm going to be in for some hell of a big game. Awaking on Thanksgiving was assisted with my old friend acid reflux. He is just a reminder now and then that my near future has lots of angst in store for me. Thank you for being so reliable old friend. Round one begins at my aunts house in the early afternoon. This is when I took a break from the insanity to do some portraits of my younger cousins. The photos herein are from that day. I did those so that I could send them to someone very close to me who won't be back on the grid for quite a while. A Greenpeace mission of sorts. Anyways, I won't go into those details.

After a gettting some awesome portraits it was back to the house to indulge in the true American pastime; turkey, mashed potatoes and all the other cliche items that makeup what is called Thanksgiving dinner. Gluttony at its best. To a foreigner, this type of behavior my seem odd, if not repulsive. As for myself, I had very small portions of the trite meal and saved room for dessert, beer. 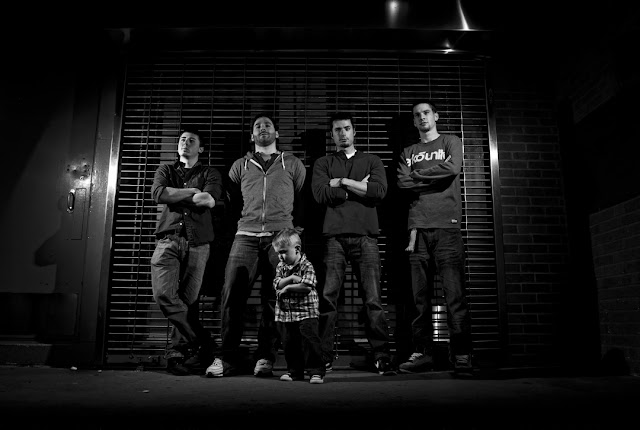 [I'm quite aware that the photos have little to do with the story but be patient, I will break them down in due time]


Heading home that Thursday night was not as typical as others. This night I had one extra passenger on board, along with the wife and myself. That extra person was my sister who was going to spend the night at my humble abode. It was early into the holiday weekend. My energy levels were quite alright at that time. A house guest, I thought, was a great idea.

It made sense to have her over since we were to head to the in-laws house on Friday for a second Thanksgiving celebration. You see, the in-laws live at the Jersey shore and my sister lives in New Jersey, right along the way. The wife and I could easily drop sis off in route to the in-laws.

And before I knew it, Friday was upon us. We hopped in the car and headed for the old Walt Whitman Bridge. Adventure number two was under way. After dropping my sister, we proceeded for another 90 minutes or so until reaching the Jersey shore.

The ambiance was quite similar at the in-laws as was at my aunts house. Television and meal prep are the standards of this holiday. Football and cranberry sauce. Ah, what a combo. Wait a minute. There was no cranberry sauce to be served at the in-laws. Uh oh! Rather, there was a pork loin wrapped around some green stuff that one would call vegetables. Hey, I'm not knocking veggies but I'm a straight meat and potatoes guy. You can leave the green things for the cows. I mean, if I absolutely must have something green, I will choke it down from time to time but I'll take a juicy filet mignon and clogged arteries over brussel sprouts anyday. Hey, if I need vitamins, I take a vitamin. Problem solved.

We eventually made it home around 9 or 10:00 p.m. on Friday night. My mind was beginning to fry so I can't give you an exact number. All I know is that we made it home and my bed was a callin'. 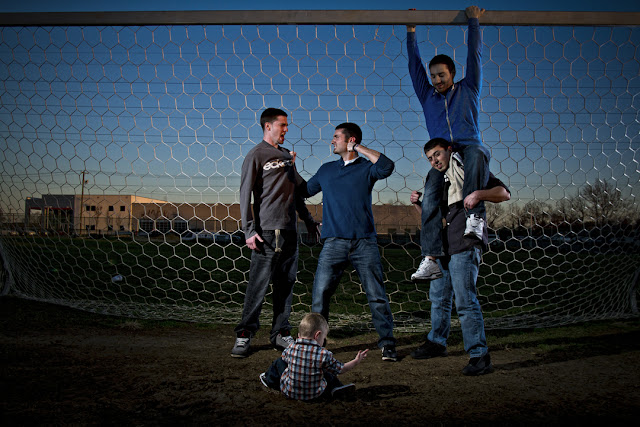 Saturday was the topper. A double whammy of sorts. Actually, now that I think of it, it could have been a triple whammy.

Here's the back story. My parents, God bless them, are divorced (a good thing, I promise you). That in itself causes such holiday confusion that if I could vote against all major holidays, I would. Rather than just visit my side and the wife's side, we add a third stop, which is to have my side separate. So, we have day of moms, day of in-laws and a day of dads. Can you spell awesome?

My dream is to just have everyone come to my house. Unfortunately that dream has yet to come true. So, I endure the hardship of driving to the moon and back over the holiday seasons.

Where was I? Oh, yeah, Saturday. Here's the deal with the days following Thanksgiving. One of them is ALWAYS spent buying the perfect Christmas tree. And we just don't buy it, we are tossed into the hills with a saw, our feet and nothing more than "good luck." Yes, traditionally, we head for Linvilla Orchards in Media, Pennsylvania to hack down our tree. Of course with our high ceilings we must get the biggest monstrosity on the farm. So big that the staff was impressed with the sheer massiveness of the fir. My body's gas was running low and chopping down a 13 foot tree and dragging it uphill some distance had put me to running on fumes. Rather than take that tree home, we head over to my father's house which is only minutes away from Media. Aside from Thanksgiving number three, we also celebrate his birthday which is on the 26th of November. The fun has become unbearable. Now, not only am I enjoying my time with my pop's side of the family, I'm also spinning my wheels knowing that there is a humongous tree strapped to the roof of my vehicle. A tree that I haven't yet figured out how to get into my home.

I stayed at pop's house a few hours and headed on home to tackle the green being. Little did I know that we also had yet another visitor. Yes, my brother-in-law had called my wife to let her know that he was in town and that he would love to come by the house for a beverage. Awesome.

Did I mention that after all of this fun that I would have to wake early this morning to prepare for another shoot? Oh yeah, it be true.

Although I was quite exhausted from the weekend I was able to pull of two amazing shoots. The first was of what you are seeing above. The other was completed just before writing here. Both had large parts in helping me keep my sanity.

Wow, I know I can sometimes rant but today was something else. If you made it this far than I take my hat off to you. As I reward, the shortest tutorial of a shoot, ever.


All three shots above were done with two strobes, off camera, triggered via Pocketwizard triggers. Each strobe, the key and the kicker were held by two trusty VALs. For each photo, I dropped the exposure by two to three stops and then added the strobe light. I went way above my sync speed and decided that at 1/320, I could get little or no banding. I kept the strobes both at half power and varied their intensity by changing the flash to subject distance as needed. Aperture was anywhere between f/5.6-8.0. Basically, I just shot at a time of day when the sun was just beginning to drop and I wouldn't have to fight too hard to overcome that ambient. Thew a quarter CTO on a speedlight for good measure. Questions? No? Good.