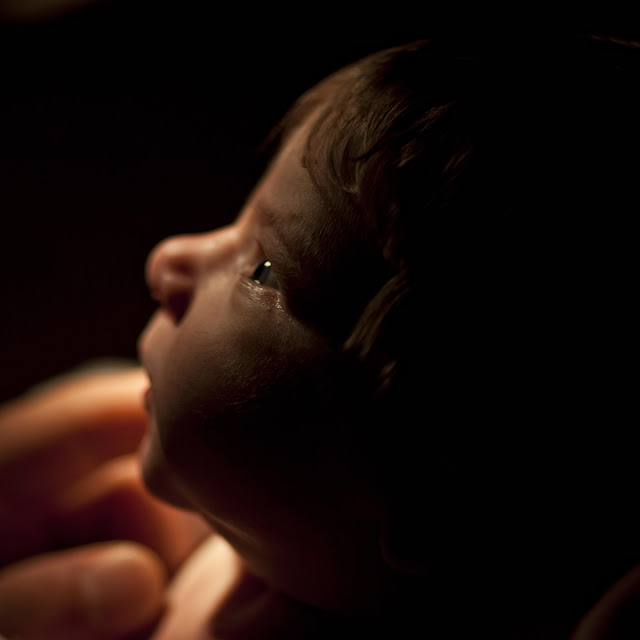 Before I get into today's post, let me first explain the changes that you've been seeing, or not been seeing, here on the blog. I posted a couple months back that the blog would indeed be going through some changes and when the final product was done, you, the readers, would know about the finished product. I thought I had nailed it down, keyword being thought. The newest layout you are seeing is by far the bestest of the bunch (Yes, I know bestest is not a word). I was so pleased until, that is, I discovered that some Internet Explorer users, due to specific versions, cannot see the images being posted. Between Microsoft and I.E., well, don't get me started. I'm a dedicated Apple and Safari user. Let's just say that I'm looking into the HTML issues and if all cannot be resolved, I'm going to search for yet another design.

And now, without further ado...


If you've been reading, you may have checked out the "maternity portraits" post that I wrote not so long ago. Well, mom gave birth to a beautiful baby girl named, Aida. It wasn't long after that I got the call do do some newborn photographs for the new family. I couldn't have been more excited.


I awoke yesterday morning with my mind going a thousand miles per hour. I had so many ideas. It wasn't long after my first cup of coffee that I began to have a mental image of how I would shoot the baby. My first thoughts were that I would want to do something a little different than the norm of baby portraits. The reason why is quite simple, that's just what I always strive to do. I was mentally developing different lighting scenarios before I even changed out of my pajamas. The other plan I had was to create a series, rather than random portraits of Aida. A series, so that Jaime and Jiro, the parents, could hang sequentially on their wall, gallery style. I packed my gear and headed for New Jersey.


On that day, I packed a bit on the light side. I knew in advance that time would be a enormous factor. The baby is barely two weeks old and I don't think she would take to well to my directives. I decided that I would only haul the DSLR and strobe bags. Left behind would be my bag-o-light-stands. The reasons I left that behind were, in my eyes, very legitimate. First of all, the equipment in that bag is very large and cumbersome. I didn't want to overpower the family's home with gigantic lightstands. Next, Aida, the child, may have been terrified of the monstrous contraptions. I could have been wrong on that part but better safe than sorry. Finally, I knew in advance that I didn't want to be fiddling around with the stands. I already mentioned that time would play a huge role in making this shoot a success so I needed to improvise and scrap the bulk. Rather than use traditional stands, I opted for the V.A.L. (voice activated lightstand). My business manager, and wife, had arrived at the residence earlier than I. She would work as my V.A.L. This would allow me to make lighting adjustments on the fly. And if need be, I would have the option of using two more V.A.L.s depending on how I would be doing my shooting. Baby on a bed frees up lots of hands.


Upon my arrival at the home, I had some new and updated thoughts on the shoot. In hindsight, it must have been the rocket fueled coffee I bought at the OCF coffee house, located at the corner of 18th and South, in Philly. Each cup of this stuff is made to order. I bought a large black fancy something or other and gulped in down during my drive to the shoot. Boy was I shaky, more than usual. Probably should have packed a tripod. I digress.

Again, my mind had some lucid thought of how I would shoot Aida. I knew exactly what I wanted and it was time to make that a reality. I had a bag packed to the rim with strobes and Pocketwizards (XOXO Pocketwizard). Although I could have pulled out every speedlight and thought up some crazy lighting scenario, I decided not to. Rather, on that day, I would use only a single strobe. Sometimes less is more and for this teeny tiny subject, one light would do the trick.

Time to Rock and Roll


Thoroughly amped up on caffeine, and Aida just waking from her nap, I was ready to fire away. The parents had their ideas of how they wanted to see their baby and I had mine. As a team we mixed and matched some ideas and prepared the little one for the shoot. As Stefanie, my business manager and V.A.L., and family worked on Aida's placement, I prepared my gear.

I decided with the one strobe that I would do two things. First was to add some warmth. I added a 1/2 CTO (color temperature orange) to the flash, via Rosco's Strobist Gels. This would fire a nice warm light, adding much life to the photograph. Next, I added a 16 degree Rogue Grid. This controls the light into a nice narrow beam, with awesome feathering control. The combo of the gel and grid would allow me to simply add a kiss of light to the newborn. I decided not to use any large mods for the simple fact that I just didn't want a large, soft wrapped light source. Looking at the photograph above, you can see exactly how the restricted light yielded just the exact amount of light that I was looking for. 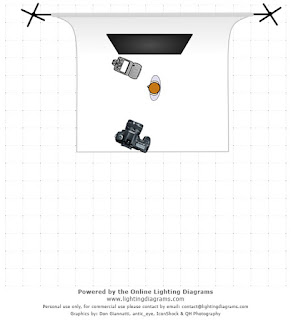 I decided to shoot with the Canon EF 85mm f/1.8 USM wide open at f/1.8. The main reason is that with this lens on a cropped sensor, (I'm feeling the 5d mark iii is closer than ever) I would not have to get up so close and personal while shooting. Not sure how she would have reacted with a wide angle in her face, probably not so great. I shot wide open so that I could also minimize my depth of field. I wanted added bokeh to some degree. Another reason I chose the large aperture was that I would be able to keep my strobe firing at a super low power. A low strobe power would allow me to fire frames at a faster rate. Another reason for the low strobe power was that I didn't want to nuke the child. At full blast, my speedlights can be quite blinding. Not sure of any long term repercussions that this would have on a newborn but I do think that in the short term it would have been very annoying.

At f/1.8 I was able to get that strobe down to 1/64 and 1/32 for different scenarios. For the image posted here, I think I was at 1/64, I think. Hell, it's a 50/50, I was either 1/64 or 1/32, take your pick. As for the rest of my exposure, I was at my typical ISO 100 (come on Canon, release it for me already!) and at a shutter of 1/100 of a second. I dropped the shutter ever so slightly so that I would be able to allow a tad bit of ambient to fall on her face. It's hardly noticeable but it's there. This helped the shadow to highlight transition be just a little smoother. Again, hardly noticeable but while I was chimping during pre-shooting prep, I opted for the slower speed.

The shooting seemed to end almost as quickly as it began. We wasted no time. I fired a few shots, Aida rested, had some of mommy's milk, and we continued to work again. This routine took place for a few rounds and it wasn't long until I knew I had the shots that were needed. Once I decided I had it, I wrapped it up.


I hadn't had a chance to edit the whole series just yet, which is why I have only posted one photo today. How I worked this one will ultimately be the process I use for each in the series, except for one small addition, I will be giving the family each in the series, one color and one black and white. What they decide to use is up to them.

There was very little processing done. In the RAW edits I only bumped up the luminance noise reduction, clarity and vibrance. Once in Photoshop, I did some obvious cropping. Square? Yes, I decided to make the series all squared. Why? I don't have a scientific explanation for this except that I think it looks sweet. Other edits include some high pass filter for added sharpness, some color correction and tonal contrast. It may look like more would have been done in post but surprisingly, and to my advantage, most was done straight through the lens. A good rule of thumb is to always try to make the shot how you want it right out of camera. Having many mistakes and simply telling yourself that you'll fix it later in Photoshop, becomes problematic. Get it right from the get go! You'll thank yourself in the long run. You will end up saving time and money this way. Amazing how anyone, and I was guilty of it at one point, could spend hours just fixing in post. Problems that could have easily been avoided had the photographer been paying more attention to details during the shoot.


I was watching a Chase Jarvis podcast, as I often do, and he (or guest, my brain isn't remembering at the moment) said something that was priceless, in my opinion anyway. I won't quote but is was along the lines of, you are becoming a better photographer when the ideas you have in your head, your plans become closer and closer when actually shooting. When the ideas closely match the photo, that is when you know you are perfecting your skills. On the other hand, if your photos don't look anything like what you had imagined, you have lots of work to do. It was very refreshing to see the outcome of this shoot. The photos were almost identical to what I had envisioned when I woke up yesterday morning.

I'm having a craving for meat loaf and mashed potatoes, not sure why, just am. Speaking of food, I was planning on today's post to be about my newest Doritos discovery. Unfortunately, my business manager did not allow me this freedom. My discovery obviously will not be posted today but I promise to sneak it in under the radar sooner than later.

With that, I bid you farewell and until next time...