headshots - a different take on the subject 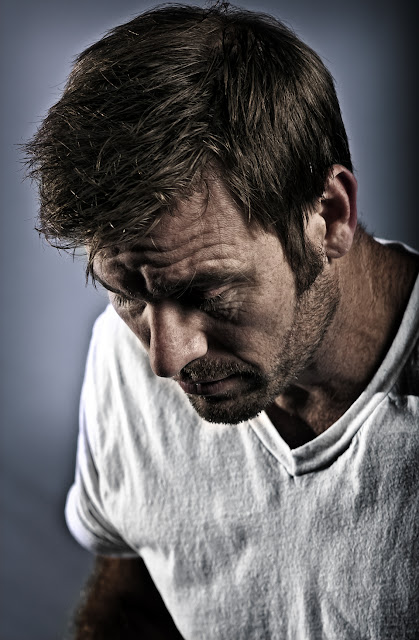 9/11, hard to believe it was on this day, ten years ago, that the awful tragedy happened. I remember it as if it were yesterday. Each minute of the morning's events so explicit in my brain, where I was, what I was doing and what was happening. I just wanted to start off today's post with sending out my thoughts, prayers and condolences to those who lost loved ones the unforgettable day that will never be forgotten in the world's history.

Cliche? I don't think so. What kind of person would I be had I not given a little shout out to the world?


Back to business. Today, I'd like to discuss a variation of the headshot. So often do headshots look like they were made from the same template, over and over again. You know the ones I'm speaking of, typical direction from the photographer such as, tilt your head just a bit to the side, chin down, yada, yada, yada. Now smile, all the while the subject plasters the most unnatural grin across his or her mug.

Let's today veer off of that path for a moment and explore a different take on the subject.

As I sit here nursing myself back to normalcy after a long Saturday day and night, I will share with you how and why I pulled off the photograph herein. Yes, Saturday was quite the day. There was a clam bake held in my brother's honor at Fathom, one kick ass seafood restaurant in the Fishtown section of Philadelphia. After hours upon hours of socializing/networking, I headed for home when some others that were attending the celebration ended up at my house as well. Needless to say, after a late night of microbrews from around the globe, yours truly had the opportunity to sleep in, and that I did. Needed to awake with a fresh train of thought so that I could produce enough words to call an article, without going down in flames as was done [here].


If you've been reading the blog for some time than you may recognize the man in the photo. That man is one Ellis Walding and yes he has made more than one appearance here in posts titled "cool, edgy black and white photography" and "headshots 101." You can find out more about him in those posts. So, without going into too much detail, Ellis is a Philadelphia based model and actor that has done everything from modeling for countless romance novel covers to a role in Sex and the City to being a body double for Gerard Butler in Law Abiding Citizen. You can find more of his credentials [here] on his IMDB page.

I was recently contacted by Ellis and he discussed his need for a new and updated headshot. The thing with actors and their headshots is that they always need to have them updated. It may seem a bit strange to you and I but think about it from their perspective. Their headshot is a very significant part of their resume. Thinking in terms of resume, it makes sense that one would need to update it every so often. Ellis was auditioning for a something that he had not done before. Something that would call for a newer take, from a photography standpoint, on how he would be portrayed. I was up for the challenge, to say the least.

To Hip To Be Old, To Old To Be Hip


Take a moment to ponder that little yet important phrase. I had sent a quasi contact sheet to the actor, to get some opinion of what shots he was leaning towards. He emailed me with that phrase in the subject line. Let me elaborate.

The gig he was auditioning for was that of a middle-aged man. This was for an ad campaign where the agency was looking for someone without the run-of-the-mill good looks. They wanted the man to have some wrinkles, tattoos and even some gray hair.

Ellis and I collaborated on how he would be shot. I told him that I would not want to light him as I have in the past. In the past, I have provided him with headshots that were done with very soft light sources, taking away from any signs of aging. This shoot, on the other hand, would emphasize how he has aged. I explained to him that I would use harder light sources, adding more shadows in the process. He loved the idea, we set the date and soon enough, shooting would be under way.


Upon arrival to my humble abode/studio, Ellis and I began working almost immediately as both of us were on very tight schedules. After a few lighting and exposure adjustments we were under way. We had already discussed that the lighting scenario would be a bit different for the sole purpose of aging the actor but we hadn't discussed any posing. Rather than get too technical, we decided to shoot from the hip. Some of my favorite shots are executed in this fashion.

Together we came up with a number of different "looks." I shot for under an hour. In that time frame, I nailed down close to 200 very usable frames.

Here's the  kicker; Although I was capturing him with the typical happy face shots, I managed to rip off some frames while between poses. As a photographer, I aim to capture true emotion, along with the stuff that is necessary for the shoot. It is the raw emotions that usually yield the most brilliant of photographs. These are usually brought on by simply questioning the subject, about personal subject matter. Just getting the subject to think, rather than pose, can stir up some very interesting emotions which in turn cause the person to make some very strange, unusual and yet stunning faces along the way.

In the image above, one may feel that the photograph evokes a sense of sadness and despair. It may just be my opinion but when I look at the final product, I feel that there are some intense happenings going on there, with a hint of awkwardness. Again, that's just my opinion, I could be wrong.


So, what did he choose for his final headshot? Well, although I was a bit dismayed, Ellis did not choose this particular photo for his new and updated resume. I can't say I was surprised though. He did like the image but he thought it would be a bit extreme for his needs. Yep, he went with the usual happy face photo. I knew deep down that he probably wouldn't have used this portrait for an audition but a boy could dream right? The truth is, it is not your industry's standard for a headshot submission but for an editorial piece or lead for an article, a headshot like this would knock the socks off of some editors in the field.


I had a point somewhere along the way, just having a brain fart. Oh yeah, variety. As dorky as it sounds, variety is the spice of life. Given the opportunity, if you are doing some portrait or headshot work, try to get numerous styles, poses and emotions out of the subject. Hell, even if the client doesn't want to go to print with the strange and unusual, you may get yourself an awesome portfolio piece. Don't be afraid to shoot, outside the box. And, as a little added note, you don't need to have your subject staring into your glass like a deer in the headlights, for every stinkin' frame. Get creative for the sake of creativity. 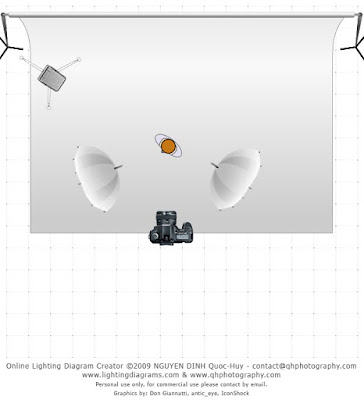 Anyway, you thought you could run and hide from it but any post here wouldn't be complete without some nerdy-ness from yours truly. So, without further ado, the nuts and bolts of the shoot.

The exposure was at 1/250 shutter, ISO 100, with an aperture of f/5.0. This got me just the right amount of ambient, which was zip, zero, nada. The photo called for pure strobe work. I went a bit tighter on the aperture so that if needed I could tweak the strobes via f-stops. Remember, aperture controls flash while the shutter controls ambient. At f/5.0 I'd be able to add or reduce strobe power on the fly by simply tweaking the aperture by a stop or two, in either direction. Sounding like a broken record, I kept the ISO (ASA) at 100 to minimize any undesirable noise (grain). My heart yearns for the release of the Canon 5d mark iii. I digress.

I went with three speedlights or speedlites or strobes or whatever you like to call the flash these days. Two were placed upon 45 inch shoot through brollies. They were both powered down to 1/16. The were angled high and down on the subject. Both strobes zoomed to the max to narrow the beam of light, creating harder highlight to shadow transitioning. The third strobe was off to the rear of the subject, at camera left. That flash head was also zoomed but powered one stop above the others. It would act as the kicker or rim, take your pick. The kicker adds some nice pop and dimension to the photograph, a 3-D effect if you will. And, as you all may know, all three were triggered via the three little loves of my life, Pocketwizards. XOXO Pocketwizard!

It may not look like it but the chosen background was 4 1/2 foot Arctic white seamless. White? Yes, I'll get there, chill out. All of my grip (lightstands, crossbars, etc.) came to me courtesy of Calumet, along with my debit card of course.

I went a little wild with post production, something I don't usually do. I just was feeling so much creativity with this one that I couldn't half-ass it. It needed some extra lovin' in the digital darkroom and I was willing to give it all I had. It may seem like a ton of work when in reality, it actually didn't take too long. I first did some basic exposure tweaking in Adobe's RAW editor. Next, I opened Photoshop, the CS5.5 Master's Collection of course (BTW, not necessary for everyone, especially at such a hefty price tag. Simply purchasing Photoshop on its own is more than enough, even for pros). Anyways, I first do all color corrections via Curves, Levels, and Nik Color Efex Pro plugin. I then begin with my adjustment layers. The first is to give a bump in sharpness by which I add some High Pass Filter to a black and white layer, to avoid screwing with any colored pixels. Once added I then added the blue tint to the seamless white. That was done with the Hue/Saturation adjustment layer. After things were almost complete, I wanted to bring out his age and look of despair. I wanted to deemphasize any prettiness. To do so, I did some Tonal Contrast adjustments via Nik Color Efex Pro. Last but not least, I added a bit of vignette for taste. I then flatten the layers into one and save that baby as a .jpg and call it quits for the day.

Just to give you a sense of time and how long something like this would take, from setting lights to saving the final image, let me give you a brief overview.

The point there is that it doesn't take a lifetime to get an spectacular image. The complexity of the set and software may be intimidating and deceiving. It's not, get out there and shoot.