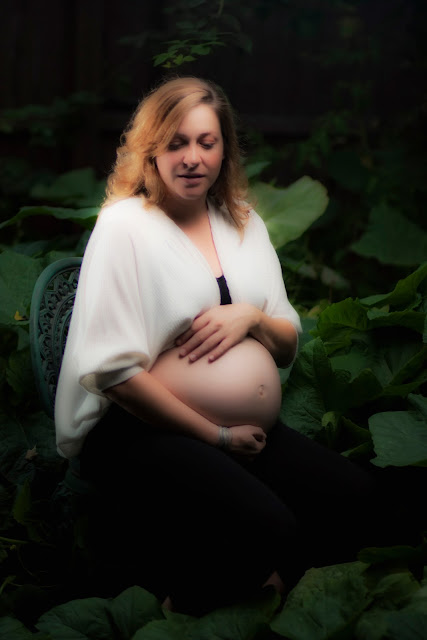 As I am battling through Hurricane Irene, I have crawled to my computer to share a post in, what some have called, the storm of the century. Luckily, I have a full tank of gas, a bathtub full of water, bread and dozens of candles. I will try my best to complete this post, hoping that a 100 mph gust of wind will not lift me off of my chair and take me across town.

By the way, that was a complete lie, except for the bread part. There is a nice loaf of bread in the kitchen from the Metropolitan Bakery, located at 19th and Manning streets, just below Rittenhouse Park. Anyways, no, I did not do any preparations for the hundred year storm. If my memory serves me correctly, I don't even think I have a quarter tank of gas.

Why am I sharing these intimate thoughts with my fellow photographers? Well, quite frankly, I am a little bit disappointed.
come on irene


Ok, I don't mean to sound "off" or anything but yes, I was a bit annoyed/disappointed about the outcome of Irene. This is not to say I would want harm to come to anyone. That is a terrible thought. But, on the other hand, I was hoping for just a tad of chaos. The news had the storm coming right through Philly, with some room to spare. Since Friday, about 48 hours before the storm was to hit this area, I was glued to The Weather Channel. Saturday morning the rain began along with my excitement. The heaviest part of the storm was to pass through Philly, Saturday night into Sunday afternoon. What do I wake to today? A rainless yet slightly breezy Sunday. If I'm not mistaken, I believe there is a tiny flower pot, on the balcony, that has blown over. Not sure if I should call in a claim or not. Some dirt did spill and I do have receipts.

All I have to say is that I know that I'm not the only one that was hoping for a little destruction, minus the human factor. The earthquake, earlier in the week, was much more exciting than this crappy phenomenon.

All joking aside, my thoughts and prayers go out to those who got hit, hard.


Wow, I don't even know where to begin. How does one transition from natural disaster to pregnancy portraiture? Should be about as smooth as sandpaper. As your reading this, five minutes has just past as I have just stared at the screen without a thought in my brain. Rather than think of a transition, I, instead, decided to grab some goldfish. A cheesy delicious snack and they're baked! Speaking of baked, let's talk about the photograph posted herein and how I cooked up the idea.

That was my best attempt. Feel free to print this article and put a torch to it.


Now that I've cleared my head of some odd randomness, I would like to share my approach to shooting some maternity portraits. The subject was one very pregnant Jaime Wess. Her significant other, Jiro (pronounced like the delicious Greek sandwich, Gyro) was also in the shoot but obviously not in this particular photo. Those were shot in a different location with a totally different lighting scenario. Not wanting to bore you to death with details of two images, I chose this one for no particular reason. So, now, without further ado, the brilliant teachings of, me.


Arriving at Jaime's home in Hamilton Square, New Jersey, I quickly notice the highly intriguing garden they had in the back yard. Little did I know, it was a pumpkin patch. I have to say, I don't think I've every gone to a home that people were growing pumpkins. Maybe I had been but just didn't know it. Regardless, I immediately thought that it would be an awesome spot to shoot a few frames.

The shooting began indoors. I wanted to get the couple shot against a clean white background. The master bedroom had white curtains that would do the trick. After a few wardrobe changes, the bedroom shots were completed. I broke down the lights and headed out back to shoot in the garden.

Time played an important factor, as it usually does, to pull off the garden segment of the shoot. The clouds were dark and it was inevitable that a storm was headed our way. I kept the lighting as simple, yet as dramatic, as I could pull off in little time.

I decided to setup only two strobes. One would work as the key and the other one as a kicker, for her hair. I placed one strobe at approximately six feet from her placement. It was sitting bare on a stand, camera left. I had this strobe zoomed to its max to focus the beam of light mainly on her hair. I forget the power setting but if I had to guess, somewhere around 1/4 power. For my main light, I had another strobe, on a stand, shooting through a 45 inch brolly. I wanted this light to come down on the subject, almost directly down from overhead. This angle would, and did, produce very dramatic lighting. Simply using a light stand for this angle would not suffice as it would enter the frame of the shot. For this angle, one would need a boom. I did not have a boom handy so I had to improvise. How so you ask? It is a tool that many photographers use and can be found just about anywhere. It's called a V.A.L. This stands for, voice activated light stand. I know what you are thinking, A voice activated light stand must cost big bucks. Fear not, the V.A.L. is free of charge. Where can you find this awesome piece of grip for free? Just look around you, if it has legs arms and a heartbeat, you're in luck. The V.A.L. is the carbon based life form which we call humans. Yes, this tool is priceless and very available. On that particular day, my wife/business manager, Stefanie, was the chosen V.A.L. She held that brollied strobe directly over Jaime's head. Again, not sure of that strobes setting but if I had to guess, around 1/8 power.

As for the camera settings, I was in full manual mode, as always, with the following exposure readings. I was at ISO 100 with a shutter speed of 1/200 and an aperture of f/1.8. This exposure gave me just enough ambient to work with the strobes. Had I wanted to throw in some more ambient, I would have dropped to a shutter of 1/125. On the other hand, had I wanted to decrease the power from the strobes, I would have stopped down to f/2.8, which would yield approximately a one stop drop in flash power. The point I'm trying to make here is this:

Think about that statement for a second. Try to wrap your head around it. How can Shutter speed effect ambient but not flash output? How can aperture effect the flash output but not the ambient? How is the ISO (ASA) the master of both worlds? It is, it does and that's just it. Good enough? Basically, it is due to some complex laws of physics that I am not going to attempt to explain. My mind is on goldfish and hurricanes. I doubt I would make a lucid explanation of the physics of lighting. I am not exactly on point today. Hey, s**t happens, get over it. I can't be a Tolstoy every week.

Back to business. Ok, in record time I was able to get about 50 frames of Jaime in the pumpkin patch. We made it back indoors, literally, seconds before the rain began. 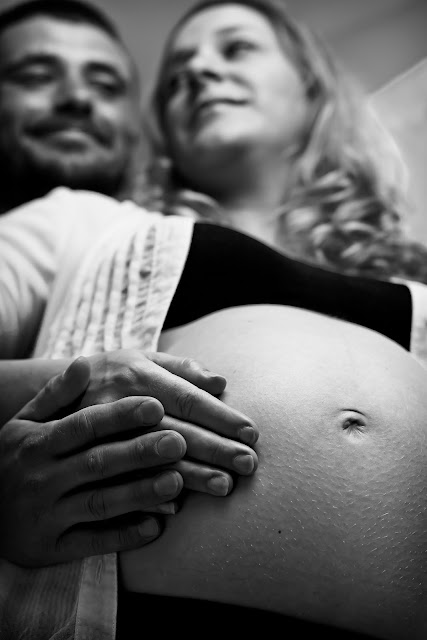 Ok, so I had the uncontrollable urge to post one of the shots with the couple posing together. I'm not going to tell you any tech details of the shot except one. It was converted to black and white in post.

Most of the editing was done in Photoshop but the softening process began in the Adobe Camera RAW editor. 99.9% of the time, in the RAW editor, I usually bump the Clarity slider up to some degree. It is just a matter of taste and style. For the image of Jaime, I did just the opposite. Rather than bump up the Clarity, I drug it down into the negative world. It gives a beginning of a soft focused image.

Once opened in Photoshop, I adjust the usual suspects, color correction, levels, curves, et. al. After all editing and cleanup is completed, I enter Nik Color Efex Pro plugin to increase the softness even more. In the plugin suite the Glamour Glow option is the key to the effect. Once added, it is thrown onto a new layer where I drop the opacity to about 30%. Once the opacity is dropped I then flatten the layers, convert to jpeg and save. that is about the extent of it.

Boy, thank goodness this one is nearing an end. My brain is far from focused today. Now that I think of it, it is probably due to the fact that the wife and I stayed up until 3 a.m., enjoying some Micheladas while watching, make that, waiting for Irene. Today's cocktail of Motrin, Gatorade and coffee hasn't done the trick just yet.

Happy hurricane and until next time...