preparing for a photo shoot 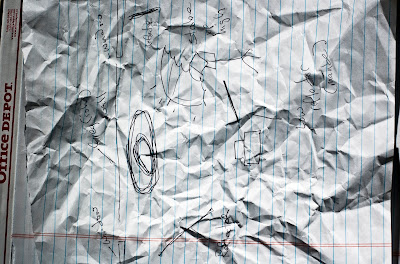 With less than 24 hours to go, I have my work cut out for me. Have a shoot in the early afternoon tomorrow. Ideas are scattered thus far. I have to come up with something and fast.

Today, I will give you the start to finish of how I (keyword being I) prepare for a shoot. Sure, there are plenty of times when I just wing it and winging it can often yield great results. But winging it is also a crap shoot. It is better to have a solid plan in place and then improvise the day of, if all else is seeming to fail.


Brainstorming is where it all begins. As a photographer, I can sometimes visualize the shoot in my head and with those thoughts, build. I can have a preconceived notion of how I want to light the subject or where I want to shoot them. Other times this task can be somewhat difficult. Ideas sometimes run out.

What to do when your right brain is fresh out of creative photography ideas? Take the advice of Timothy Leary and expand your mind with the help of LSD. That was a joke people. No, when I run out of ideas for planning an upcoming photo shoot, I just brainstorm a bit.

My brainstorming can start anywhere from jotting down some ideas on a napkin or looking online at some creative websites. I do whatever it takes to get the creative juices flowing. A few times I've found myself watching movies to look for interesting lighting scenarios. It really doesn't matter how you get the brainstorming to start snowballing, just find a way and roll with it. Once the ideas are ignited, I try and make mental or physical notes.


Before thinking of the set or location of shoot, I first have to consider the subject of that particular shoot. I consider everything about that person and the end purpose of the gig.

Why am I shooting this person? If I know why I can think of how I can put that person into a particular character. To give an example, let's say for the articles sake, I have to shoot a tennis player. I wouldn't want to shoot that person on a football field. Actually, that could be kind of cool. Bad example. Ok, let's say I'm shooting a veterinarian. I probably would avoid shooting them in a slaughter house. On the other hand, that could be an awesome photo that would stir up lots of controversy. You get my point I'm sure. Think of the subject, what they do and build from that.

First of all, when I say photograph, I'm talking about your gear choices as well as angles. If I'm shooting a person with a huge nose, it probably wouldn't be in your best interest to use a wide angle lens, unless of course you are trying to purposely make the nose appear even bigger than it is in reality. Ideally, you would choose a longer lens to tone down exaggerated features.

Angles are equally important. Thinking of that same nose, you want to try and position yourself and the subject in such a way that attention will not draw the eyes towards that feature. For that particular nose, you probably would avoid shooting a profile.

As lens choices and and angles are important things to consider, light, is equally, if not more, important. Light plays a huge role in photography. Actually, without light there would be no photographs. Somebody in history said that, not quite sure who it was but it kinda makes sense. As for lighting choices, you again, must think of the subject to be shot. It would be ideal to use super soft lighting when shooting a swimsuit model. On the other hand, this light may not work so well if you are shooting a bodybuilder. Shooting a bodybuilder would require lots of focused beams of light to accentuate the form. Soft light would defeat the purpose of that type of shoot.

If you don't know what the subject looks like before a shoot, don't fear. You can always plan on the day of, it just saves some time knowing in advance what the person looks like. Think about the bodybuilder. Knowing in advance that I would need to shoot very focused light, I would have time to be sure I have enough snoots, grids and gobos. If any were missing, I'd have time to run to the local Calumet to grab whatever it is that I would need.


I touched on this earlier. Once you know all about your model/subject, you want to place them in an environment that will ultimately tell a story when somebody is viewing the photo.

Have a mechanic to shoot? Shoot them in their garage. It makes sense. Now, as I mentioned earlier, you can always contrast the location to the subject. That is will make awesome artistic photographs. Usually, the client will not have that in mind. A police officer may not want to have their photo taken in a head shop. A priest may not what to be photographed in a Chuckie Cheese's. Artistic, absolutely. Dangerous, you bet.

Just be careful when playing that game. It may be safer to get a model in costume for a shoot like that.

An excellent way to plan for which background to use is to go out and scout the locations. One of the best ways is to bring along that second camera. I'm speaking of the camera in your cell phone. If you don't have a camera in your phone then it's time to get rid of that rotary phone and step into this century. I think the cell phone camera is awesome to document locations that would be good for a shoot. The great thing about today's phones are their ability to geo-tag where a photo was taken. I'm not sure of which brands have this capability but I do know that my iPhone can do this. Let's say that I'm out on a random afternoon walking by some interesting place that I think would make for an awesome background. Rather than memorize this place, I simply snap a shot with the iPhone and the technology does the rest. I have tons of locations stored in the phone for those days I need some location inspiration.

Step Four  -  Putting it Together


Ideas grow like weeds once the seed is planted in your brain. You now know every detail about who and where you are going to shoot a particular subject. Next, is to think about that space. How will it accommodate your equipment? Are there any hazardous materials that you should know about? Knowing all of these things in advance will save you lots of headaches the day of shooting.

Just like in the photo above, once the ideas start coming together, I start to put it all down on paper. Nothing is written in stone but it can be a great visual guide and starting point of how you will begin the day's shoot.


The clock is now ticking.  I have about 20 hours to go. An absolutely enormous disaster would be that your biggest player in the shoot doesn't show. The camera fell in the toilet. Don't know how but the hugely expensive piece of equipment, and your only camera, has taken a crap, literally. This would give you time to get over to your nearest pro photography store and rent some equipment. Problem solved by the skin of your teeth.

I didn't actually drop my camera in the toilet. If I did, I probably wouldn't admit that here as it would be difficult to explain. No, I was making a point. With little time left, it would make big sense to do an equipment check. Make sure everything is properly working. Charge all batteries. Buy backup batteries. Clear the sensor of dust. Wipe the lenses down. Test your strobes. Examine each and every piece of equipment as if you were about to perform brain surgery with this gear. If you decided to be lazy and assume that everything is in working order, you would only be hurting yourself. Minimize any risk of disaster before the actual shooting day. It will give you time to replace anything that has gone bad. Trust me, electronics go bad from time to time.

To Sum it Up


With less than 20 hours to shoot, I've prepped everything that I possibly could. Batteries are being charged as we speak. Gear is working impeccably. My head has multiple lighting scenarios flying around. I've scribbled a few different ideas on paper. I'm almost ready to go.


I know some of you want to know how the photo above was lit. Fine. It's what this is all about right?

I looked at the crumbled paper and thought that it would look great if those wrinkles could be brought out. Direct light would flatten the paper. I grabbed the strobe and with no mods, lit the paper from the side. The raking of light would bring out the texture. I went down to 1/64 power and somewhere around f/11 at 1/250.

It took about three minutes to gear up and shoot this. Probably took longer to unpack the gear than it did to shoot the paper.